Supergrass star, Danny Goffey, has just released a new video for his latest single under the guise of Vangoffey.

‘Sucker’ is a no-frills tale of a failed romantic pursuit, which showcases Goffey’s knack for amusing, relatable story-telling – exemplified in classic Supergrass hits ‘Alright’, ‘Caught By The Fuzz’ and ‘Late In The Day’ – and the video features step-daughter, Daisy Lowe, in period dress, possessed; dancing in her sleep through corridors and down an old Victorian stairwell.

“It was such a joy being part of the video,” said Daisy. “Danny has always been a very inspiring part of my life and he makes me giggle so much, so shooting the video was just loads of fun. I loved letting his music take over me and dancing like a possessed Victorian lady!”

It’s just over 20 years since Supergrass’ breakthrough hit album ‘I Should Coco’ was released, and Goffey has had a fantastic career – from the whirlwind days of Britpop, experiencing Supergrass’ incredibly rapid rise to the top of the charts in the ‘90s, to his brief stint touring with Babyshambles in their heyday.

Goffey’s new line up with Vangoffey is considered something of a super-group, consisting of Drew McConnell from Babyshambles, Louis Eliot from Rialto, and the son of Florence & the Machine producer and Pulp bassist Steve Mackey – Marley Mackey.

The multi-instrumentalist currently resides in Somerset with his wife Pearl Lowe, singer of ‘90s post-punk band Powder, and mother of Daisy. We threw a few ‘Sucker’ inspired questions his way, check this out…

We’re loving the video for ‘Sucker’, could you please tell us more about the concept and how Daisy came to be involved?

I originally wanted a travelling-minstrels-style parade down a long Roman road. Bad weather was forecast so we changed it to be filmed inside my house. Stroma Cairnes directed it and Pearl (Lowe) styled the characters. We filmed it in a day which was quite hectic. Daisy really wanted to be in one of the Vangoffey videos as her brothers and sisters had all been in my other videos, so this was perfect.

You’ve got a cool line-up, who was involved in the songwriting process?

I do all the lyrics and music on my own. I co-produced the album with Simon Byrt. The live band are really great players and hopefully we can do some live recording together in the future.

“Let’s just have a dance,” …if you could dance with anyone, past or present, who would it be?

I’d dance with Rudolf Nureyev and Steven Hawking. While Nureyev throws me around, Hawking could heckle from the side.

Have you got the moves? And who would you compare yourself to on the dancefloor?

No… I don’t have the moves. I’d compare myself to ‘the local Vicar’.

We want to join YOUR book club… what would be on the reading list?

My book club is all about great musical biographies. The discussions are more like drunken rants.

Tell us your best joke? If you have one…

Too blue for you!

Alright, alright… anything exciting in the pipeline for Vangoffey?

Glastonbury will be fun. I’ve also just started recording the next album at Distiller’s studio in Bath.

We really want to see that dancing scenario.

‘Sucker’ is the third single to be taken from Vangoffey’s debut album, Take Your Jacket Off & Get Into It, released in October 2015 via Distiller Records. 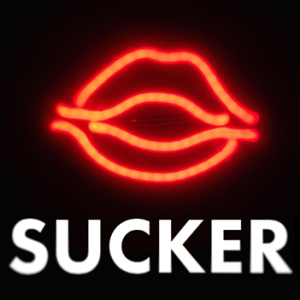