Ask the DJ: ARK – Top 10 Songs to Listen to With Your Eyes Closed

Today sees the release of the second single by ARK. ‘Operator’ is the captivating follow-up to ‘Made For Us’, which generated over half a million streams on Spotify in the first six weeks of release.

‘Operator’ was inspired by the singer/songwriter’s experience of moving back to London from the suburbs and the overwhelming sense of big city life, “It’s a song that needed to be written in order for me to let go and embrace the vulnerability that we all feel here in London!” The lush arrangements and soundscape provide dramatic support to ARK’s stunning vocal and its hypnotic blend of power and delicacy.

Listen to ‘Operator’ HERE and check out ARK’s top 10 songs to listen to with your eyes closed, below.

“It’s all sounding pretty chilled, and then out of nowhere, the chorus arrives, and your heart is ripped out of your chest. A perfectly magical and nostalgic song.”

“Listen to this song late at night if you’re up for some spooky but sexy dreams and imagine you’re Robert Smith in the video. It’s great fun.”

“Anyone who knows me well, knows how big a fan I am of Feist. It’s a Sunday evening, you’re probably still hungover from last night and you don’t want Monday to come around, so you put this on and it makes everything ok. She’s the best.”

“Does this need an explanation?”

“This completely transports me to this wonderfully peaceful yet melancholic place. I’m obsessed with this lady and her songwriting.”

“Moses Sumney’s music is so intricate and deserves nothing less than your full attention. Lie down, close your eyes and let this lift you up and into outer space. See you on the other side!”

“Such a simple and pure song. I’ve definitely missed someone and had a good cry to this!”

“The title says it all. Just wait for the saxophones… SMOKIN’.”

“I knew I had to get a Radiohead song in here, but I wasn’t sure which one. This song is almost prayer like and I love the way it builds. Not to mention the lyrics! Incredible. Yes. Oui. Radiohead f-o-r-e-v-e-r.”

“Last but not least, Queen B. Ok so maybe don’t listen to this with your eyes closed the first time around because the video is just the definition of FIERCE and you have to watch it, but I won’t lie, I’ve definitely blasted this out the speakers and pretended to be her. Eyes closed, eyes open, either way… This will make you feel badass and powerful.”

‘Operator’ is out now. 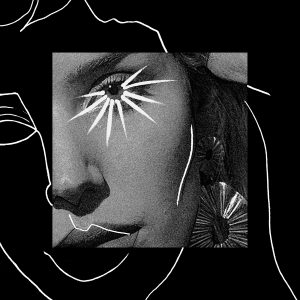