On her latest album, 12 enchanting songs were fashioned with a collection of vintage instruments, most of which have been in her or her families possession for most of her life. Her very first guitar, trumpet, a double bass inherited from her uncle and a recently acquired Schimmel: an upright piano dating back to 1930.

“Clarity is about the search for your true self. As we grow up we learn to build walls around ourselves, wear masks, hide what we feel and therefor who we truly are, what we long for and what we dream of. Clarity is about breaking away these safe walls, accepting and embracing your roots and legacy, letting go of the past and the awareness that you are only truly unique in your most purest form. It is the moment of Clarity that you feel what really matters to you. Family, tradition and love. Taking that step into the open, revealing yourself and learning to share your true feelings.’

iET has playlisted 10 songs from her top 10 vinyl albums; check them out.

“Nina is a big inspiration, the way she brings the story with her words and melodies, so meaningful and powerful.”

“I love Agnes Obel, the sound she creates, her voice, the piano, magical. She really inspired me to play piano on my new album, Clarity.”

“I love the depth in Trixie’s voice and the fact that she plays many instruments with a very specific approach and sound. Love her power and her independence as an artist.”

“I have listened to this record many times. I love that it sounds so real and that it is an improvisation. It feels like I am actually in the audience when I listen to it. The way he hums along sometimes when he plays and stamps his feet. Like him and the piano become one.”

“This is my favourite record of Erykah. ‘My Eyes Are Green’ and ‘Bag Lady’ are timeless songs . It is one of the reasons I reached out to Russell Elevado to work with him for my previous record, So Unreal, since he engineered and mixed it.”

“I was really intrigued by this artist after seeing the documentary that was made about him. Love the raw sound of the record and those string arrangements are truly amazing!”

7. D’Angelo and The Vanguard – Black Messiah

“I have been waiting for this record to come out, just like everybody else i guess :) I really love the message it brings. Absolute favourite song of mine is ‘Really Love’. I really admire the fact that d’Angelo is an artists that mixes so many different styles and vibes and that his music is not easily placed in a box, it is just him, his vision. Of course he also has the best engineer/mixer ever :) The sound of that album is just amazing!”

“I think i have always felt related to Jeff Buckley in his way of singing and writing. The soul he has and the classical feel he has a bit in his voice, his amazing melodies. When he sings a dreamworld starts and you feel like you will drown in his voice and songs.. Very emotional.”

“The way he plays the nylon string guitar and his melodies really move me. When his album just came out i bought the vinyl right away and listened to it many many  times. I love the warmth of the album and dreaminess of the arrangements and lyrics.”

“I just bought this record last week but I really love it, especially ‘Daydreaming’… it really touches my heart.”

iET’s Clarity is out now. 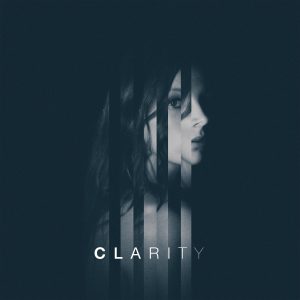