Berlin MyFest: May Day in Kreuzberg

Erster Mai – May Day – is a nationwide holiday in Germany that takes place on, you guessed it, the 1st of May. In most parts of the country, it’s a pretty uneventful day-off that has links to trade union rallies, proletariat boozing and dodgy Schlager tunes. However, in Berlin’s Kreuzberg it’s a completely different story; May Day represents a much more volatile affair that’s founded upon mass protest and left-wing activism. Although there’s a glaringly political element to the day’s festivities, the district becomes one big anarchistic carnival, where DJs play out of windows to revellers below and spontaneous parties erupt on street corners.

So, last Friday I headed straight into the epicentre of the carnage to see what all the commotion is about, and after cramming myself into a spot half my size on an already heaving U-Bahn train, I knew it wouldn’t be sparse on the people front.  Squeezing out of the station at Kottbusser Tor it quickly dawned on me that moving anywhere in a hurry would be a waste of time, better idea to stock up on beers before attempting to weave through the crowds. 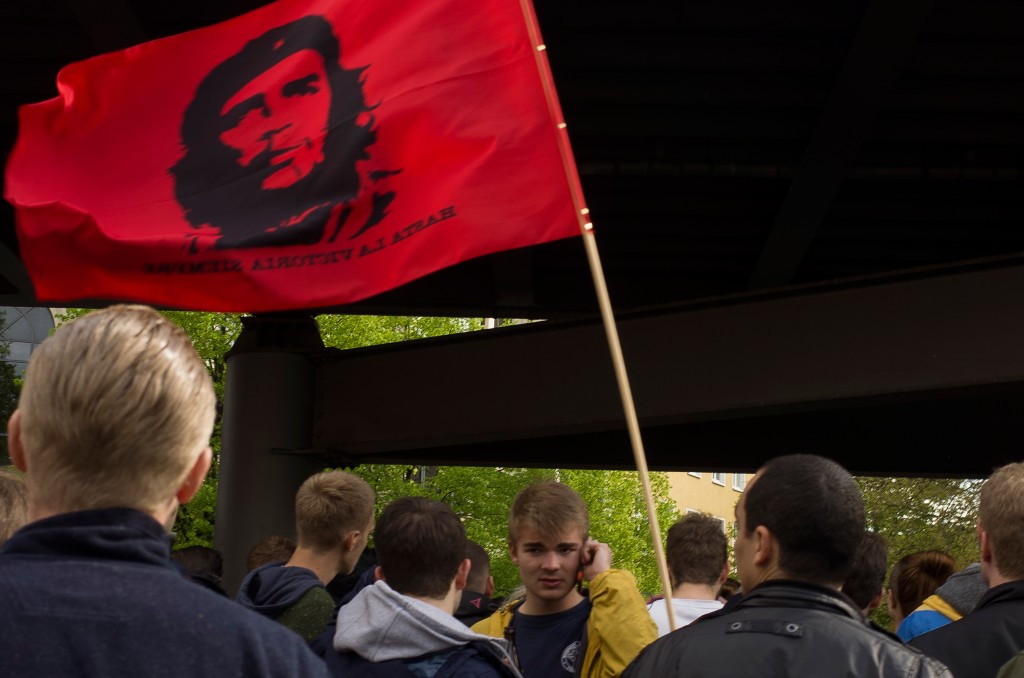 Armed with lager, I walked up Skalitzer Strasse to meet with mates. On this convoluted journey not only did I ponder how best to navigate the human sea in front of me, I also clocked the heavy police presence – one side of the road looked like a punitive parade of blue flashing lights and mob-ready coppers, complete overkill, or so I thought, given the euphoric mood I had gauged so far. The next sensory experience that clipped my ears was the mad sound-clash pumping out onto the pavement. Within the space of two hundred meters I heard Pink Floyd roaring forth from a rig, layers of Basic Channel-style minimal coaxing me towards a bouncing throng beside a bar, and bashment of the ilk you’d expect to note blasting out of a Carnival sound system.

After spending a good few hours traversing the smorgasbord of music on offer, we took a pause and enjoyed a sepia dusk in Görlitzer Park, before descending on a night-time Kreuzberg that had undergone a complete transformation in vibe since the sun had dipped. The thick trunk of dark-clad activists we intersected earlier on during our travels had broken up and the police were clearly trying to contain the situation with some overtly heavy-handed tactics. When we eventually sourced a bar knocking out some solid Chicago house, it began to get increasingly bizarre watching party goers having it against a chaotic backdrop of swarming Old Bill, droning helicopter rotors and the occasional burst of a lone firework. A few more sets later, and with energy expended, we decided to call time. 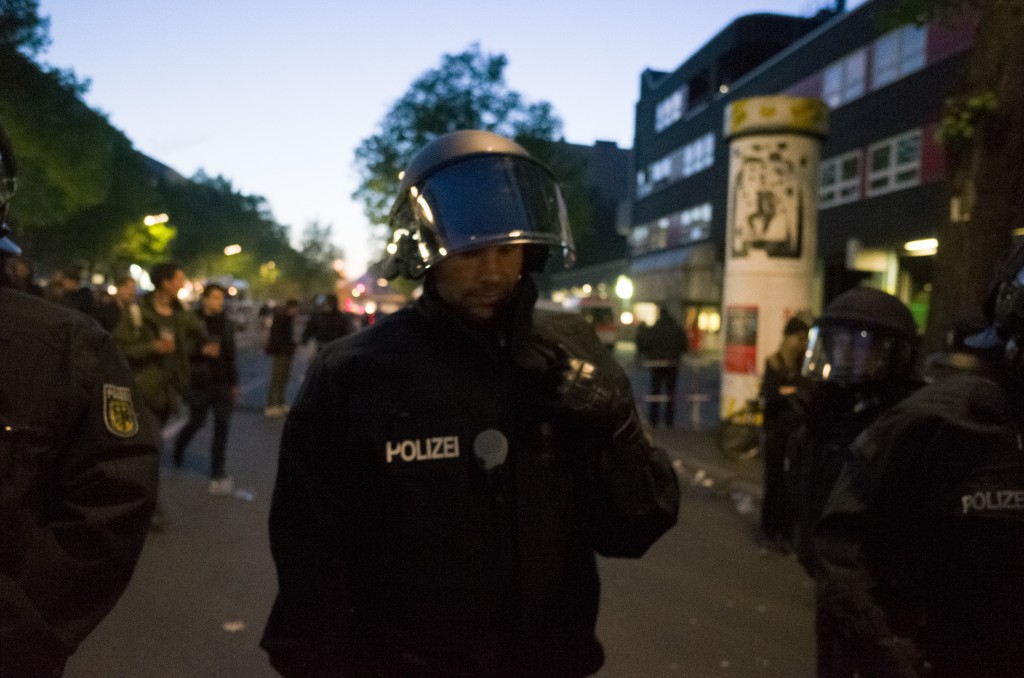 To sum it all up, May Day was without doubt the most varied day out I have had in a long time; visually, aurally, socially, culturally, whatever really, it was mad. Perhaps the biggest irony of the day rests on the difference that exists between people’s intentions for being a part of it. For some, it’s a way of expressing disillusionment with the way society’s structured to milk the public, for others it’s a chance to experience some of the rawest hedonism Berlin has to offer, and to pay with cash. Either way, it’s a banging day to witness.