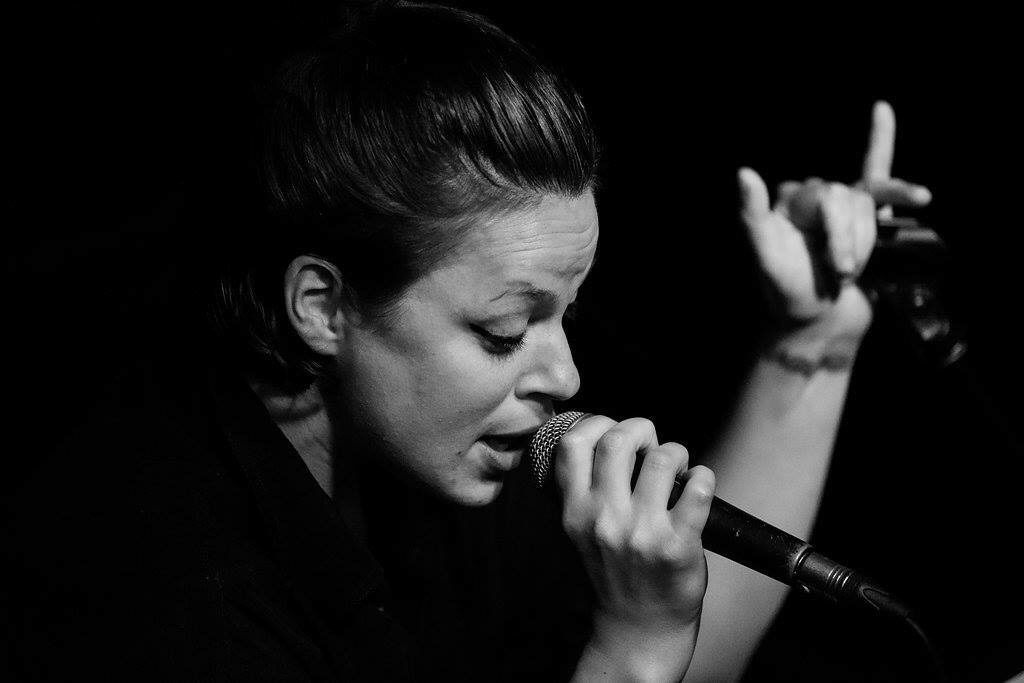 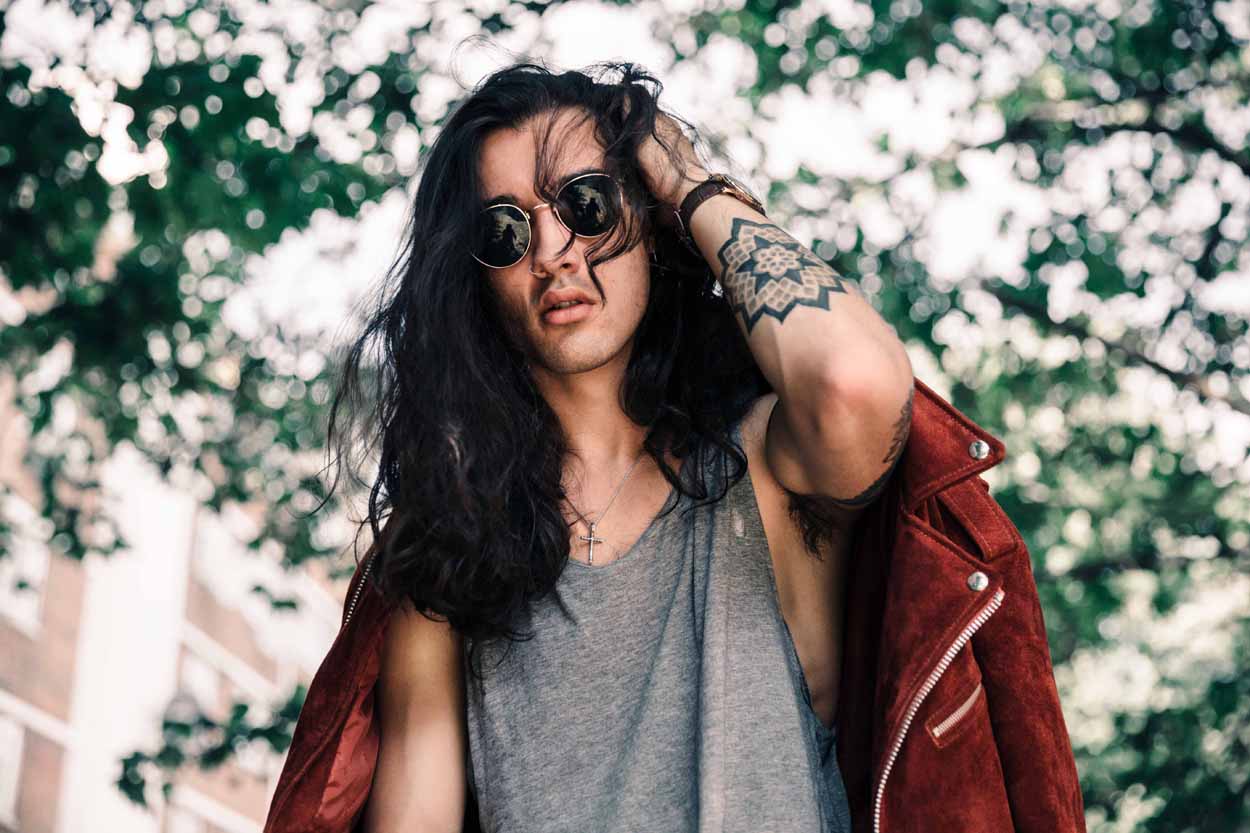 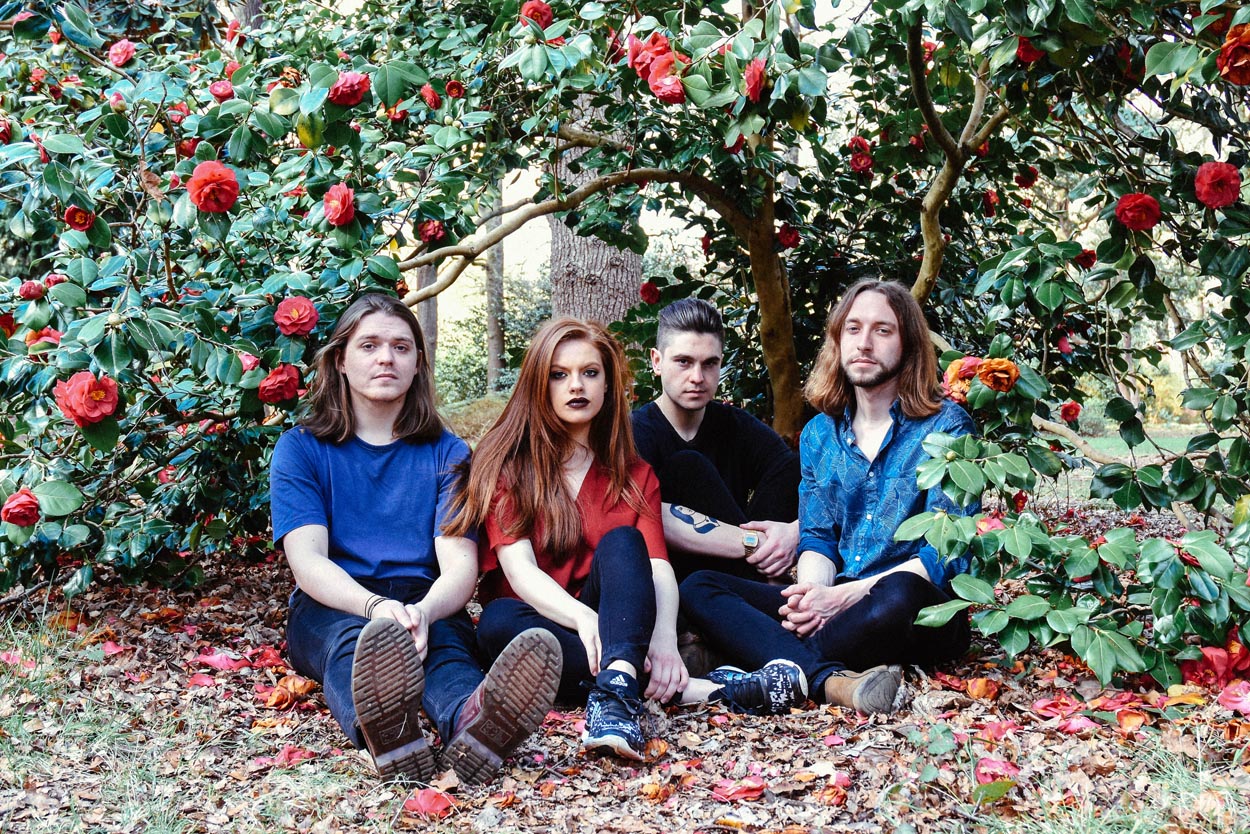 FMS Magazine is once again taking part in #BLOGTOBER at The Finsbury pub, this October 18th, and we’re excited to present the equally awesome Mellow Gang, Genghis and MIRI.

MIRI’s “sound vibes” will be opening the show, followed by the up and coming Genghis – aka Toby Spysznyk – who promises a “rockier more energetic live sound” with his new band. As for Mellow Gang, “We’ll be playing some new material, which we’re secretly very proud of,” says bass player, Nick GK. “Plus it’ll be great playing London again after so long.”

We thought we’d quiz them on their Fashion Music Style credentials ahead of the show, just to prove that they fit the bill and all that… thankfully, they’ve passed with flying colours at this late hour, although am sure the rest of Mellow Gang wish they’d weighed in on the Fashion questions… given Nick’s lonely Fruit of the Loom answer – true say though, about the weave and all.

Do you follow fashion, or have any favourite designers? 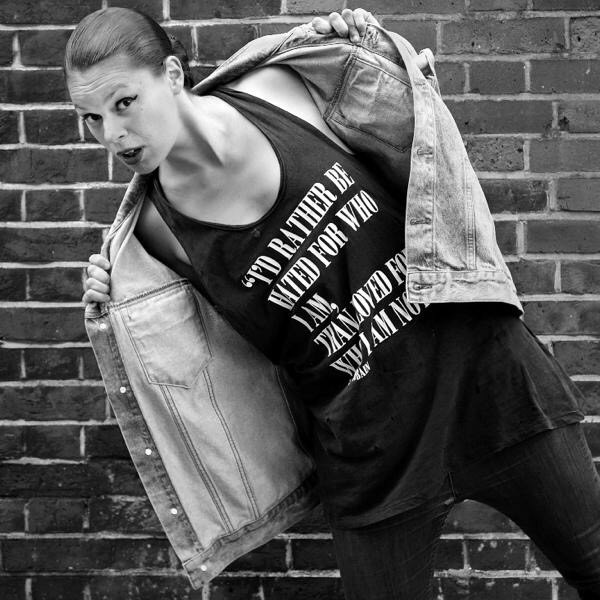 “I like following and finding out about new independent designers. People like Kelly Shaw and War Is Illegal. I love how these designers are sending out such a strong message through their clothing.”

What was your last fashion purchase?

“It was a shirt from Mai at War Is Illegal.”

Which items are you most likely to wear to death?

“I have a pink Lazy Oaf Garfield shirt that I can see myself rinsing quite a bit. Beanies and caps are always a go to for me too.”

Three of your songs featured in the 2015 film, Fear of Water, starring Lily Loveless; which songs were they and how did this come about?

“My songs used are ‘Blue Skies‘, ‘Broken City‘ and ‘Red‘. The director, Kate Lane, heard my music from her girlfriend and became a fan. At one point she fought pretty hard to have my songs in her film due to a few complications that came up. ‘Broken City’ I wrote especially for Fear of Water. Kate had asked me to write a song specifically for the film so the next day I wrote that which also became my first track to receive radio airplay on BBC London Introducing.”

Which instruments do you play and how does this impact on your song writing and performance?

“I play keys/piano. I would love to take up bass one day. Writing-wise it’s great because everything is so stripped back which makes room for a song instead of being covered up by production but I would like to have a computer again to build beats on and play around with programming different instruments. Performance-wise when I’m performing with just myself on keys it allows me to have more space to use my voice. The voice is an instrument too so I like having those moments to play around more on stage. It’s a different feeling and experience to performing with musicians which can be really fun if you’re working with people who understand where you’re coming from and what you’re working towards for the performance.”

Which of your songs says the most about you and why?

“At the moment its ‘Good Ones’. I’m planning to record that one soon with my friend, Steve O’Hear. There’s a lot of innocent people in the world who suffer because they are in the hands of people in power who don’t have their best interests at heart. I feel strongly about standing up to that and spreading as much love as I can.”

Who are you most likely to quote to make a point, and do you have a favourite?

“Yes, actually. There’s a quote I use taken from a book called The Science Of Getting Rich by Wallace D. Wattles. The quote is ‘Get rich by creation not competition’. I love it.”

Does your clothing style differ to your home style, or are you like part of the furniture?

“Haha like I’m Predator and can merge into my curtains. I live in East London and would like to move by the sea at some point so I’m making my flat feel like a beach house. I wouldn’t say that’s my clothing style but when I one day move to a place near the sea it could well be.”

What are you reading at the moment, and do you have any favourite authors?

“I’m reading Cyndi Lauper‘s autobiography which is epic. It gives a strong insight into what it’s like being a woman in the music industry. One of my favourite authors is Danny Wallace. I laugh out loud when I’m reading his books and have almost all of them!” 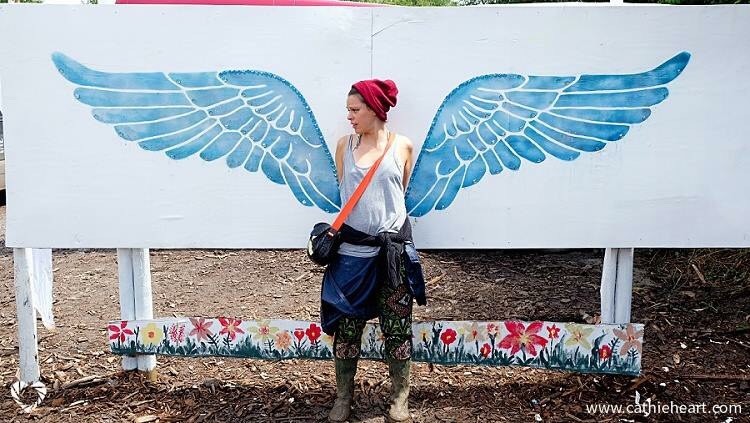 What impact does fashion have on you as an artist? 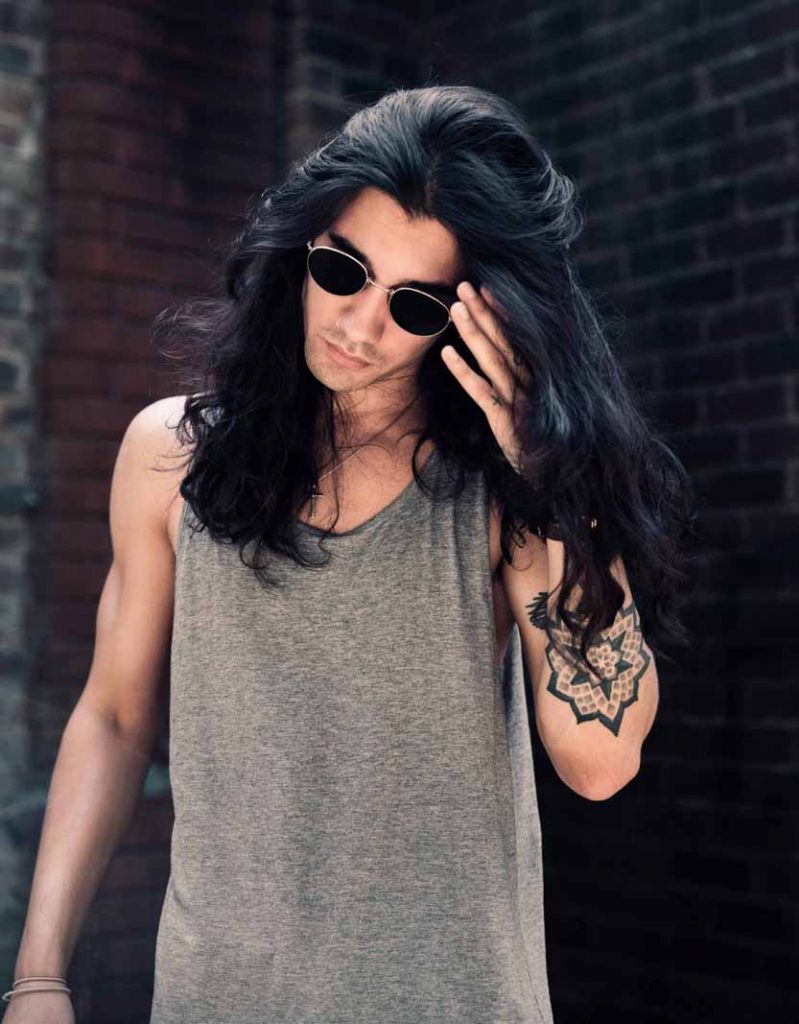 “You want the music to speak for itself but the image completes the art to make something great I think.  It’s super important to have a strong image you are confident with.”

Do you have any favourite designers or brands?

“I only really wear Cuban heel boots, Underground and Jeffery West do the coolest rock n roll style boots. The Great Frog, AllSaints and reclaimed vintage bits are favourites of mine too.

What is your go to store for last-minute fashion purchases?

“If I’m out and about it would probably be Rokit, Retro Man or Absolute Vintage, but for online last-minute bits it would again have to be reclaimed vintage – anywhere.”

What is the song writing process for you and who else is involved in production?

“The songwriting process for me always comes from a guitar riff, followed by some random words sung into a hopefully nice melody, then I figure out what I’m trying to say after. Production-wise it has varied, the last EP I did was with a great producer, Will Hicks, who pretty much guided everything and really challenged me to get everything perfect, which I am really grateful for. But on the new EP I worked with Simon Jackman who I’ve recorded music with for about six or seven years, we’ve always had a mutual understanding and it’s super easy recording music together as he always manages to bring out the best sound we can make.”

“I just finished recording an EP and will be releasing a single soon. All produced with Simon Jackman. Currently, I’m finishing off a further five songs which I think will be the next EP after that.”

How has your music evolved since you began recording?

“When I was 15 I was in an Emo band so it was a very different style of music and way of playing. Then when I started solo music it was a lot less folky and more acoustic singer/songwriter and it all sounded very unsure. From writing with a variety of different writers I think it took me a long time to really find my voice and sound. But now I trust my own songwriting and sing the way I want to. I think my music has evolved in its confidence.”

Whose style do you admire most and why?

“Noel Fielding. I think he has always been super brave with his style and always looks different. He is one of those effortlessly cool unique people.”

If you could play a part in any film/TV series, which would it be and why?

“Hank Moody in Californication, because Hank Moody is the wittiest character ever and I love that show.”

What are your travel essentials? 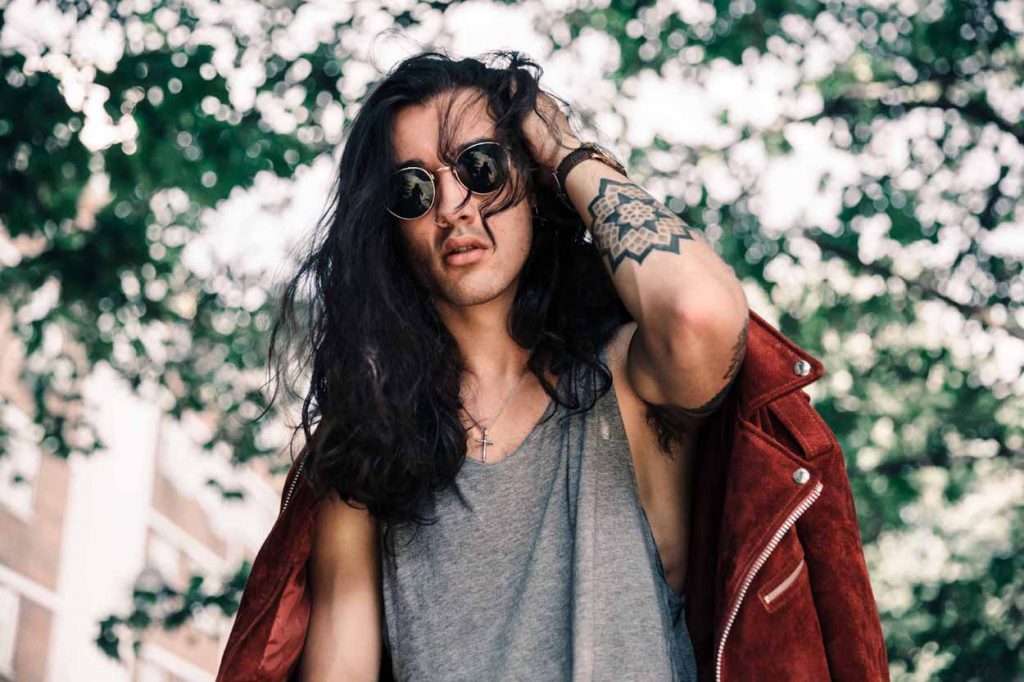 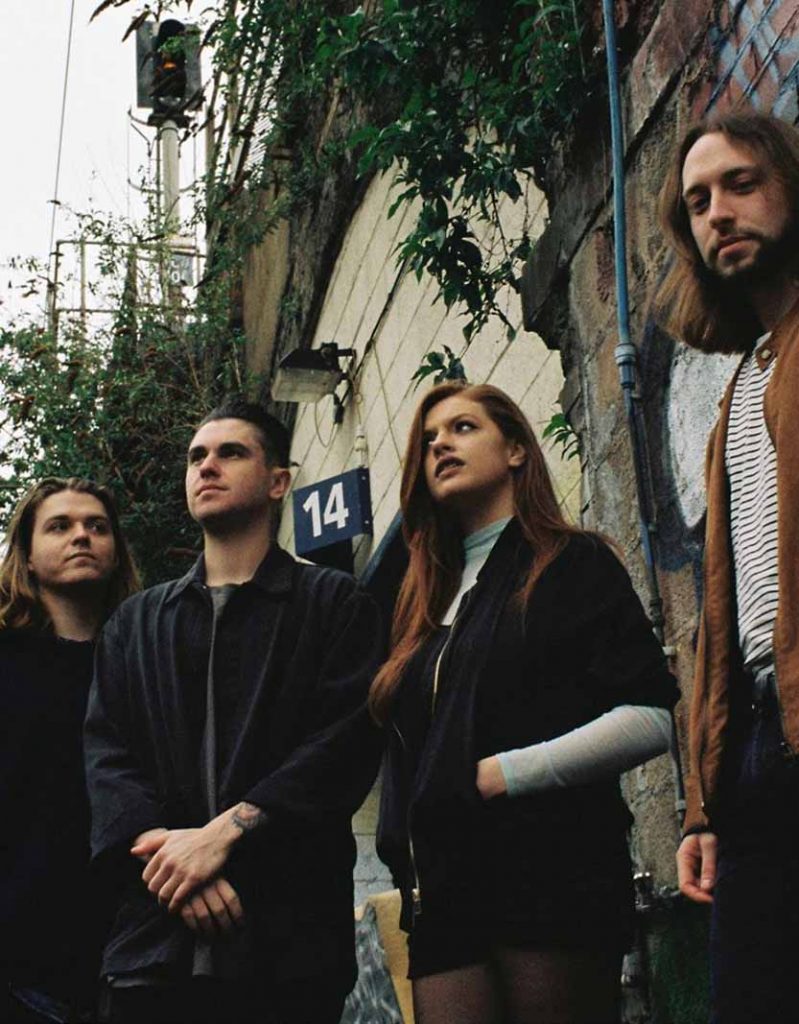 Who is the most fashion conscious in the band, and how does this impact on the others?

“The older I get, the more I realise that fashion stems from accidently dressing badly. In that sense, I’m definitely the most fashionable. Although some of Harriet’s clothes are pretty out there and I assume that’s a good thing amongst enlightened fashionistas.”

What are the most popular brands among the group?

“Fruit of the Loom. We’ve found them to have a higher density of weave than other high street brands.”

Do you share any items of clothing for gigs and tours, and has anyone ever kept anything for longer than appropriate?

“Shenny’s had this stupid cap for about two weeks now, which is two weeks too long in my opinion.”

Three of you originally formed the band, Venice Trip; how did Mellow Gang come about and what has Harriet brought to the new setup?

“Harriet brings good humour and a borderline obsessive enthusiasm for hummus and Kettle Chips. Musically, she brings an appreciation of space and dynamics: for example, I’m playing fewer notes than I was in Venice Trip, and if I play my cards right by the next single I won’t even need to bring my bass to gigs. Perhaps this is why we’ve been so popular.”

Are you currently working towards any new releases?

“Yes. We have a couple of things in the works at the moment. One is completely new, due early next year. The other ties into Play, the EP we released earlier this year (I believe in the biz they call this technique “milking it”) and will be out in November. Since we’re all very fond of the record, it made sense to continue working with the music on it.”

What has been your most memorable performance to date, and why?

“Probably our appearance at The Great Escape earlier this year. We weren’t as drunk as usual as it was quite early in the day, so by that virtue it’s the one I remember the most. Having said that, we’re mega excited for our UK tour later this month, including the Blogtober gig at The Finsbury on the 18th.”

Where is your favourite hangout in London?

“Generally speaking we’re not fans of posh pubs. A good way of gauging this is seeing whether they’ll let you book a table; you shouldn’t be able to book a fucking table in a pub. So, to that end, we frequent local pubs like The George Tavern, Turner’s Old Star, and The Captain Kidd. You might have gotten a more cultured answer out of Harriet but I’m afraid you’re stuck with my choices.”

Are you more readers or TV screeners, and what are you binging on right now?

“We spotted Joe reading The Da Vinci Code the other day. He’s coming along really well – it was Biff and Chip last week. Bless his cottons.”

What is inspiring you at the moment?

“Personally, I’m finding inspiration from King Gizzard who have decided to record and release five albums this year. The latest, Sketches of Brunswick East, is brilliant. I love how unhindered their creative process is – they come up with the something, they release it, they play it really fast live. I’d like to eventually have that freedom.”