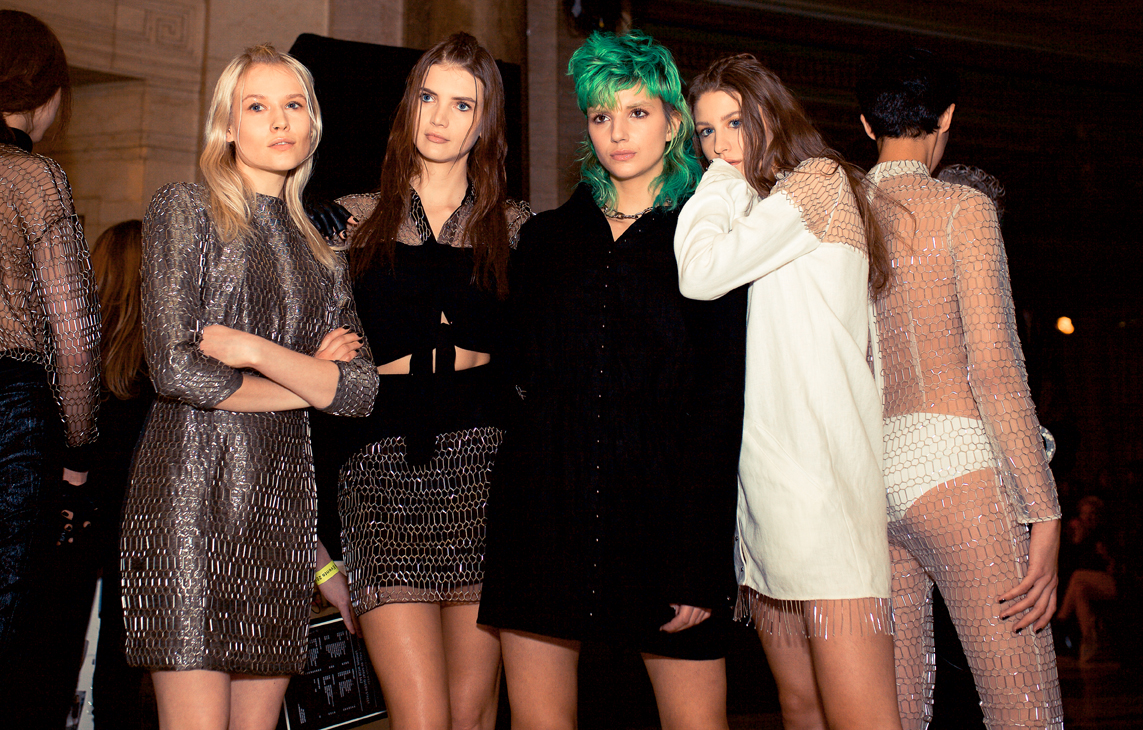 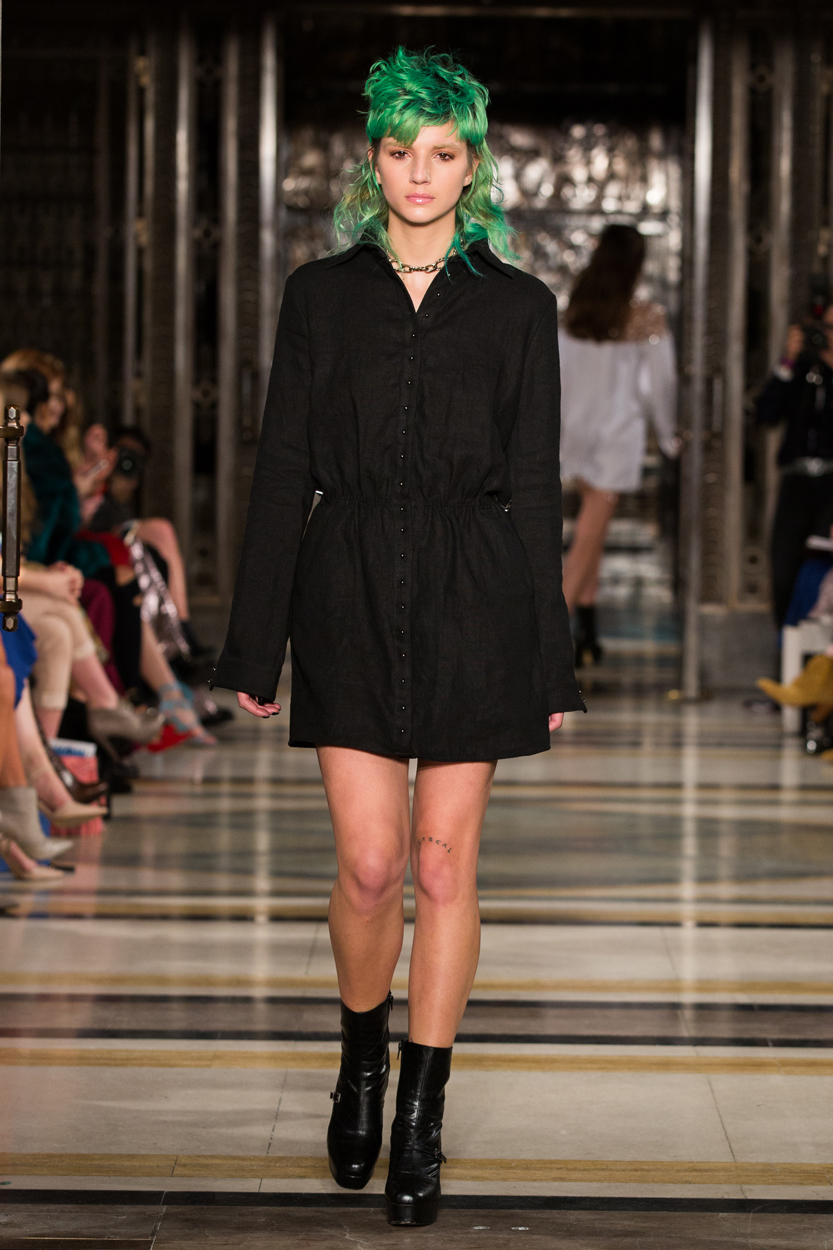 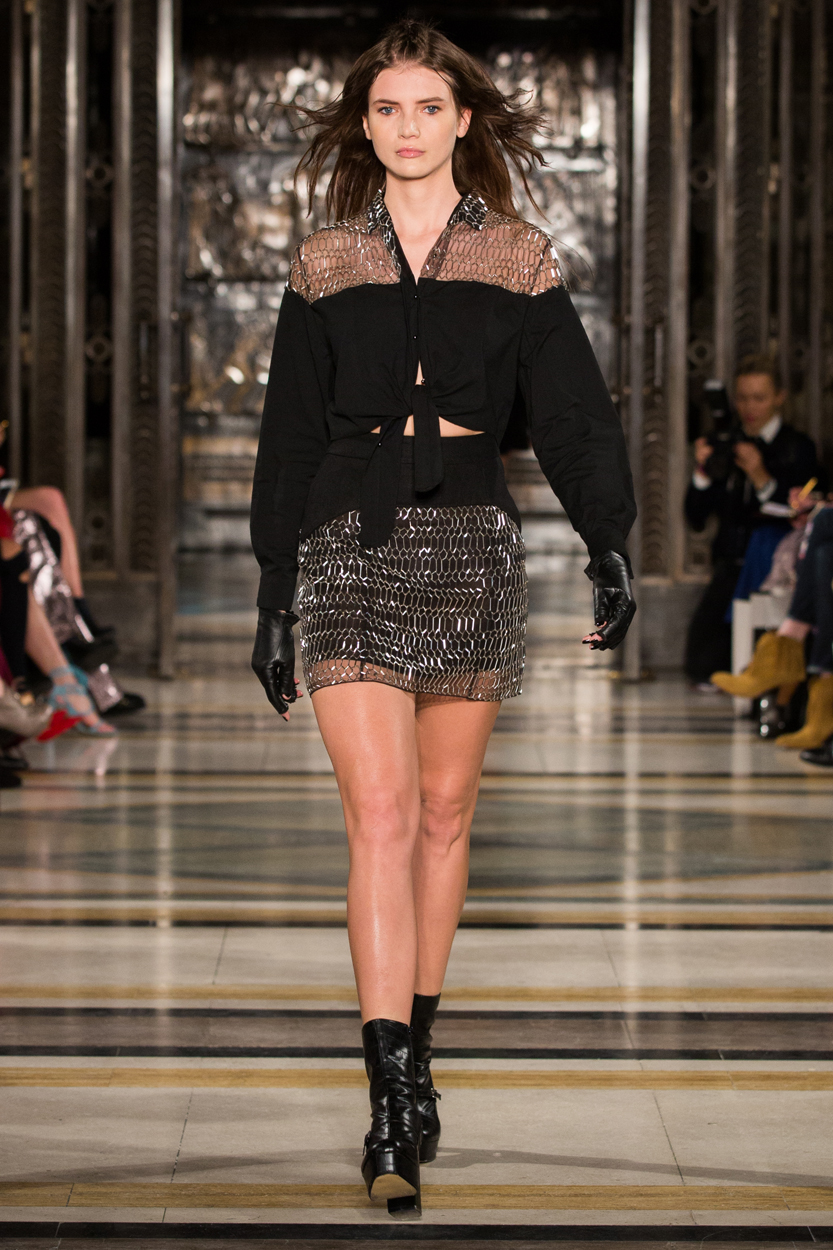 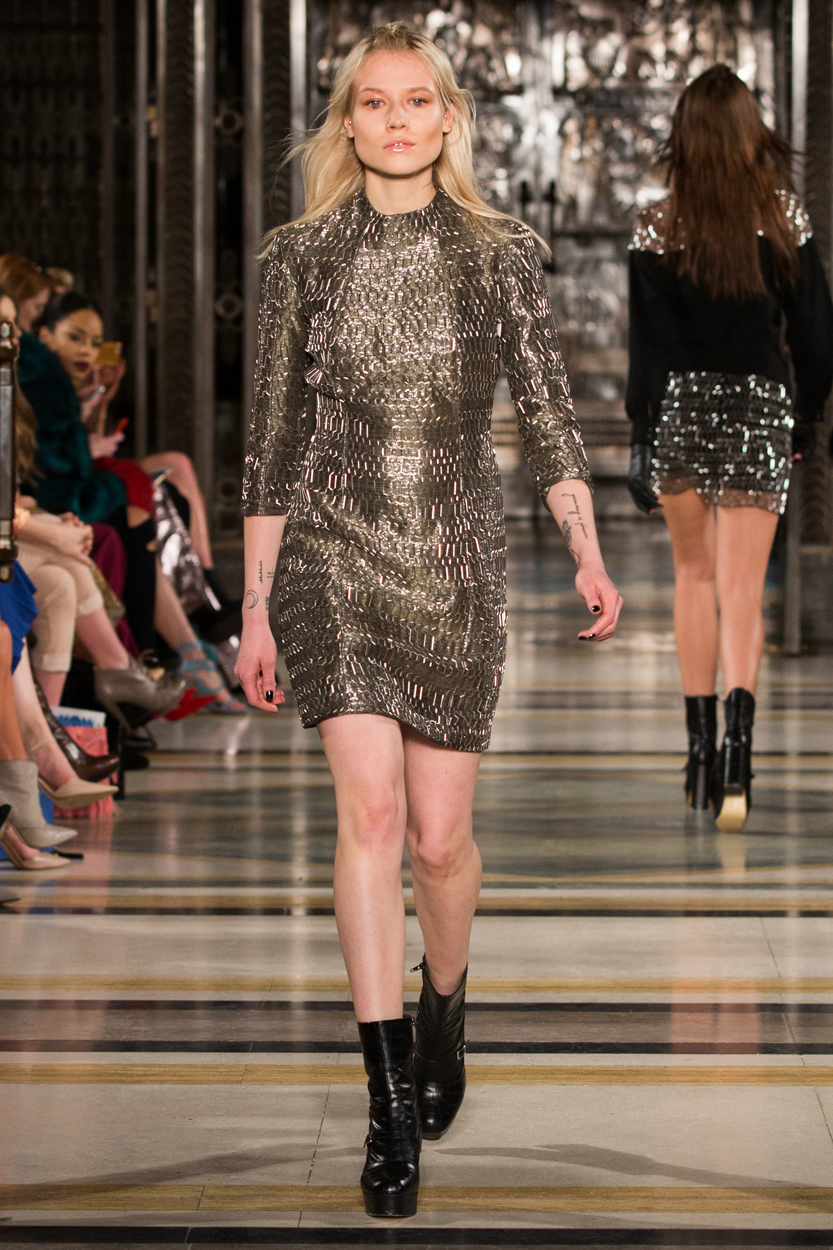 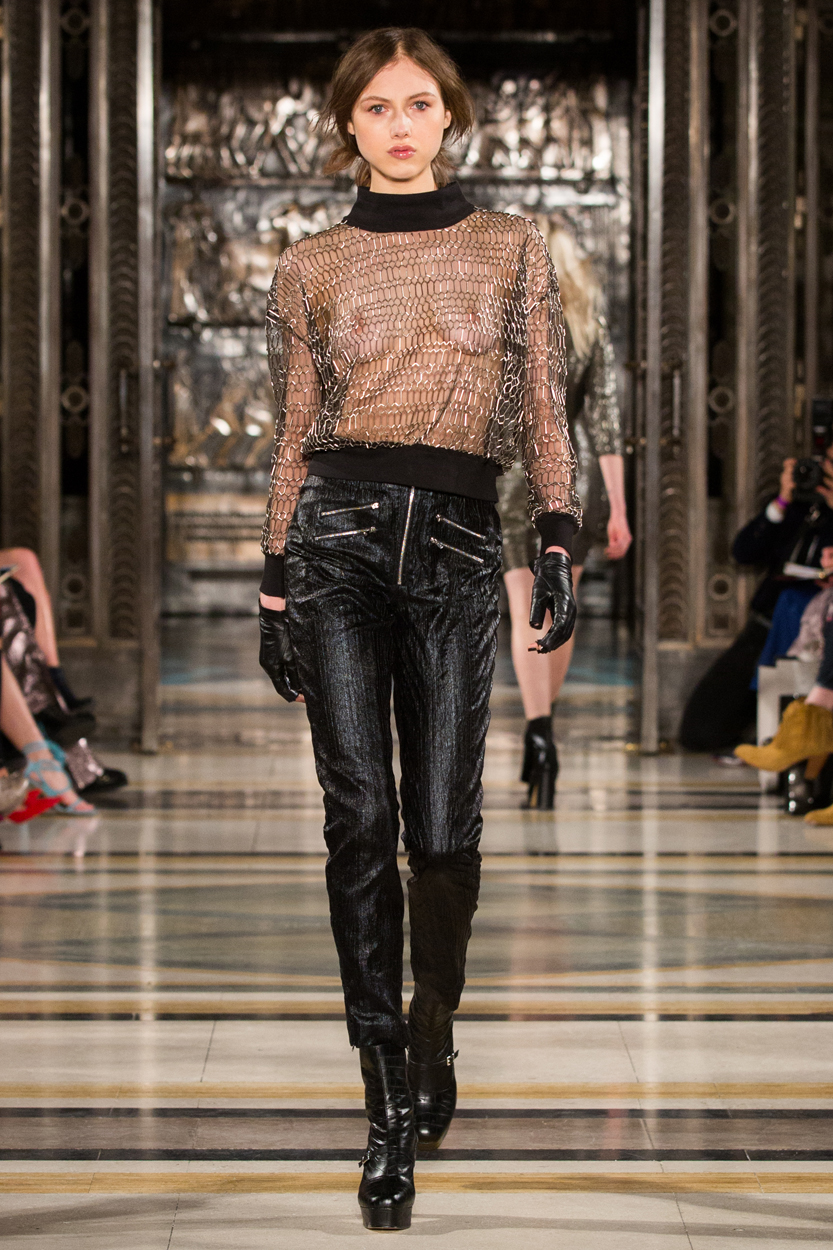 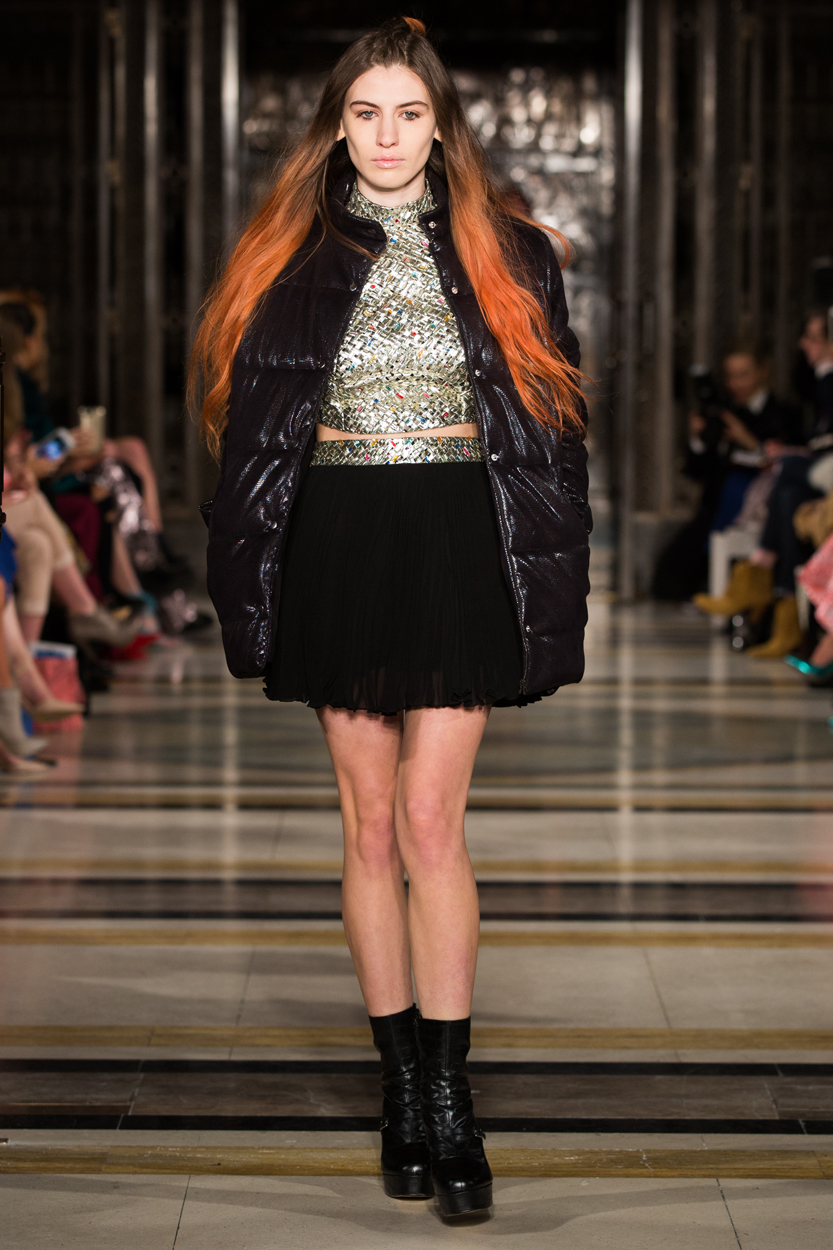 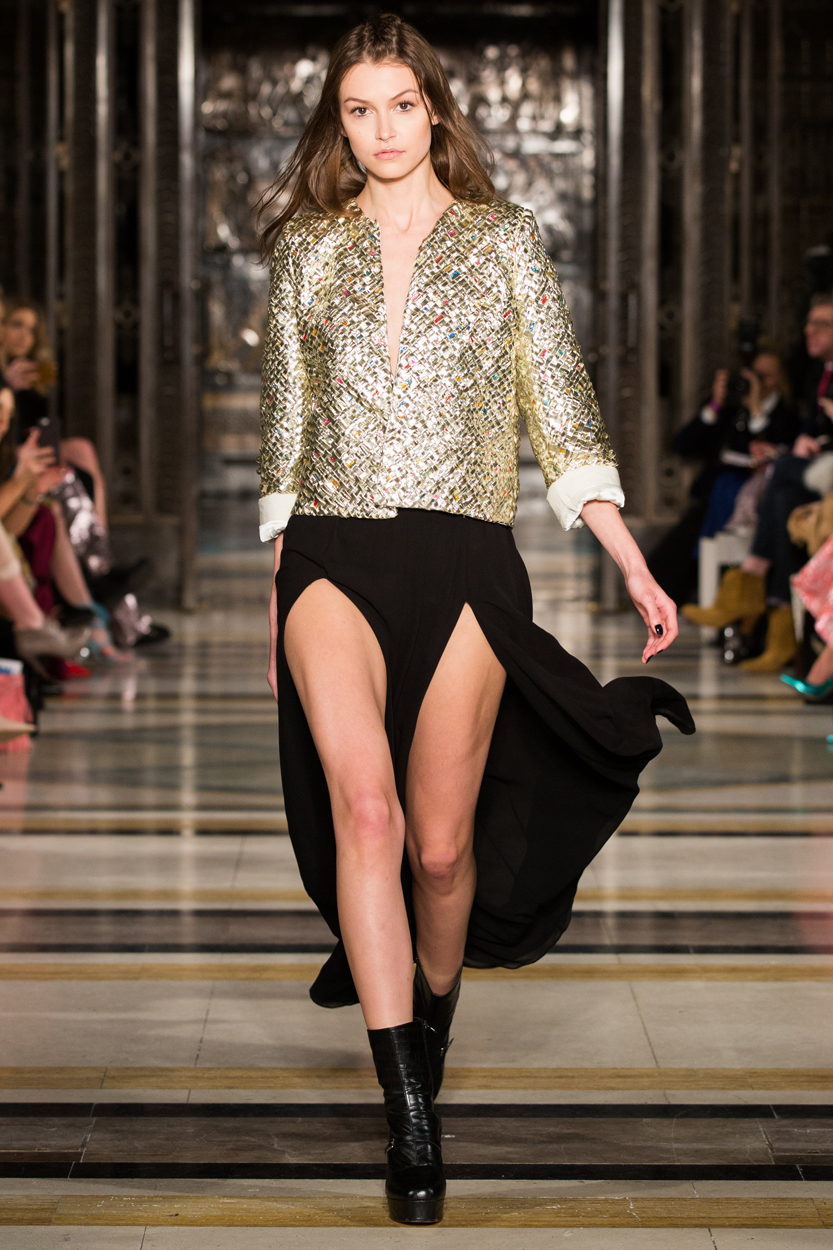 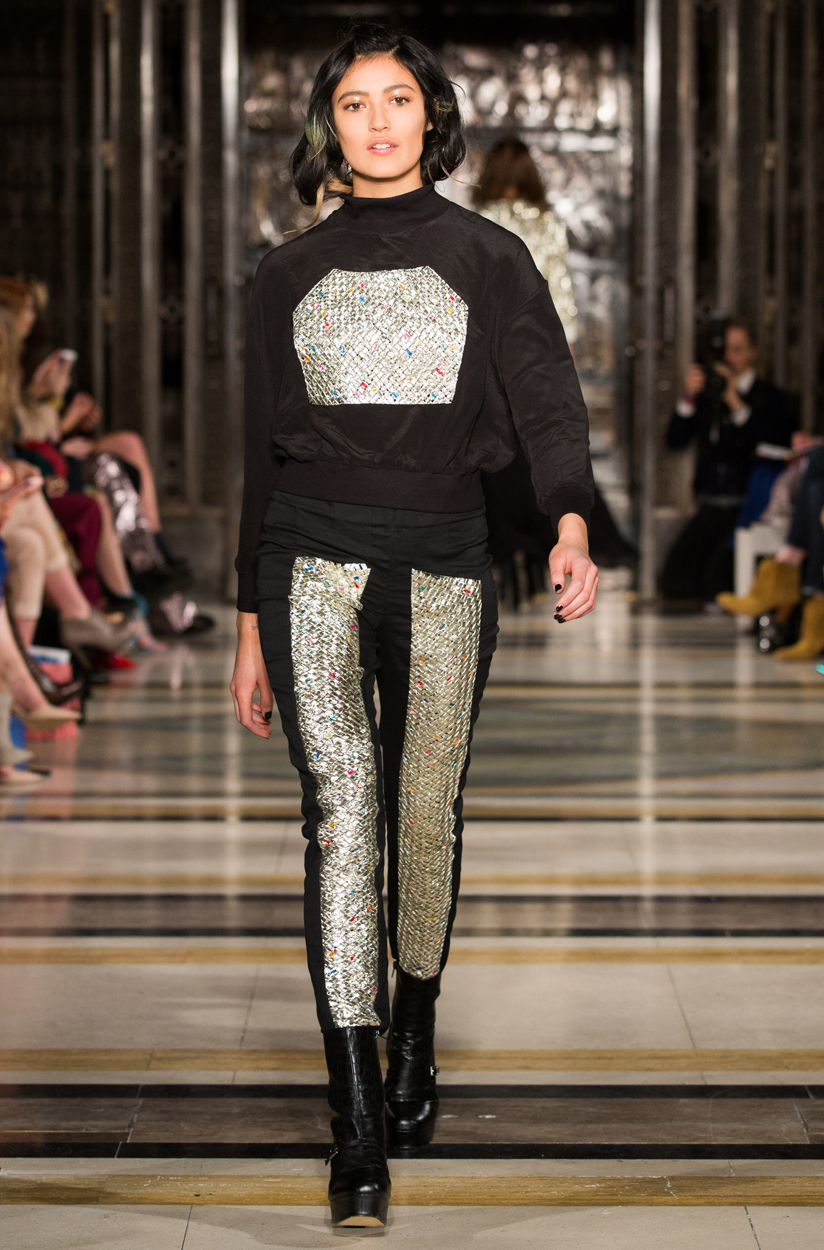 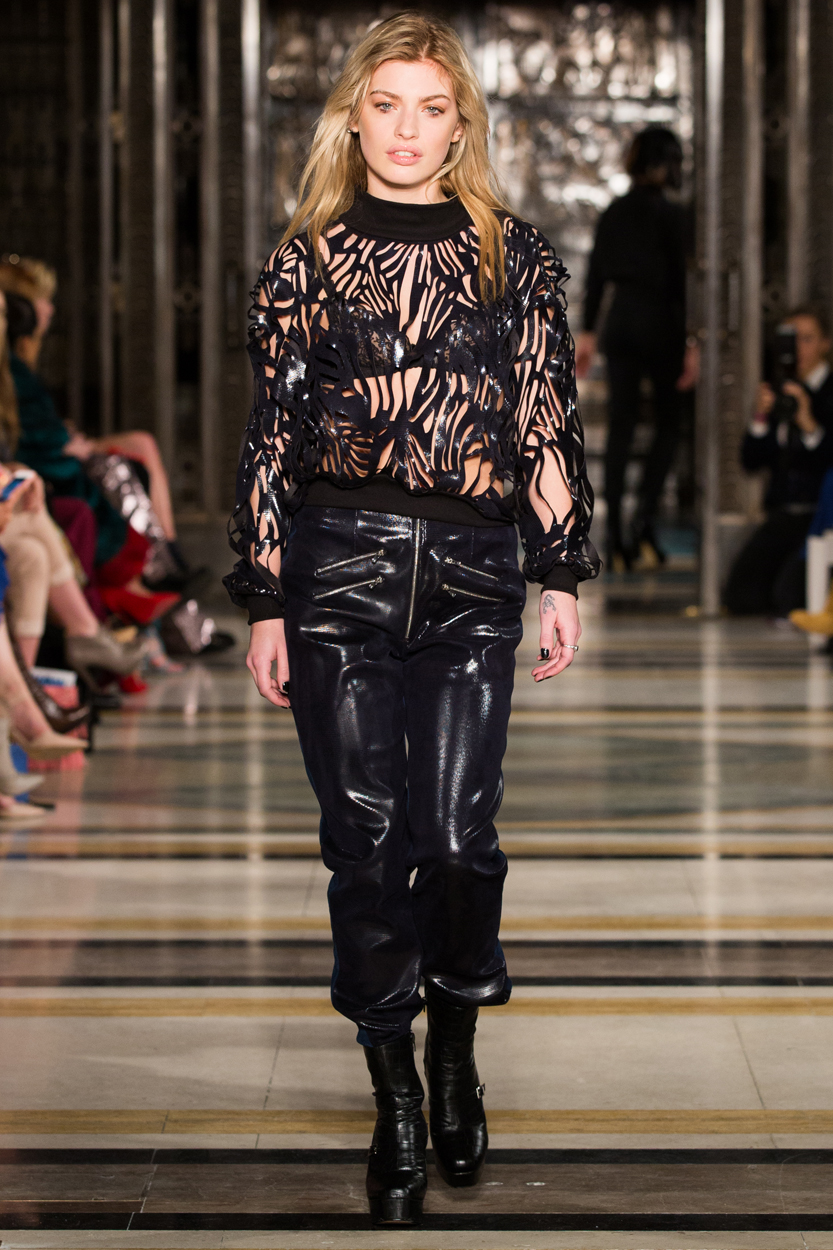 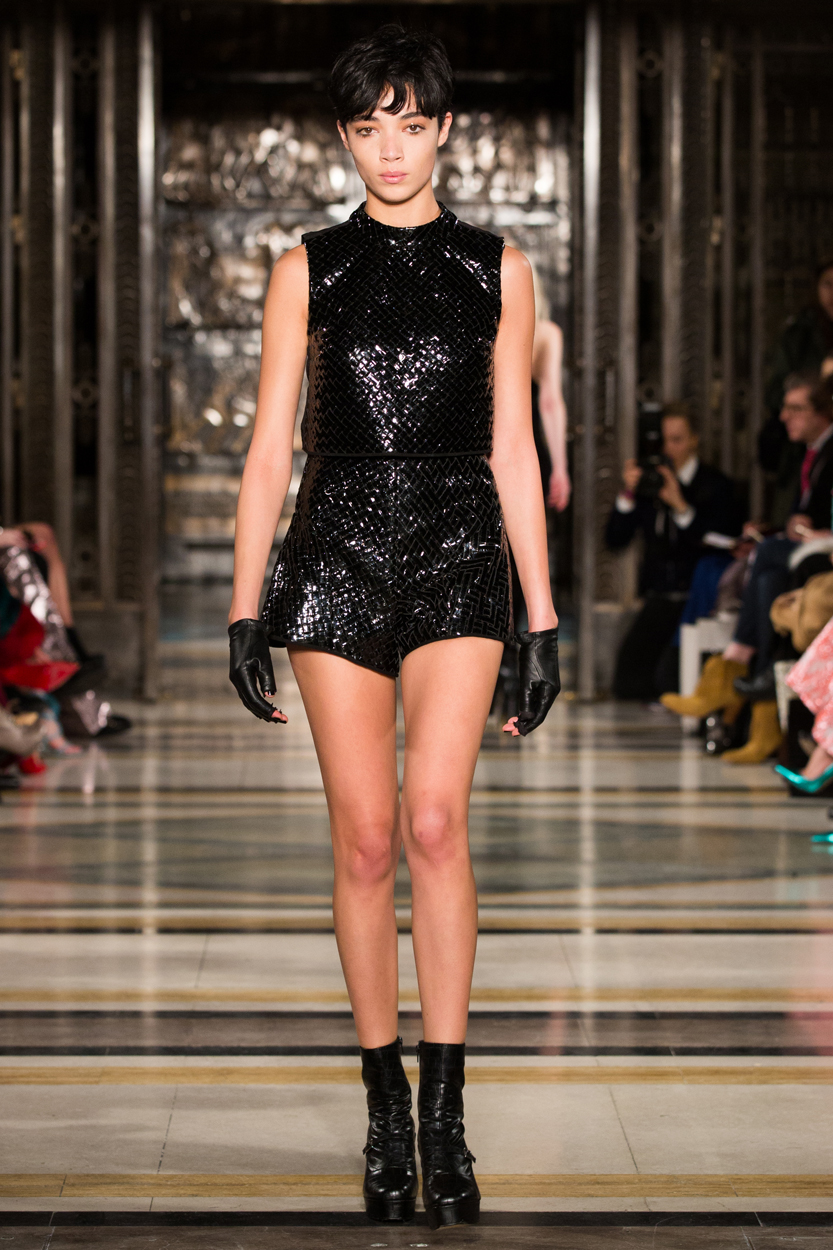 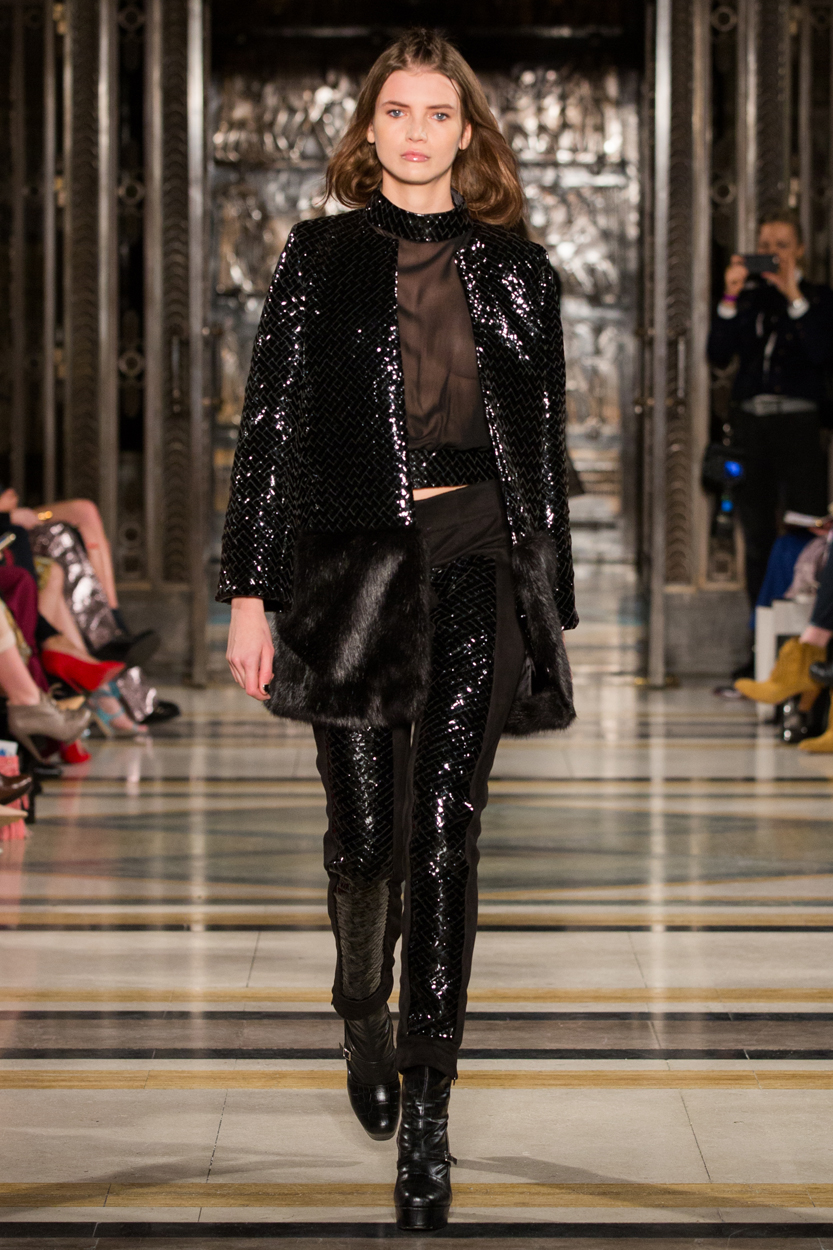 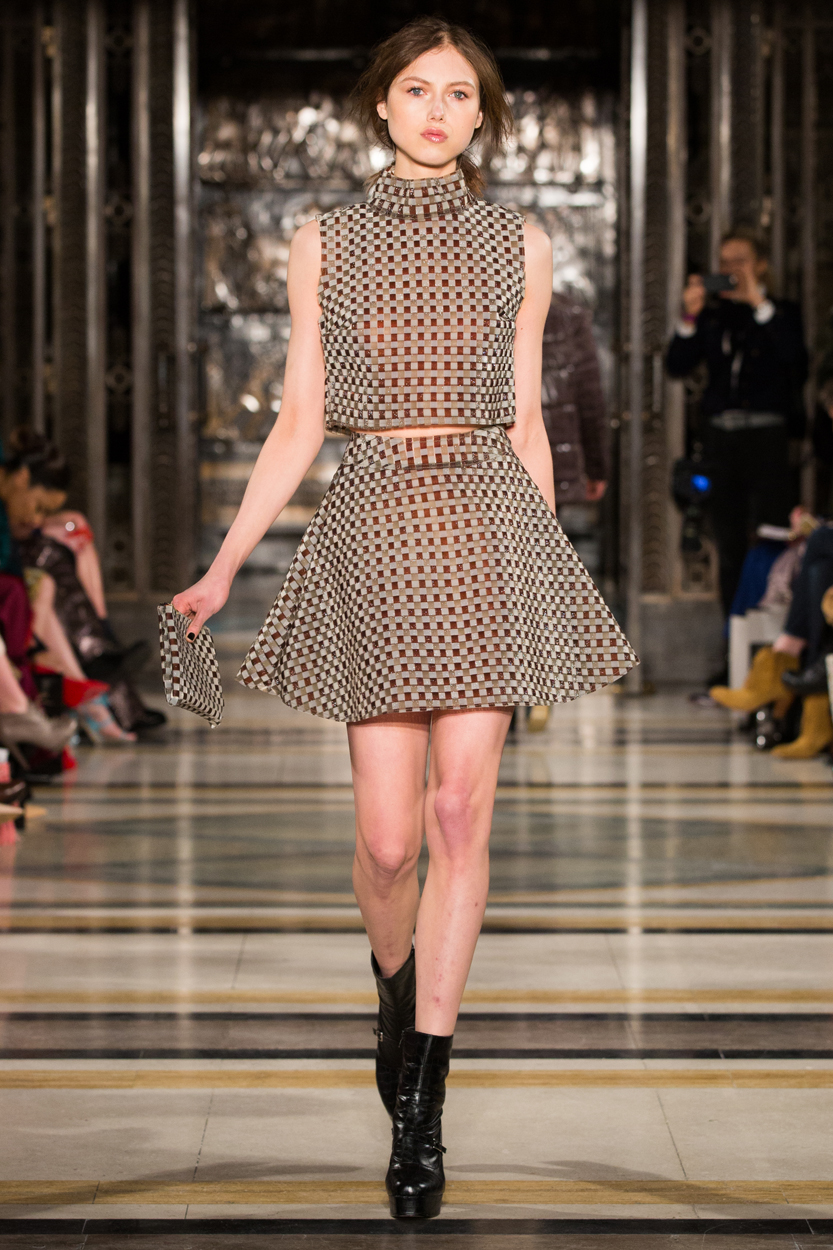 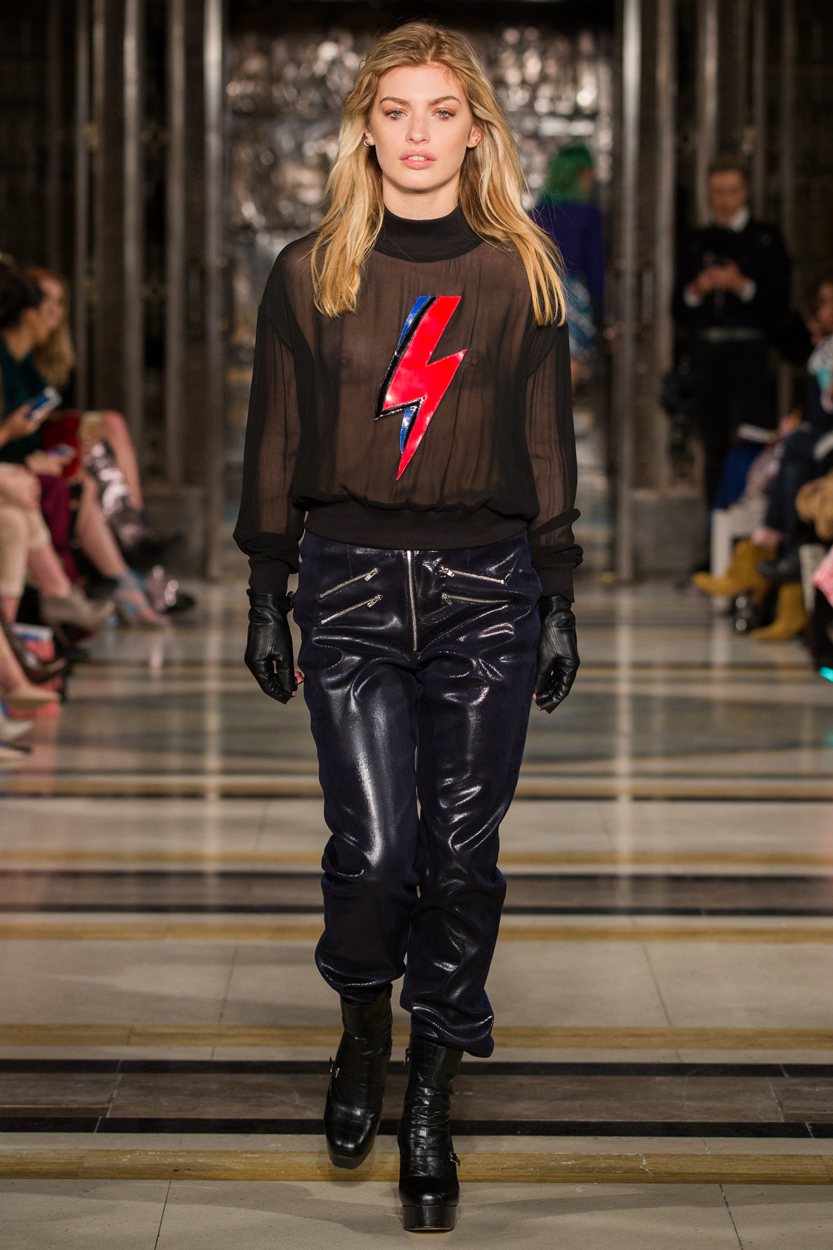 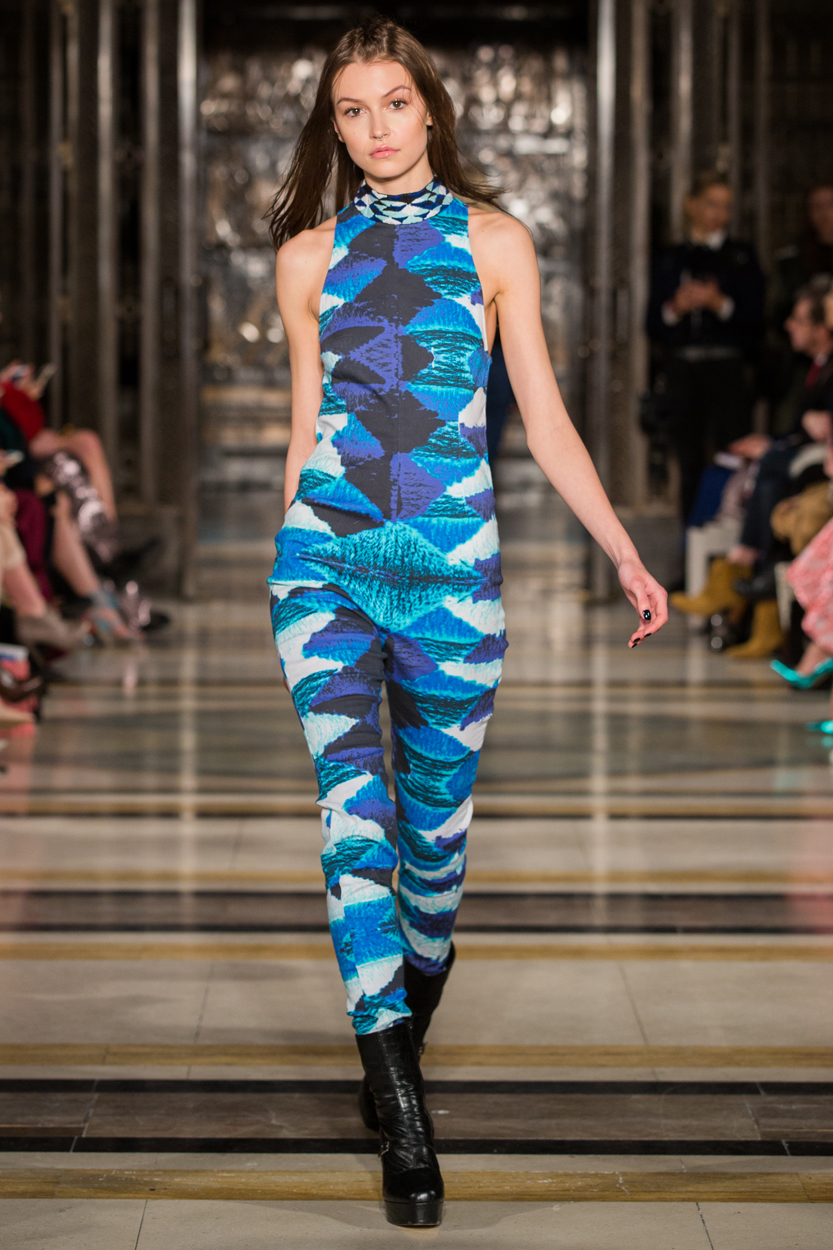 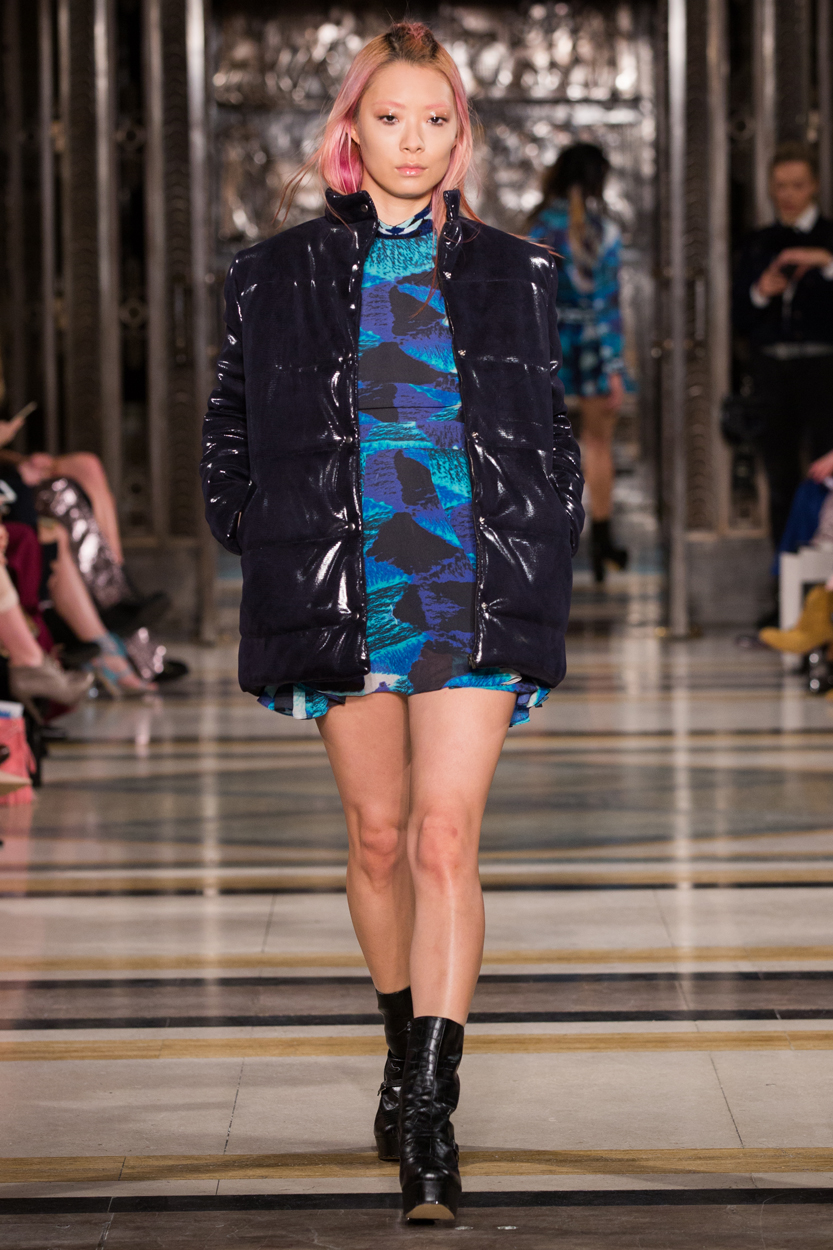 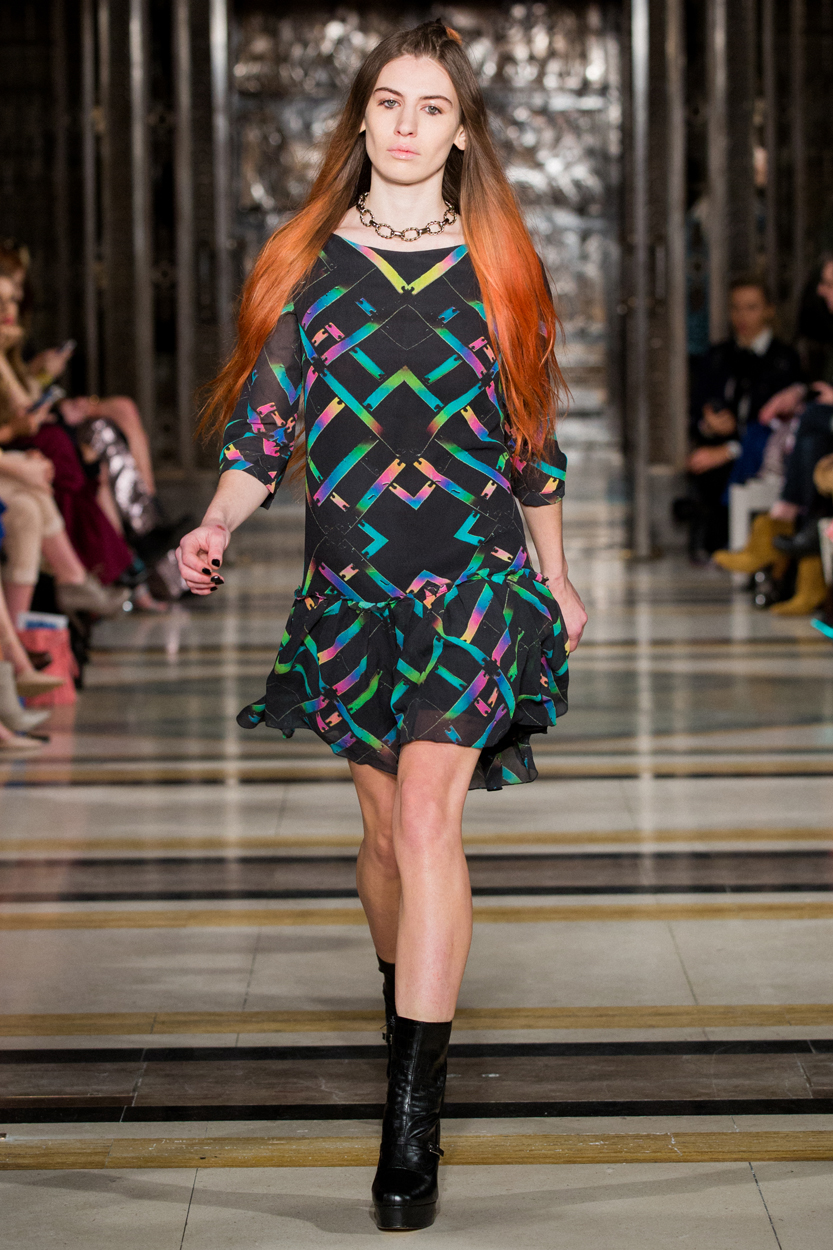 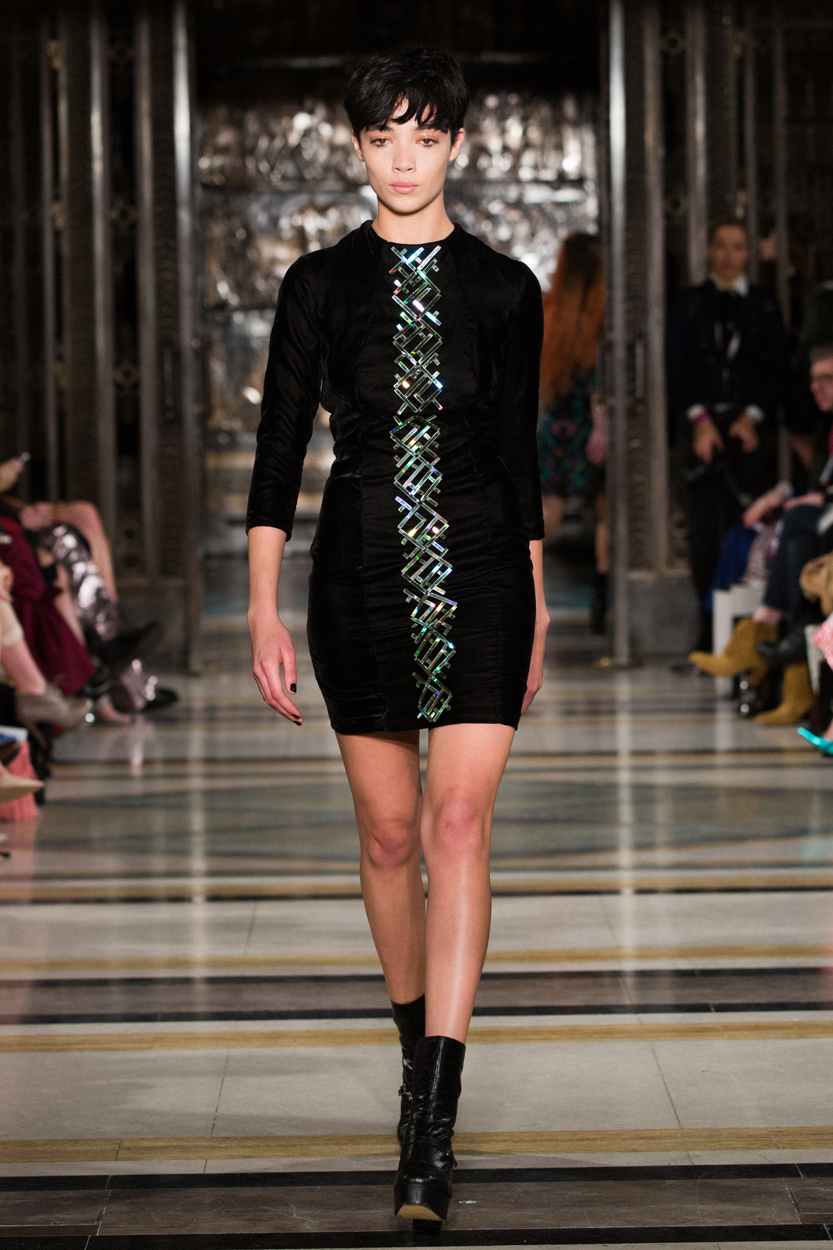 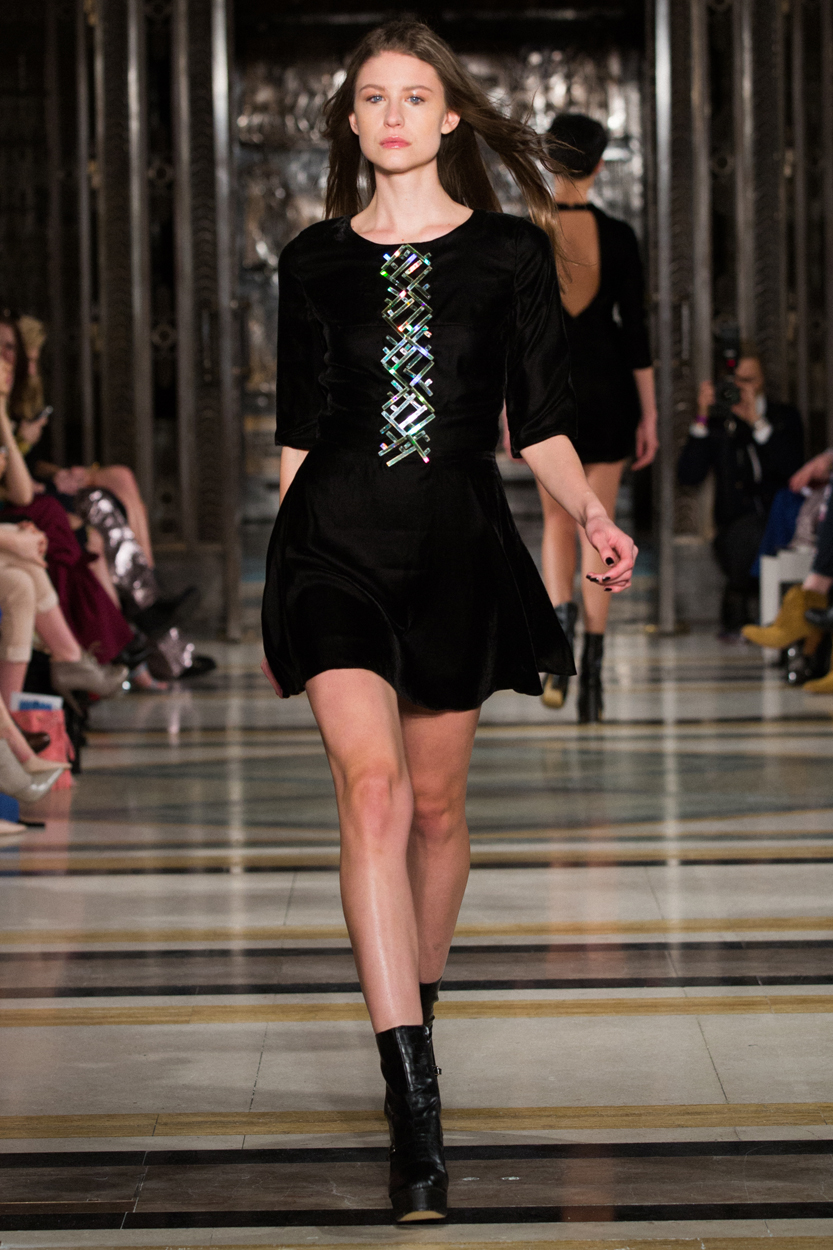 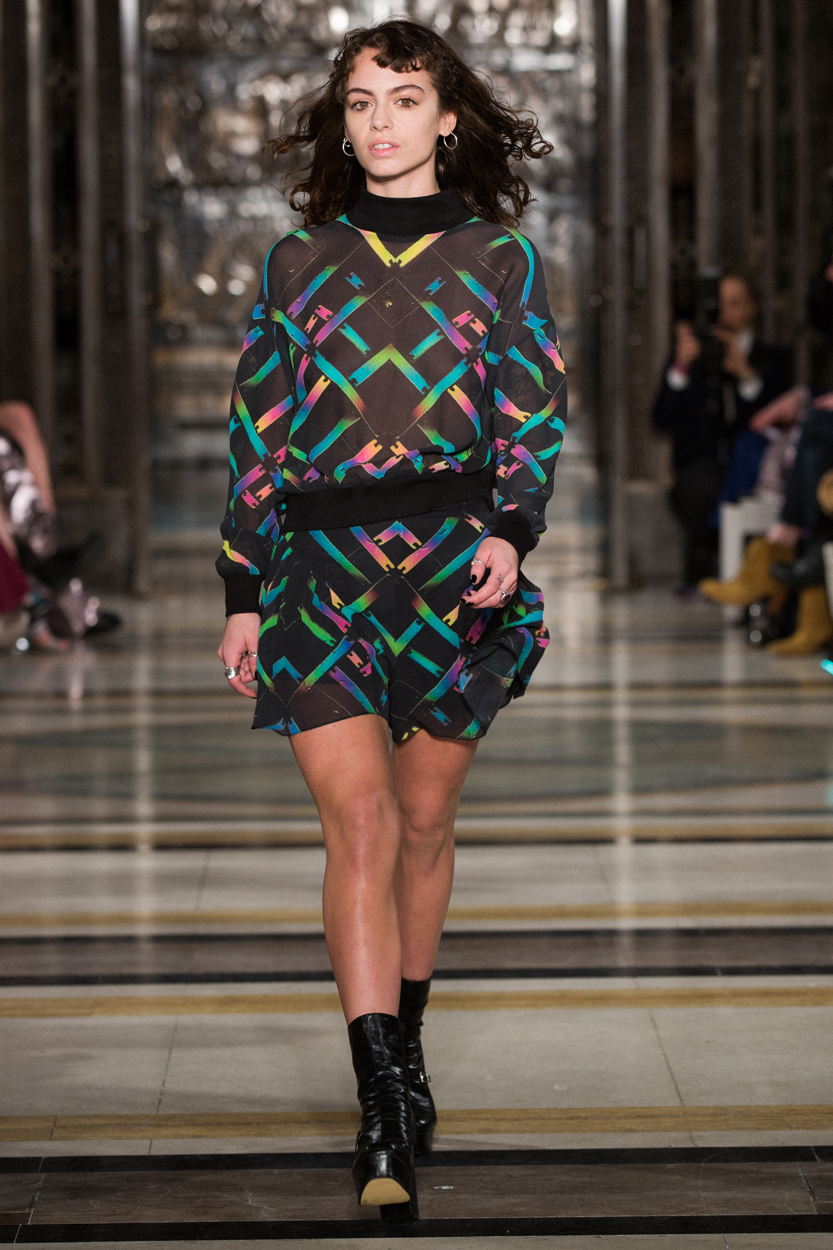 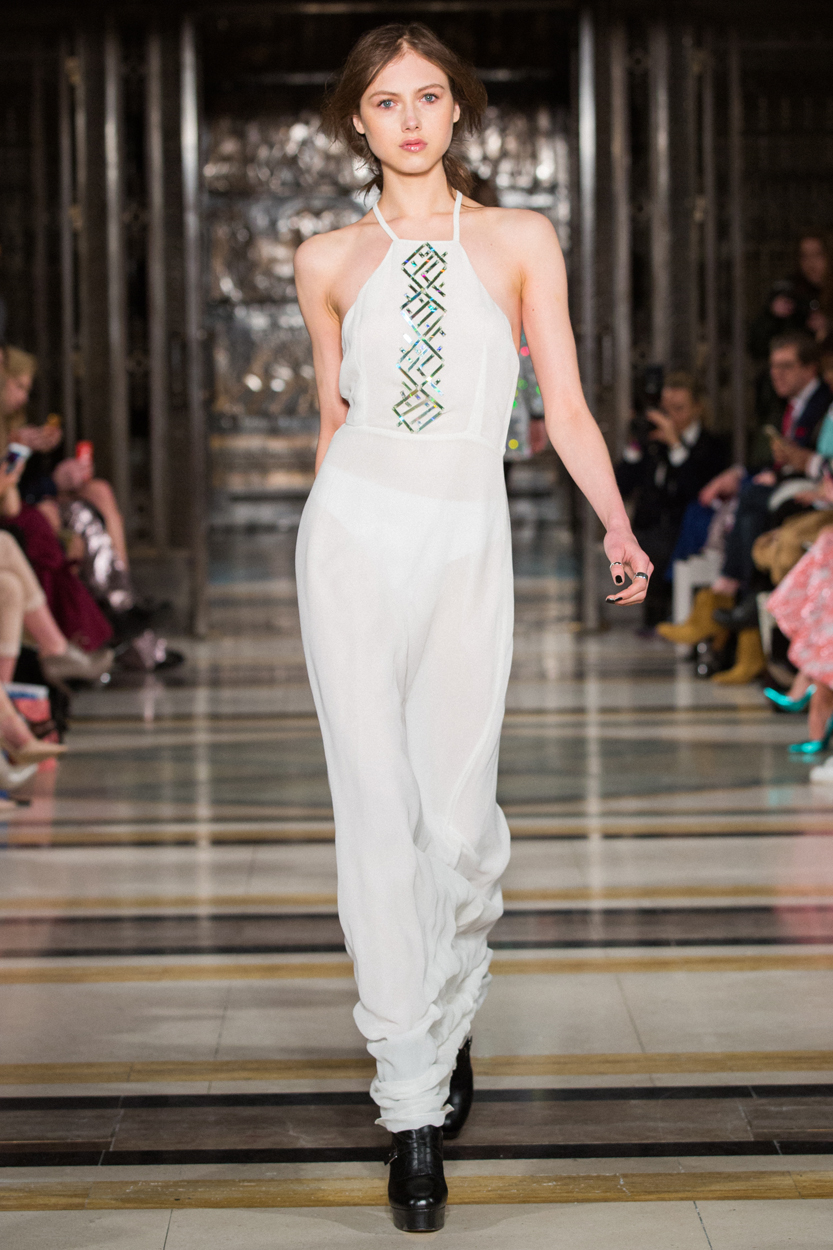 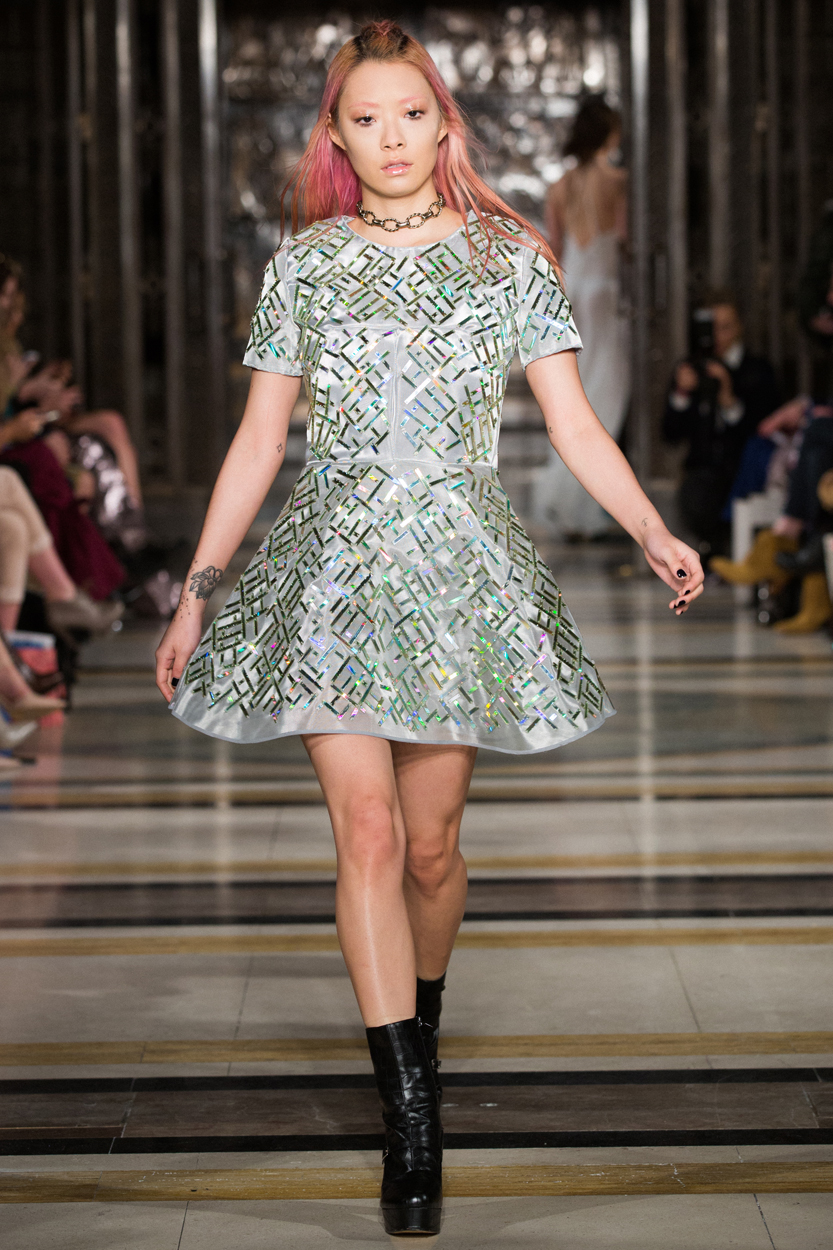 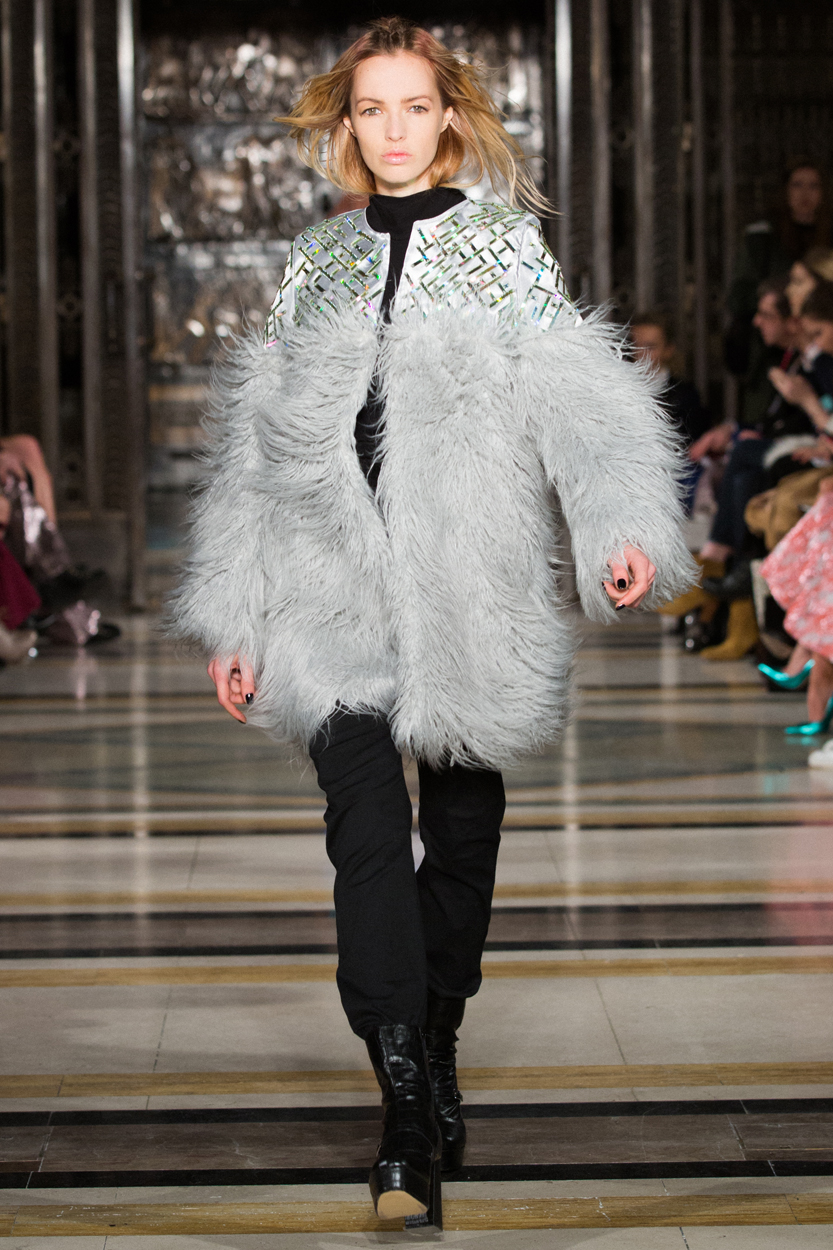 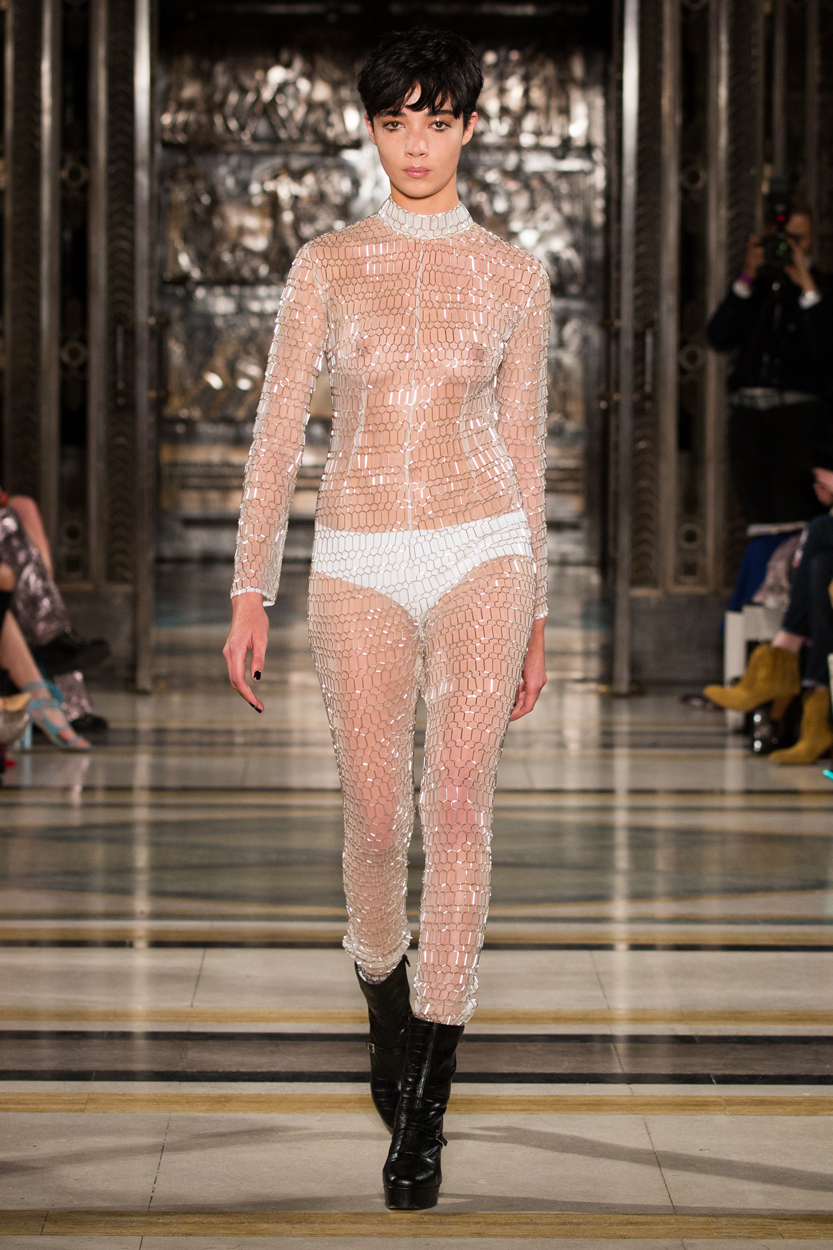 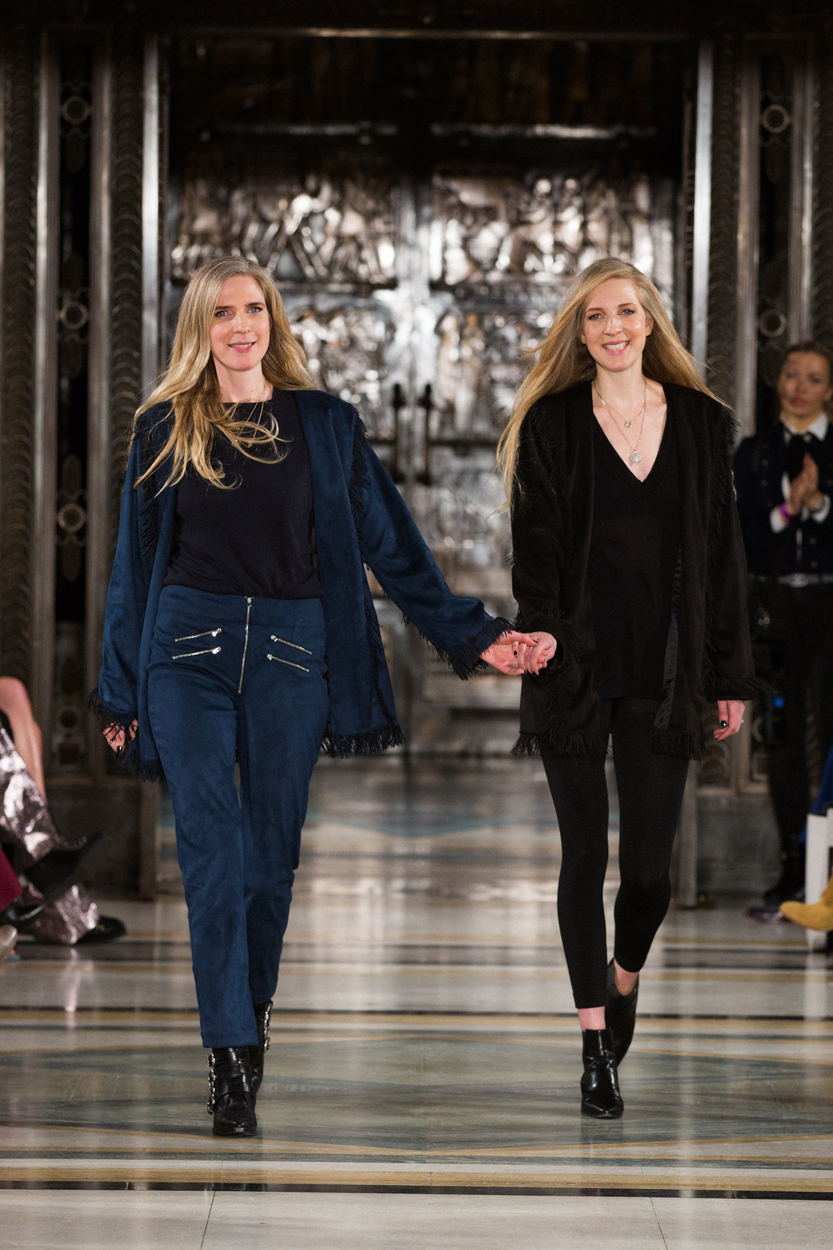 One of the very first shows to hit London Fashion Week was Felder Felder in Covent Garden, which saw crowds of elegantly dressed fans eagerly queuing hours before the show began. Street style photographers surrounded Freemasons’ Hall, snapping away at the crowd and making it all the more exciting. Among the guests were a lot of shiny stylisations, which we later realised perfectly matched the Felder Felder show.

Daniela and Annette Felder are twin sisters, born in Germany but based in London. The brand is well known for setting fashion trends, but also for the spectacular music at their shows, curated by their music and events director, the very well known DJ, Arthur Baker. This season, the Felder Felder sisters showed their AW16 collection with a perfectly created rock theme, and pushed the message that girls can rock the world! 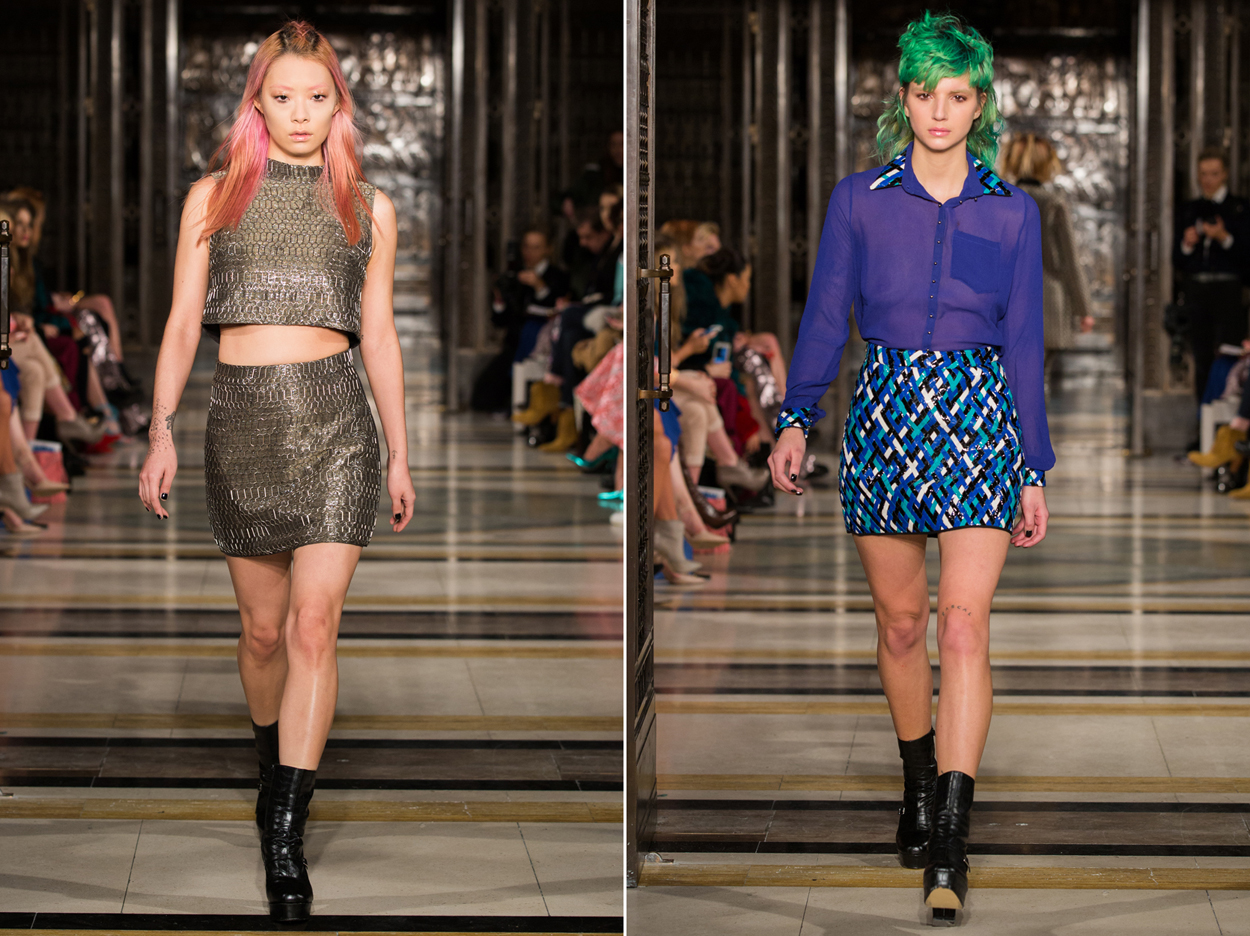 Strong music was matched with confident models – many of them quite small with colourful hair and tattoos, which both complemented and emphasised the theme of the show – and they stomped down the catwalk in an unorthodox way, promoting the idea that Felder Felder women are independent with a gritty personality.

The collection was very rocky and alternative, with colours such as black, white, brown and blue presented with lots of gold and silver sparkles. Dresses were often quite minimalistic, but glitter and fine detail made them look strong, rather than romantic. Shiny coats and down winter jackets were perfectly matched with transparent shirts, and accessorised with heavy black heels and fingerless leather gloves.

The finale was breathtaking, as the models crowded together on the catwalk, hands in the air, giving women real motivation to be independent and strong in today’s male dominated world. And quite rightly, the Felder Felder sisters were met with a massive applause.