Kid Noize, has just released a new video for his latest single, ‘Ocean’, due out March 18th via Black Gizah Records.

Answers on a postcard to if you can decipher the exchange between the ‘Man with a Monkey Face’ and the young cyclist in this sci-fi-esque video, the latter harking back to that famous scene in E.T.

Born in Brussels and based in Charleroi since 2011, the hotly tipped DJ/producer dedicated his ‘Elektropical’ clip to the city, which he considers the new Berlin. He launched his own label in 2013, and has also produced singles for upcoming artist, Mustii – ‘The Golden Age’ and ‘Feed Me’.

Massively busy on the live circuit, Kid Noize is the one and only DJ to be nominated at the D6bels Music Awards in the best live performance category, next to Stromae and Girls in Hawai. 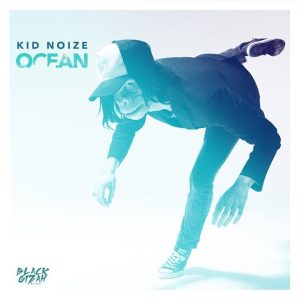