Norway’s Fieh present their debut single ‘Glu’, a laid-back yet concise pop song glazed with hypnotic jazz keys and lush strings. The track is out now on New York label, Honeymoon (Anna of the North, Rejjie Snow), and comes complete with a video directed by Thomas Flatt, montaging everyday scenes of the band with a dreamlike sheen.

“Glu is about liberating yourself from what other people think,” says frontwoman, Sofie Tollefsbøl. “I wrote the song on a day when many older men had recently been telling me what I should do and not do when working on my music. It made me think ‘hmm I’m a 22 year old girl, how can you know what I should be doing? I’ll have to do this my own way – and I guess I’ll sing about it too.’”

“This has been our favourite song to play live for a loooong time, and now it’s finally out there with a video with help from a bunch of young, creative people like the amazing director Thomas Flått and our labels Honeymoon and Vibbefanger. No old men telling anyone what to do.”

Fieh is a nine-person band led by Tollefsbøl, a 22 year old from a forest in Norway with barely 1000 inhabitants. Influenced by D’Angelo, Outkast, and Erykah Badu, Tollefsbøl started releasing her Garage band-produced demos on Soundcloud three years ago. Since then, her solo project has grown into a full blown band with backup singers, a drummer, a bassist, a guitarist, a trumpeter and a keyboardist, all fellow students in the jazz program at Norwegian Academy of Music.

‘Glu’ is out now via Honeymoon, and available HERE. 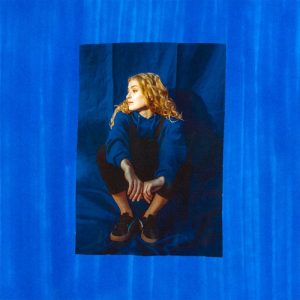