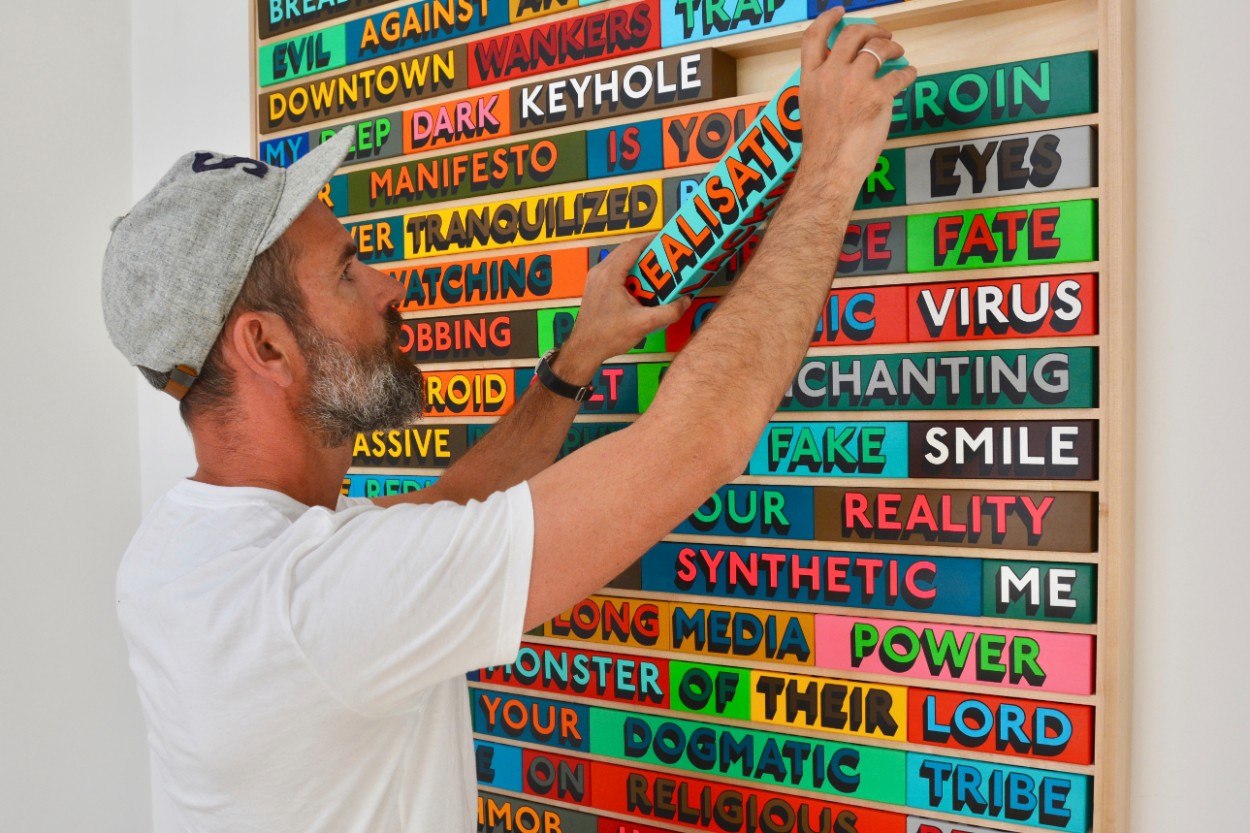 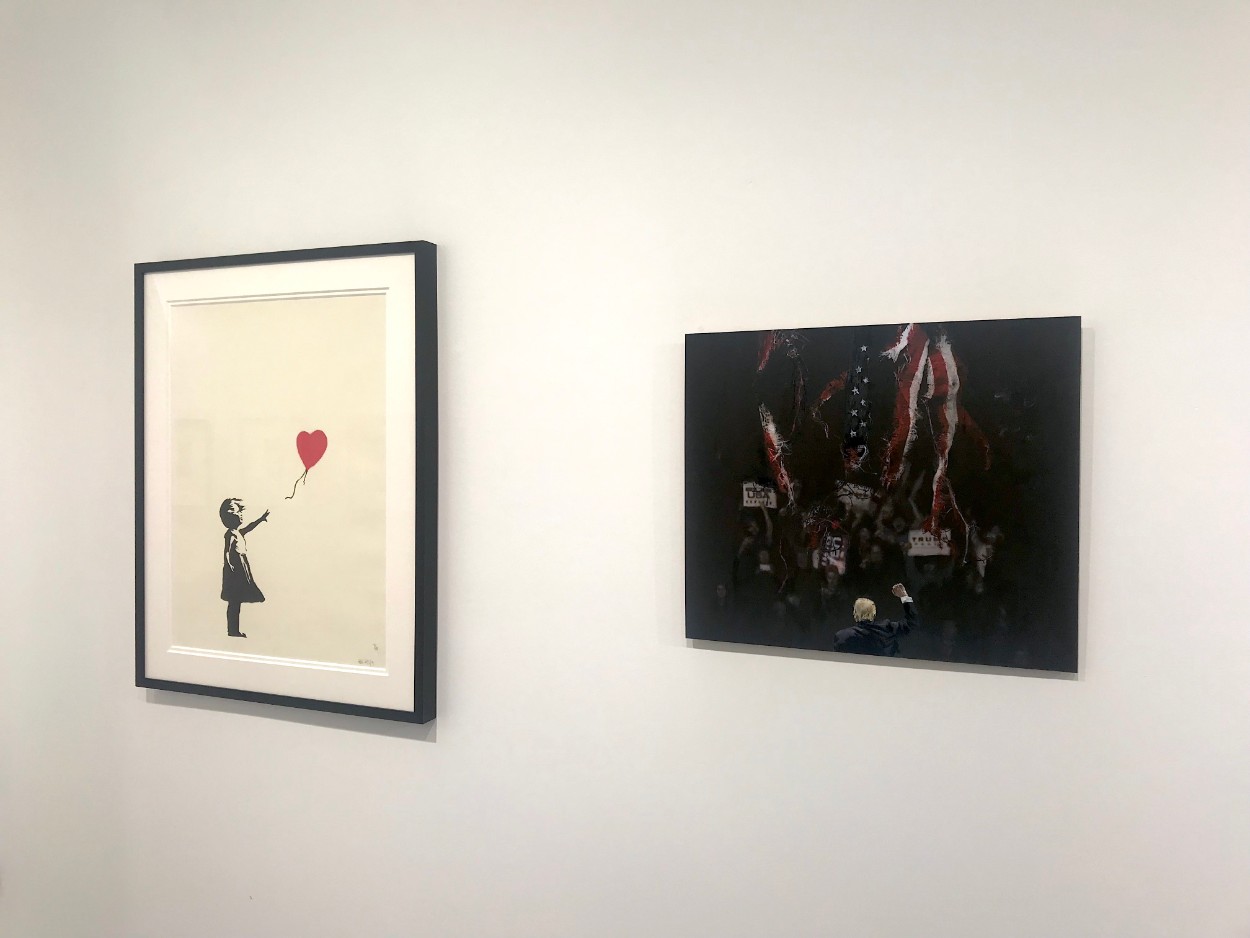 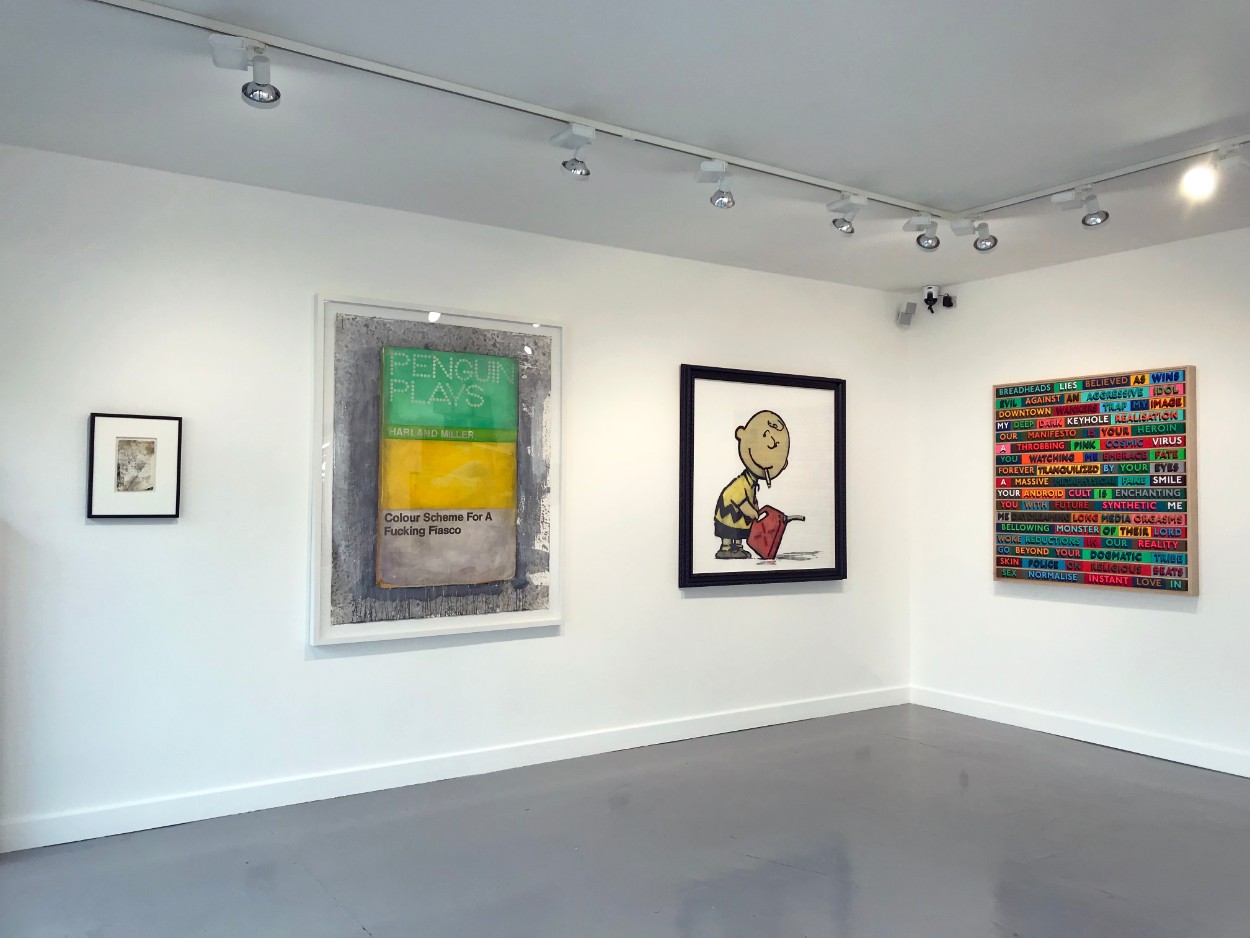 Hang-Up Gallery in East London is celebrating its 10th Anniversary with a ten-week festival of art and entertainment featuring ten artists. Hang-Ten runs until 2nd September and includes a multimedia group exhibition, exclusive limited releases, and a packed events calendar of talks and workshops.

Over the past decade, the gallery has hosted over 20 exhibitions displaying works by over 50 artists. Hang-Ten will feature ten of their top artists, displaying exclusive and unseen artworks by Banksy, Harland Miller, The Connor Brothers, Sir Peter Blake, kennardphillipps, Oddly Head, Lauren Baker, Joe Webb, Johnathan Reiner and Mark Powell.

This includes a new screen print from The Connor Brothers, a percentage of which we will be donating to the mental health charity CALM in support of the artists continuing work with CALM ambassador Professor Green, a Joe Webb print in collaboration with pop star Dua Lipa, as well as new luxe bronze ice-cream from Oddly Head and an anti-Trump protest poster from kennardphillipps. 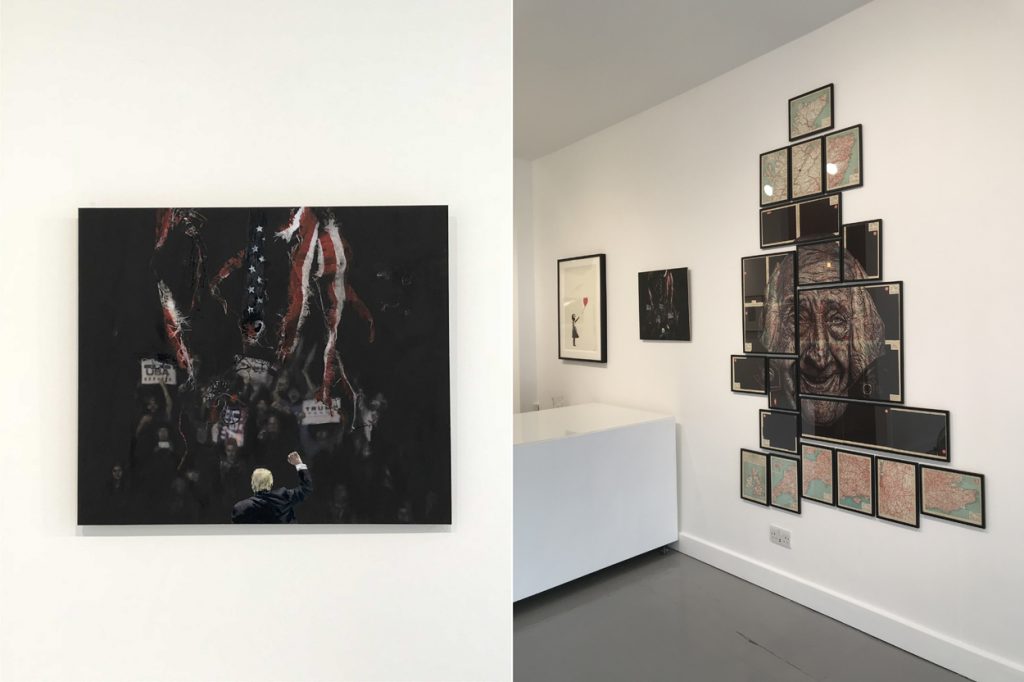 Hang-Up Gallery launched online in 2008 from Gallery Director Ben Cotton’s spare room. They opened their first gallery space in 2012, and since then have celebrated a diverse range of solo exhibitions and group shows, and established a firm local, national and international following.

Now residing in the heart of Dalston – the only commercial art gallery in the area –  Hang-Up’s 1500 square ft two-floor gallery space is equipped with a licensed bar, and has hosted exclusive events with a cross-section of major names from the music and art world, including Darryl ‘DMC’ McDaniels from hip-hop’s legendary Run-DMC, where Darryl performed an intimate gig in the gallery bunker to launch his new collection of artworks.

Throughout the ten-week celebration, they will host a number of free talks and workshops in their renowned Bunker. The selected artists will be invited to share their new releases, processes and experiences to the public alongside other important figures in the contemporary art world.