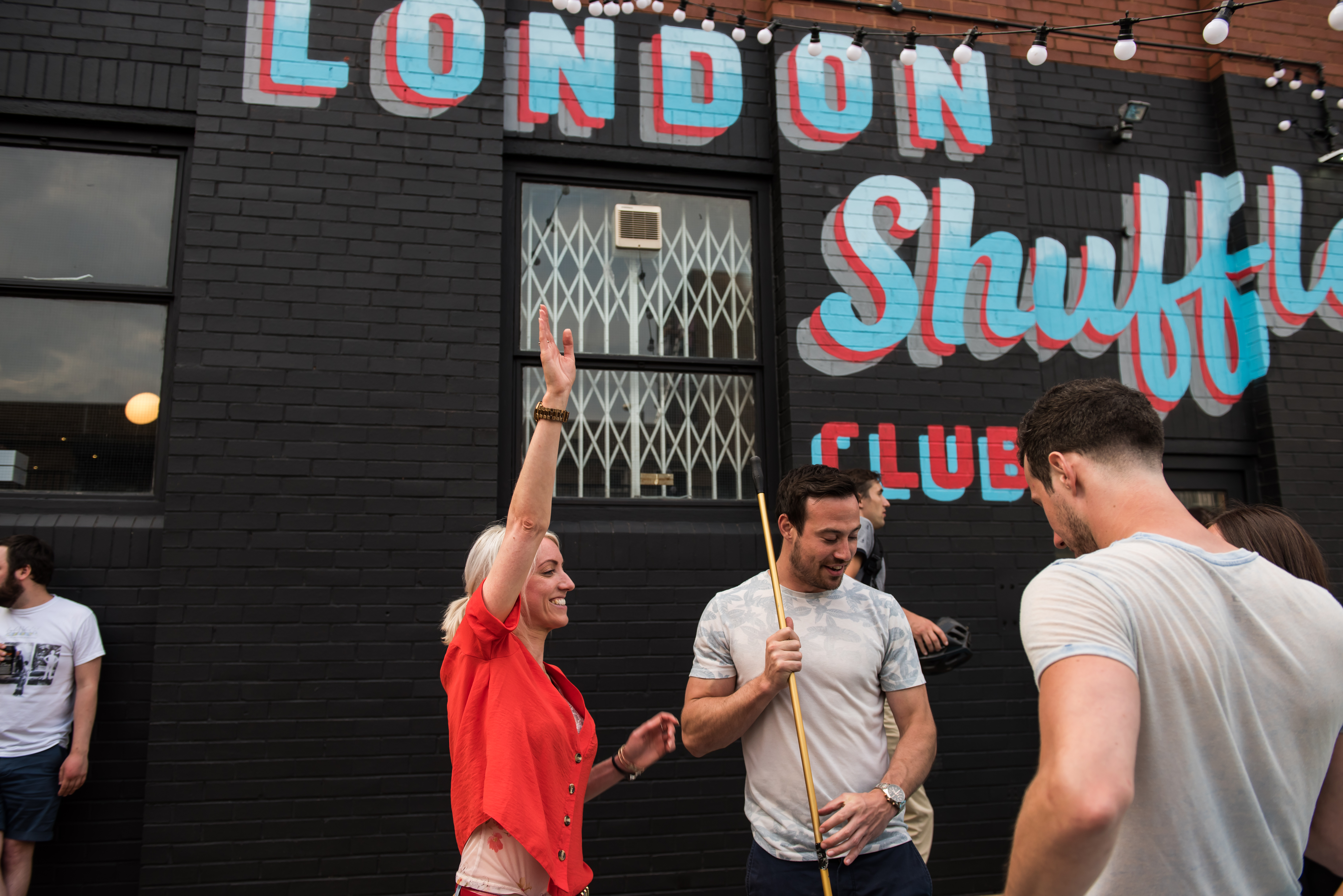 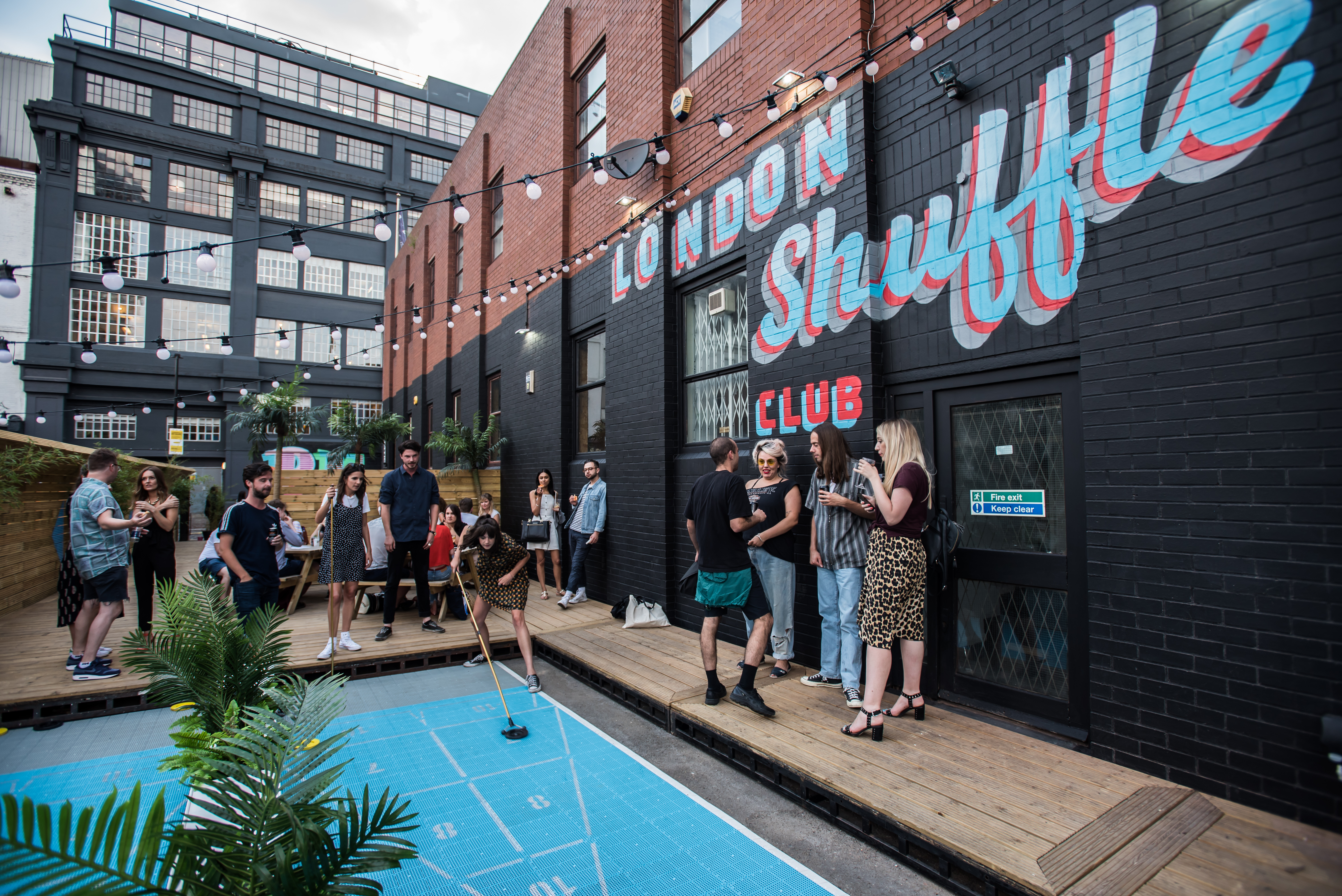 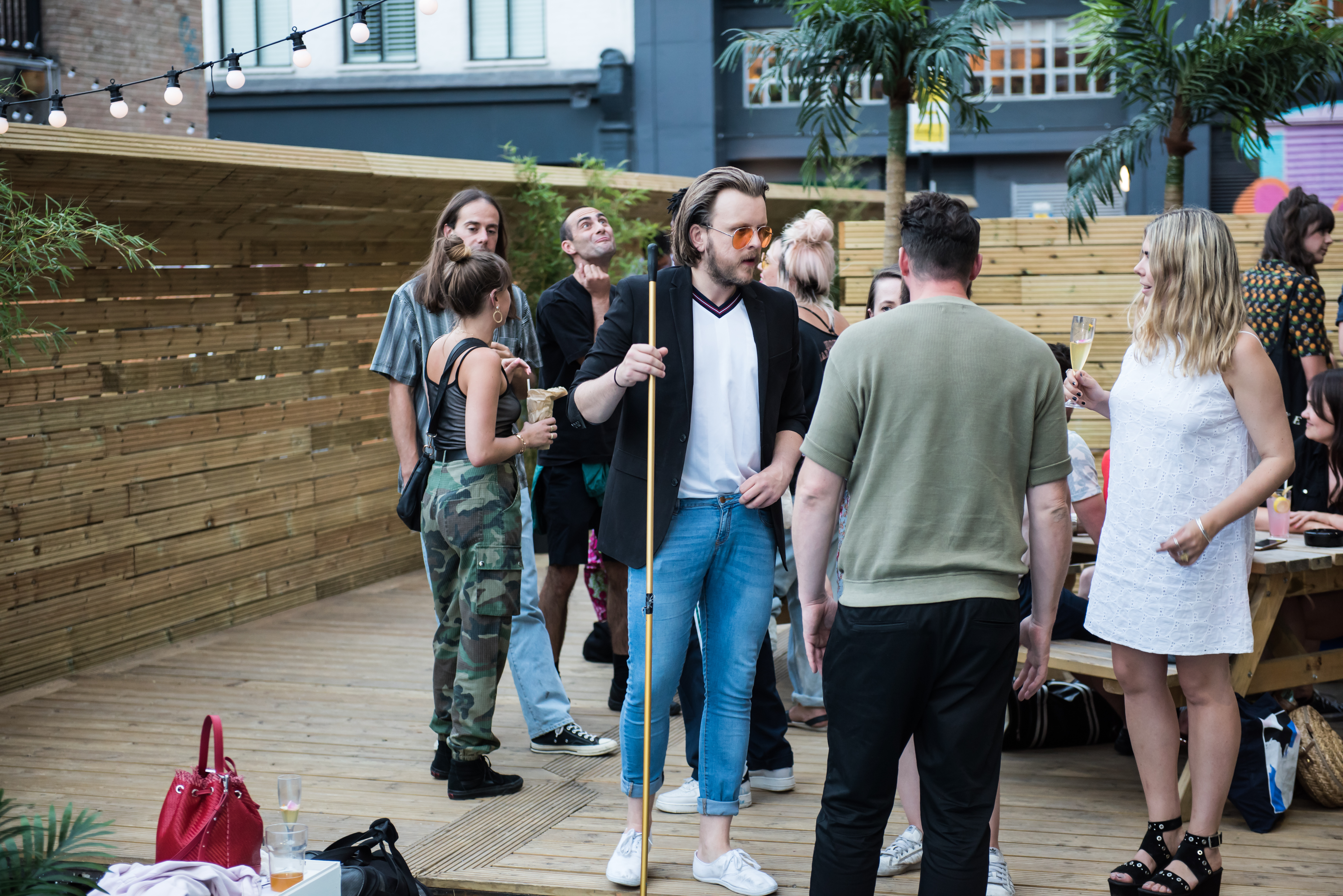 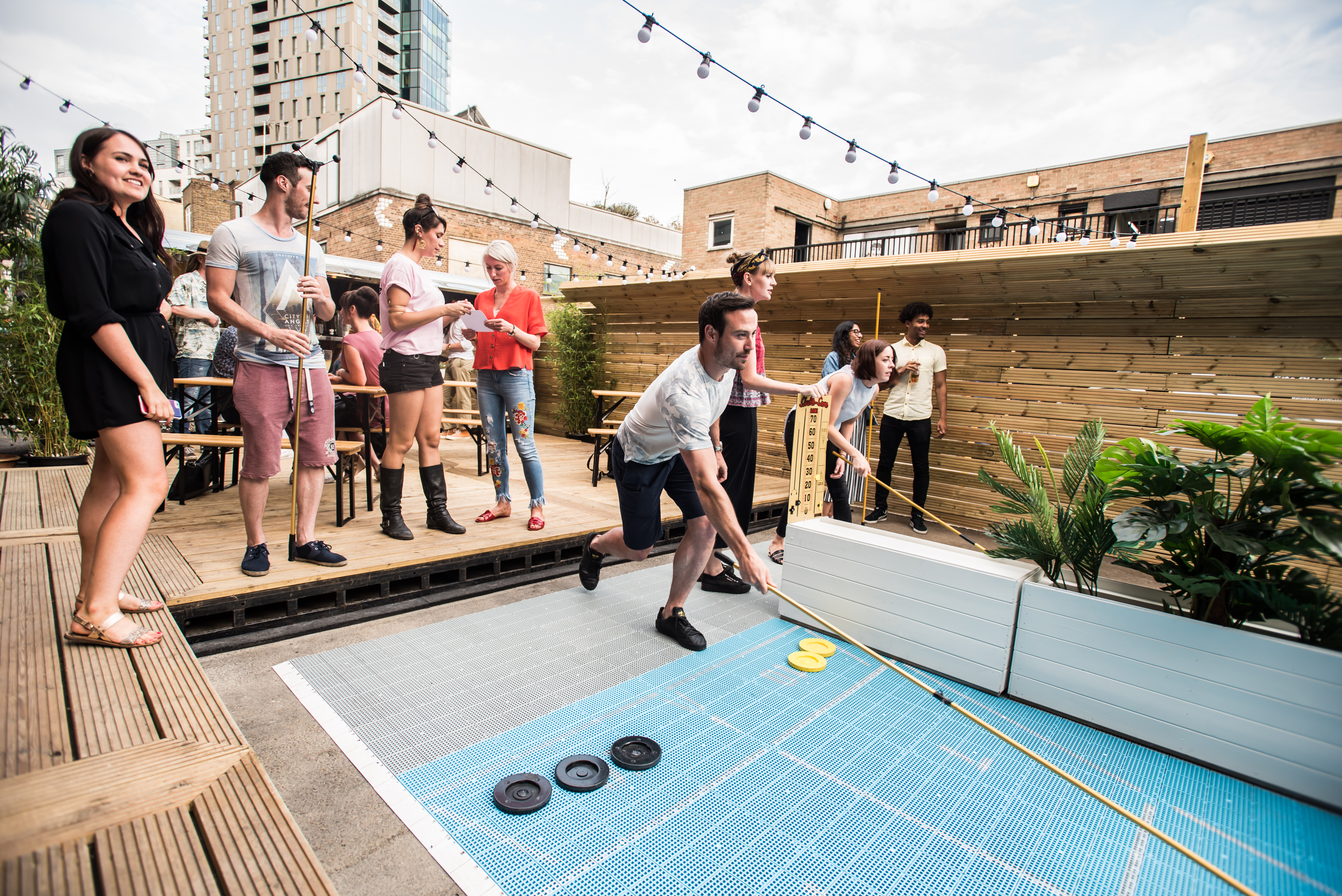 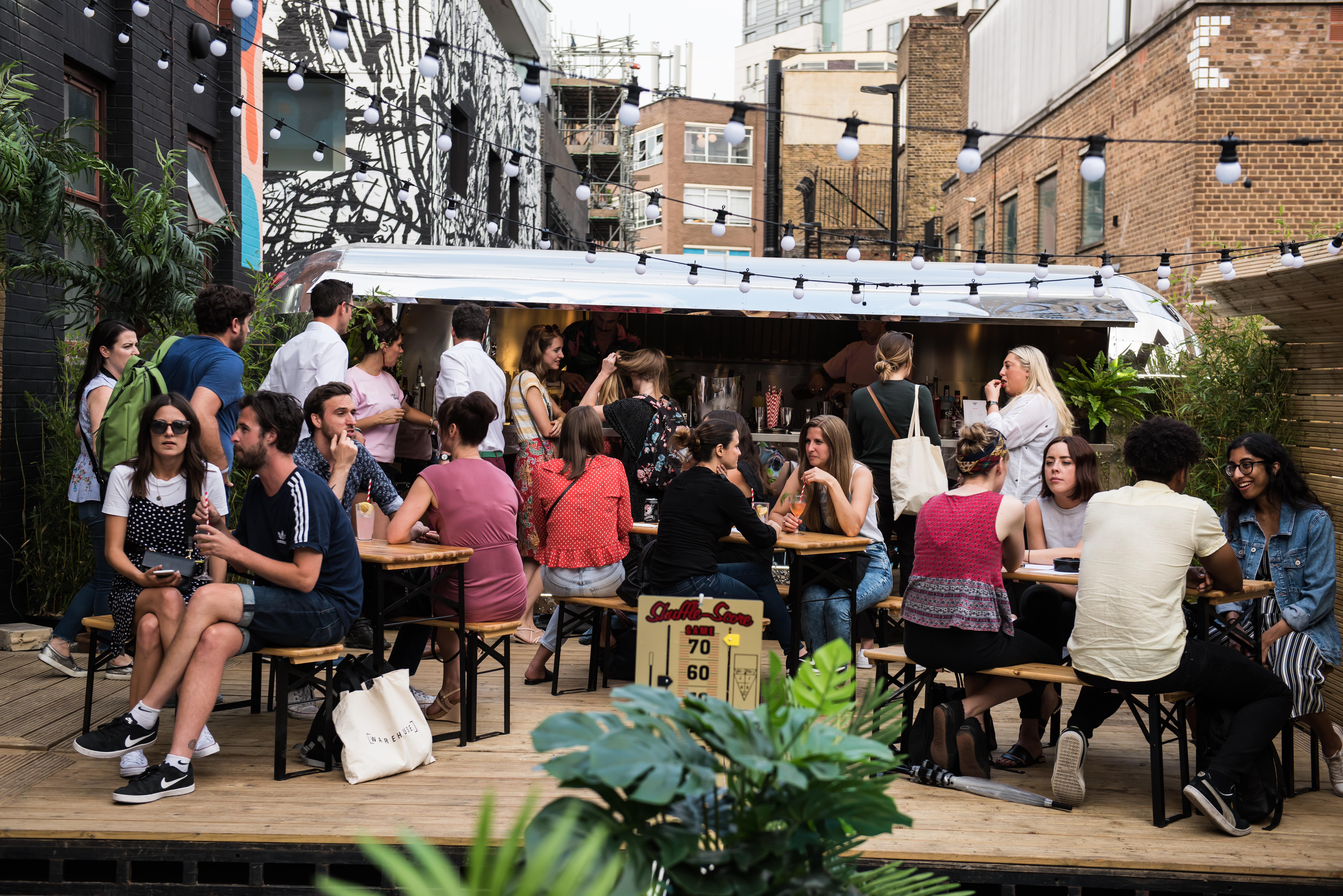 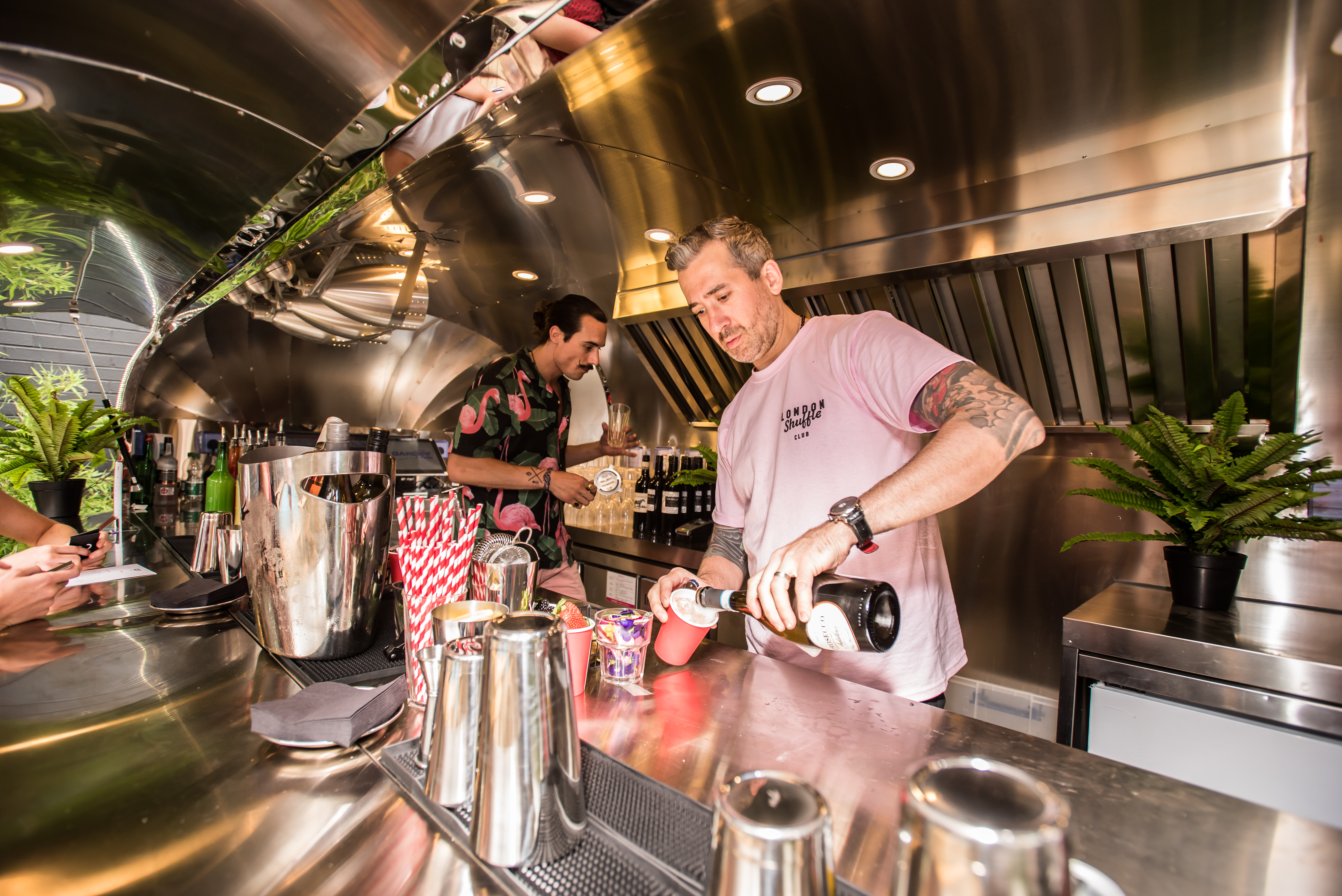 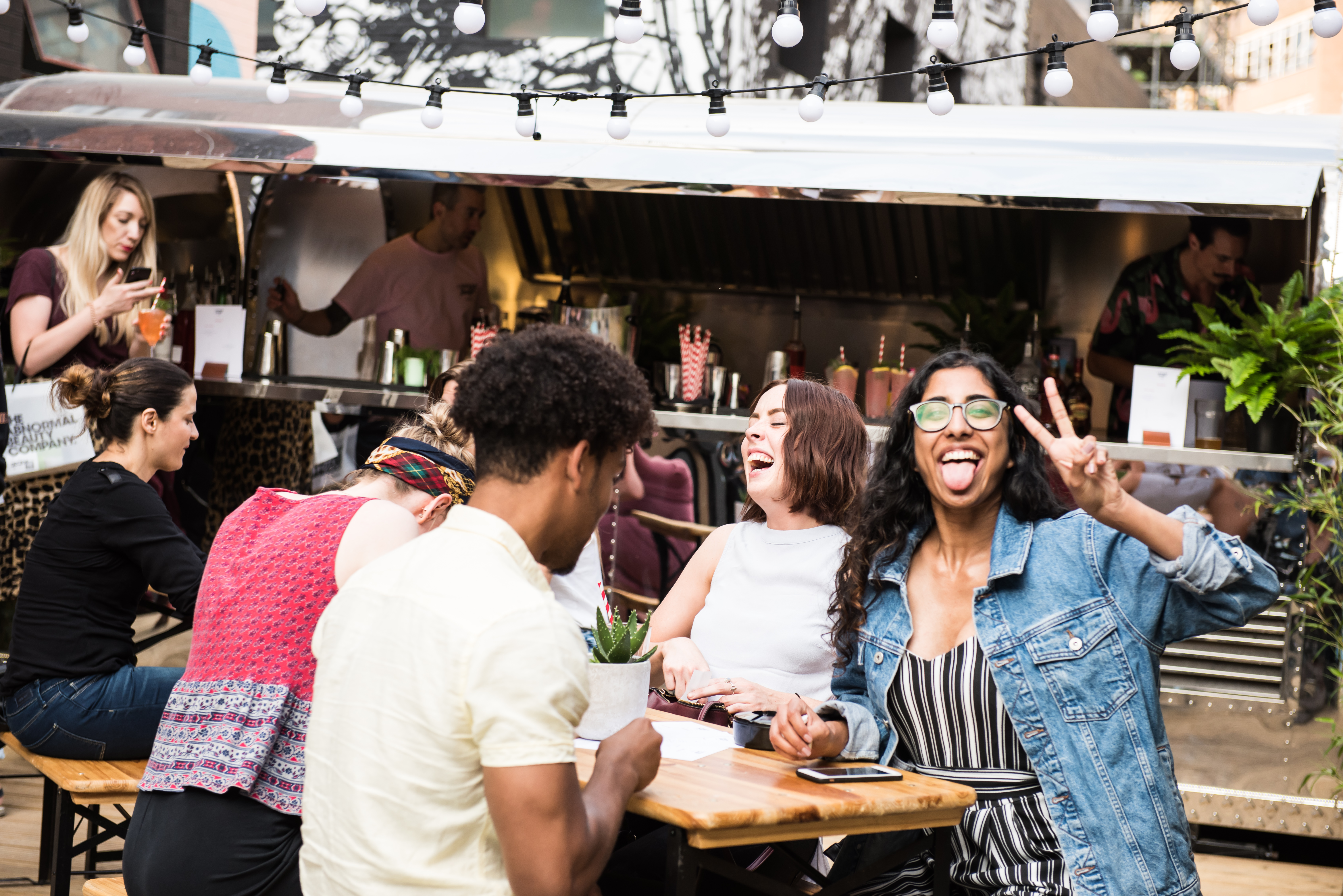 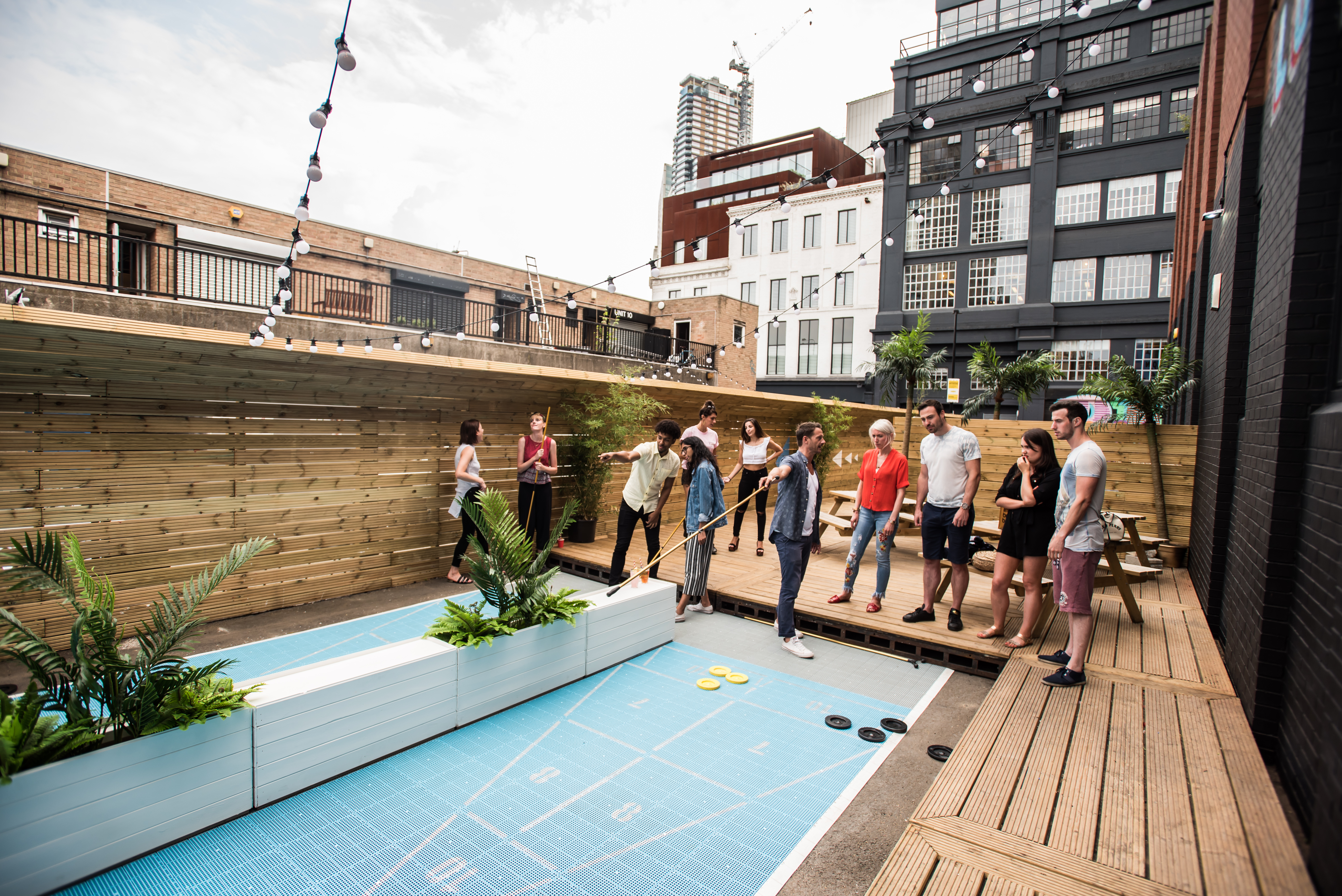 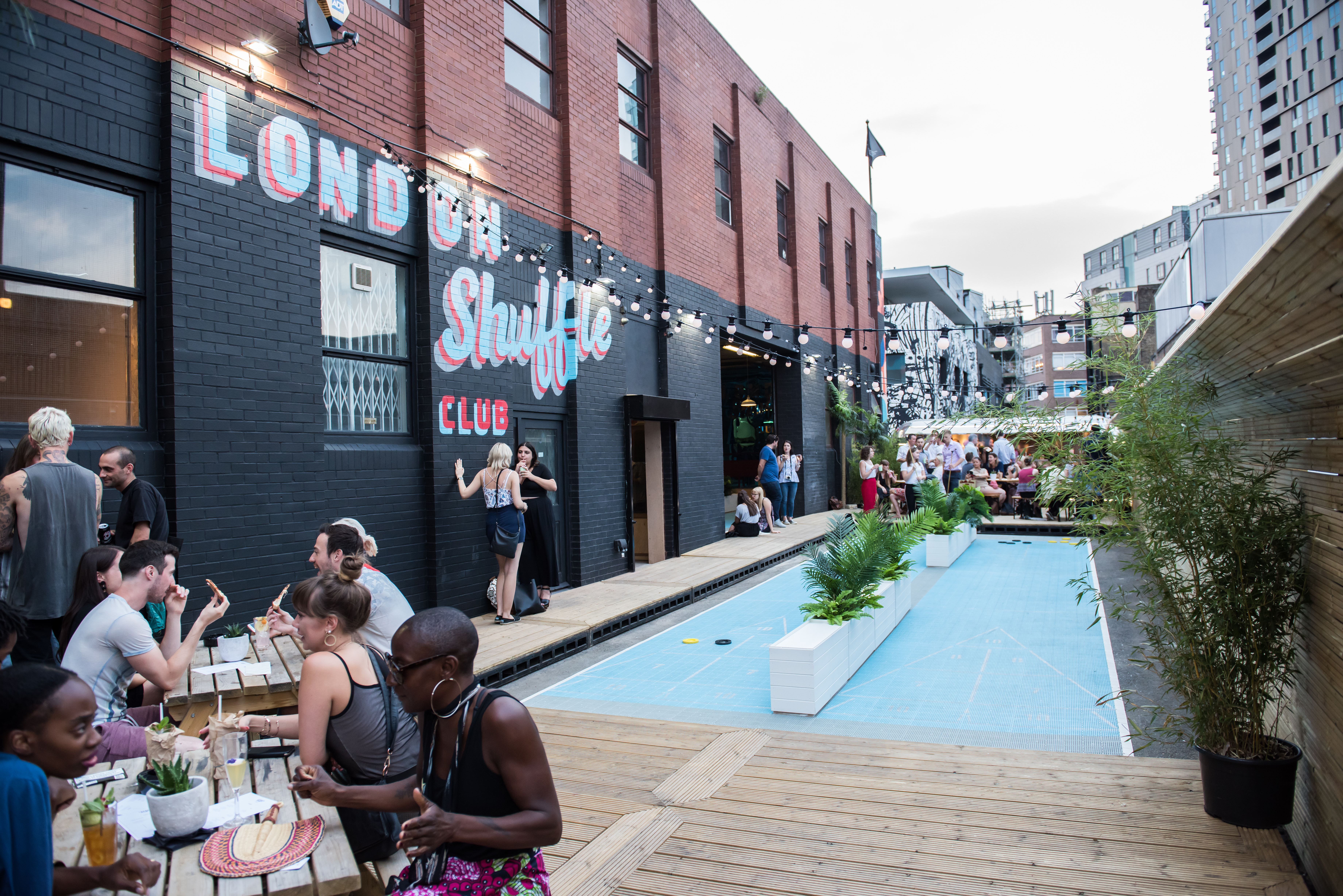 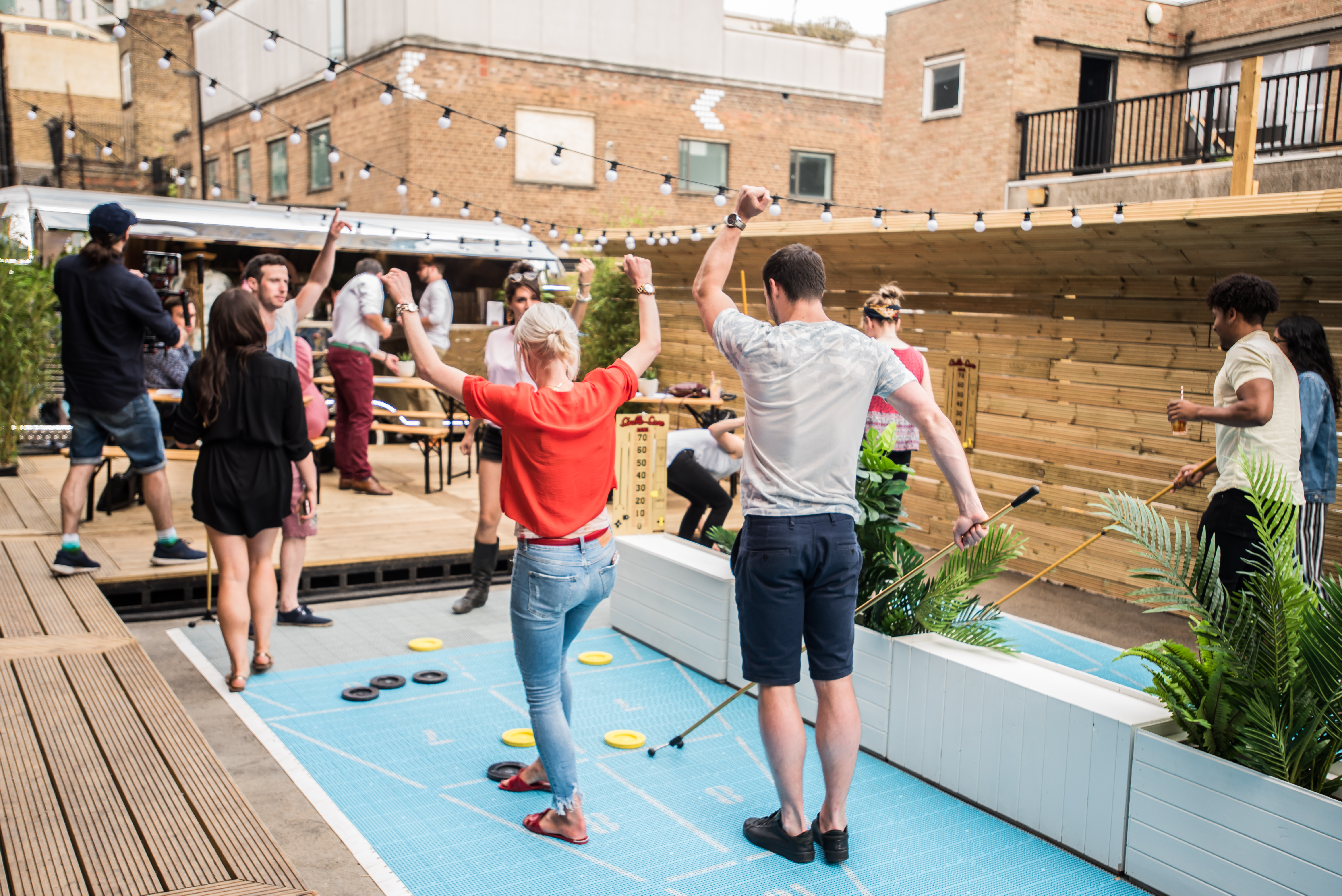 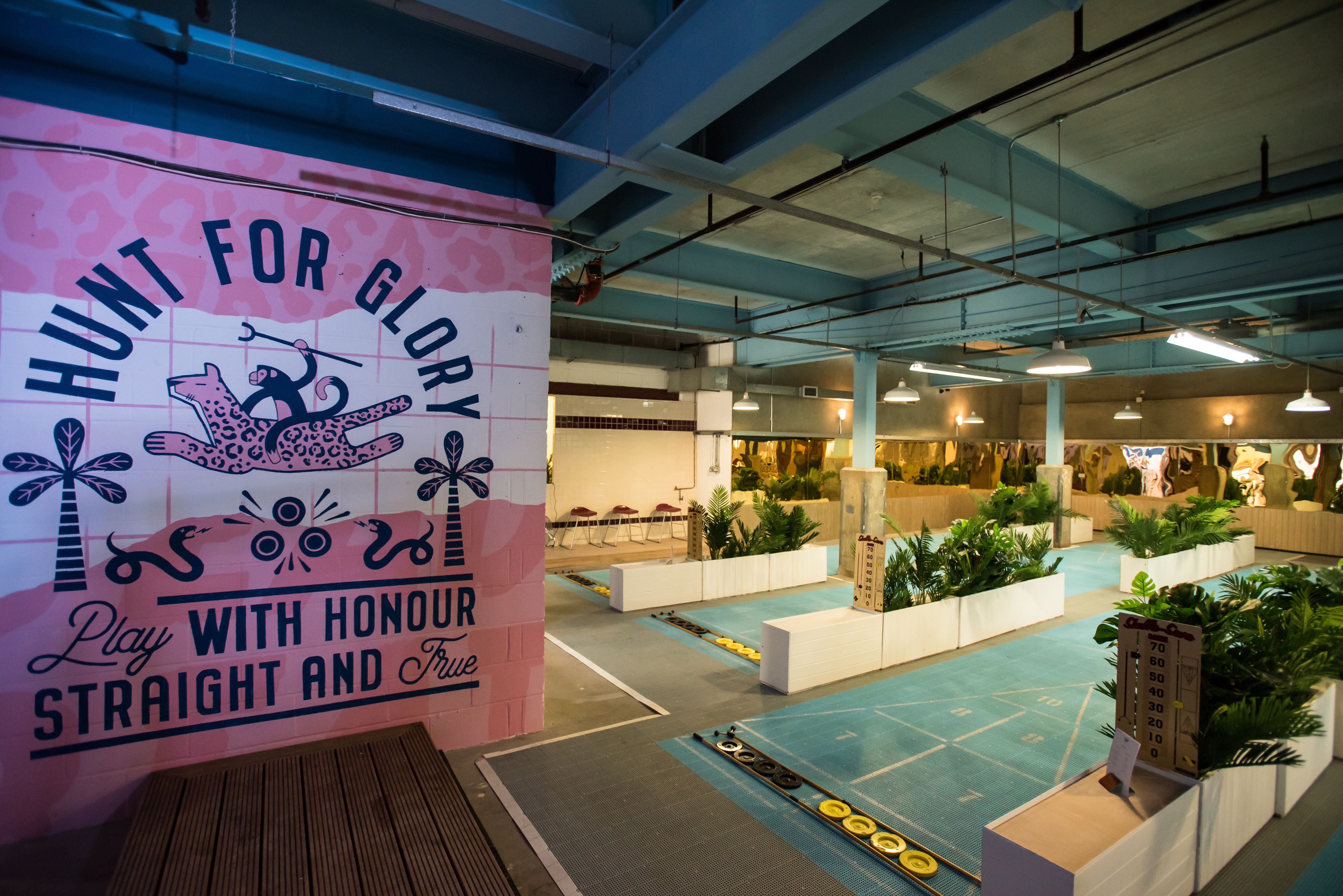 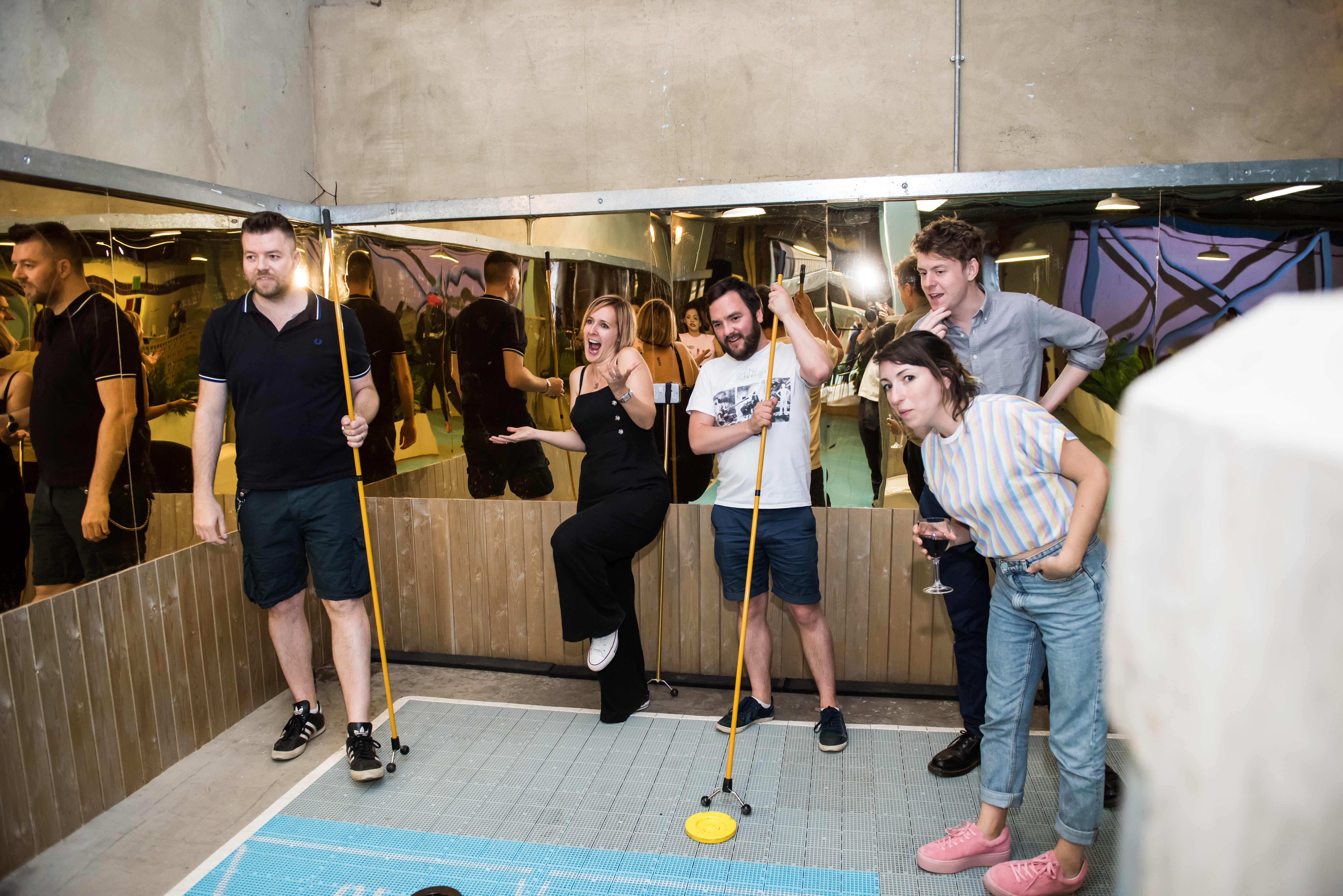 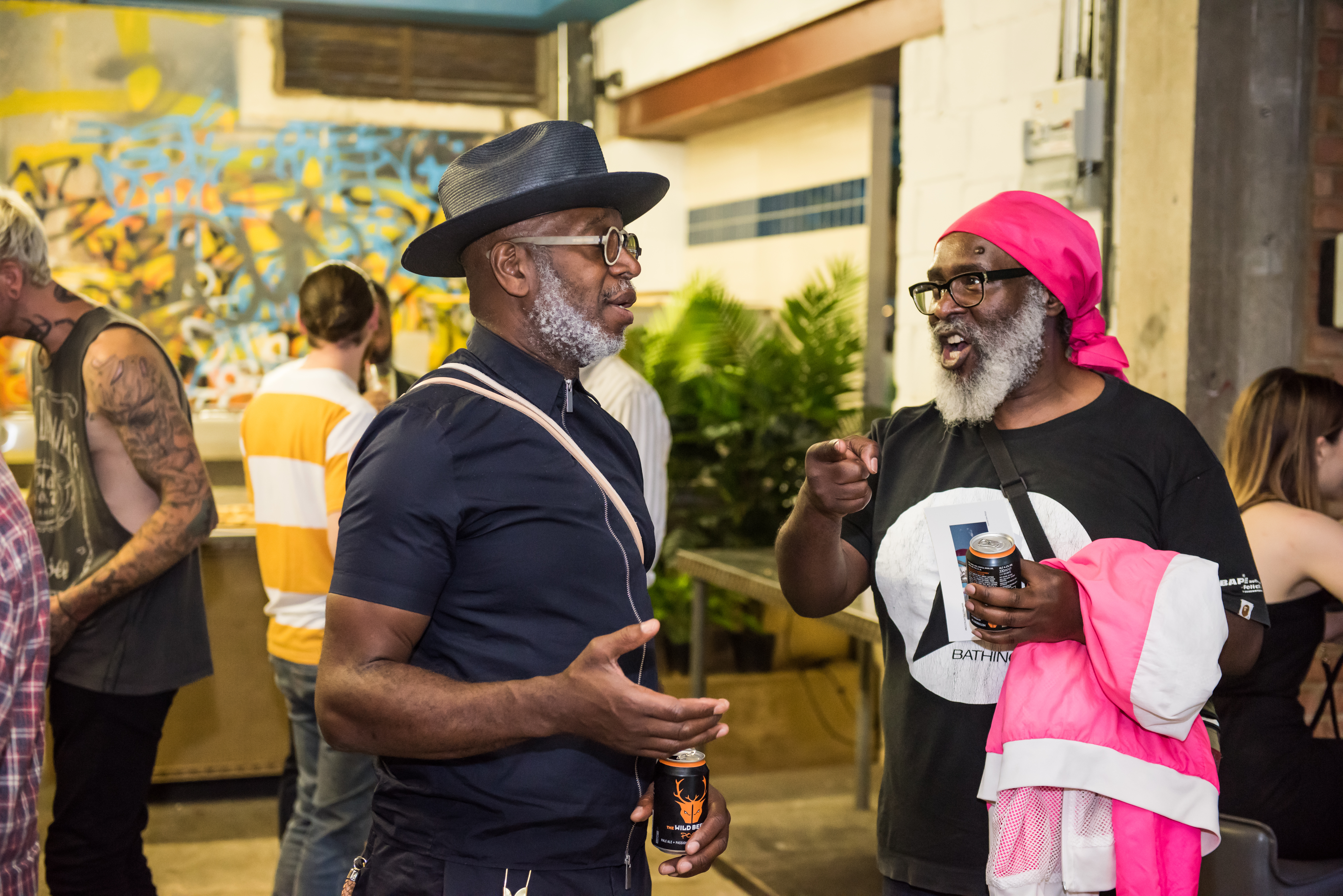 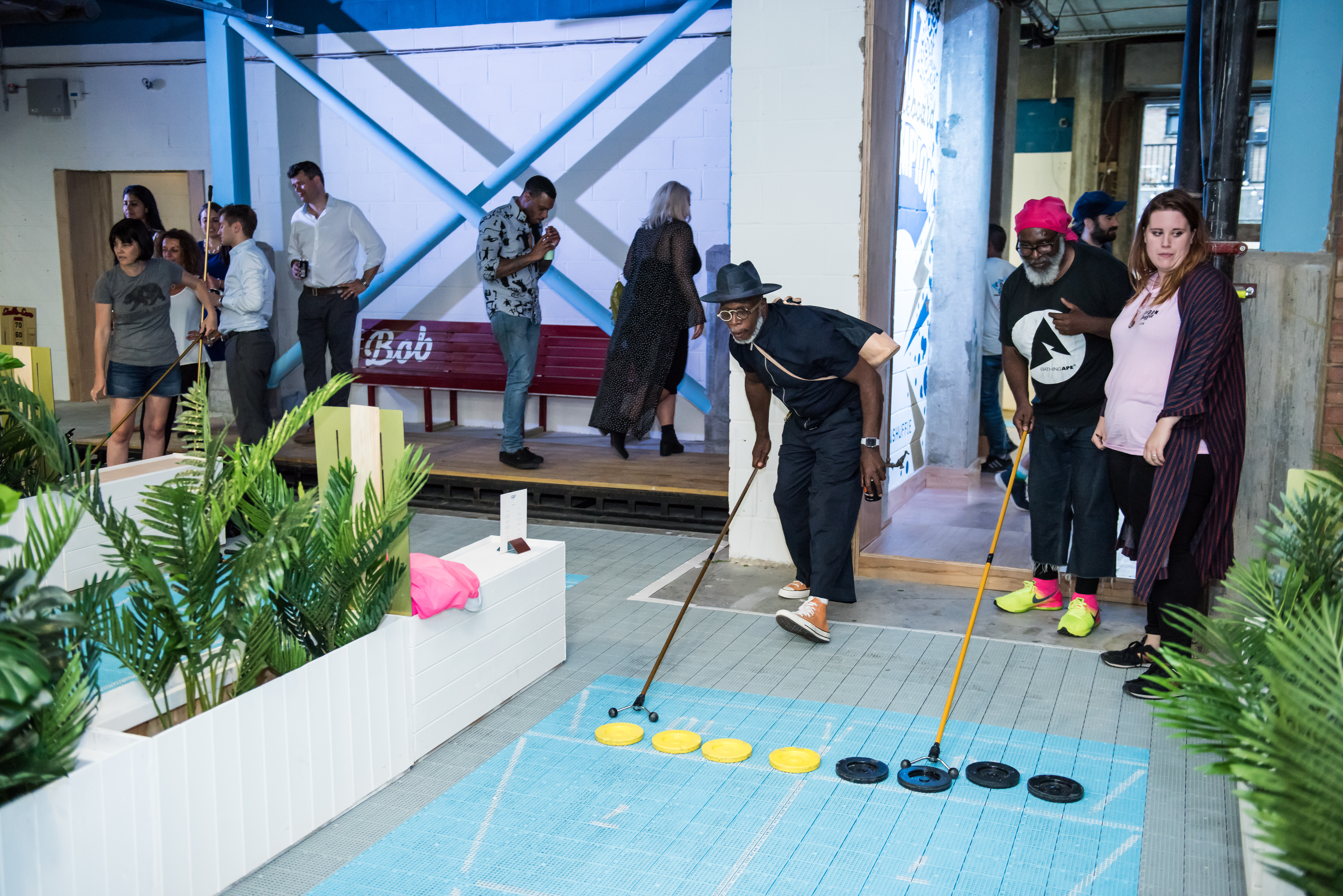 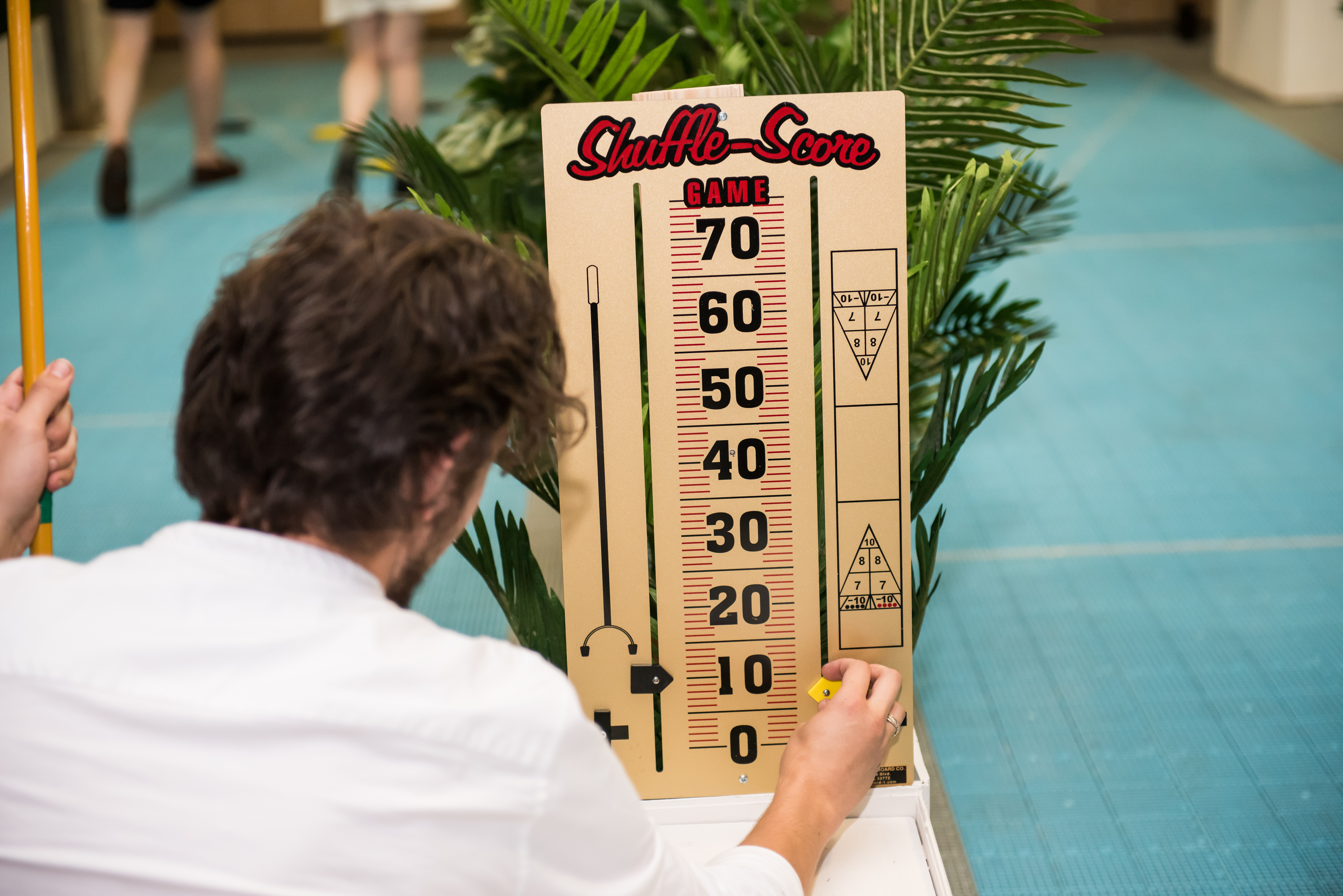 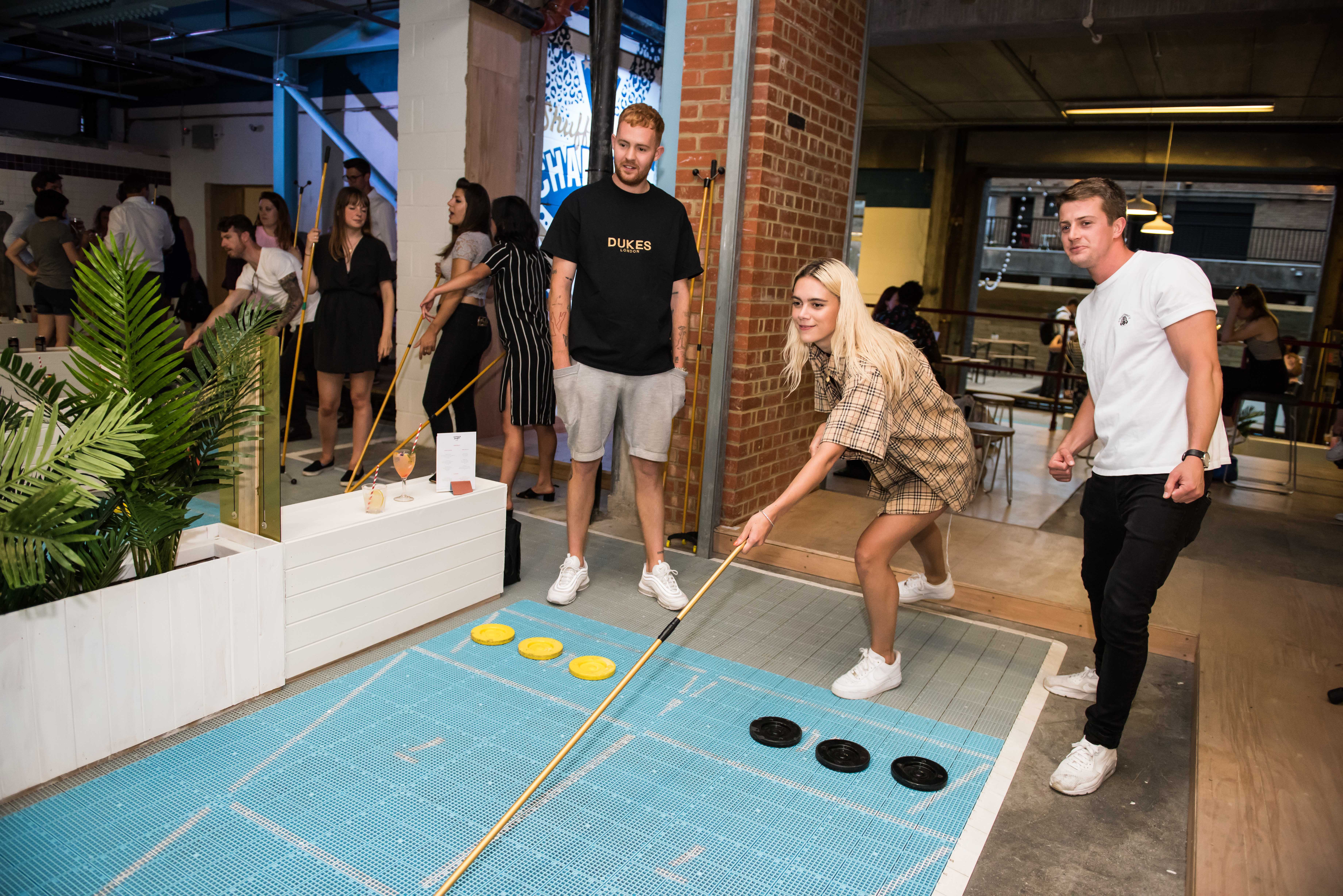 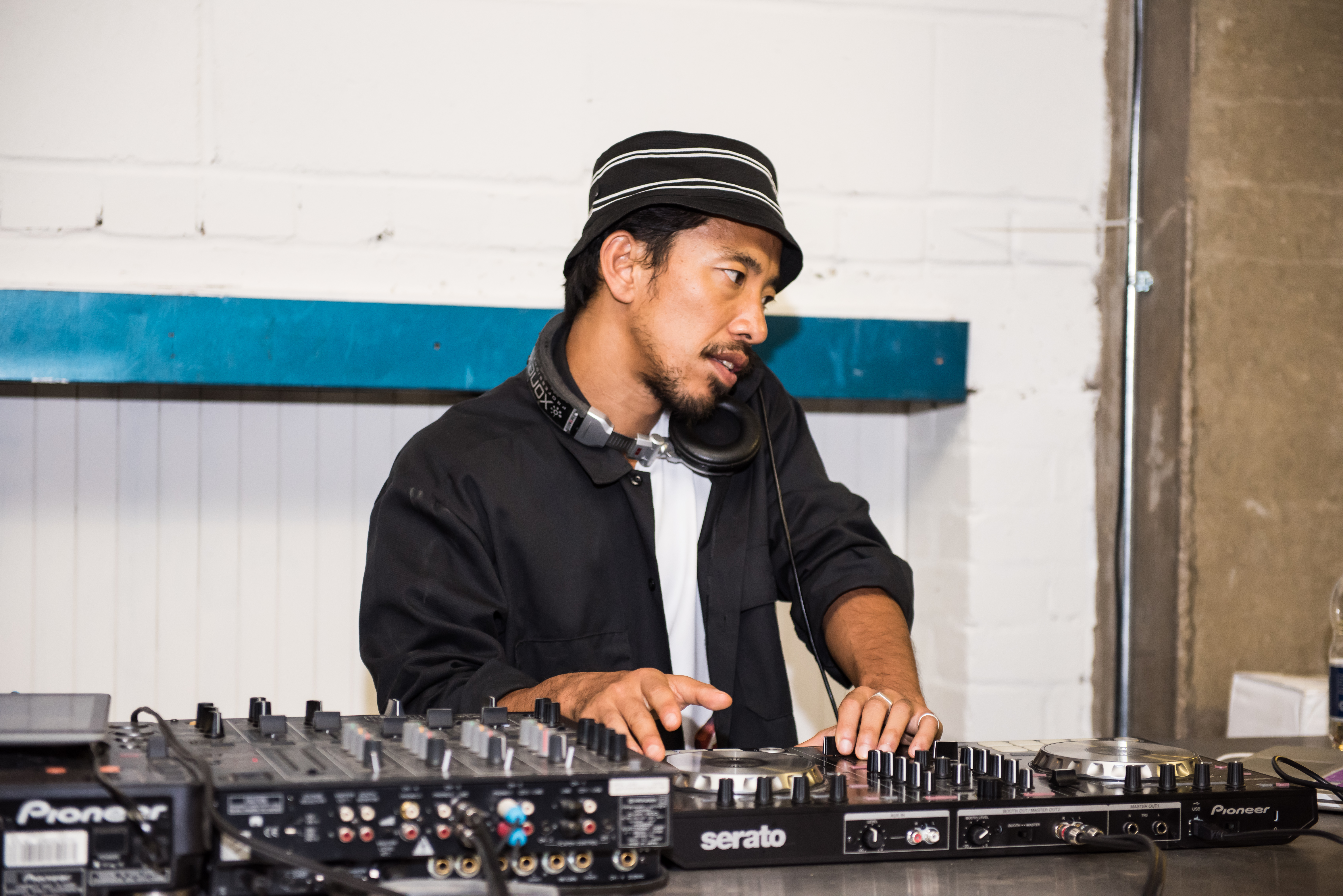 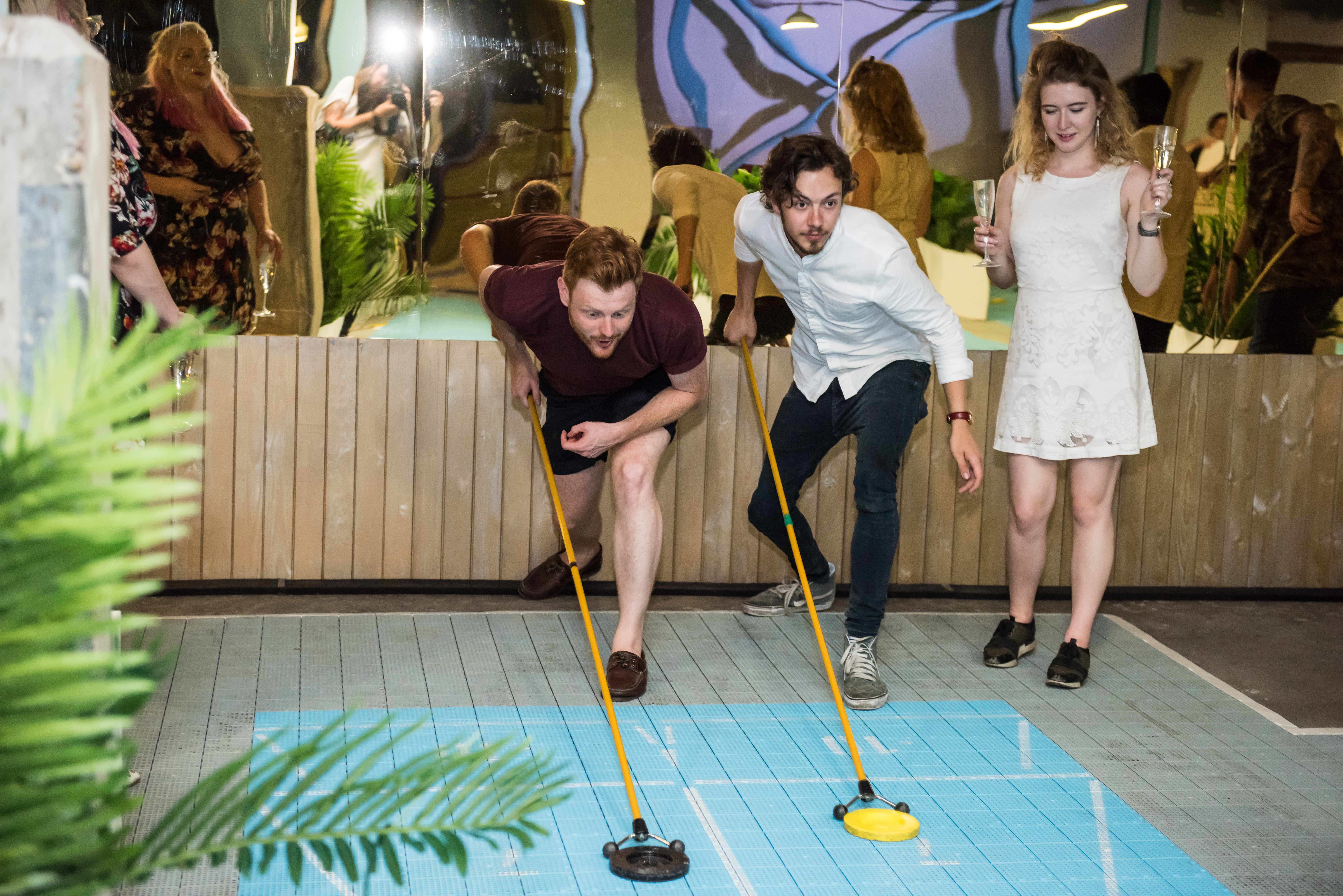 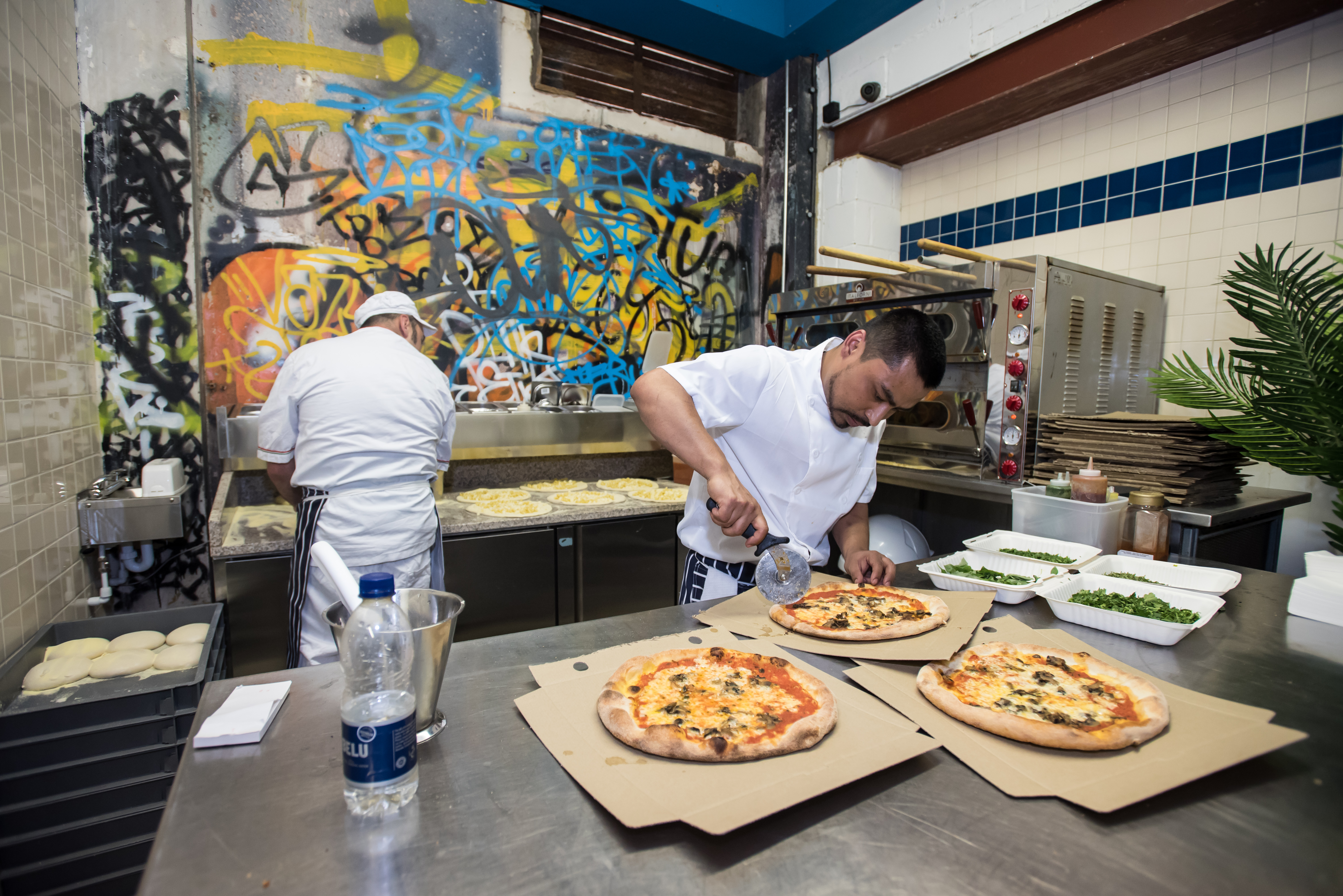 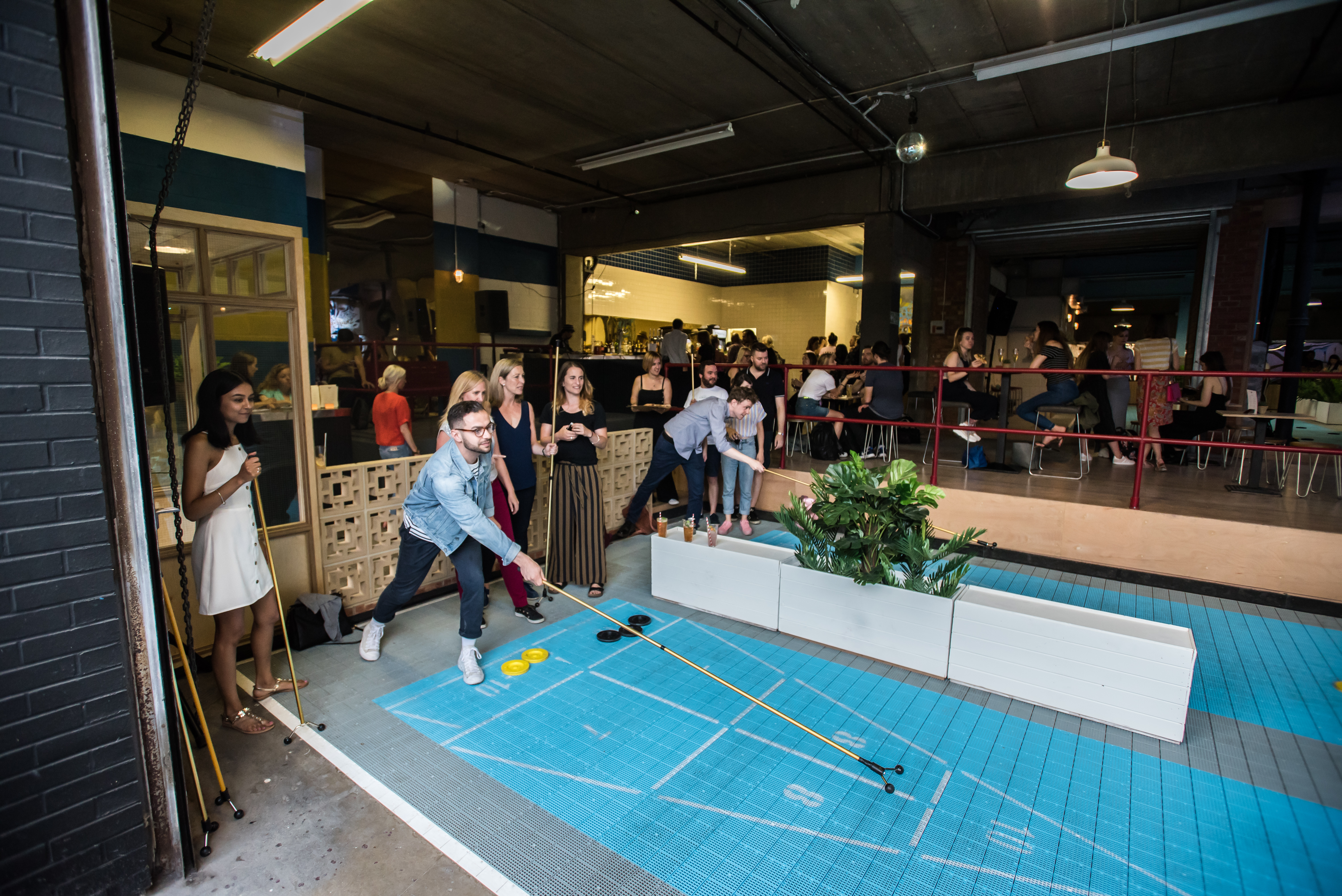 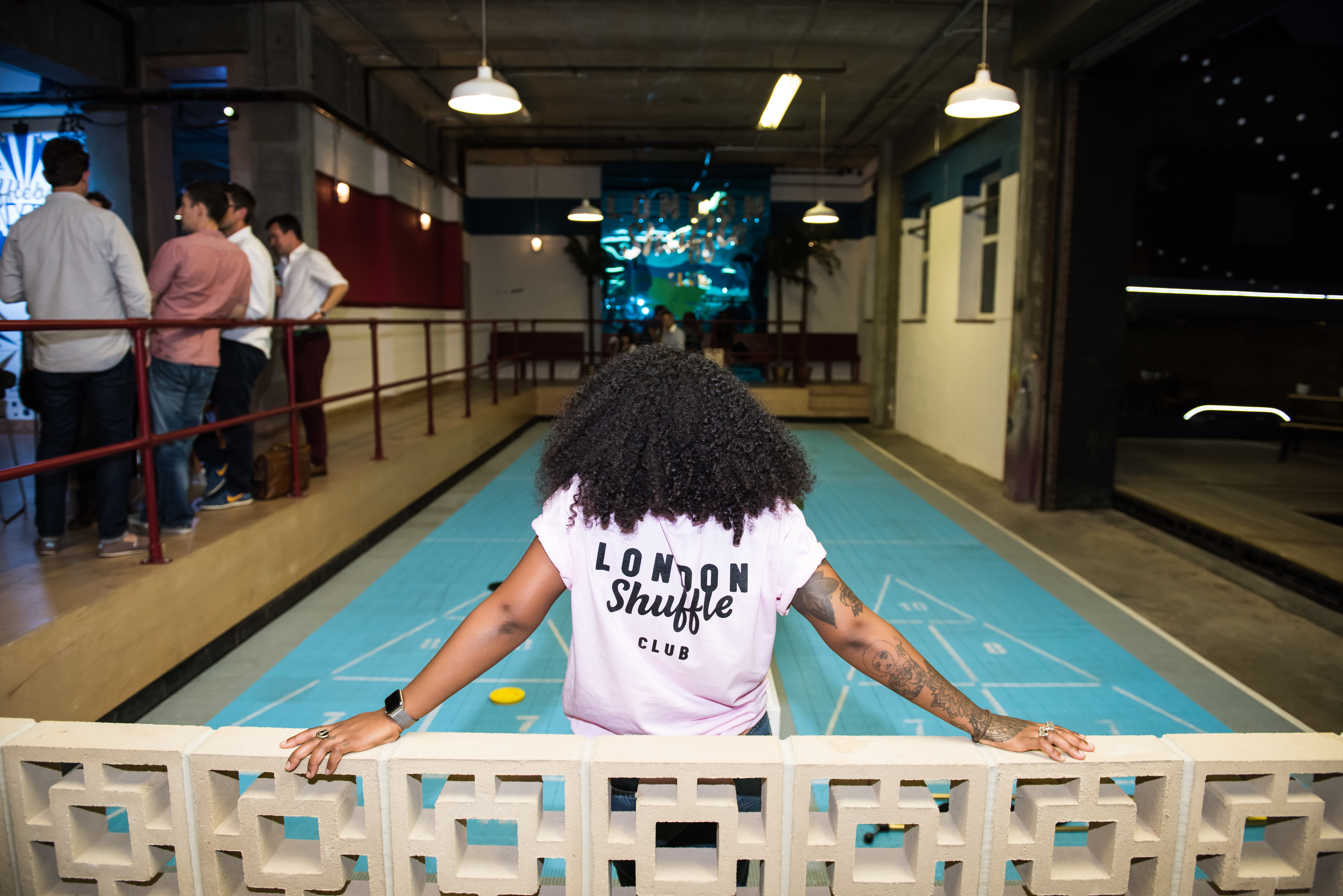 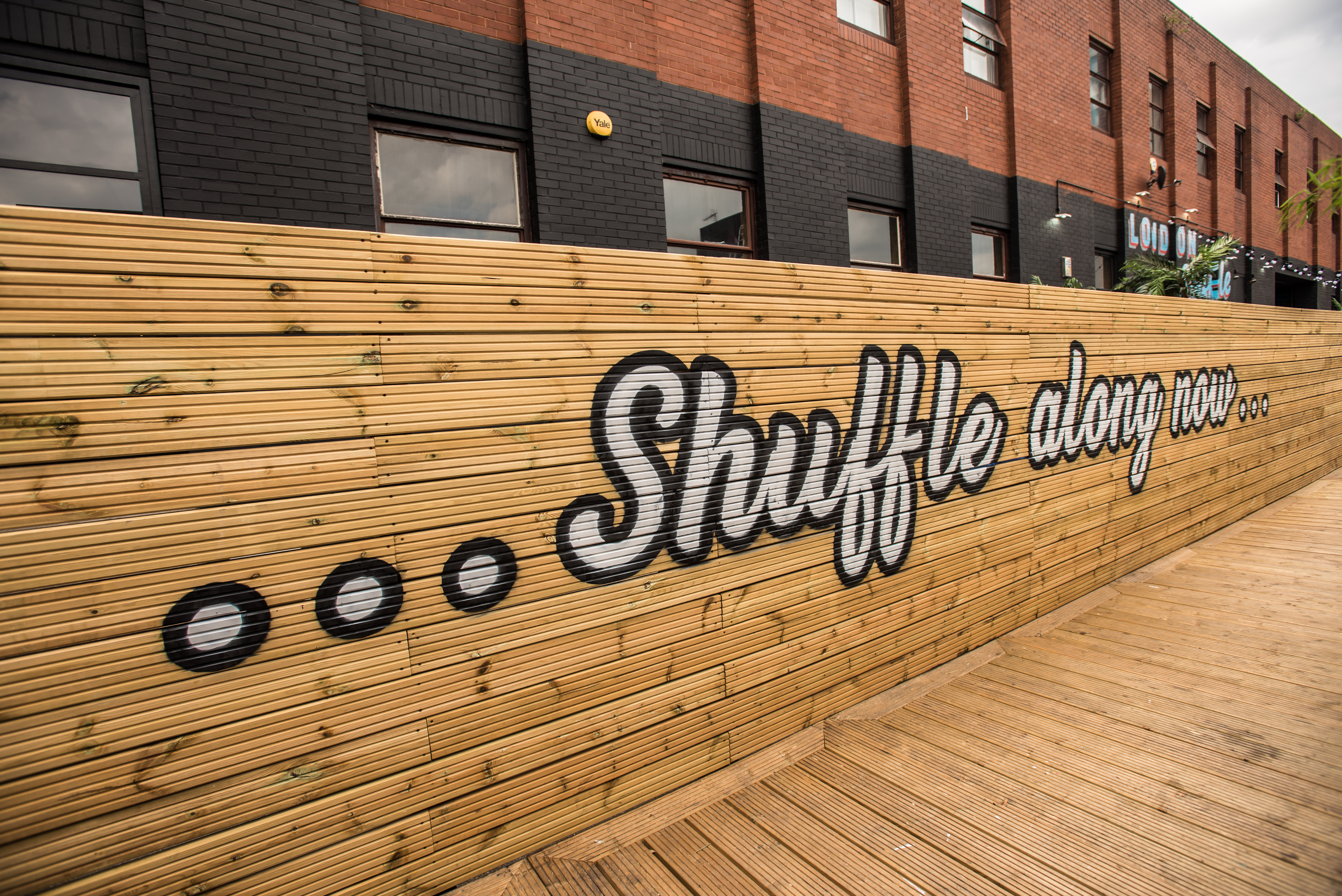 London Shuffle​ launched its very own permanent residence in London’s Shoreditch this 4th of July, and FMS were there, in the beautiful weather, to try our hand at tang-ing that biscuit on the UK’s first ever open-air shuffleboard terrace.

Shuffleboard originated on the decks of cruise ships in the early 20th century (second class passengers played it on the Titanic) and is often associated with the elderly, due to its low physical fitness requirements (well, that’s just perfect). However, the opening of Royal Palms in Brooklyn a few years ago introduced the sport to younger folk, including London Shuffle founder, Graeme Hawkins, who brought shuffleboard to the UK with a series of pop-ups, before settling on Ebor Street.

Players are divided into two teams and each player uses a ‘Tang’ (a stick with a u-shaped fork at the end) to push their ‘biscuit’ (disc) along the floor into a scoring zone at the end. The team with the highest score at the end, wins.

London Shuffle Bar (previously The Little Shuffle Club) launched in Autumn 2017, with a focus on Table Shuffleboard, which dates back over 500 years in Europe. King Henry VIII was a fan, apparently, before he banned the game for being too distracting… maybe he was just a sore loser.

In table shuffleboard, long tables (16ft at London Shuffle Bar) are covered with silicone beads to reduce friction. Players try to slide metal-and-plastic pucks, to come to rest within zones at the other end of the board. Cues are not used: the pucks being propelled with the hands directly along the table. Team with the highest score wins. 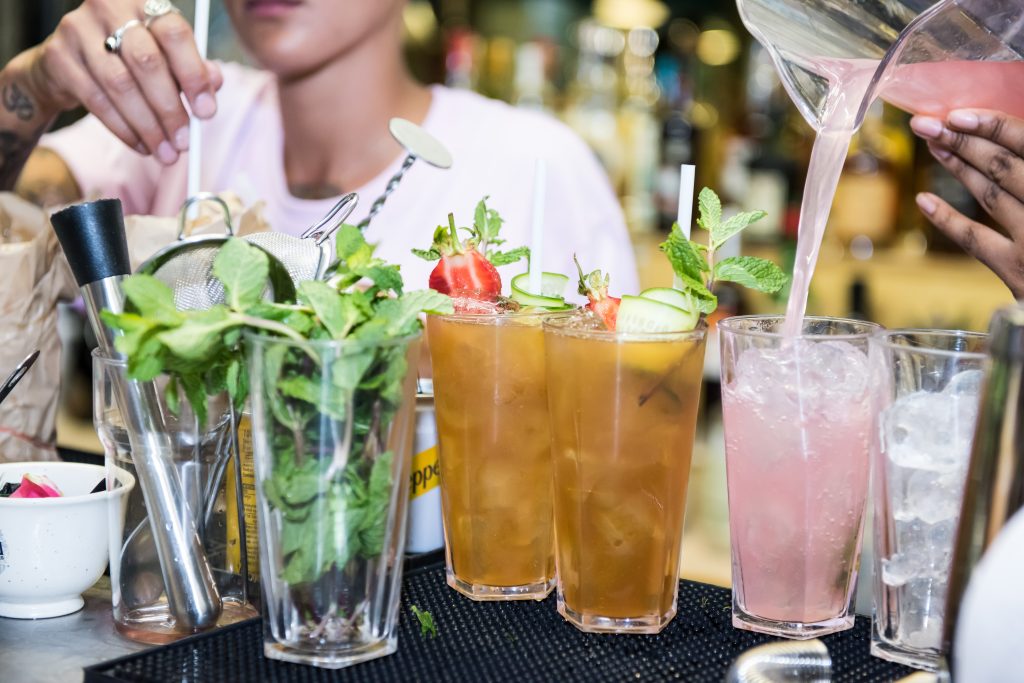 The new permanent location, just next door to London Shuffle Bar, is a bright, open warehouse, three times the size, and offering a more immersive experience, with alley-style lanes and the first ever open-air shuffleboard lanes on the outside terrace. It was here, on Lane 8 of the sun-trap area reserved for walk-ins, that FMS blew its opposition out of the water, while munching on a tasty vegan, beetroot and rocket pizza, and supping delicious cocktails from the outdoor Airstream (our favourite being a mix of gin and Pimms).

London Shuffle Club will be open Tuesday to Saturday each week, from midday to 11pm, with live music, guest ales and long, short and slushy cocktails adding to the challenge of the game. Areas can be reserved for big groups, with guest DJs playing laid-back funk, soul and rare groove, and street food vendors adding flavour to the occasion.

Get down there while the sun is still shining.