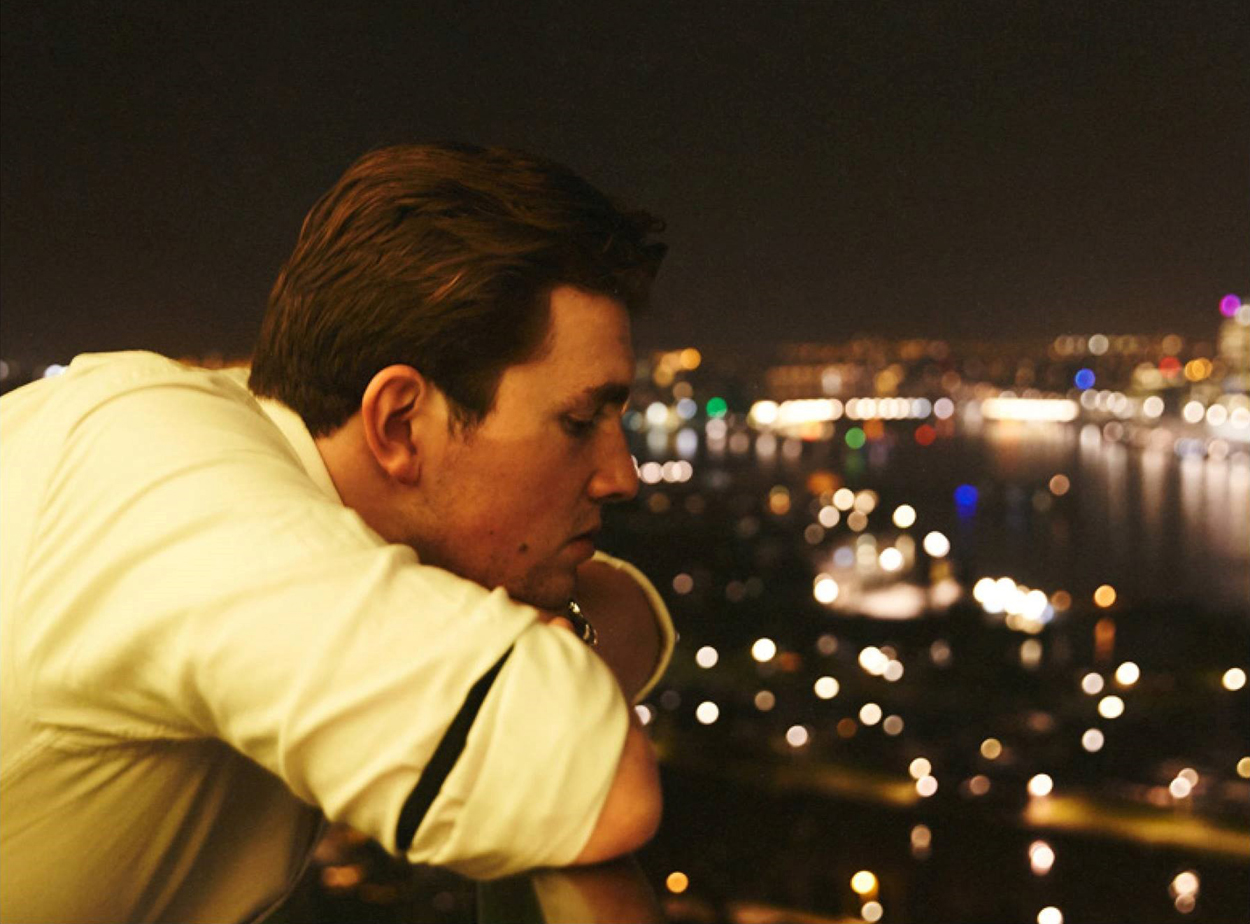 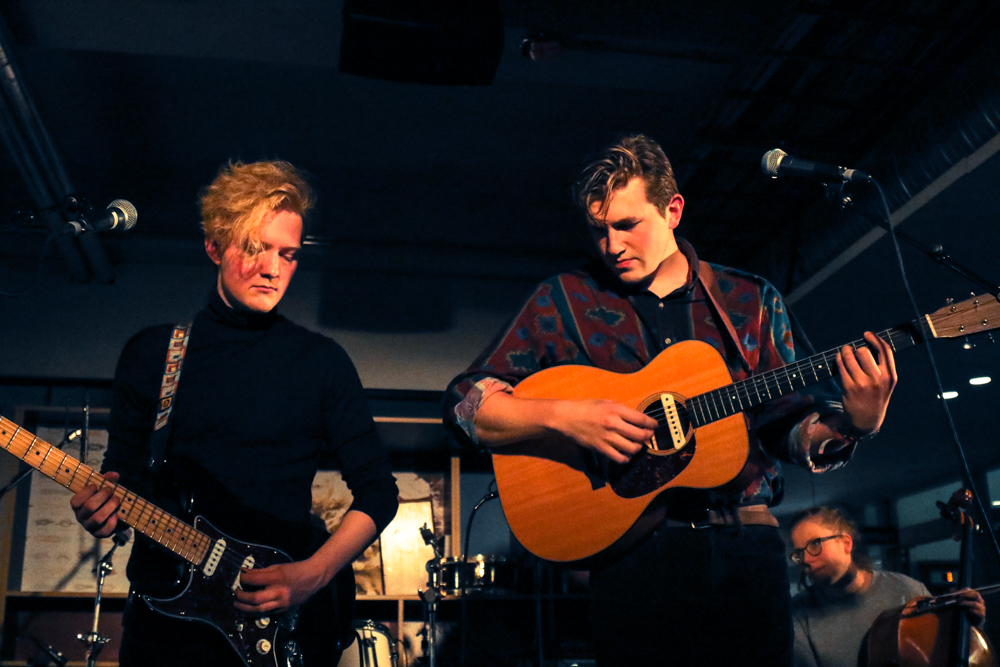 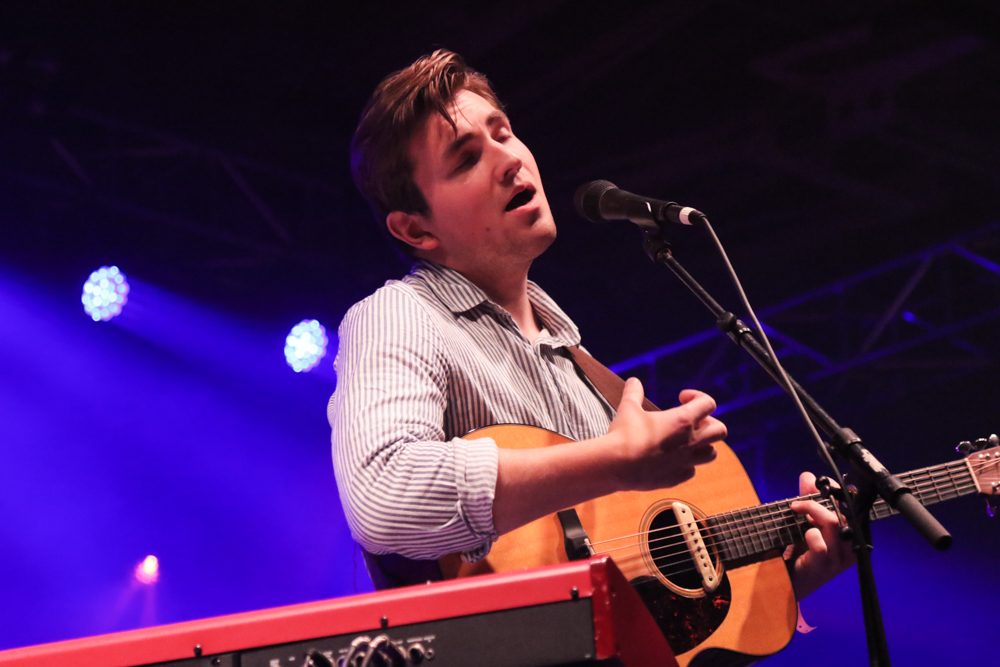 The Icelandic music scene might be small, but it’s bursting with talented artists spanning all genres. One such artist is singer-songwriter Axel Flóvent, who is already a well-established part of the Iceland music scene and is moving in a slightly new direction since relocating to Holland earlier this year.

Following his set at the atmospheric Bryggjan Brughús at Reykjavík’s annual Iceland Airwaves music festival, FMS caught up with him to talk about Airwaves, the move to Holland, his new single, ‘City Dream,’ and his plans for the coming year.

A small table in the staff restroom was a somewhat curious place for a chat, but the venue – a large bar, restaurant and working brewery – was full, and space was limited. Axel Flóvent had already played a few sets around the city as part of the Airwaves festival with the guitarist who has been with him for the last two years, Hafsteinn Þráinsson, and, making an appearance on stage with him for the first time, his cellist. The set opened with the beautiful single ‘Your Ghost’ and featured other mellow folk-led songs, such as the wonderfully smooth ‘Forest Fires.’ He would later play main support to the festival’s headliners, Mumford and Sons, on the Sunday night at Vallshöllin.

“Airwaves is always like Christmas,” says Flóvent, beaming, echoing what a number of his fellow countrymen and women have said about the festival. “Airwaves is always the main week of the year, especially for Icelandic artists. It’s the main week people from abroad come to see Icelandic musicians; it’s the place to be if you’re trying to be spotted.”

A miscommunication nearly scuppered that, however: Flóvent wasn’t even sure if he was on the schedule this year until a couple of weeks beforehand. “I was really sad. I had mentally prepared myself for not playing, and thought ‘I’m ok with that,’ and then I got the news I was playing. I was so, so happy – it’s always so special.”

Originally from the small fishing village of Húsavík in the north of Iceland, Flóvent, now 21, moved to Amsterdam in March this year to be close to his label, Sony. “I needed a more proactive relationship with the label, so it made sense to get things going.”

The move to Holland appears to be working, particularly in respect of his creativity. “In Iceland, it’s always felt very clouded for me,” he says. “When I’m in Amsterdam, I feel so relaxed. Creatively, it feels the right thing to be doing.”

It’s interesting to hear the stifling effect his home country has upon his musical inspiration. Being from an island nation with just over 330,000 people (220,000 of whom reside in the Reykjavík capital region), it’s easy to imagine the ‘bubble’ that exists in the creative industry and the desire for young, ambitious artists like Flóvent to spread their wings and move elsewhere, even if it’s just temporary.

“When we come back to Iceland, we call it the ‘after tour down.’ The reality is the same for so many musicians in Iceland: we go abroad to work, and then come home. Being here makes me feel very clouded. Since I moved to Amsterdam, I don’t feel this cloudiness. I just go into the studio and write. I know it works well.”

The move seems to be bearing fruit: Flóvent’s current single, ‘City Dream,’ was released in October this year. Breaking away from his previous stripped-down acoustic offerings, it involves a much bigger sound with a lot more production, which is something he felt he had been missing since moving away from playing with his indie-rock band and embarking on his solo career.

“I wanted something a bit more fun,” explains Flóvent. “It’s a blend of previous work, with more of an ‘80s production, more like the music I listen to now.”

This shift in direction is very much influenced by Flóvent’s musical tastes, which, of course, change over time. When he was writing the Forest Fires EP, which was released in early 2016, he was in a different place musically, listening to the likes of Fleet Foxes and Band of Horses. Now, he is keen for his slight change of direction to show a few more versions of himself instead of following the same pattern, although he is very clear that the songs on his forthcoming album are not a complete departure.

“Even though the production has increased, I still write them in an acoustic sense,” he explains. “I just want the production to make them more alive. I hope the songs still talk to you.”

When watching him on stage, it’s evident that Flóvent’s songwriting comes from within, “The songs are small stories from my past, and I re-live them every time I sing them. I’m really happy to be able to do that. I’ve never been that good at talking, but when I write songs, it’s much clearer.”

Flóvent is currently recording ‘Fireworks’ for his next EP, which he expects will be a little introduction to his forthcoming album (yet to be put together). He’s keen to stress that this delicate song is about as stripped back acoustically as it could be, demonstrating both his versatility and showing that he still has one foot firmly rooted in what is becoming quite a distinctive Icelandic folk-pop sound.

“I’m excited for what’s happening,” he says passionately. As we made our way out of the cupboard-sized room, we bumped into local musical heavyweights, Mammút, who were making their way past the copper brewing vessels to the stage for the next set.

Axel Flóvent is touring in Holland in December, with more dates to be confirmed in January.

‘City Dream’ is out now via Sony Records. 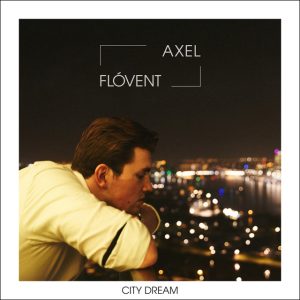