London’s Stella Angelika releases her latest single and first on Copper Brown Records, ‘Sleep’, this week; a haunting yet beautiful exploration of the emotions and impact of bereavement.

Whilst prior releases ‘Lost Boys’ and ‘ Tell Me A Story’ provided a retro sounding, blues infused platform for Angelika’s gorgeous, soulful vocal to soar above, ‘Sleep’ is a much more stripped back affair. Underpinned by a simple acoustic line and the swell of strings, the track allows Angelika to exercise the pain of losing a loved one. In turn she delivers arguably the strongest performance of her young career, her vocal emotive and powerful, yet simulataneously restrained and sincere and her songwriting deeply affecting and shot through with raw emotion.

‘Sleep’ is charged with an underlying sadness yet also a sense that with time the pain of loss can ease and by its close, there is the glimmer of light, never forgetting but learning to move forward and cherish the memories that remain.

Stella credits writing ‘Sleep’ with the first time she has felt true catharsis through the recording process (co-writing the track with Jack Gillen), with the track not initially intended for release and created instead as a way to process the grief, which makes so much sense on listening.

Luke Cutler, Creative Director at Copper Brown Records has said of the track that the team are “so excited that ‘Sleep’ is our first single release. The song is real and authentic and encourages the listener to explore their own experiences and emotions” and this perfectly summarises the track’s relatability, allowing any listener to reinterpret and project it onto their own life.

The track is supported by a video which visually explores the way loss can colour every part of daily life, rendering those who remain prisoners of their own emotions, struggling to come to terms with what has happened yet eventually finding the strength to move forwards. The track and video manage to deliver this message sincerely and poignantly and with real artistic credibility. It says a lot about Stella’s strength as a musician that she has managed to create such a powerful track so early in her career and its sets the expectations for what is to follow even higher. 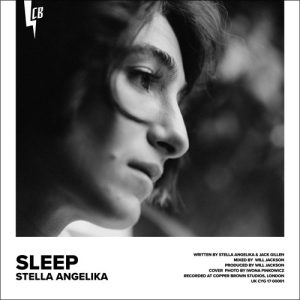