This February saw the launch of a three-week run of Flew The Coop at London’s New Diorama Theatre – a Lost Watch production based on the extraordinary real-life (apparently) story of Rosa Rauchbach and Horace Greasley in a Silesian POW camp during WWII, as told by five over-enthusiastic members of ‘The Rauchbach Greasley Association Society Club’.

It’s 1943. Rosa Rauchbach and Horace Greasley are creating a little slice of history, and stealing a lot of chickens along the way. The Rauchbach Greasley Association Society Club (RGASC, for short) will tell you all about it. They have a shared obsession with their two national heroes, a fierce pride in their country and only 5 members. Not that that’s going to stop them.

The interwoven narration adds to the swift telling of this darkly funny and highly imaginative story of an unlikely affair between Rauchbach, a young Silesian woman who disguised her Jewish roots and took a job as a translator at a Prisoner of War camp, and Greasley, a debonair British Prisoner of War.

Direct storytelling blends with movement, music and clever practical effects in a quick-smart 60 minute production, where a dropped mop marks the startling switching of characters from POW to Nazi Prison Guard, and a celebratory dance accompanied by disco music and lights reigns supreme when Rauchbach and Greasley get it together (and every time thereafter). 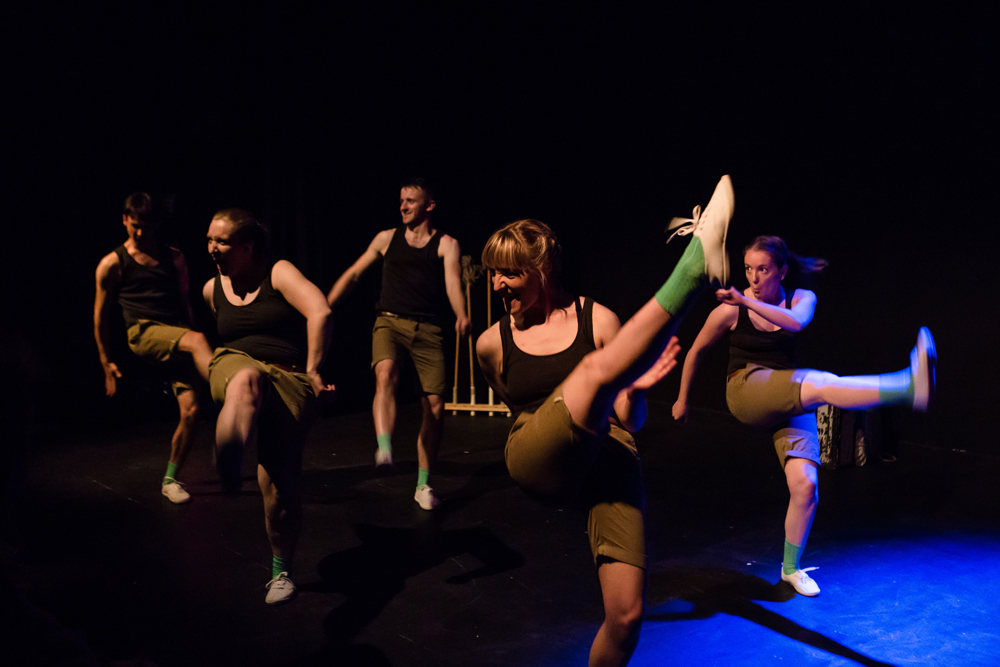 Rauchbach’s cunning and knowledge of the local area weren’t enough to help Greasley escape permanently but, legend has it, ensured that his two hundred escapes to meet her were not in vain, as each time he snuck back into the camp he was able to provide his fellow POW’s with vital supplies secreted in from the outside world. Together they smuggled in food, supplies and a whole radio in separate components and delivered them to over 1000 British captured troops…which is where the chickens come in.

Written by Rianna Dearden, who plays Rosa (and Ermel), the cast is completed by Dan Armstrong, Olivia Hirst, Daniel Holme and Agnes Wild, each playing multiple roles. Since forming in 2013, Lost Watch (founded by Dearden, Hirst and Wild) have fast gained a reputation for finding the humour in dark and sensitive real life subject matter.

If you want to know the end of this story, you’ll have to catch it before it goes.