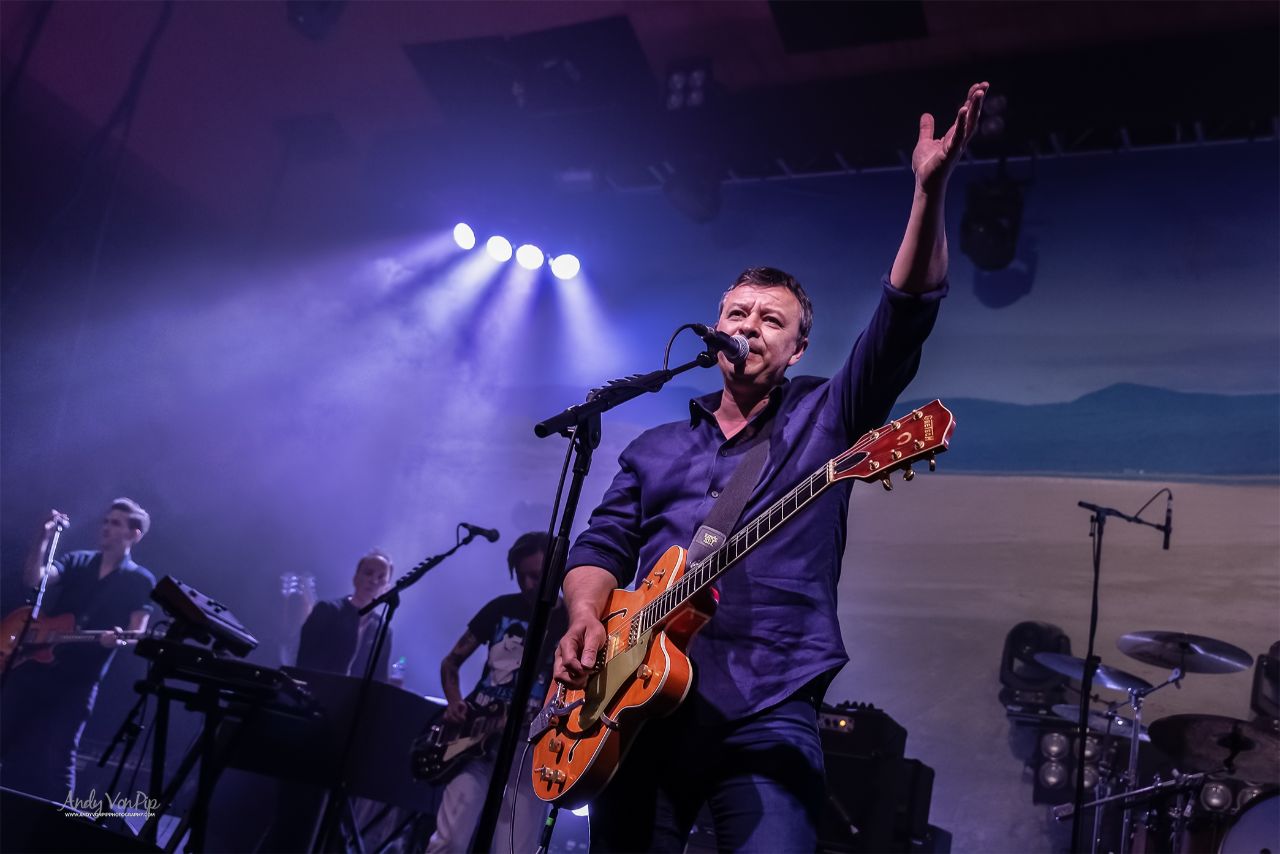 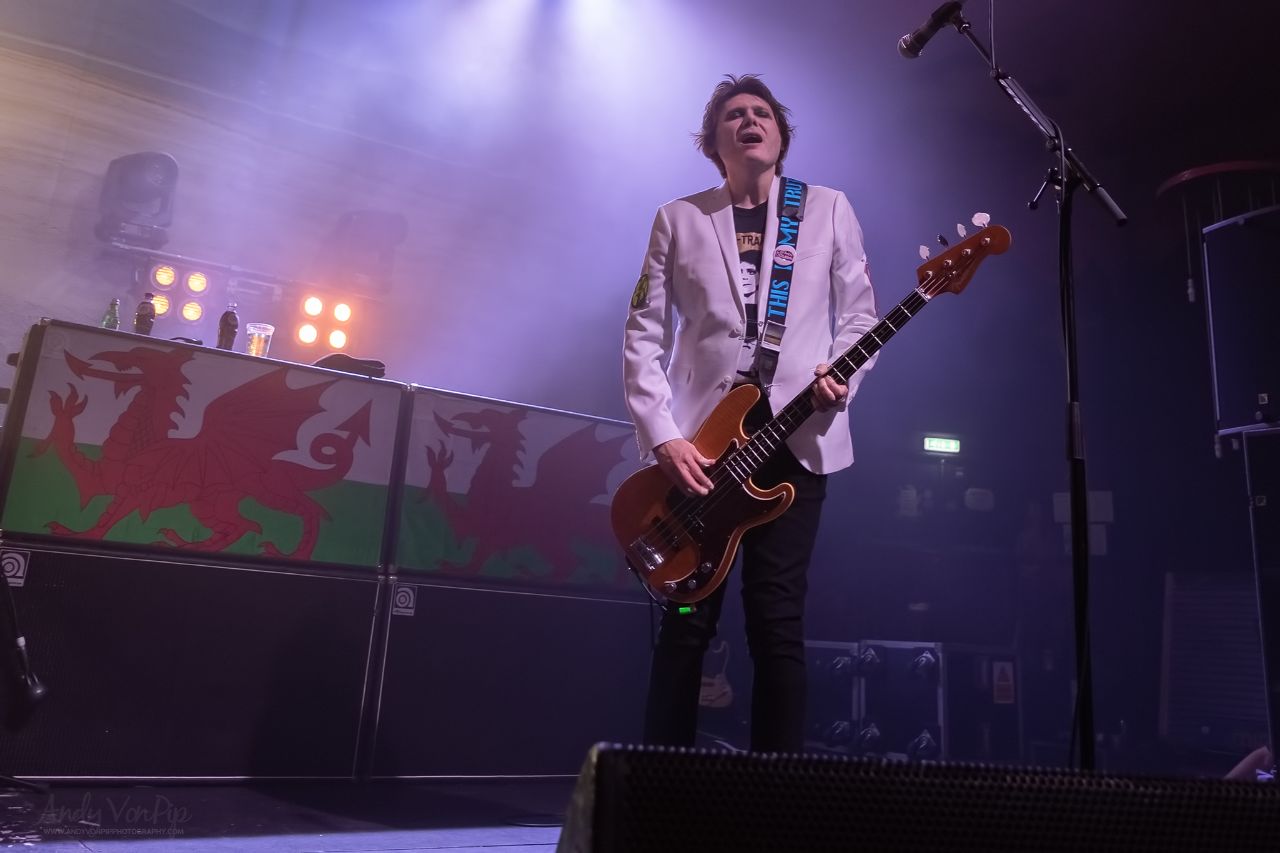 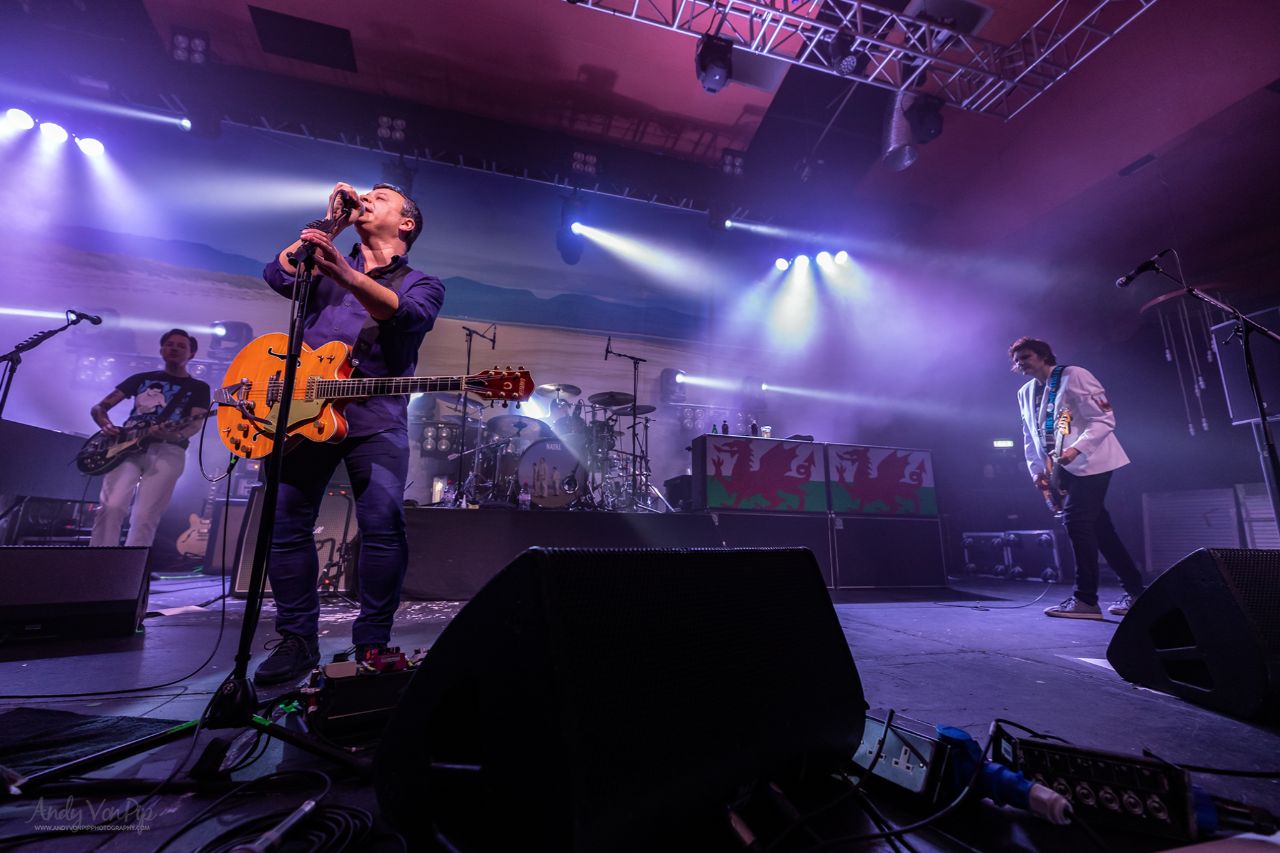 “Deny its history,” sings James Dean Bradfield during a sublime rendition of ‘Ready For Drowning’ and one can’t but help thinking of his band. Because if there’s one thing that sets Manic Street Preachers apart from most of their peers and contemporaries, it’s the band’s history. From triumph to tragedy, at times trailblazers yet also traumatic, they’re a band whose every record documents a moment in time. A moment in history, which is something they’ve never been afraid to discuss in public.

It’s perhaps ironic then that This Is My Truth Tell Me Yours, an album which afforded them their first number one, and has gone on to become the band’s biggest selling ever still divides both fans and critics alike. Released in September of 1998, a year that probably won’t be remembered as being a vintage one where music’s concerned. The much-maligned (and rightly so) Britpop era was on its last legs, while many artists who’d been jettisoned in its wake were still coming to terms with putting out their own music via this new fangled concept called the internet, having been unceremoniously dropped by unscrupulous record labels.

For the Manics it felt like year zero in many ways. A groundhog day of sorts. Its predecessor Everything Must Go had already reaffirmed their status as one of the most distinguished bands of the decade, while picking up a legion of new devotees along the way. So when lead 45 ‘If You Tolerate This Your Children Will Be Next’ – a song about the Spanish civil war – preceded This Is My Truth… by three weeks and topped the singles charts in the process, their original manifesto about selling twenty million albums seemed as if it may be back on track.

With Nicky Wire on sole lyrical duty for the first team since band began, and a more experimental approach when it came to musical arrangements and production, This Is My Truth… heralded a fresh start. Its combination of bleak lyrical themes and layered sounds made it an unusual chart topper, yet at the same time there was clearly a sea change when it came to the band’s ever expanding fanbase. While those who’d followed them since their earliest forays outside of Blackwood were still in attendance and strikingly visible by their attire, a new breed of fan appeared. The reception afforded to songs pre and post Everything Must Go also telling in its identification of the two factions within the band’s fanbase, as was the unnecessarily negative treatment of support band Mogwai by sections of the audience during that tour.

As on previous anniversary tours with Everything Must Go and in particular The Holy Bible, the decision to play This Is My Truth Tell Me Yours in its entirety is universally welcomed if ticket sales are anything to go by. Every one of the seventeen dates on this tour sold out well in advance, and while it’s a record that might not rank as many people’s all time favourite Manic Street Preachers record, there’s clearly a lot of love in the room this evening.

Changing the running order for the purpose of both last year’s deluxe re-issue and this tour’s setlist might have raised a few eyebrows initially, but in the context of these shows it does make sense. Especially moving ‘If You Tolerate This…’ from second position on the record to its climactic spot at the end of the first set. Perhaps slightly more controversial however is the inclusion of  ‘If You Tolerate…’ b-side ‘Prologue To History’ at the expense of ‘Nobody Loved You’, the penultimate song on the original release of This Is My Truth…

Indeed This Is My Truth… is very much an album of two halves, which becomes even more apparent in a live setting. While the buoyant ‘You Stole The Sun From My Heart’ and anthemic ‘Ready For Drowning’ steal the first half of the album set, the more downbeat likes of ‘Be Natural’ and ‘Black Dog On My Shoulder’ overshadow the second half which probably explains why some of these songs had never been played live before this tour, and also highlights the more upbeat ‘Prologue…’ finding its place here.

The opening chords of ‘Sleepflower’ from 1993’s vastly underrated ‘Gold Against The Soul’ introduces the second (greatest hits and rarities) set which goes down a treat with both hardcore devotees and the band, who clearly seem to be enjoying themselves on stage. It’s not the only time that album is referenced tonight, as ‘La Tristessa Durera (Scream To A Sigh)’ receives a welcome airing.

In between, ‘International Blue’ off last year’s excellent thirteenth long player Resistance Is Futile and the melancholic ‘Solitude Sometimes Is’ – rescued from the archives having rarely been played since its release in 2004 – make for dazzling asides to the soaring beauty of ‘Motorcycle Emptiness’.

As with previous Manics tours, the inclusion of a cover version is par for the course and here, their note perfect rendition of Guns’n’Roses classic ‘Sweet Child O’ Mine’ has everyone singing along, word for word. ‘Generation Terrorists’ is represented once more by a frenetic ‘You Love Us’ before a tumultuous ‘No Surface All Feeling’ and customary ‘A Design For Life’ brings the evening and tour to a grand finale.

A triumphant, cathartic and at times uneasy journey through what has become an eclectic and impeccable catalogue of work.