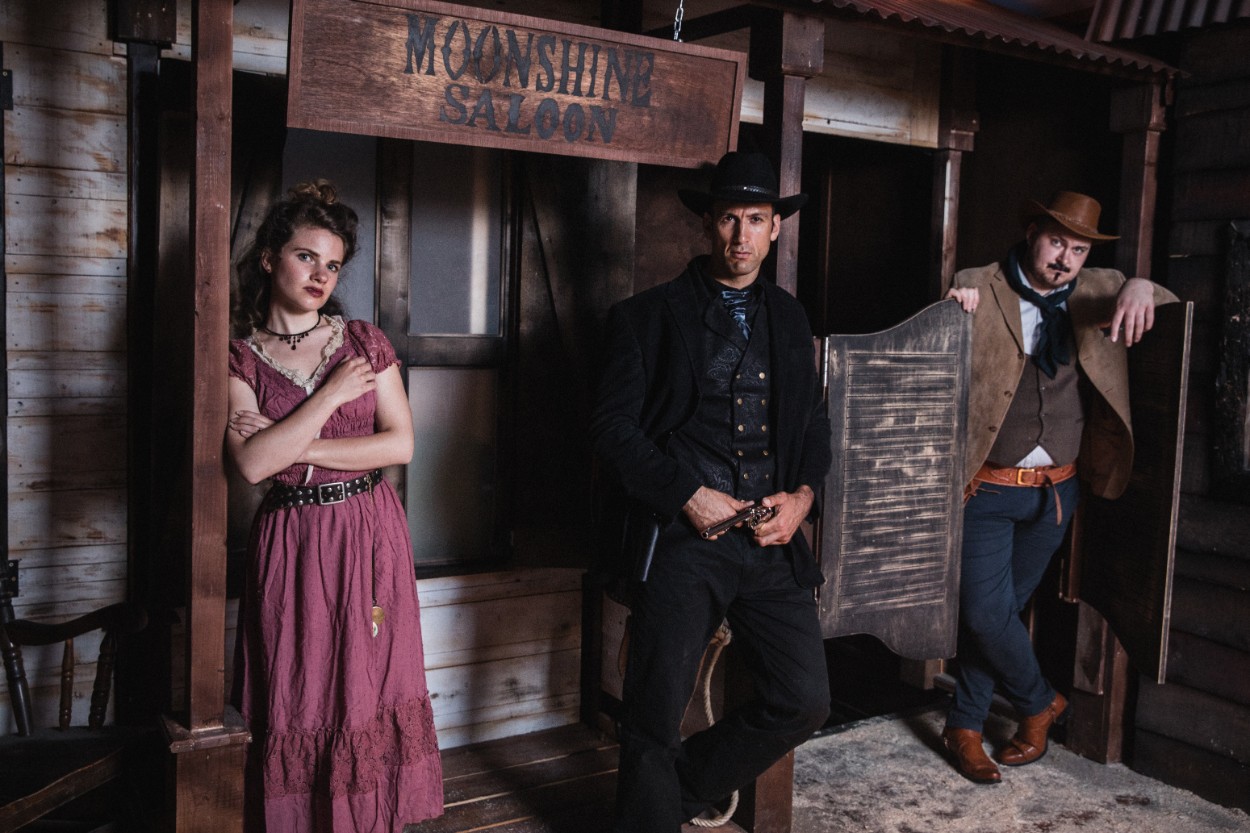 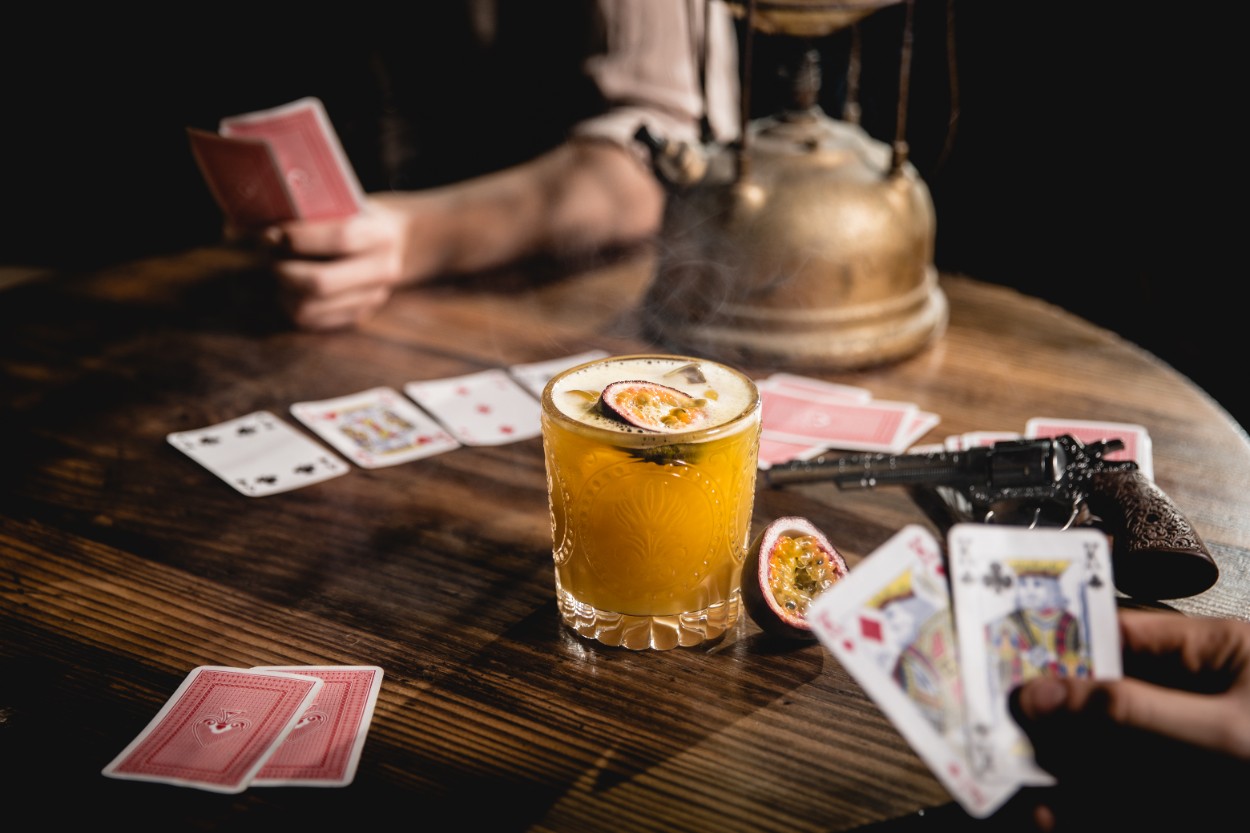 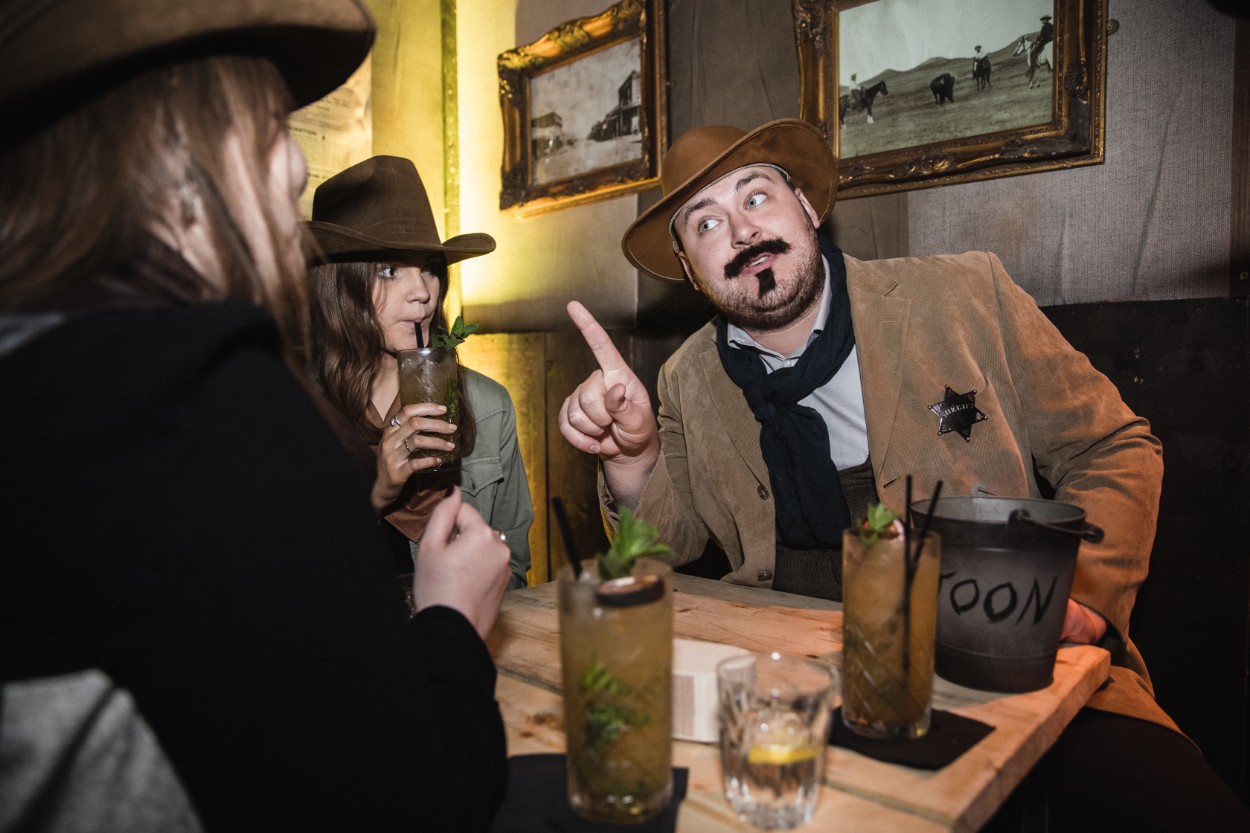 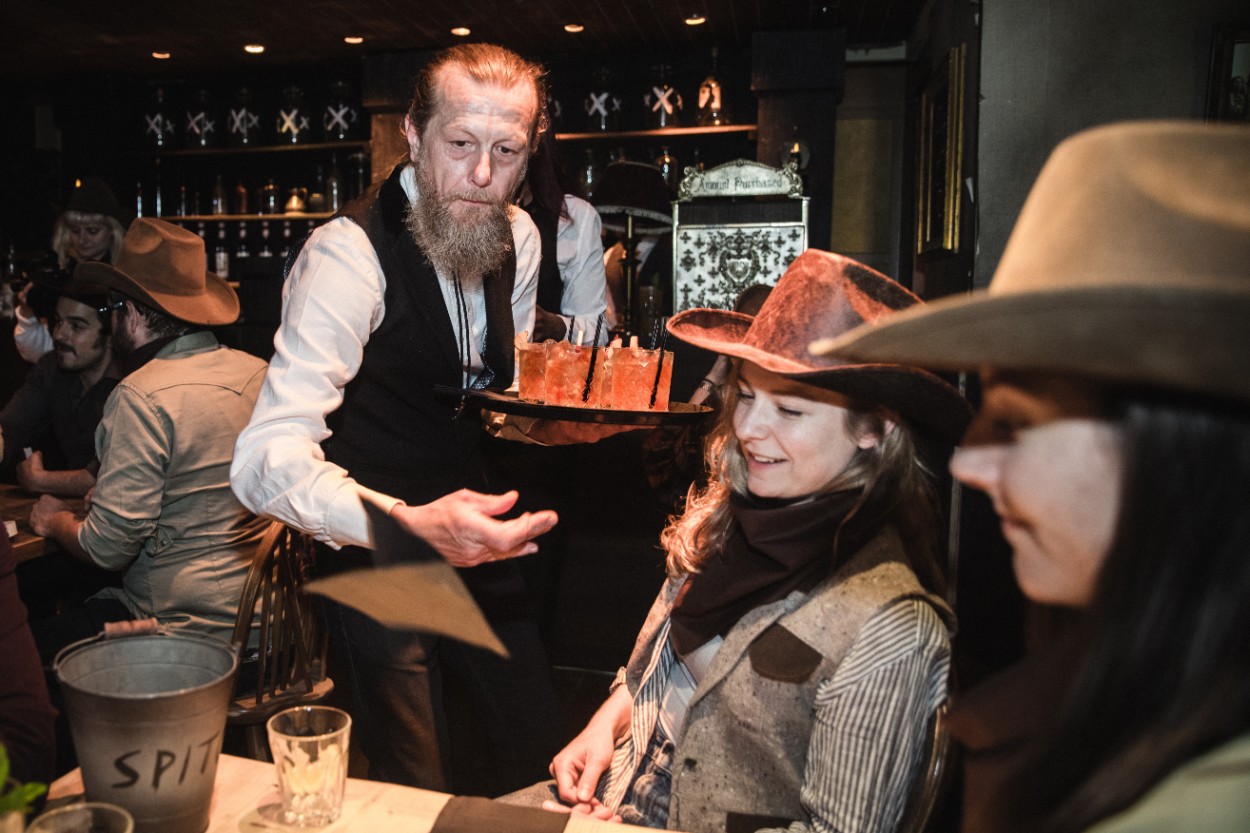 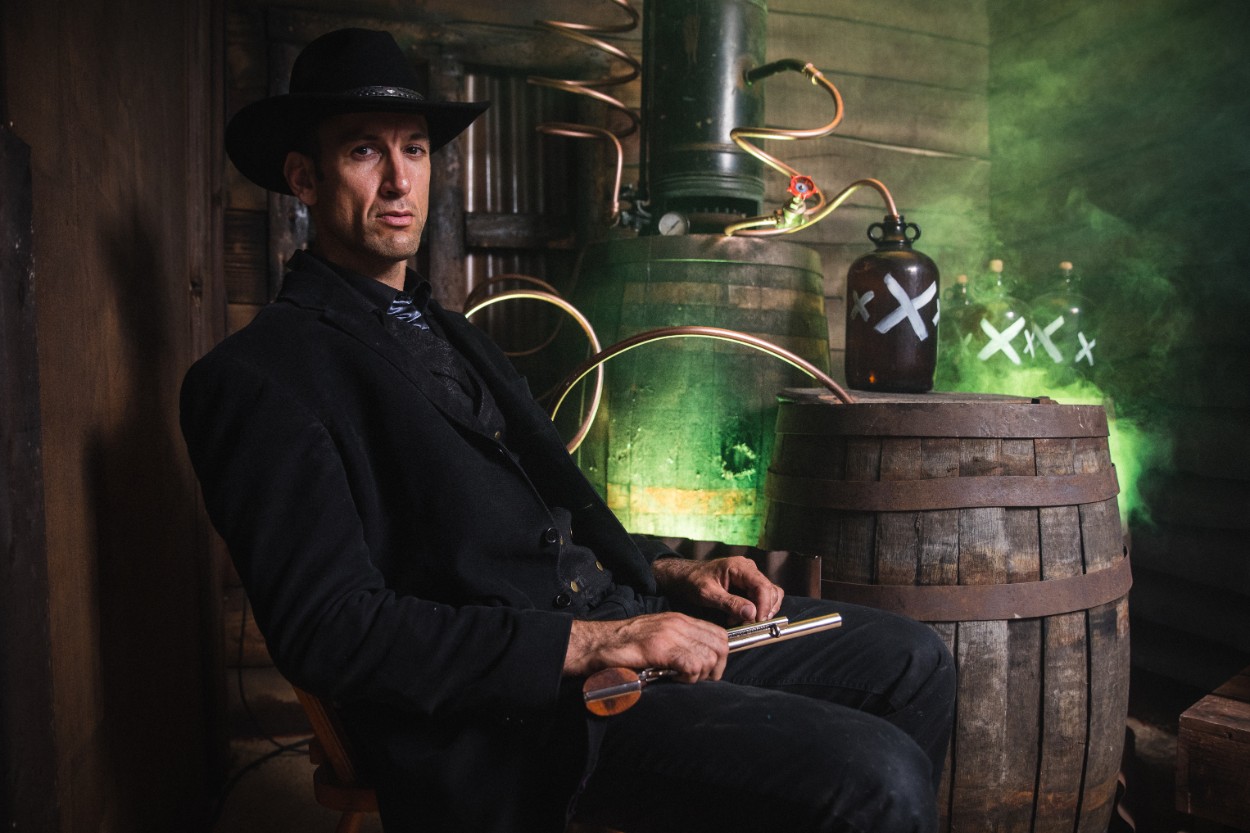 An undercover operation has opened up on London’s King’s Road, and it’s about as far from Sloane Square as you can get. Moonshine Saloon is further West… like, Wild West, and smuggling in your own liquor is expected. Just make sure it’s up to scratch, if you mean business.

Fortunately, if you find yourself in this unfamiliar neck of the woods, your first encounter will be with the bumbling tailor, who eagerly measures up guests for Stetson Hats and Cowboy gear, ensuring that no one sticks out like a sore thumb. The Sheriff is about and the last thing you want is to look like an outsider.

Once we looked the part, The King of Moonshiners granted us access to the shady saloon, and our liquor was whisked away by expert mixologist, Christophe Phelut, who added juices, syrups, liqueurs and garnishes to create delicious bespoke cocktails. You’ll not find a menu, but cocktails served include twists on classics, such as the Mulata Chocolate Daiquiri and experimental delights such as the Rosemary & Tangerine Cooler. 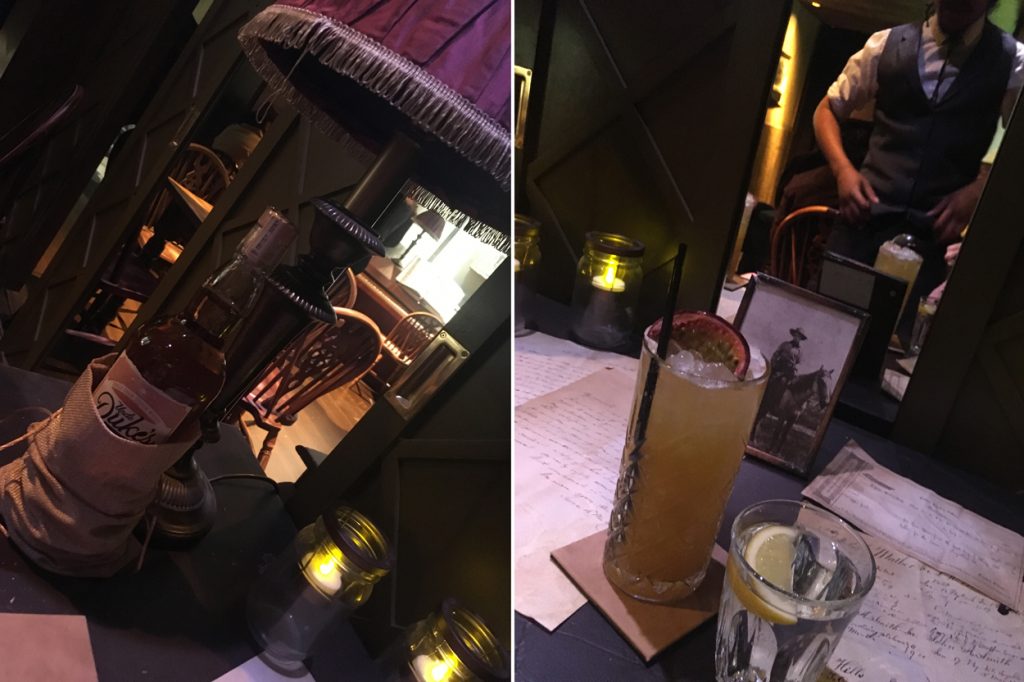 Unexpected encounters included an invitation to gamble on cards, and trickery was definitely afoot, as we were lulled into a false sense of security, before losing our cash. We were also ushered into the illicit Moonshine distillery and given the lowdown on the covert bootlegging operation, over a swift sample of the latest batch.

Back at our table, it wasn’t long before the Sheriff burst in, and guests were frozen as an altercation took place among the shifty characters. Were we about to be caught out with illicit Moonshine? He could definitely smell a rat. On his return, the evening ended with a bang, literally, and as the Sheriff fell slumped at the bar, guests made a swift exit to the General Store, where it was one for the road, before we escaped to more familiar territory.

Moonshine Saloon was created by the team behind the sell-out BYOB bar concept, Alcotraz, and is now open for bookings, for a limited four month run. Don’t miss out.