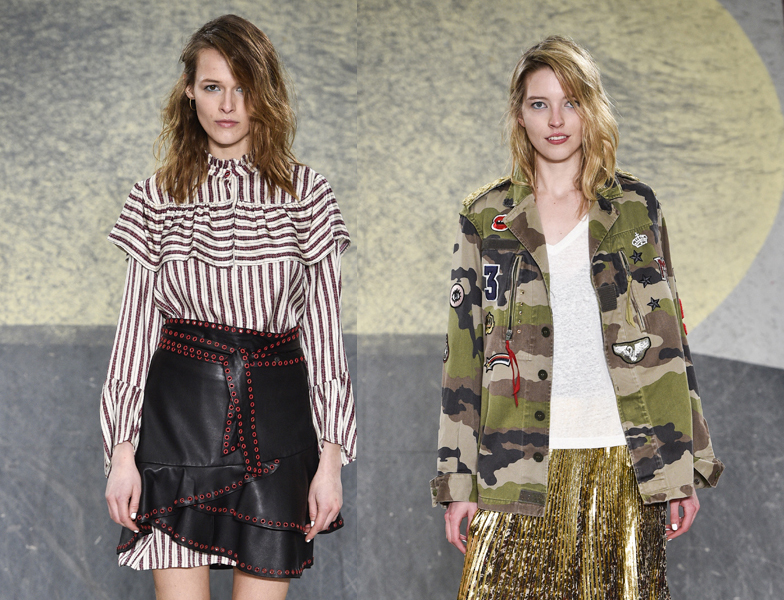 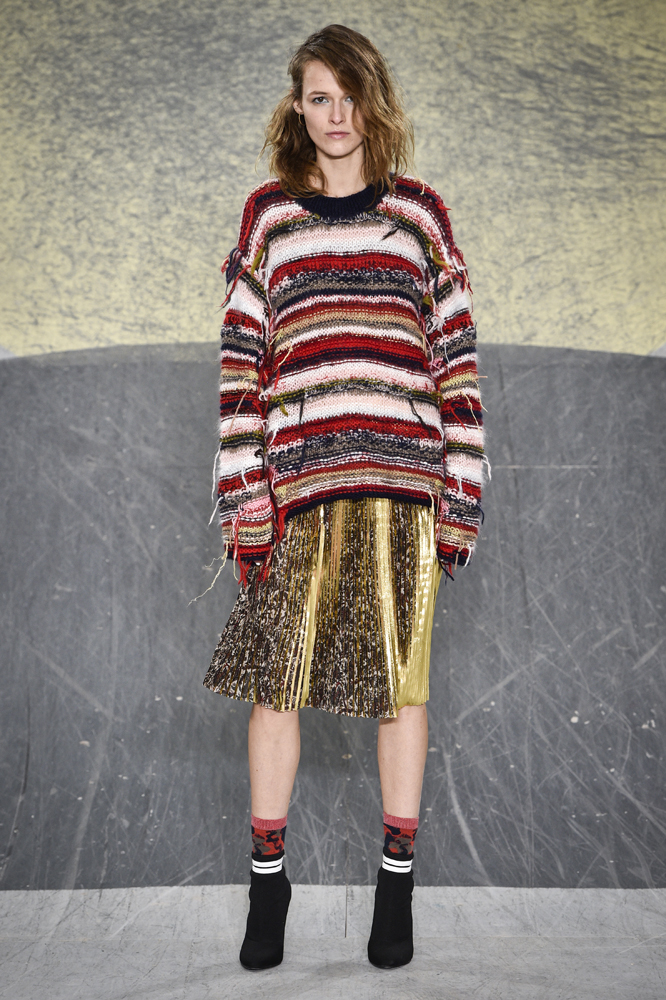 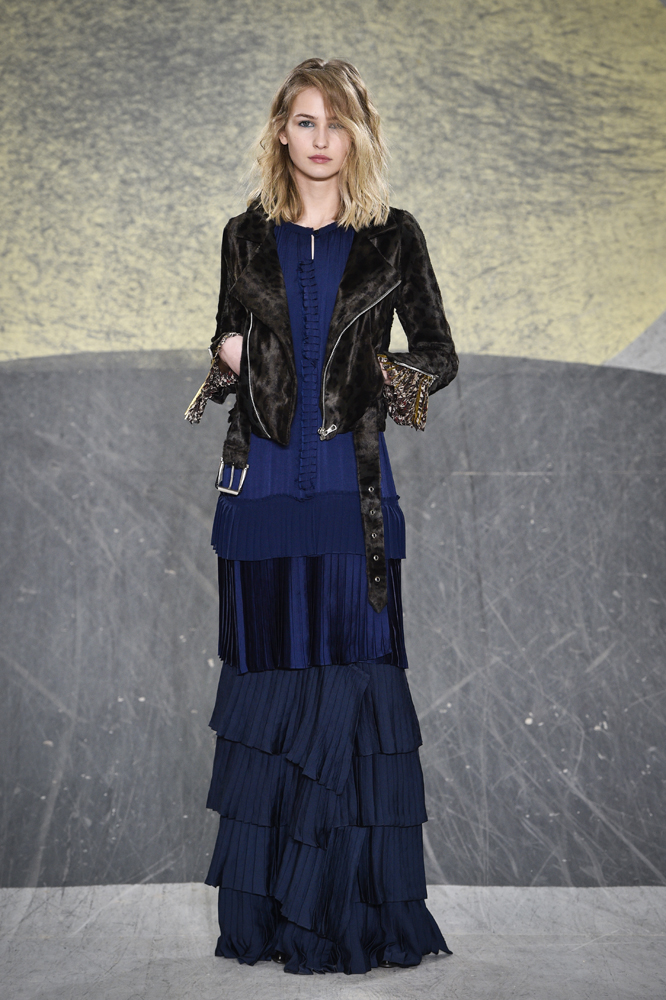 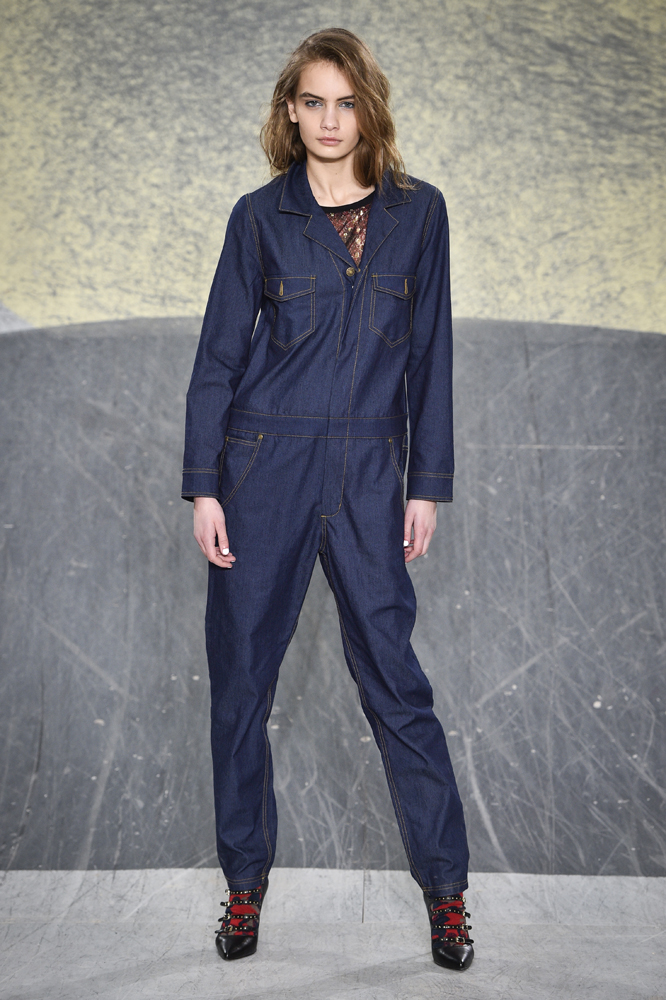 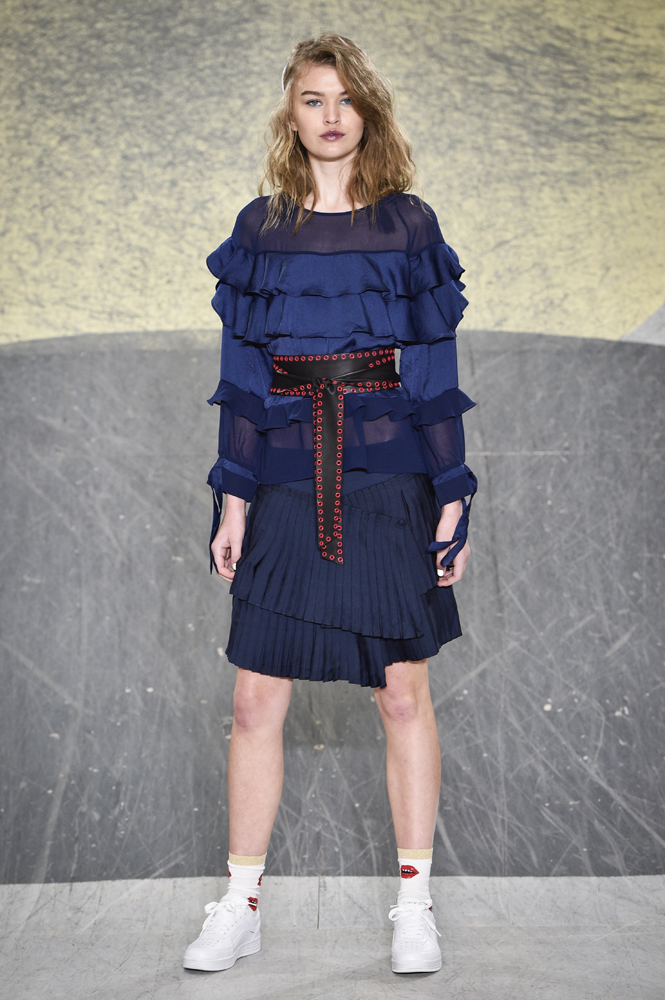 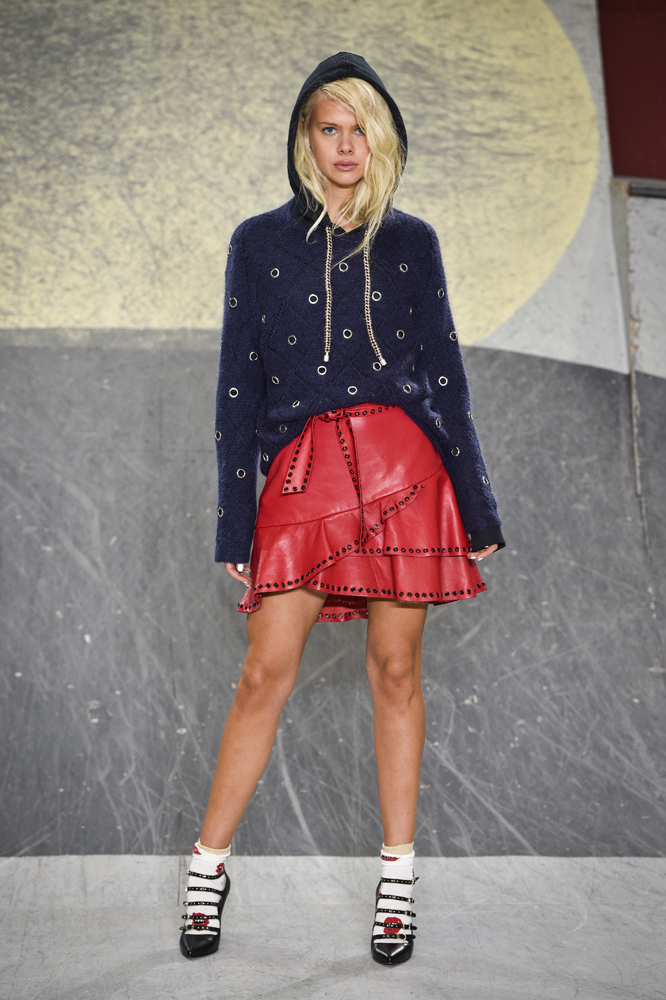 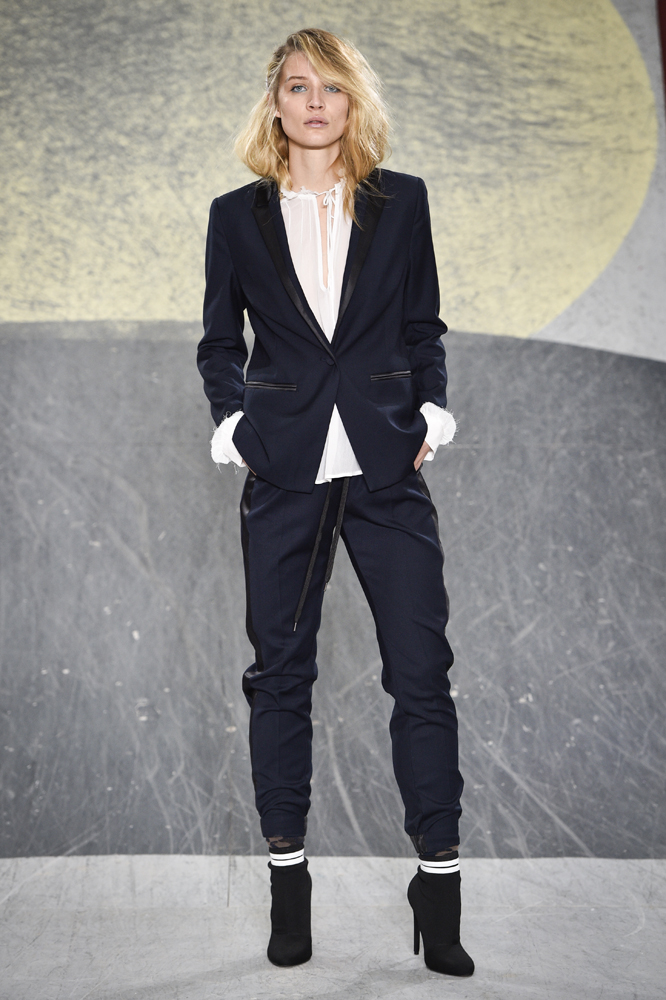 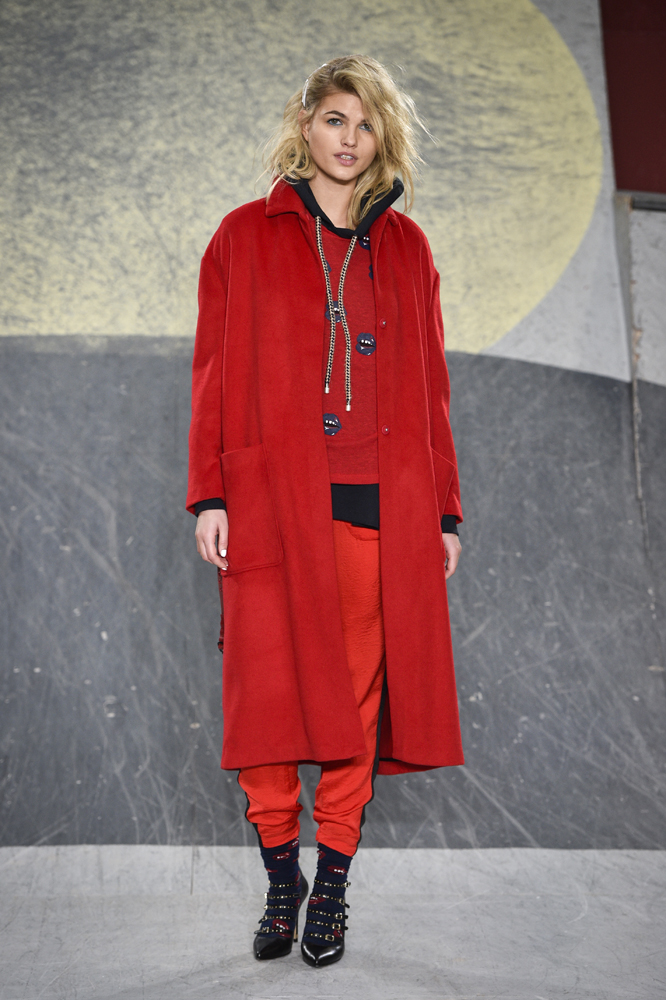 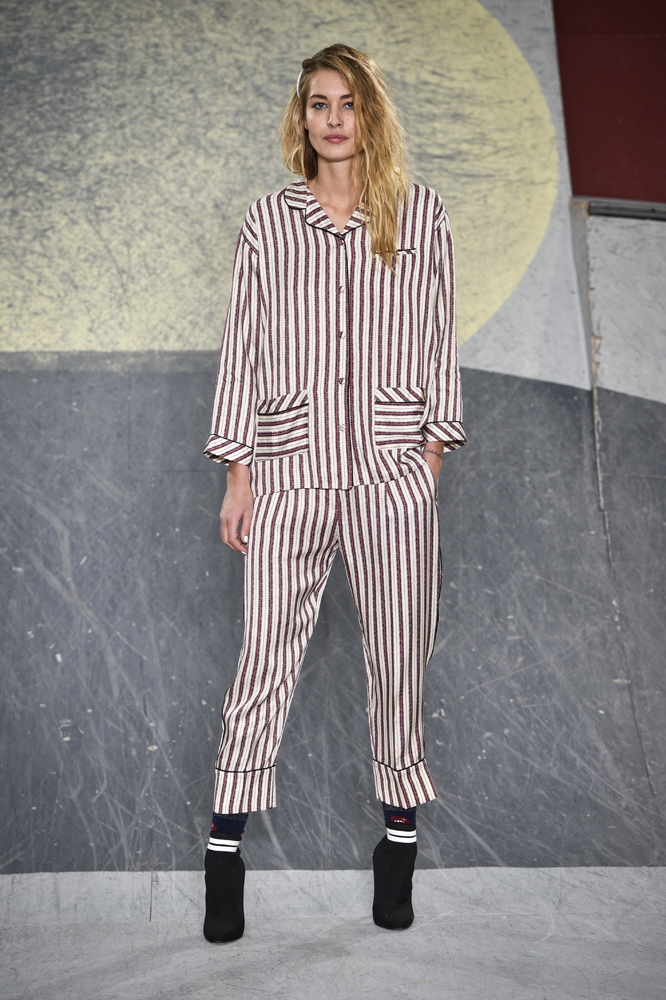 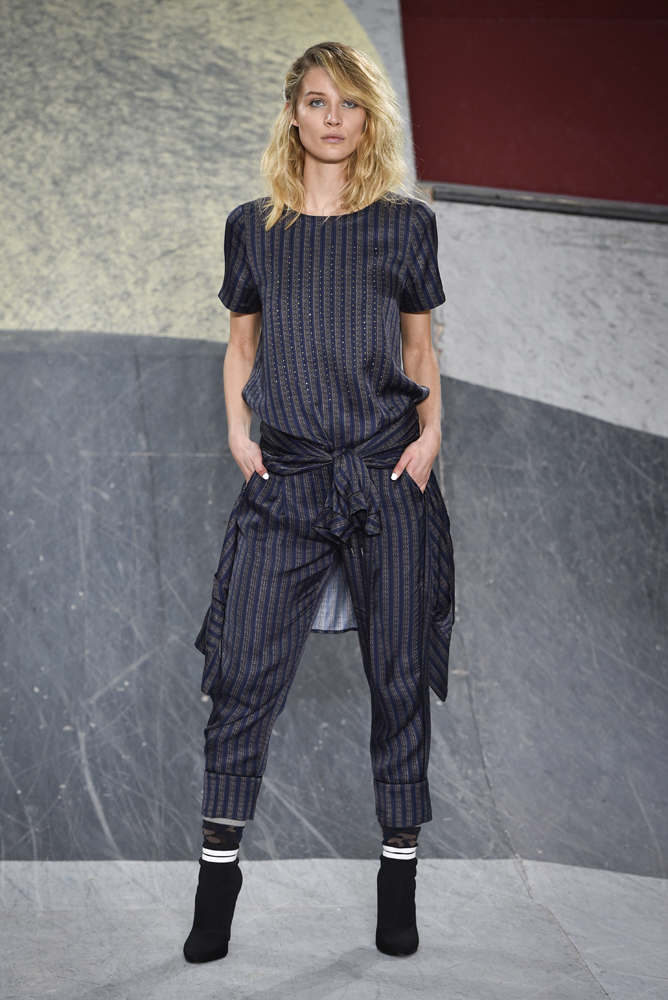 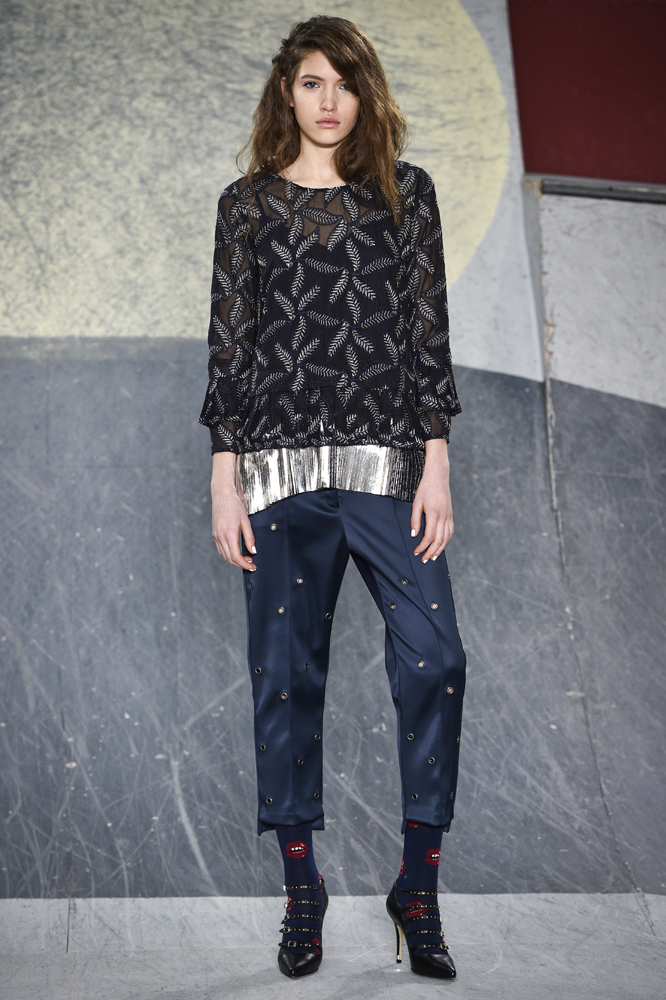 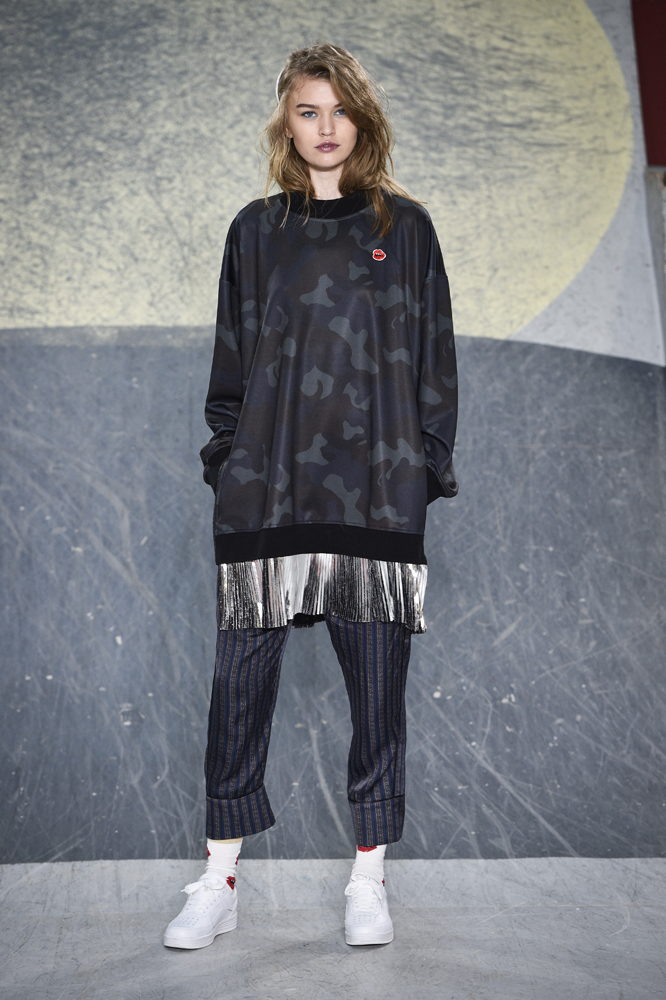 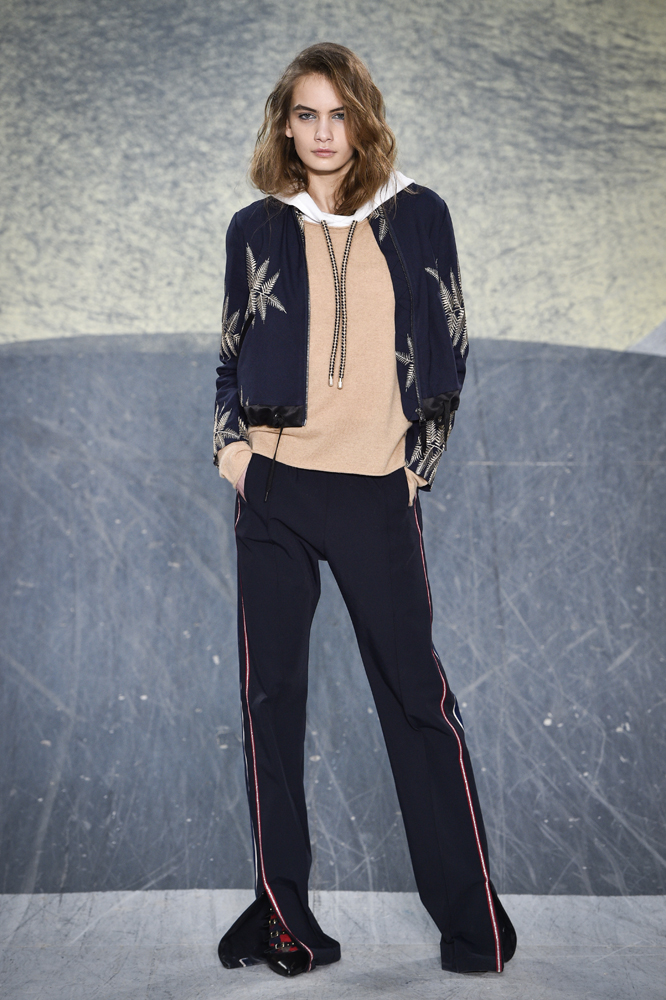 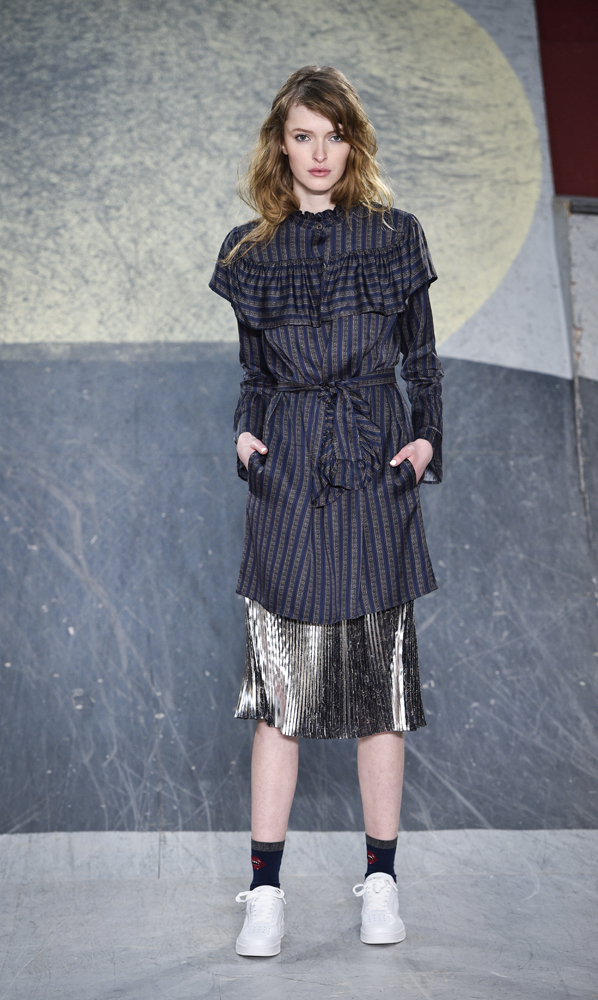 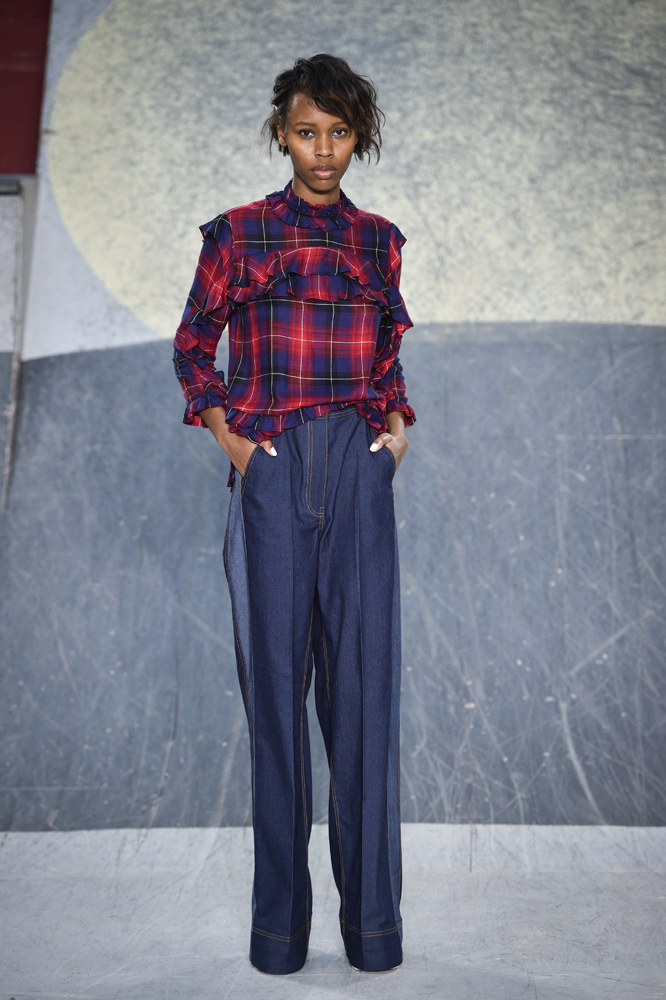 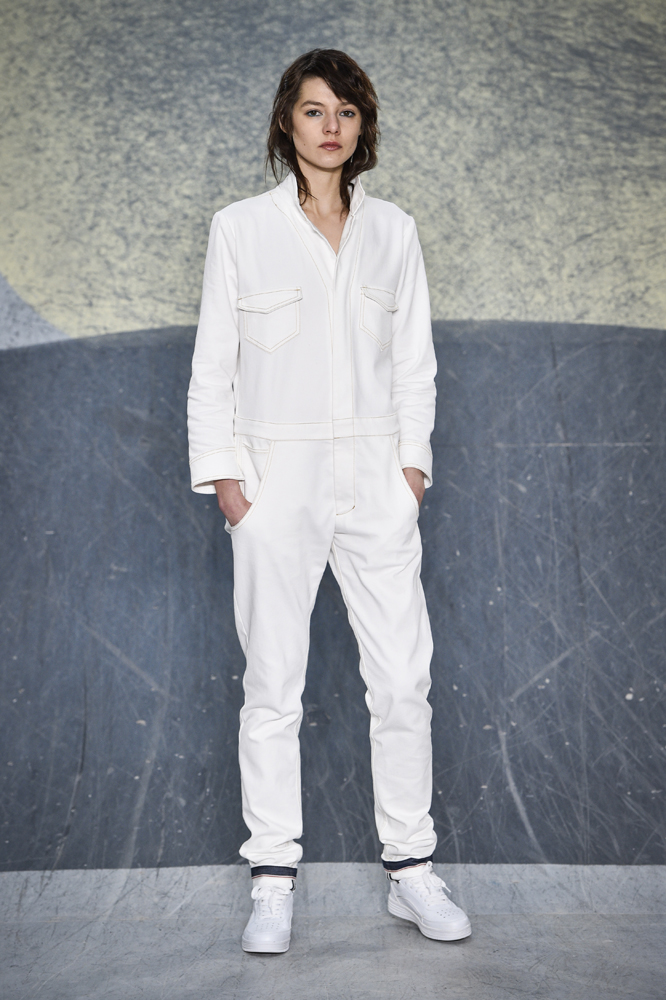 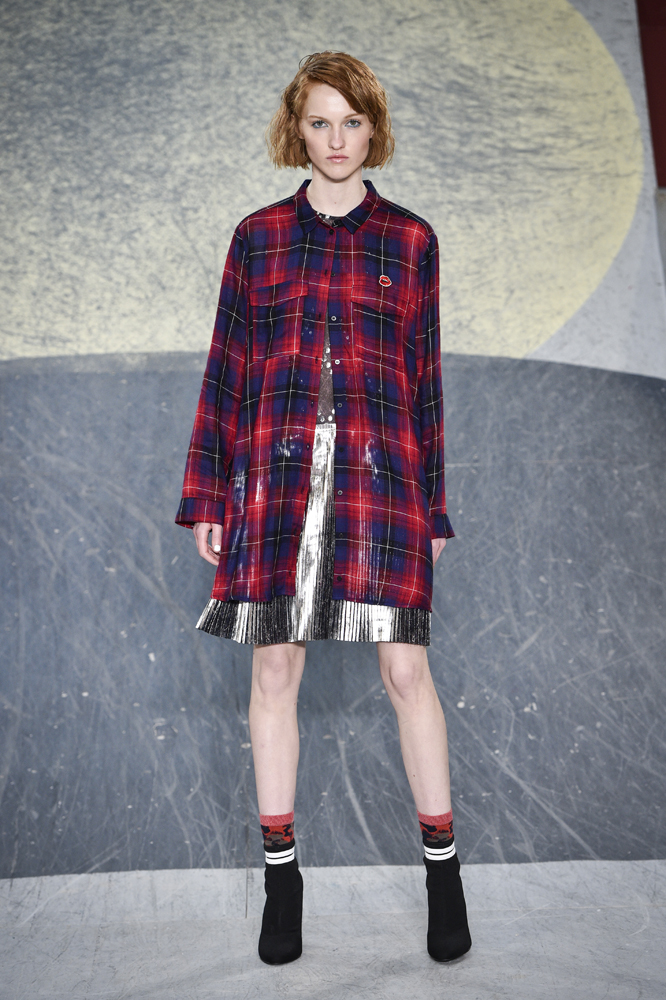 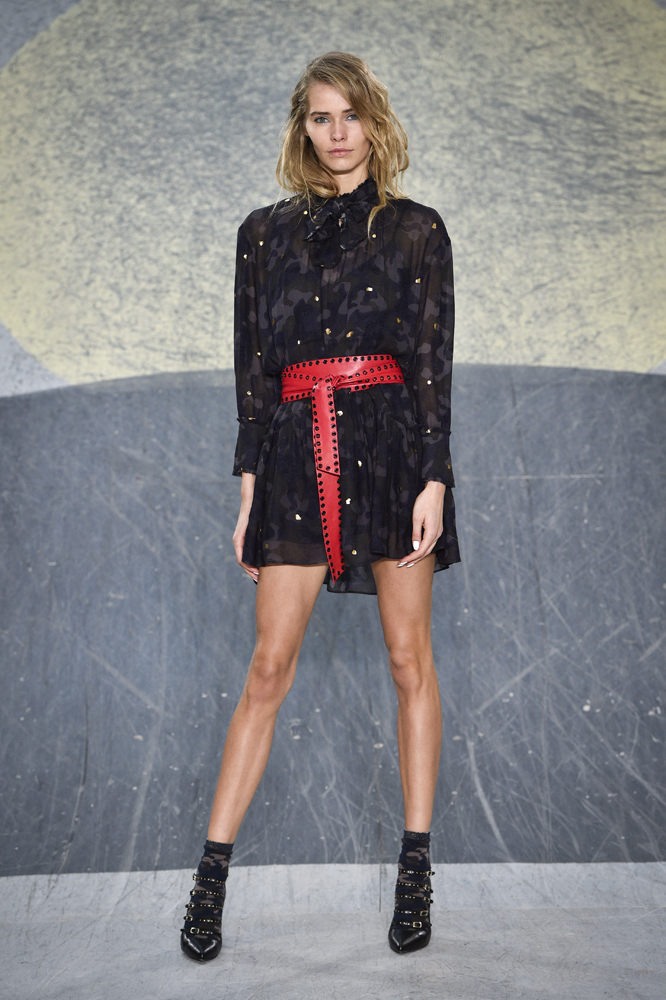 By far, a huge contender for our favourite show of Copenhagen Fashion Week had to be handed to Munthe, for their clever quips underlying a powerful political statement on a platform showcasing quality clothes.

The collection took on a masculine femininity, reminiscent of rock star inspired looks with slogans such as ‘OK, So I Lied’ emblazoned across t-shirts in a Metallica-esque font. Designer, Naja Munthe, chose a bold red as inspiration for her collection as it creates a statement of power and owning oneself, in a world being taken over by the likes of Donald Trump. Munthe served up chocolates with logos from her collection imprinted on them, as well as the statement ‘Pussy Grabs Back,’ as a response to Trump – which she also featured in her look when she addressed the catwalk. 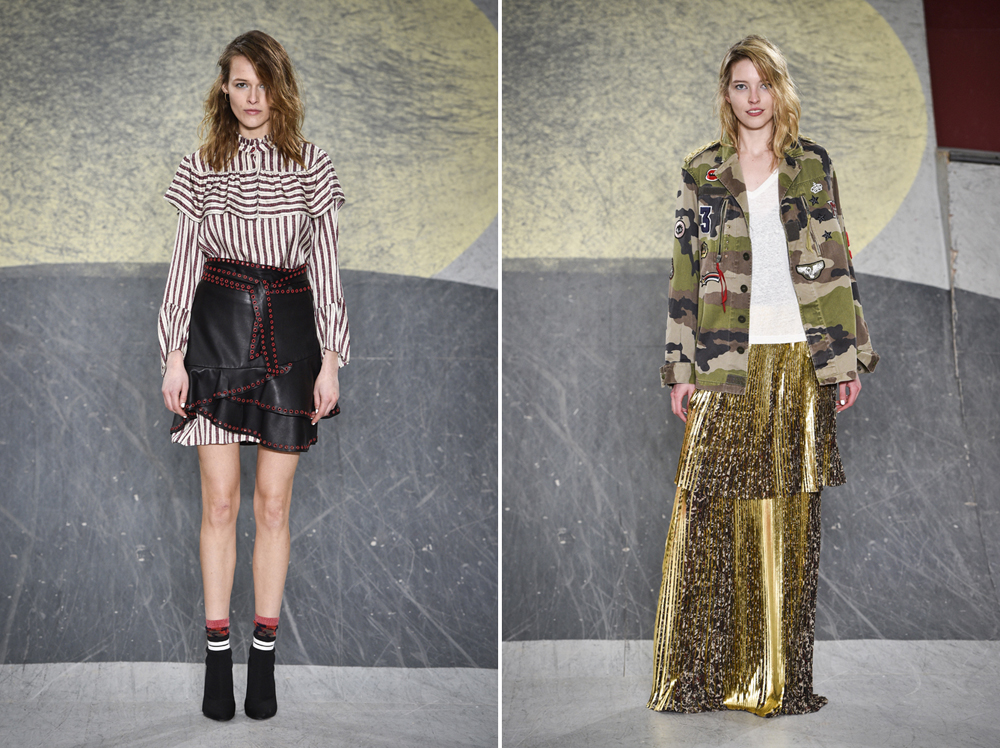 Metallics were a popular choice on the runway, making an appearance in the form of golden, pleated tiered skirts, giving a nod to the current style that seems to be sweeping the globe. Another of our favourite looks was an entirely white and cream style, featuring flared cotton pants and a fluffy hooded pullover which truly emanated ‘Copenhagen’ for us. The collection had an edge and an attitude that we were really looking for this week – not to mention the whole thing took place in a skate park, the show opened by skateboarders wearing pieces by Munthe! The collection truly had a look for everyone, showcasing a multiplicity of thought through designs that are totally wearable and on trend.