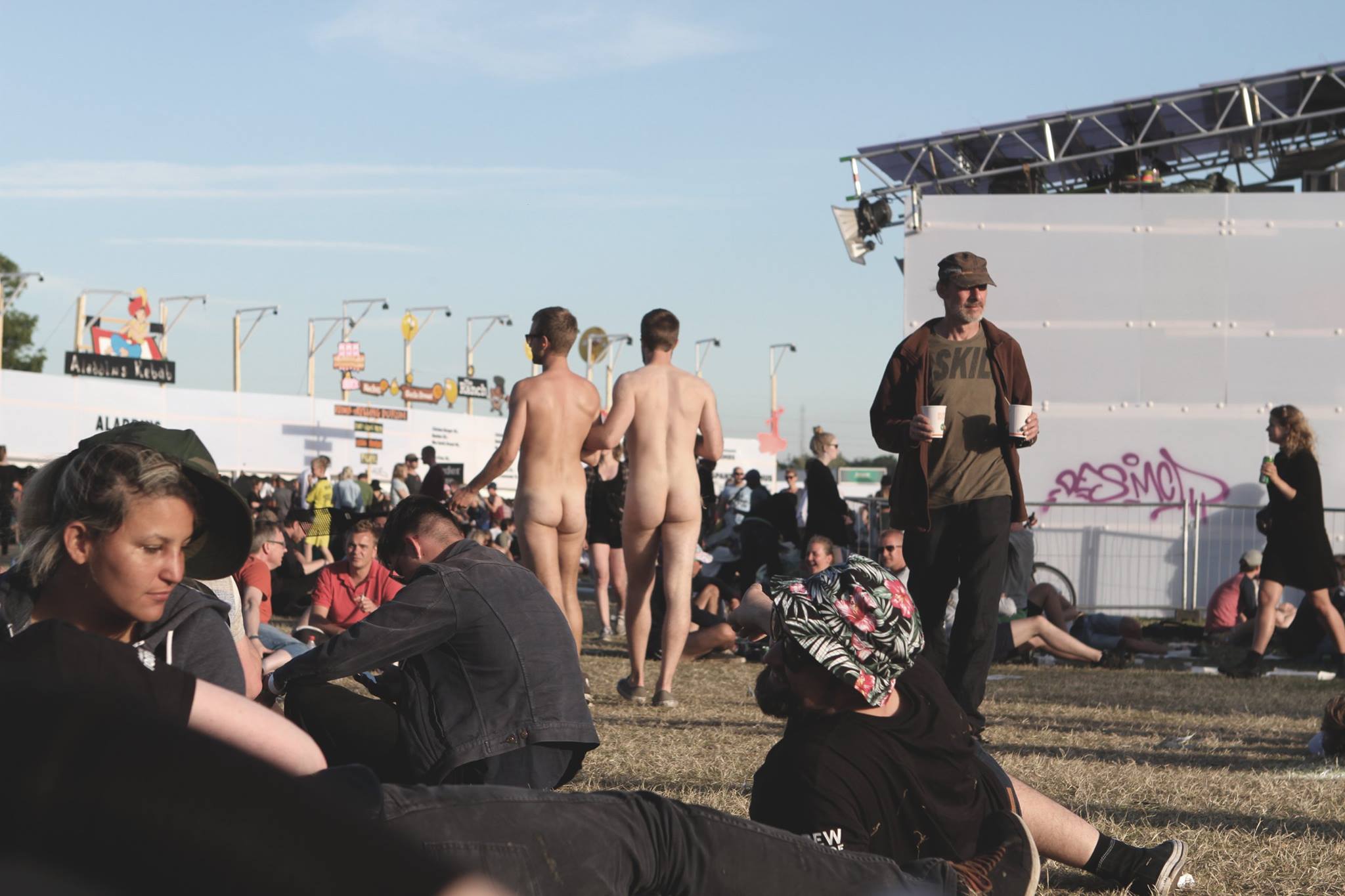 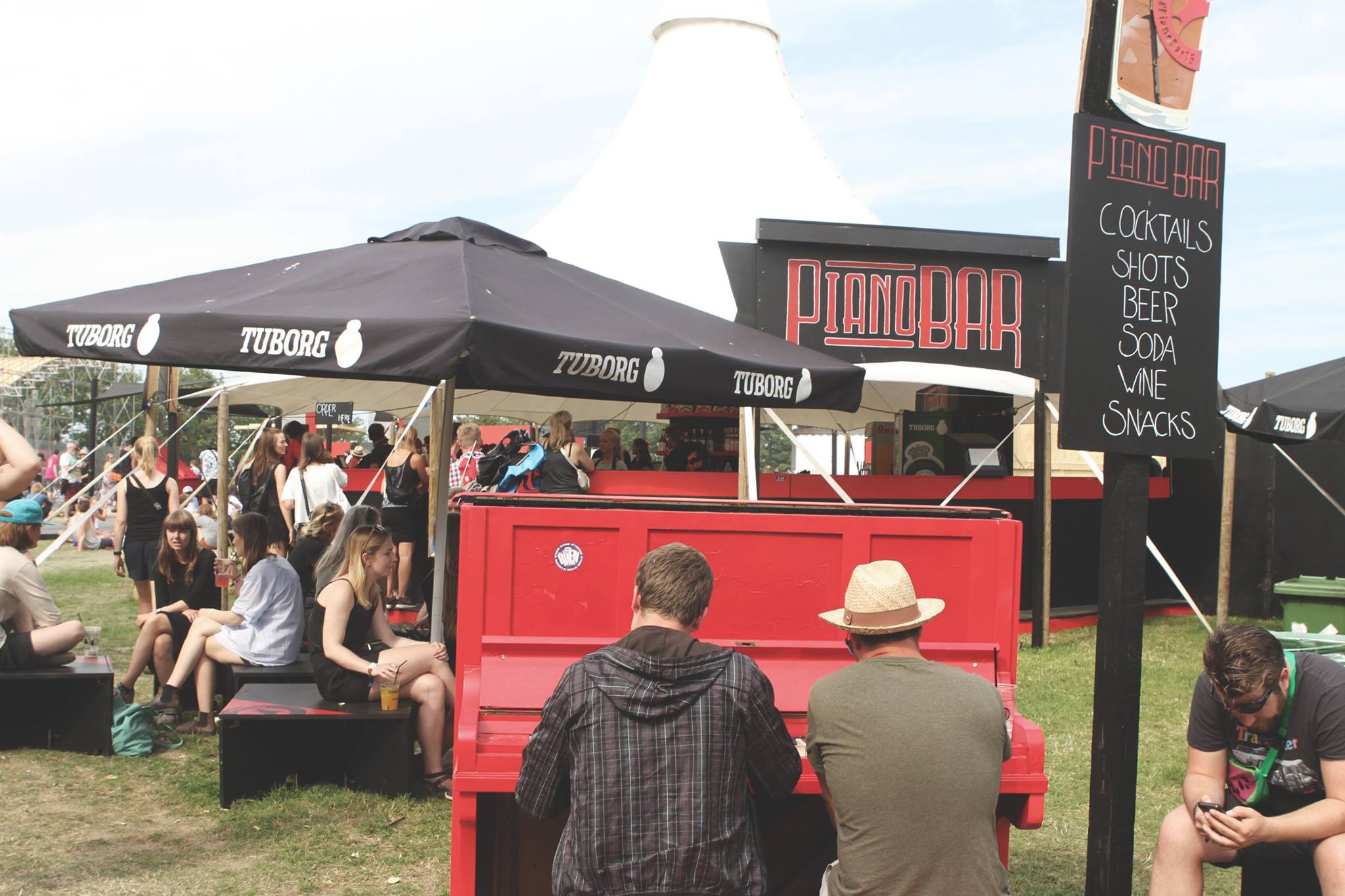 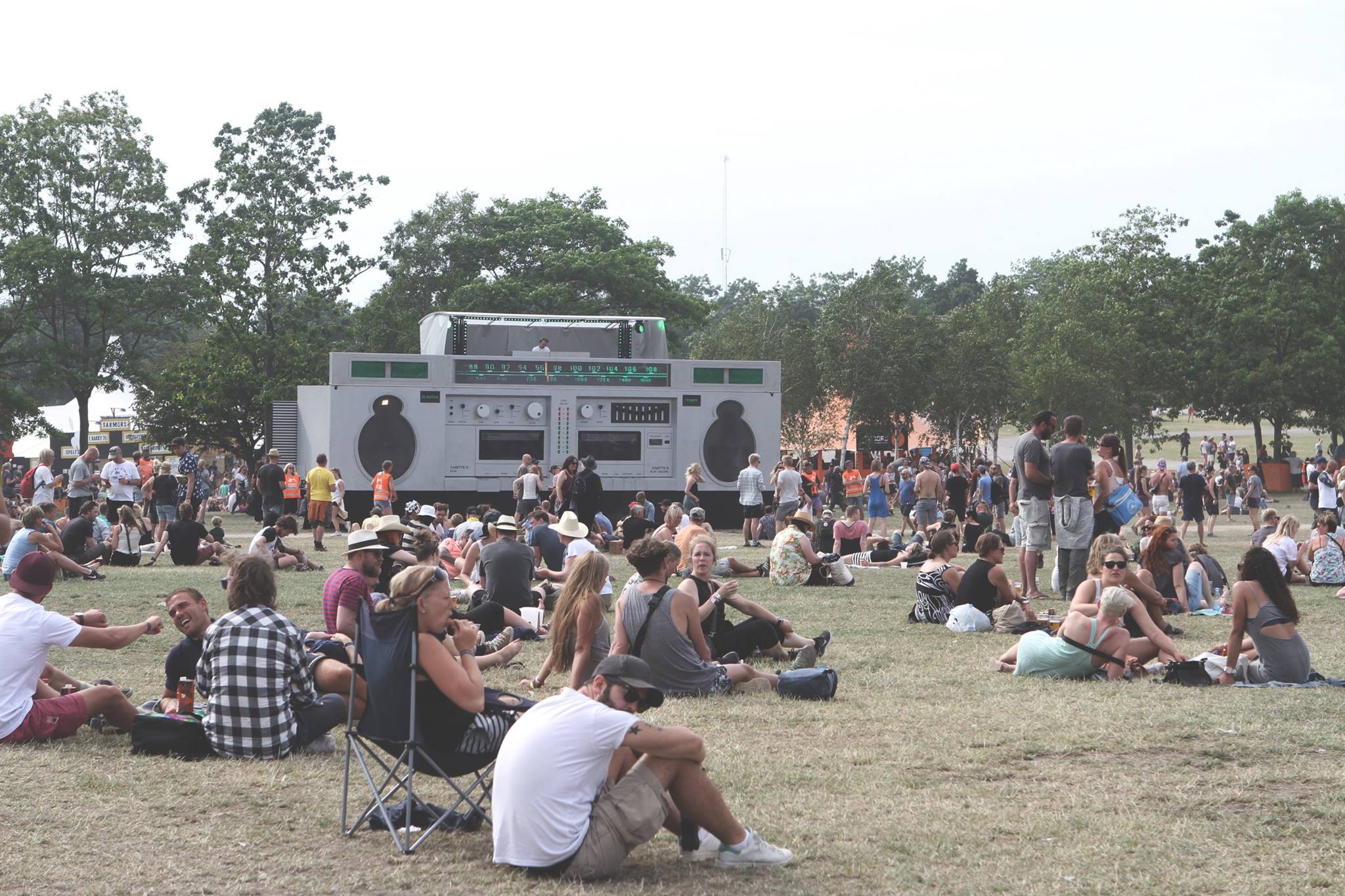 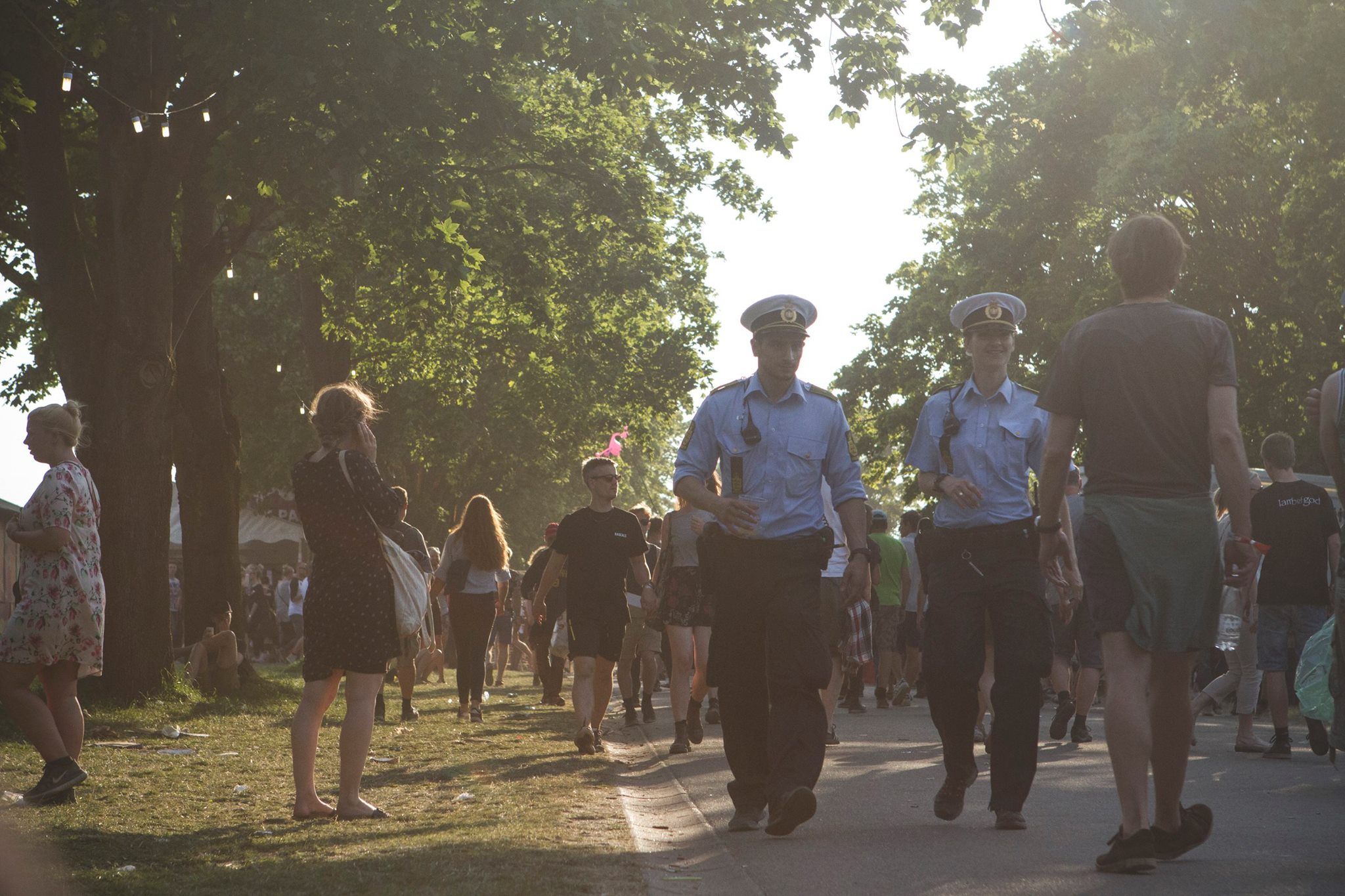 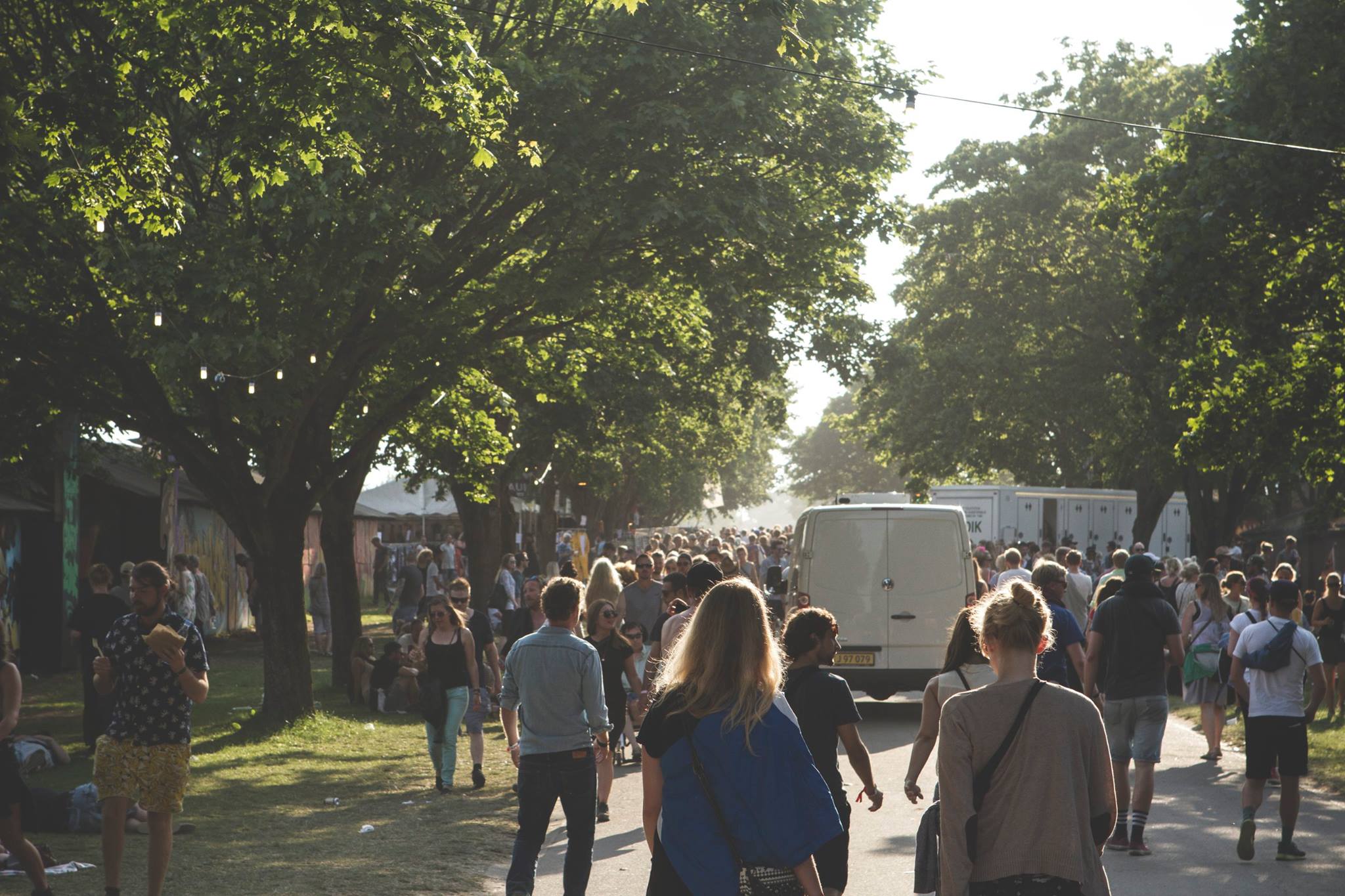 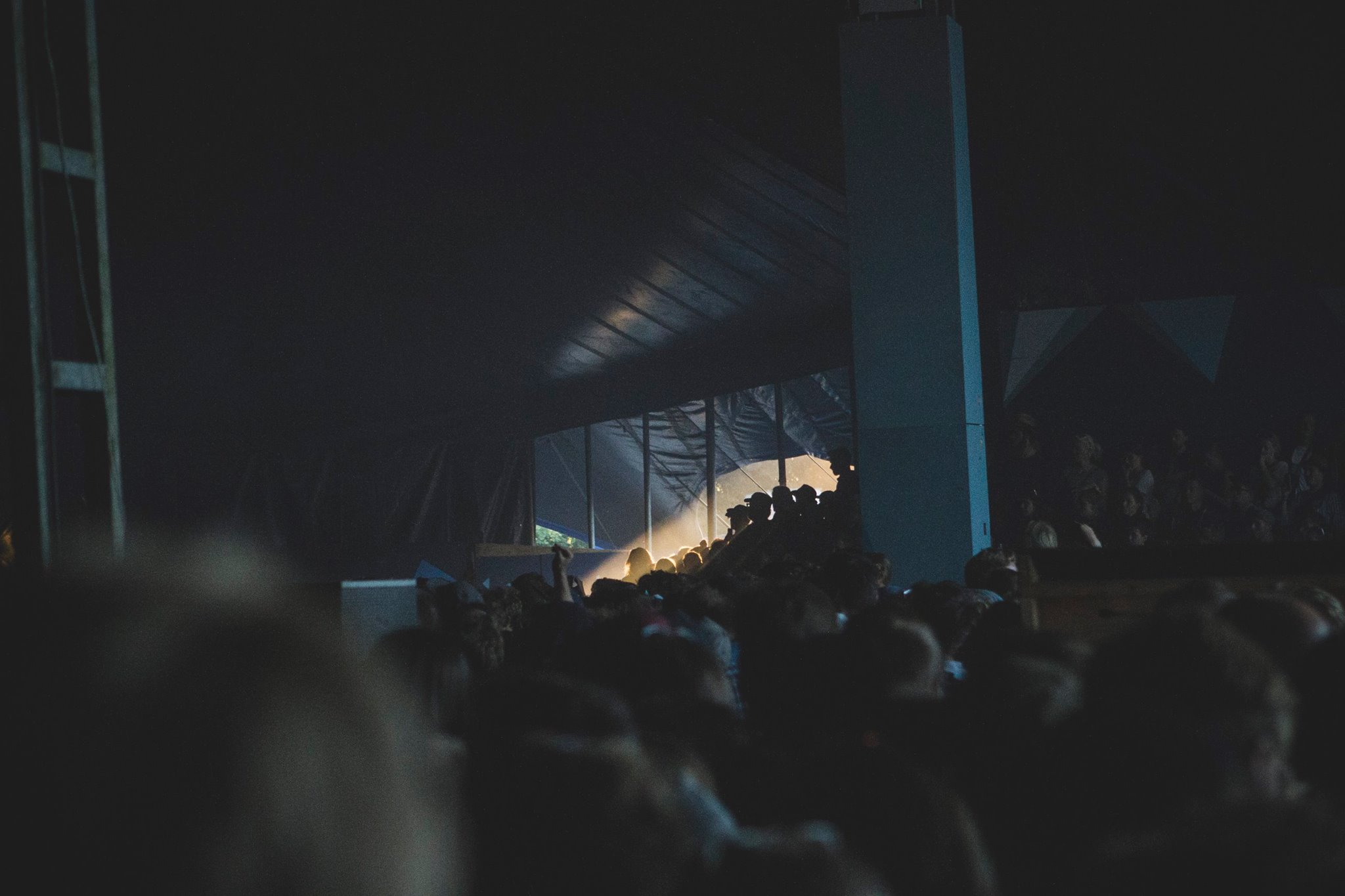 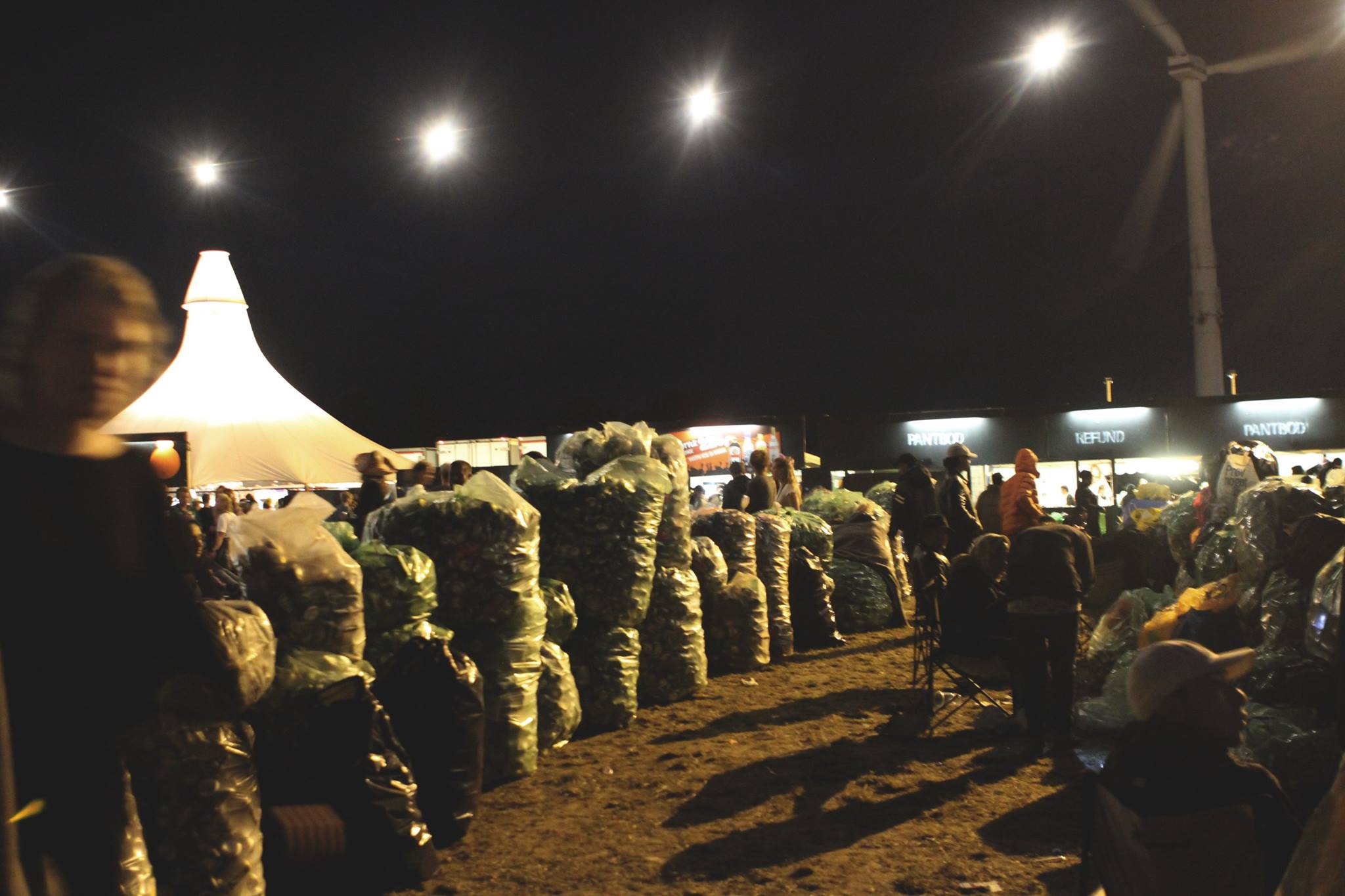 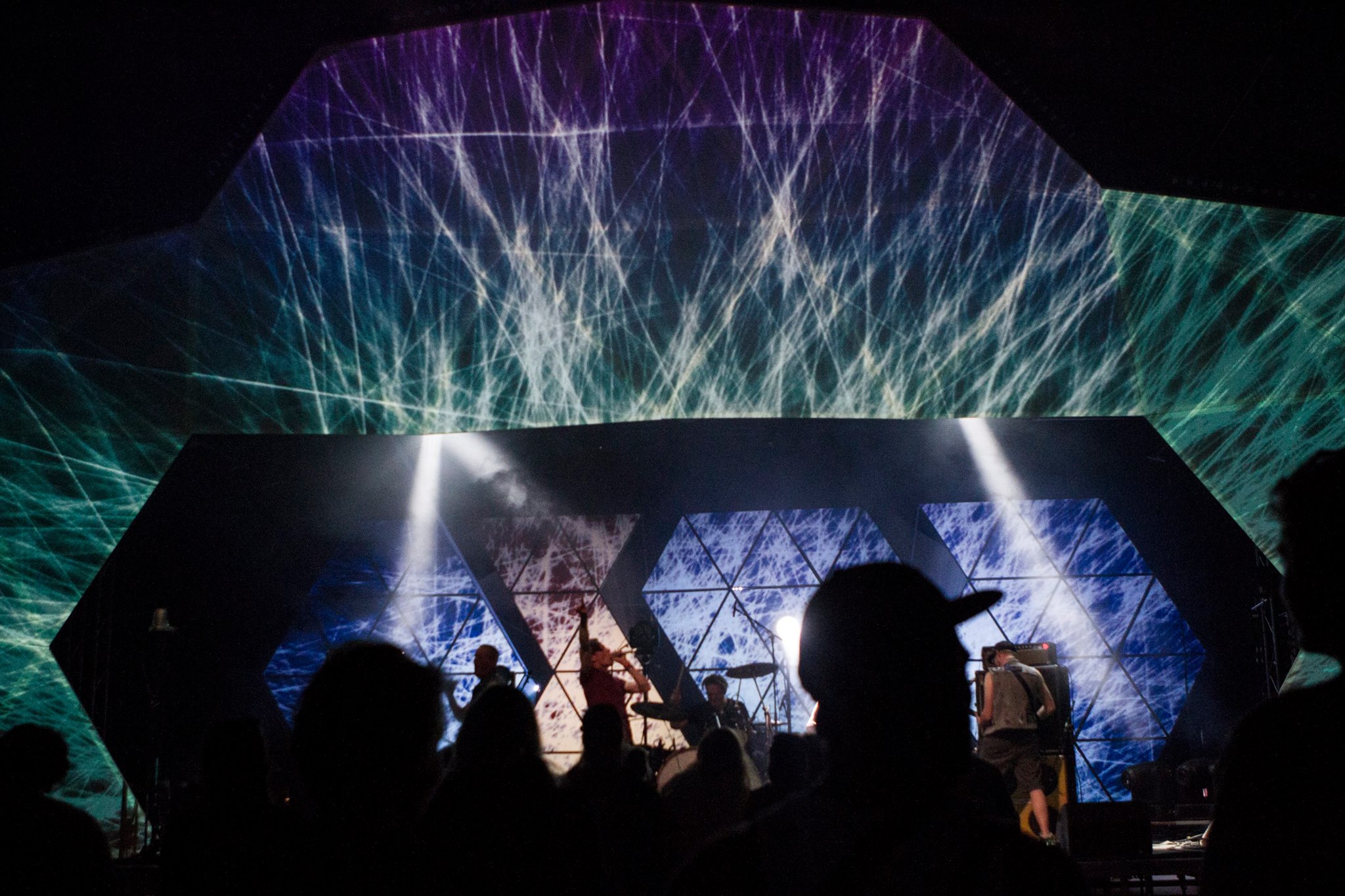 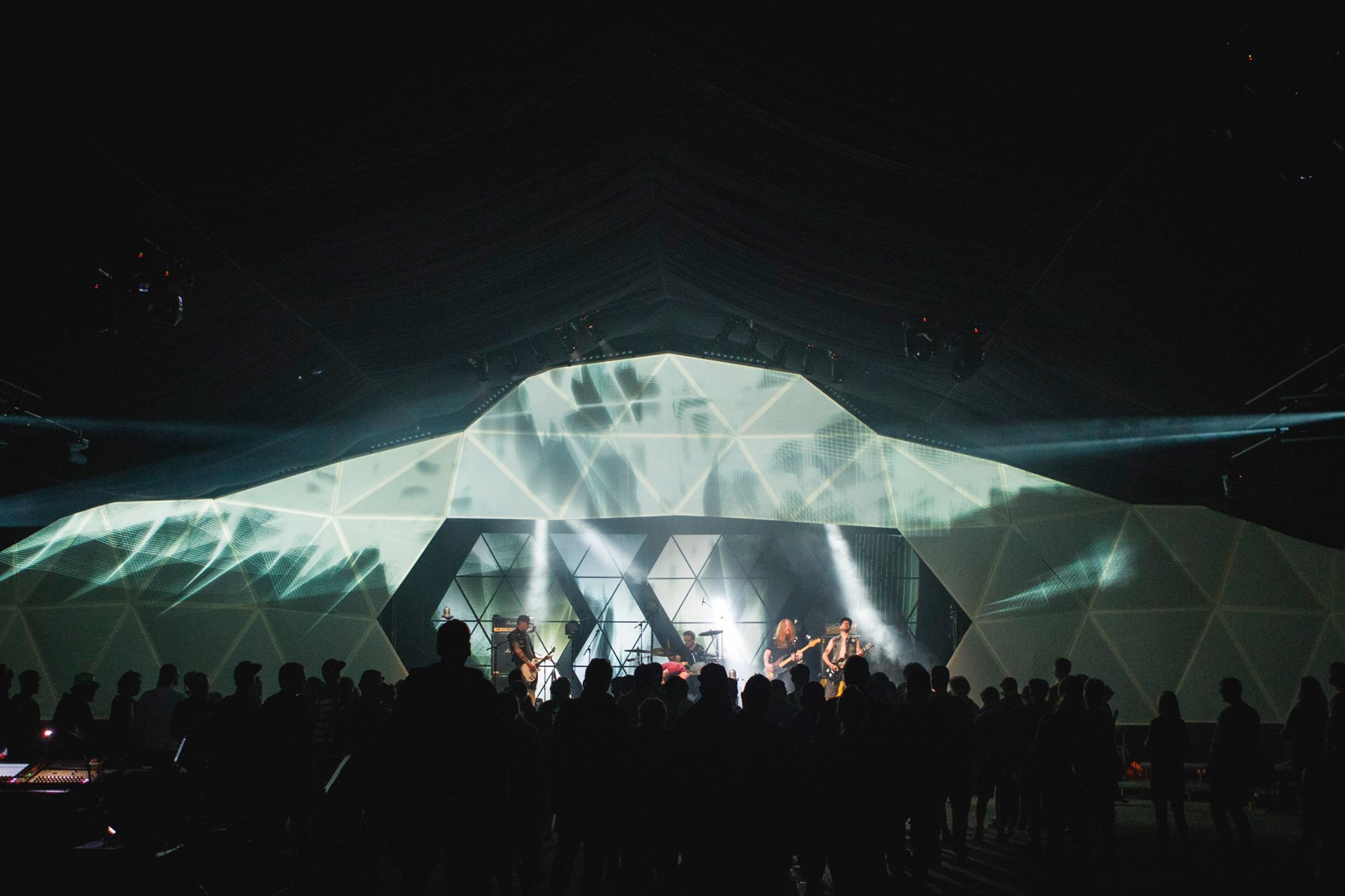 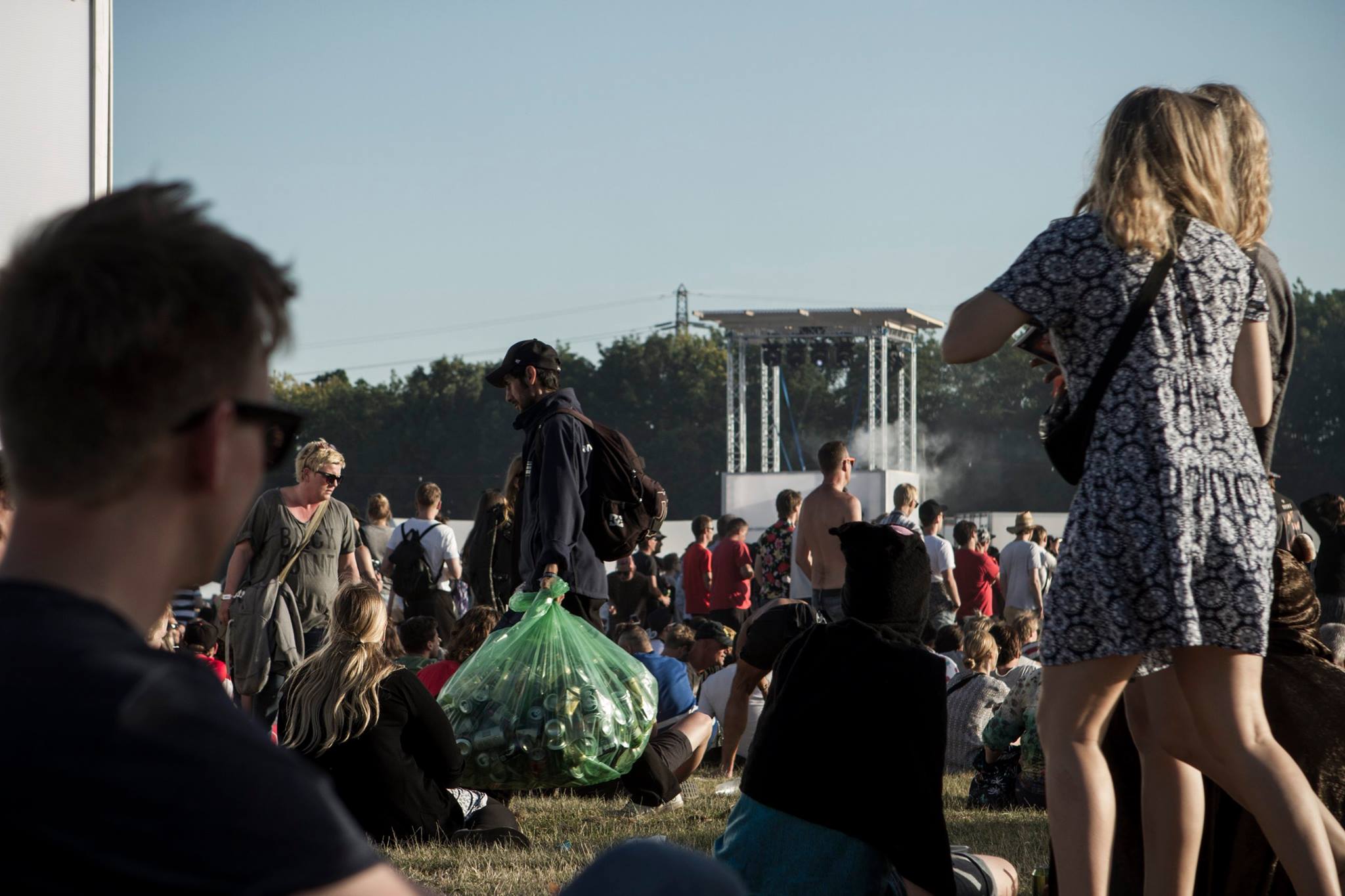 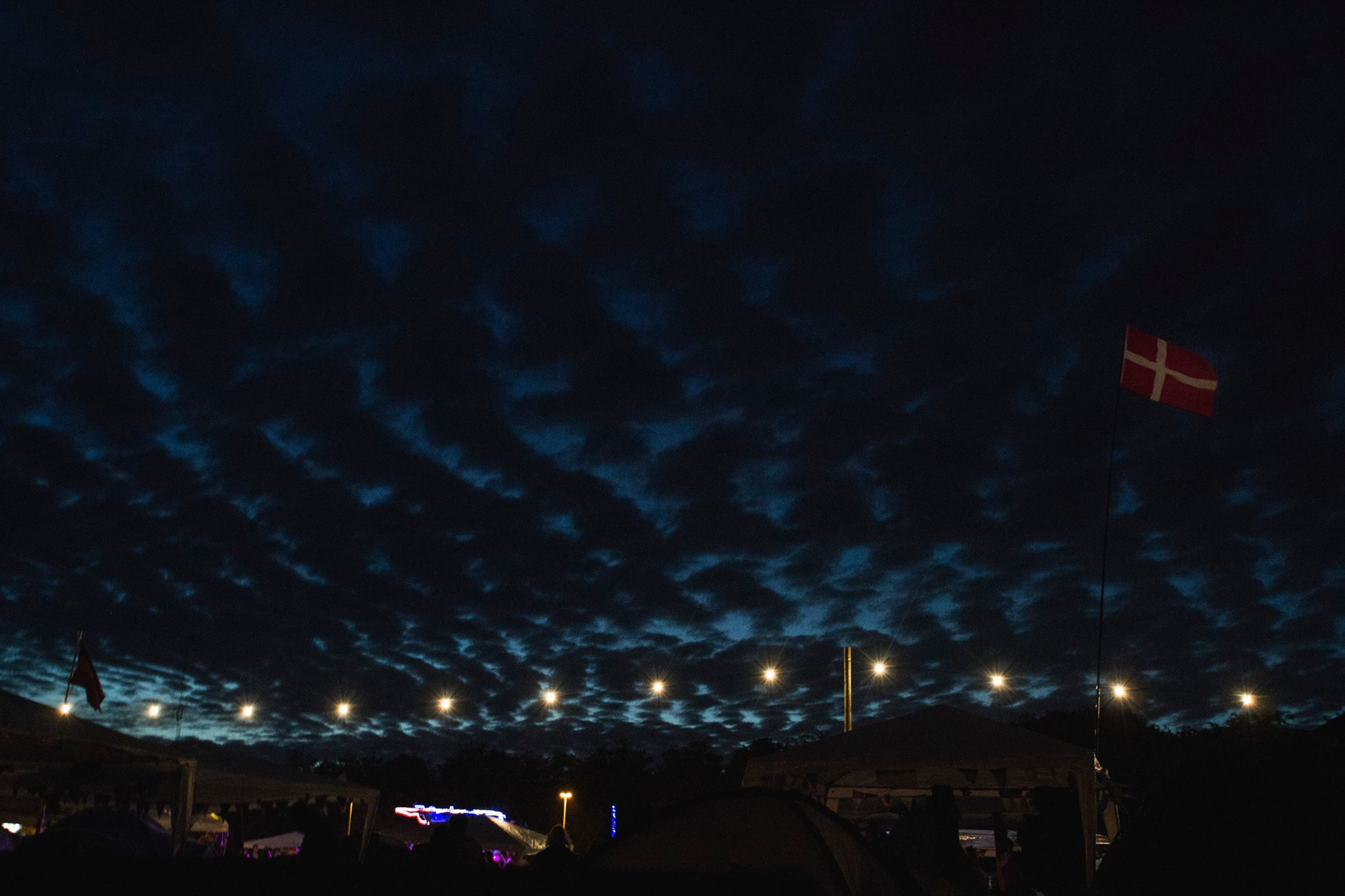 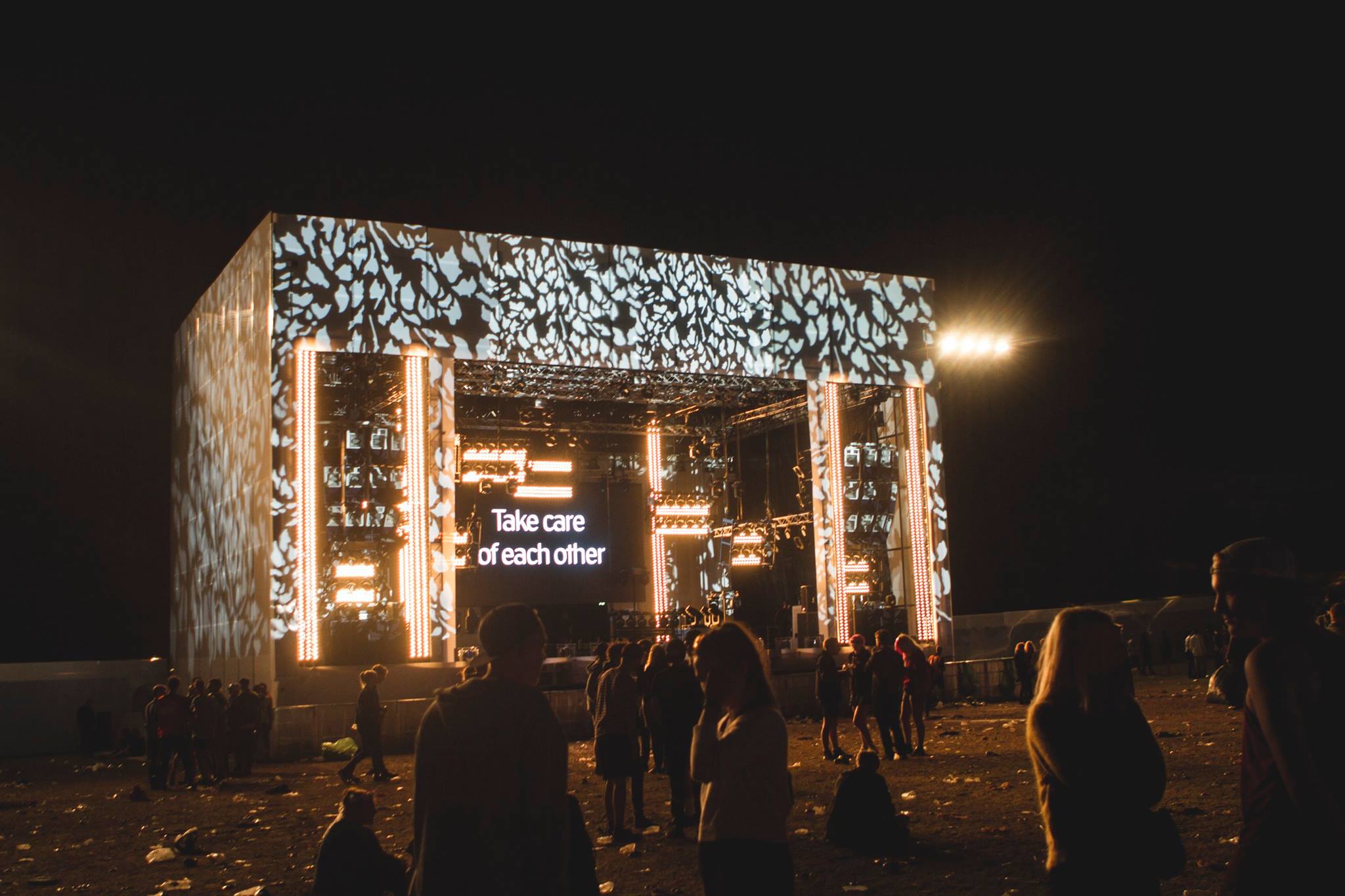 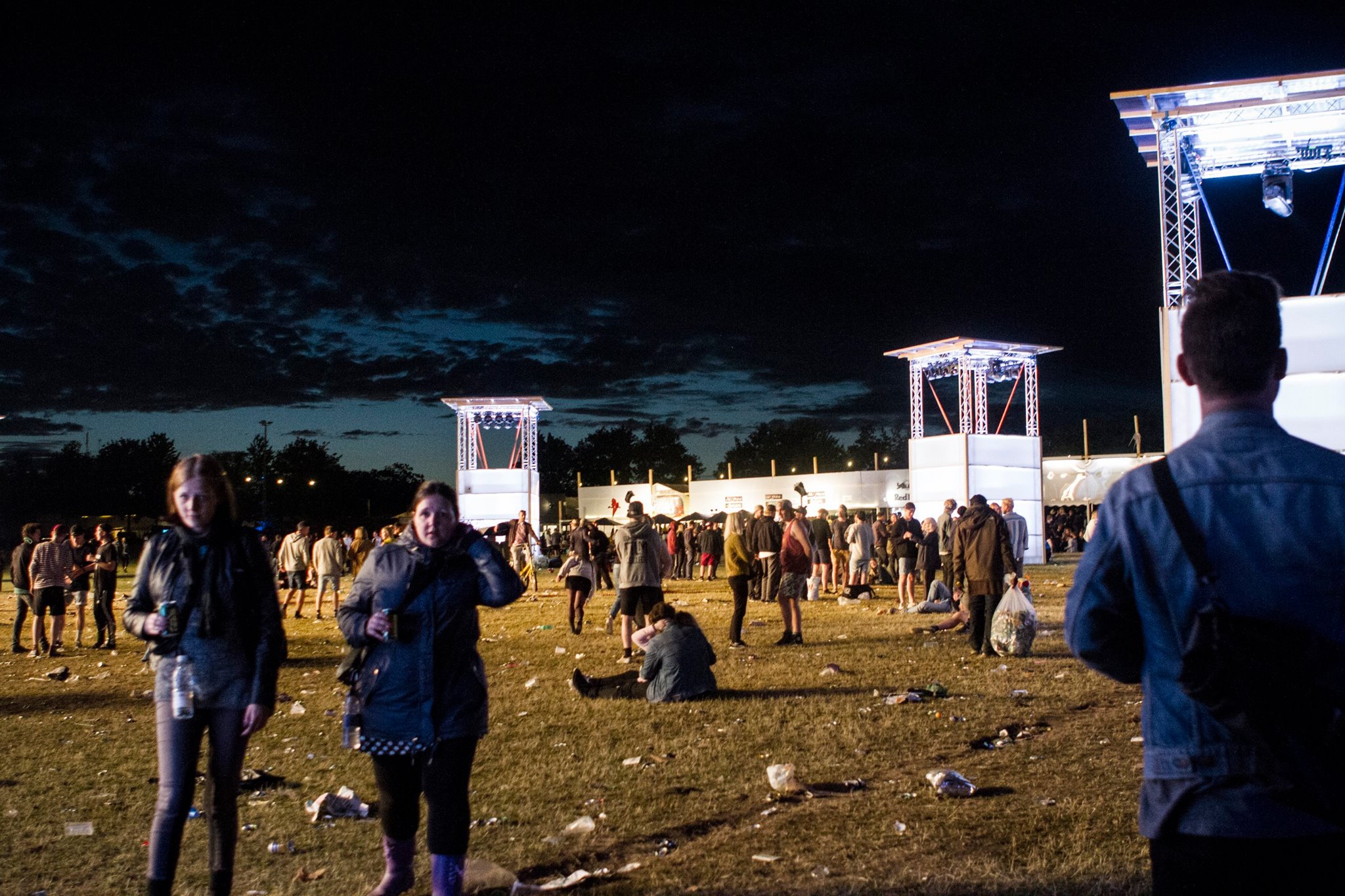 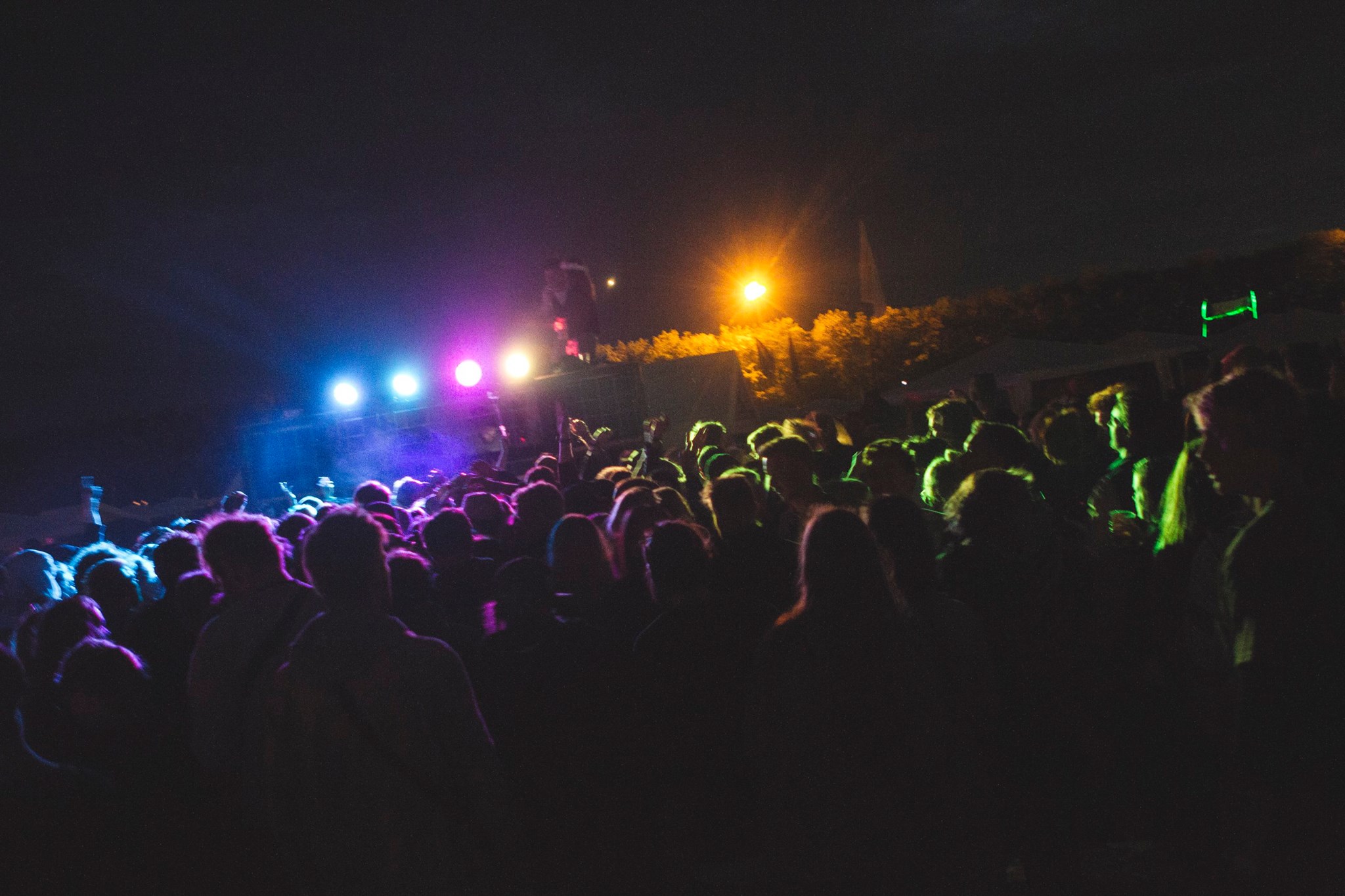 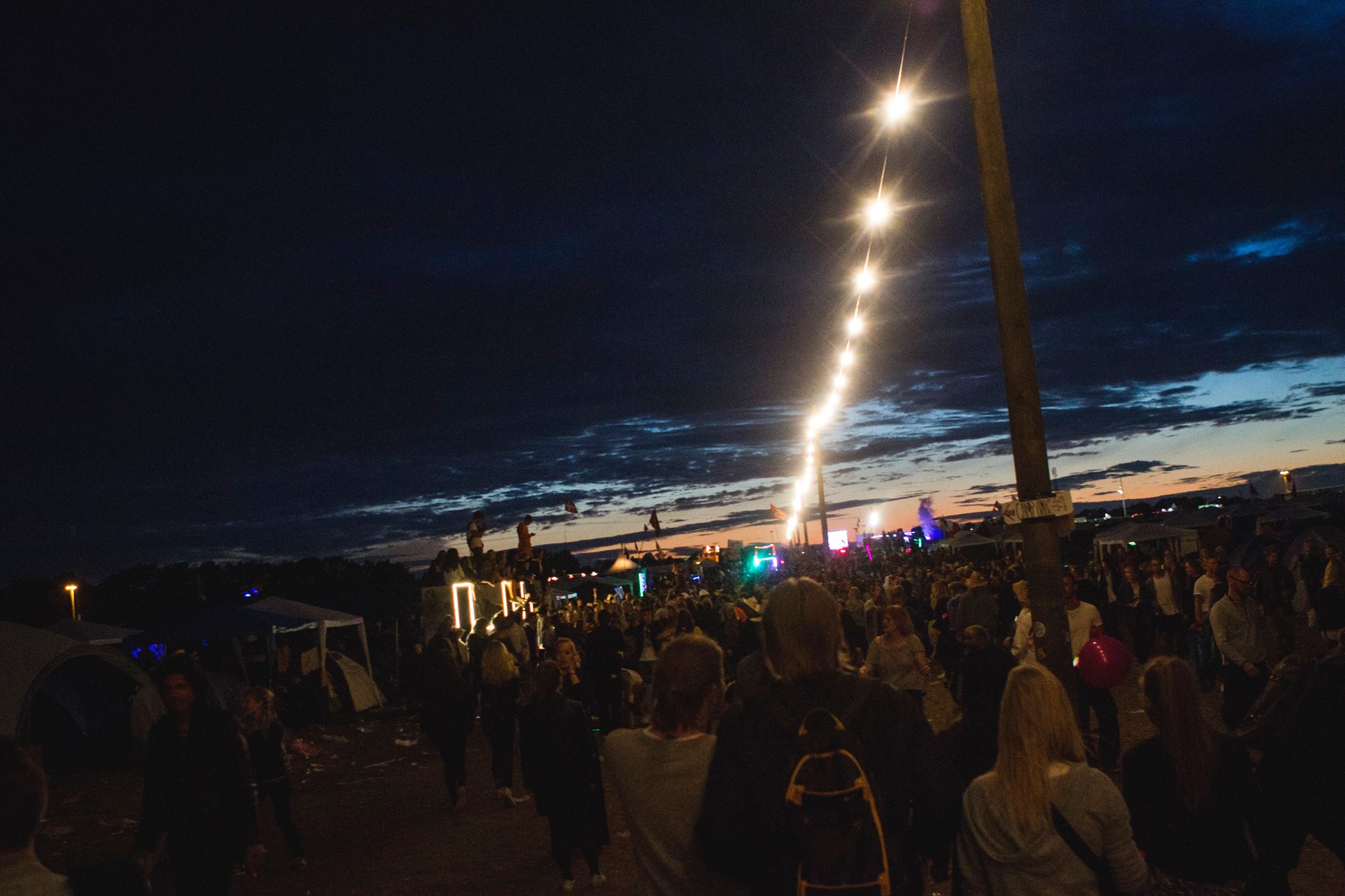 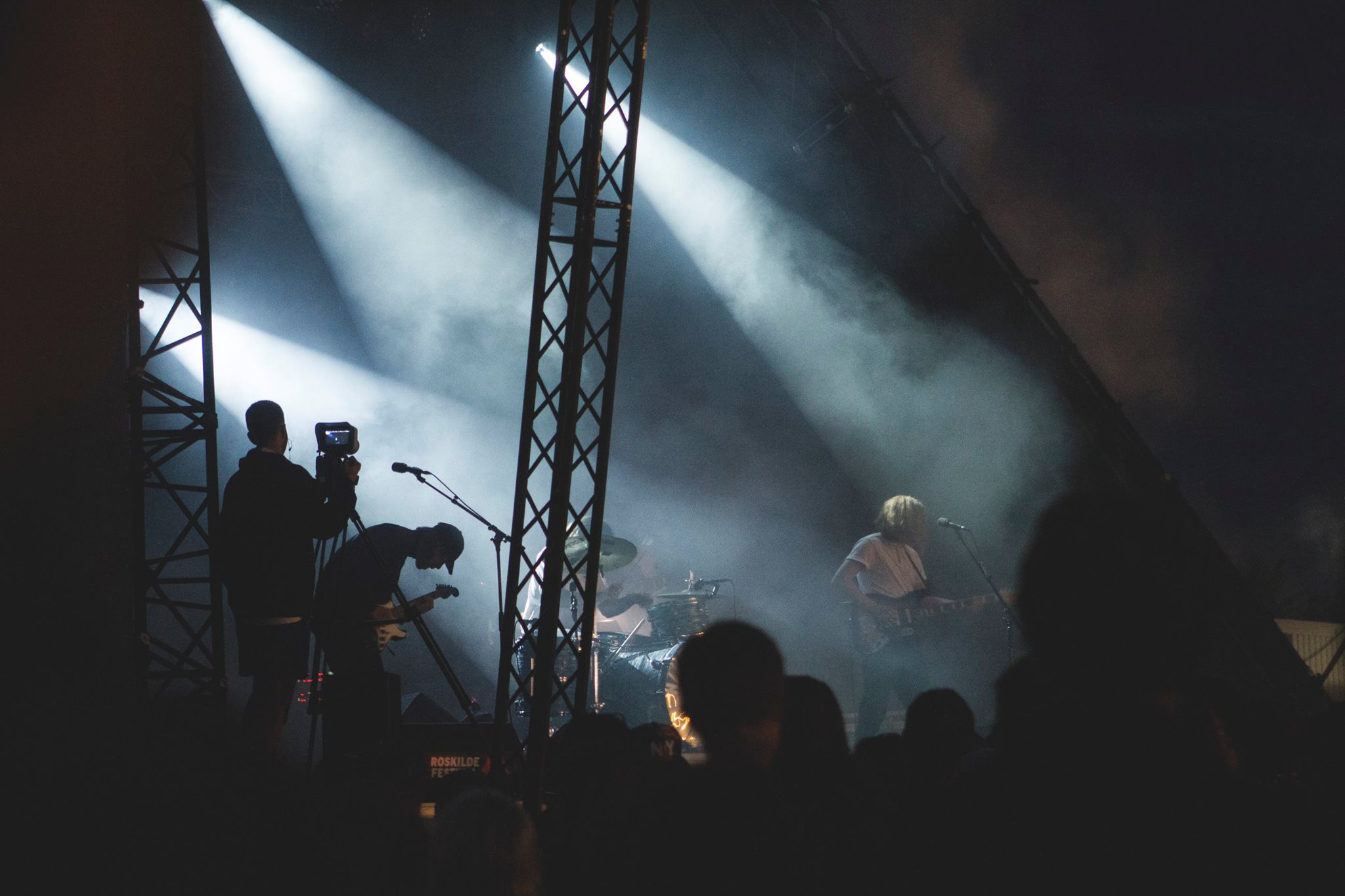 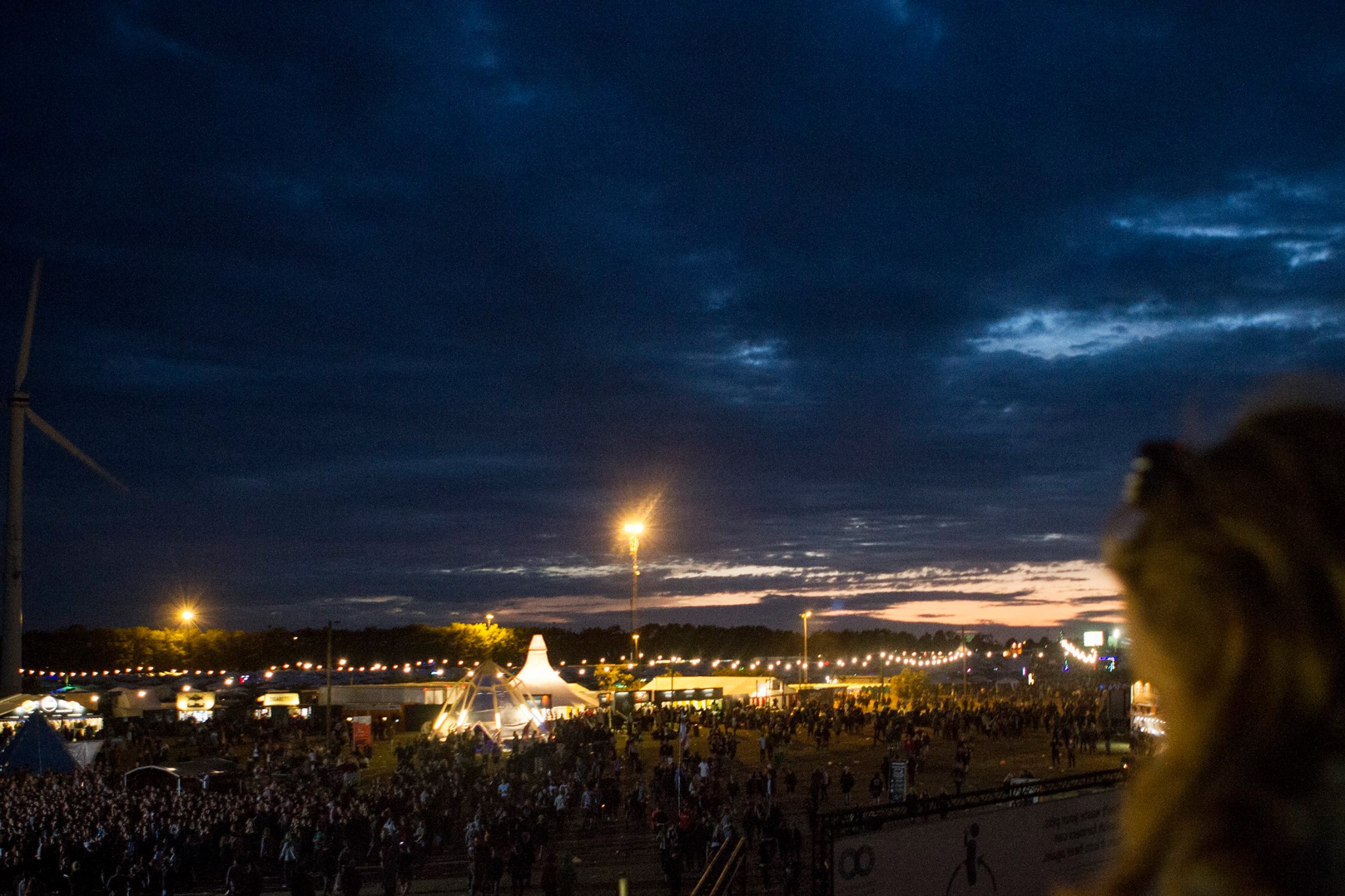 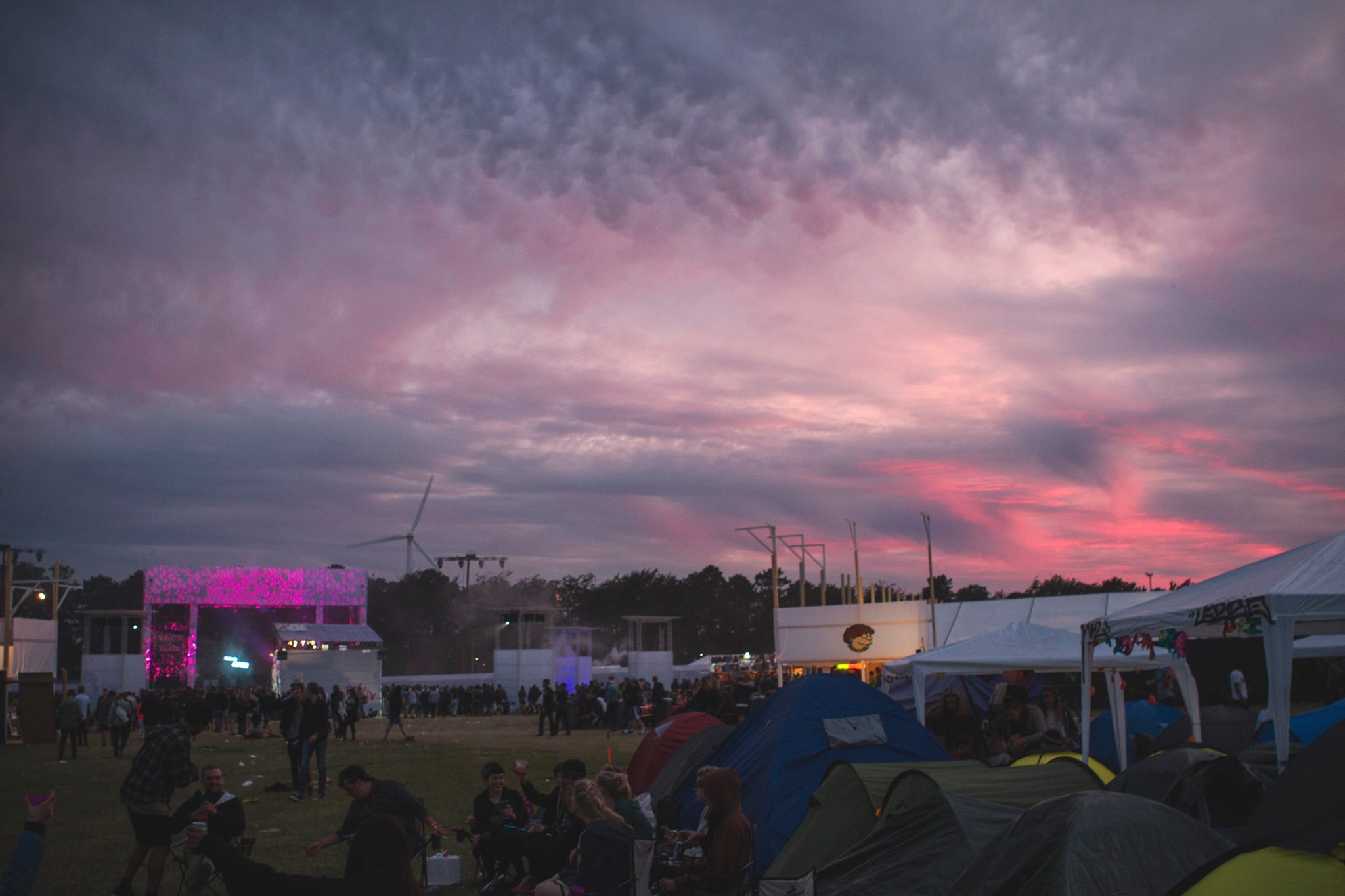 Anders: Saturday morning at 01:30, we’re standing at the gates of dawn, waiting for Danish pop princes Mew to come on at the main, Orange Stage. We’ve been told that guitarist Bo Madsen has left the group after serving more than twenty years as axeman, and we are very curious to see who they’ve brought in to fill his shoes, after all, the guitar parts in this band are quite difficult – not something you learn overnight.

Luckily, one didn’t need to worry, as new guy Mads Wegner has learned every single lick to perfection, and the band seems to play better than ever. ‘The Zookeeper’s Boy’ is the icebreaker and the crowd sets into a huge sing-along, as the catchy chorus continuously repeats itself – “Are you my Lady, are you my Lady, are you?”

Songs like ‘Repeaterbeater’ and ‘Snow Brigade’ see the crowd go wild, and the sound is brilliant, with singer Jonas Bjerre’s vocals cutting through the warm air, like crystals in the night.

He seems more relaxed and outgoing on stage than I’ve ever seen him before, and it makes the show nice and comfortable to watch. We enjoy every minute of it – never a dull moment. It’s great to hear older songs like ‘Am I Wry? No’, and I think of how far Mew has come since the early days, when I first saw them play at this festival – in 1998.

Haunting ballad ‘Comforting Sound’, ends the show in the wee hours of the morning, and we’re feeling like happy fools. Mellow, tired and drunk on music.

Maria: On Saturday afternoon, I rush to the Arena stage and catch dramatic Swedish crooner, Thåström, in the middle of one of my favourite songs of his – ‘Sønder Boulevard’ (Southern Boulevard), is a slow and sad story about the singer’s first visit to Denmark. The band are playing so loud that half the audience move from the tent and place themselves outside on the dry grass to listen and watch the big screens instead.

Inside the theatrical, and almost violent, performance continues with ‘Jag är en idiot’ (I Am An Idiot) and the legendary ‘Beväpne dig med vingar’ (Arm Yourself With Wings). The whole concert is intense and dark, the vocals coarse but sharp, and the band loud but soulful.

The next act on the Arena stage have also made their way from the great music country of Sweden, but it’s something else completely – the two young sisters of First Aid Kit play nice and polished folk-pop. It’s pretty clear that these two girls were raised together, and their vocals are like two versions of one, and a flawless one at that.

They are sweet in their hippie outfits with their long hair, but their songs never really manage to make you shiver like the originals from the Southern States in the 1930’s and 40’s. They remind me of classics like ‘You Are My Sunshine’ or ‘I am Weary Let Me Rest’. Not that they claim to be either black, old or from the States – but the Swedish tradition that they are born out of, mixed with the pedal steel and mandolins make the result a little nauseating.

Anders: That evening I see a plane flying low in over the festival site. Minutes later, when I check my Instagram I see, that guitarist Brian Ray has filmed their landing with a message to the people. “See you in a few minutes, Roskilde”, – Yep, McCartney and band has landed safely on Danish soil.

I couldn’t imagine a better person to close the festival, than Sir Paul McCartney. Not only was he part of the biggest band in the history of popular music, he was also the main guy behind Wings, alongside a long and winding solo career.

So, the man is a living legend. A legend in his own lifetime. A Beethoven of modern day music. We all know that, but can Macca live up to his own legacy? The answer is YES! Oh yes.

Paul and band start out with ‘Eight Days a Week’, and from then on things only gets better and better, and during his almost three hour long show, the charming and energetic Beatle treats us to a hit parade of songs from his huge back catalogue. Most of the songs comes from The Beatles-era, but we also get a few Wings classics such as ‘Nineteen Hundred and Eighty-Five’, and solo career highlight, ‘Maybe I’m Amazed’.

He clearly enjoys playing live and songs such as ‘Band On The Run’, the beautiful ‘Blackbird’, and the jolly ‘Ob-La-Di Ob-La-Da’, make sure to keep the crowd entertained. The whole site is dancing around in excitement and joy, and in between songs we get little anecdotes from a long and magnificent career – Paul tells his stories with such love, depth and warmth, that it almost feels like we are sitting with him around a fireplace, somewhere in St John’s Wood.

An absolute highlight is the magical ‘For The Benefit Of Mr. Kite’. A song born out of a poster John Lennon once saw in a charity shop, which, with its harpsichord drenched, carnival feel, reminds us what a lovely psychedelic circus The Beatles camp had turned into, around 1967.

Another great moment arrives, when Paul brings out the ukulele, and dedicates the next song to its famous composer. “Let’s hear it out, for George”, he shouts, before playing a beautiful version of the Harrison classic, ‘Something’.

The dream is real and our hair is on end. Young girls scream and grown men cry. The epic James Bond tune, ‘Live And Let Die’, serves as the climax of the show, after which a stunning ‘Hey Jude’, marks the goodbye, before an ecstatic crowd.

An encore is demanded: Paul and band reappears with Danish and English flags, and kick into ‘Another Girl’, ‘Can’t Buy Me Love’ and a bunch of other songs, before ending with the climatic Abbey Road medley ‘Golden Slumbers / Carry That Weight / The End’.

“Vi ses næste gang (See you next time)”, he says in Danish, as he bid us farewell.

Afterwards the party vibes are as insane as ever, but I decide that I’ve had enough and head back to the camp to fetch my things. Five minutes later I squeeze myself through the exit gate and stumble my way across the field and away from the scattered surroundings of dirt, trash and smelly human flesh.

Around me, people are talking in excitement about the McCartney show, aware that they have witnessed something special tonight – which, indeed they have.