From the opening Pet Shop Boy-ish title track, right through to the teary, fearful album closer ‘Astronaut’, Flashbacks & Futures is where Hans Zimmer meets Boys Noize. Frida Sundemo has created a debut of otherworldly beauty and one that is set to meet the expectations for one of the most highly anticipated albums to be coming out of Scandinavia this year.

Let us take you on a soft journey towards Frida Sundemo’s world, with ‘Keep An Eye On Me’, Spotify link to the album and exclusive Q&A From Mars, where Frida opens up about her creative process of recording, mixing and shooting.

01 – Which colours do you associate visually with the recording & listening of this album?

“Blue and red! They have been a part of the process all the way and they symbolize contrasts which I always think it’s important in a creative process. It’s also a little nod towards sci-fi movies. These colours are on all visual content. Apart from that I’ve separate colours for separate tracks on the album. ‘Prelude’ is white and ‘Stay Young’ is green.”

02 – Which Records / Ep / Songs or Remix were on your playlist on repeat, before, during and after the mastering of the album?

“This playlist says a lot.” Open on Spotify HERE.

03 – Did you have a mood-board with iconic inspo or brand / advertising, you were referred to for the art-work or the mood of the song/album, and which one?

“Yeah, I have a folder on my computer where I’ve collected inspirational pictures. Anything from fonts, screenshots from movies, architecture, pictures of nature etc. I have a clear vision of what belongs in this folder.”

03b – How long have you been inside the Astronaut’s costume and would you have stayed less or more time?

“Haha, we filmed those scenes for about 12 hours and I was in the suit all that time. I took off the helmet a few times, though, which was good because it was really heavy on the shoulders and made me feel quite isolated from the rest of the team. Feeling isolated was I good thing too I guess when shooting the scenes ‘cause I really felt like a lonely astronaut exploring something unknown.”

04 – Memes / Habits: Describe us your daily routine to the studio, and some key-situations, that are reminding you of the ‘process’.

“I usually start my day with a walk. Sometimes I listen to music I’m working on because it’s really good to listen to it in a different environment than in the studio. And sometimes I just listen to a podcast to relax. Then I take a shower, drink lots of black coffee and have breakfast. After this is usually do admin stuff like replying to emails etc in my little home office. Then I go to the studio at Kungsholmen.

“I have a lot of friends working there too which is really nice. I share a studio room in this complex with producer Joel Humlén (with whom I make all of the Frida Sundemo music). Sometimes I stay at work until late night and sometimes I go home early but usually I’m in the studio between 11-19. In the studio lounge we have an acoustic piano which I play on sometimes when everybody else has left or if I get there first in the morning. It’s a nice contrast to all the software instruments I spend most of my time with.”

Flashbacks & Futures is out now via Cosmos Music. Listen on Spotify HERE. 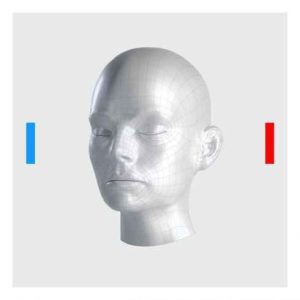