The London-born singer-songwriter rose to prominence in 2007 with the hit ‘Foundations’ and has since become an icon of British indie pop. Kate Nash‘s latest challenge: using her music as a platform to help create awareness of the ever threatening single-use plastic crisis.

Following the release of her fourth studio album in 2018, Yesterday Was Forever, the artist has released her latest single ‘Trash’ as a condemnation of the growing environmental issue that is causing the destruction of entire ecosystems. “The planet is fucking battered, but it will be just fine. It will just kill us off and then it’ll be fine. The damage that you’re doing you’re doing it to yourself and your family,” states Nash. She got submerged in the cause and has undertaken her own investigation to create records from epoxy resin.

“The planet is fucking battered, but it will be just fine. It will just kill us off and then it’ll be fine.”

The lyrics to ‘Trash’ reveal a personal side to Nash’s experiences as she uses metaphors to link toxic relationships to plastic pollution. “I have experienced many toxic relationships and friendships. I wanted it to make sense to anybody’s personal journey as well,” she explains, while referencing the chorus of the song: “When you feel stuck in those patterns of being with toxic people, and you think to yourself ‘Why do I have this devotion?’ The core is realising that you’re just trash to this person; they don’t actually respect you. You are willingly saying I’m trash for you.”

“I wanted to see if it was possible to make music out of the trash from my last music output and I went on this plastic trial, […] attended events and saw people doing experiments,” explains Nash, saying that it was a matter of trial and error, but she knew that she could use the epoxy records she created as an art piece to display later on, for an exhibition curated by makeup and visual artist Athena Pagington, where she collaborated as one of twenty-two featured artists. Seeing how much plastic she had at home in the form of records was an eye-opener that presented itself, when Pagington invited her to participate in the environmental awareness themed art project.

The ’90s inspired music video shows a grungy Kate Nash singing the words directly to the camera. Director, Aidan Zamiri, captured Nash’s protest in a simple, yet visually striking concept, where Nash is in the centre of the frame, in front of a background of grainy videos of places that are contaminated with large amounts of plastic.

“Me and Aidan really connected. We have this chemistry between us and I’m very comfortable with him. I explained what I was thinking and he worked with that and created something so cool. He is a genius,” states Nash, speaking of how she came up with an idea for the video and how it developed from there with Zamiri’s input. The Glaswegian director is also the creative mind behind Nash’s video for the song ‘HATE YOU’ where an enraged Nash commits a crime inspired by the disdain of unrequited love.

In the future, Nash is keen to explore more environmental issues and record more songs like ‘Trash’, potentially making it a whole record. She will remain committed to trying to make a change one step at a time affirming that, “It’s a plan to take it as far as I can go. I’m already talking to different companies that are having an impact or making a difference.”

In the meantime, Nash is taking her acting career further by playing Rhonda “Britannica” Richardson in the Netflix Original, GLOW; a comedy series about the lives of a group of female wrestlers who aspire to appear on the Gorgeous Ladies of Wrestling (GLOW) professional wrestling circuit. The artist described appearing on the show as, “one of the best things that ever happened to me,” adding that, “to work with 15 women, female creatives on this weird story of female empowerment is everything I’ve ever dreamed of.”

GLOW returns for a third and highly anticipated series on 29th June. 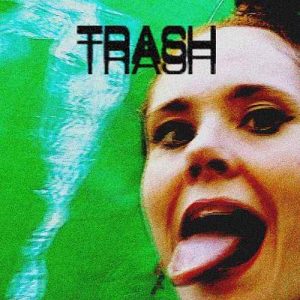 Want more? Click HERE to read our cover feature with Kate Nash from the FASHION.MUSIC.STYLE archive.