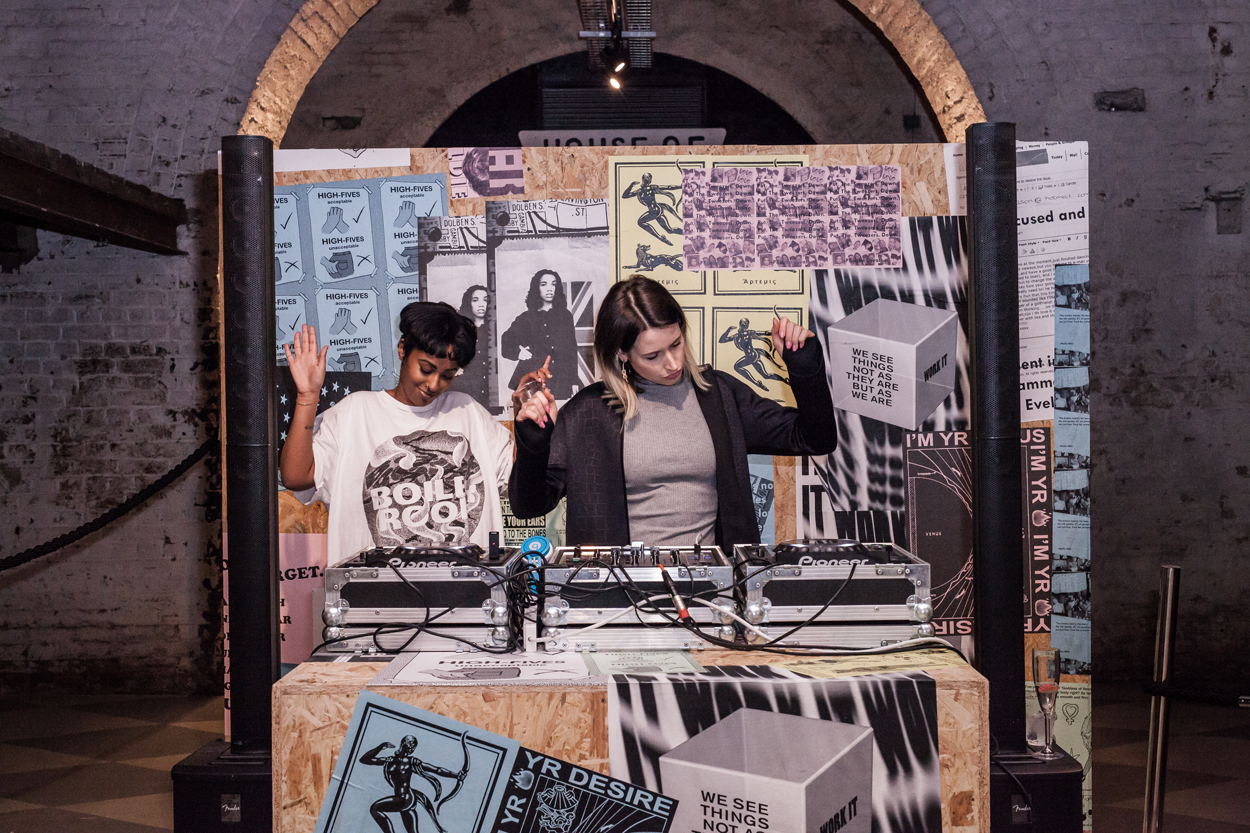 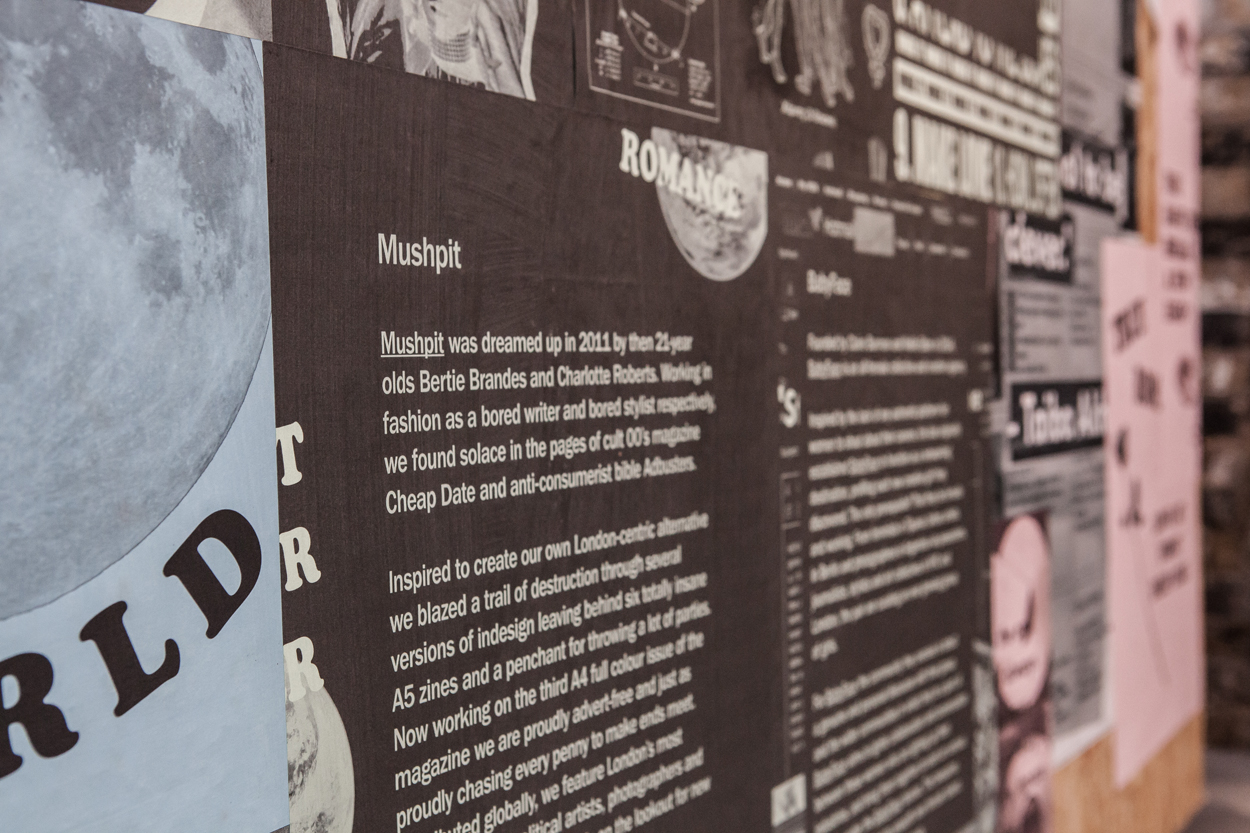 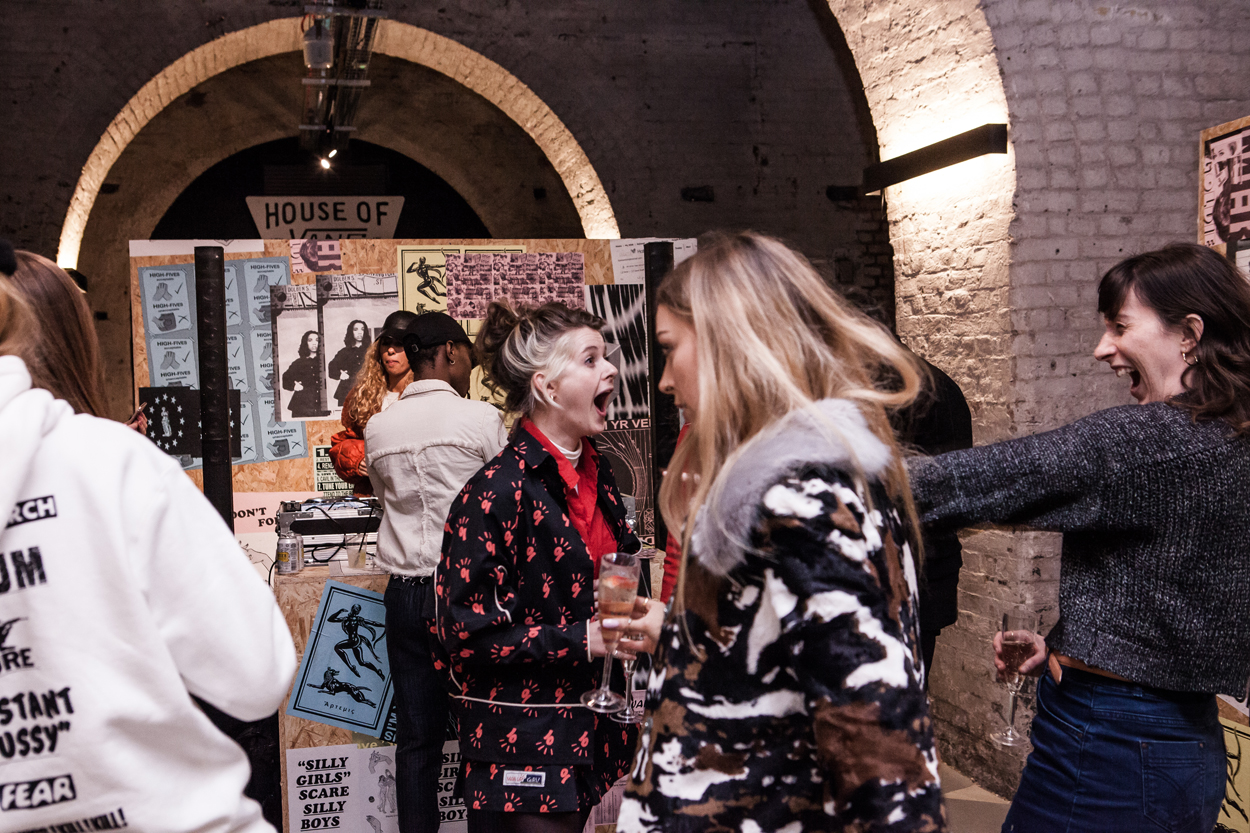 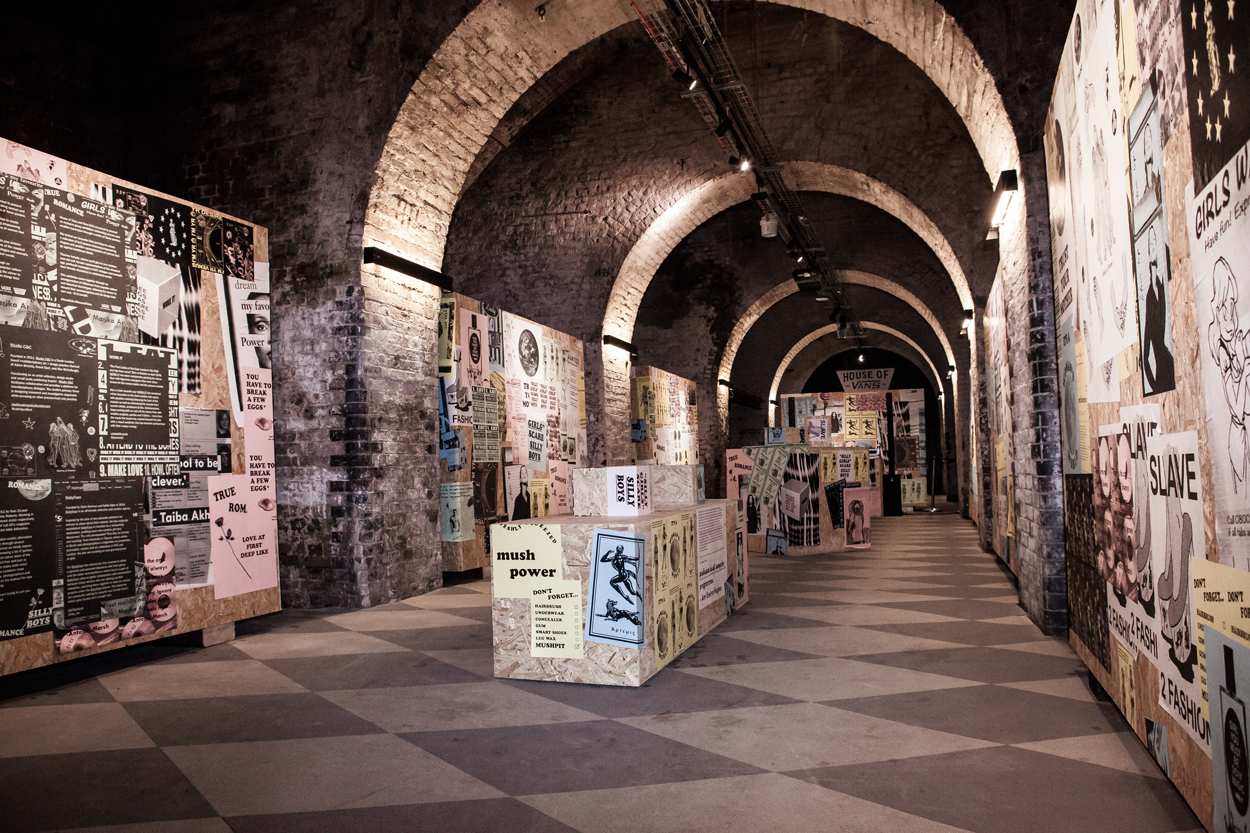 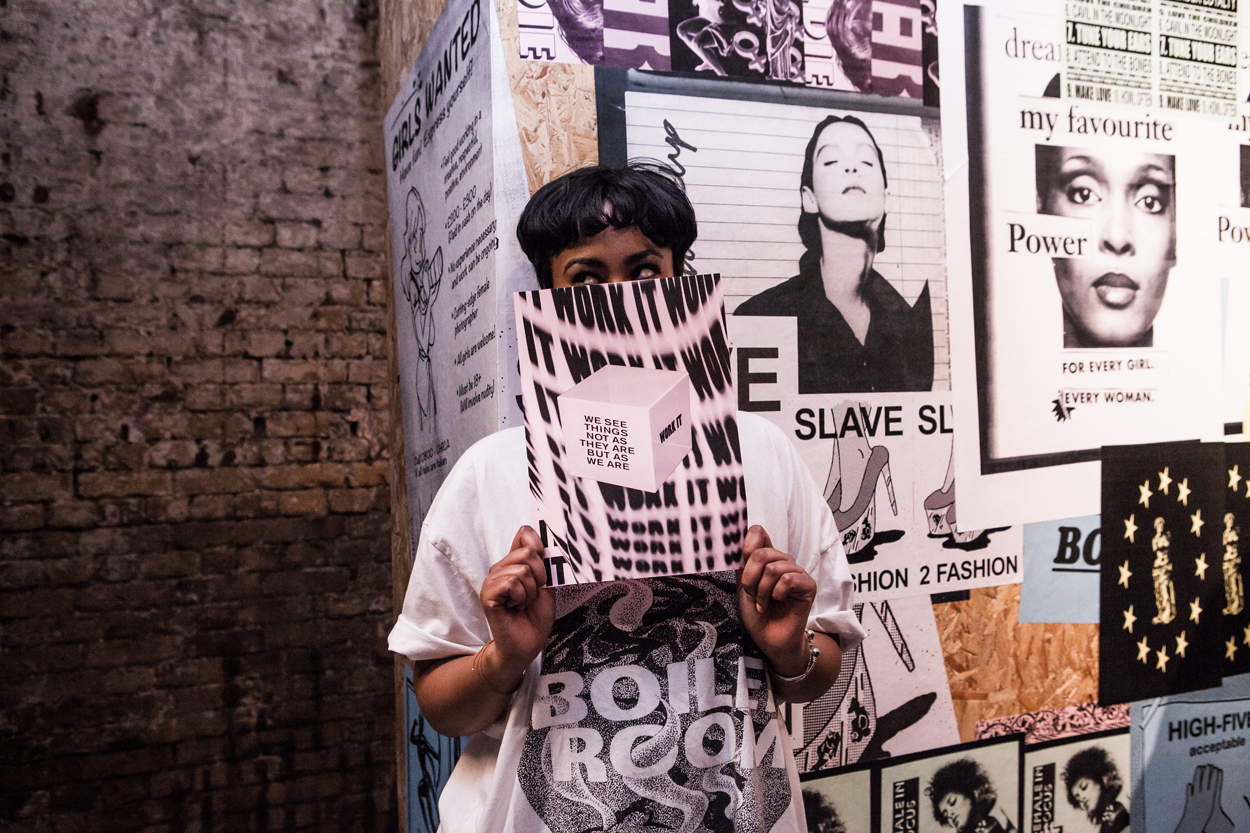 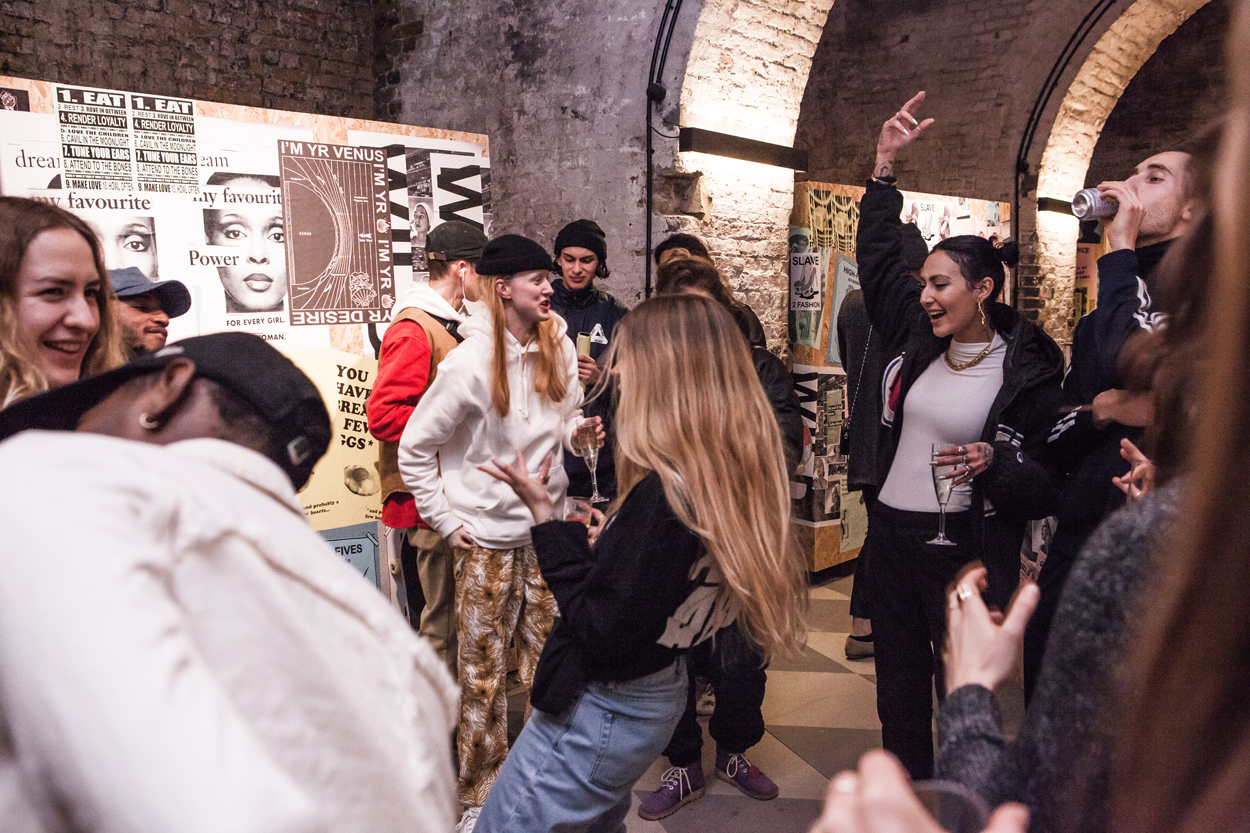 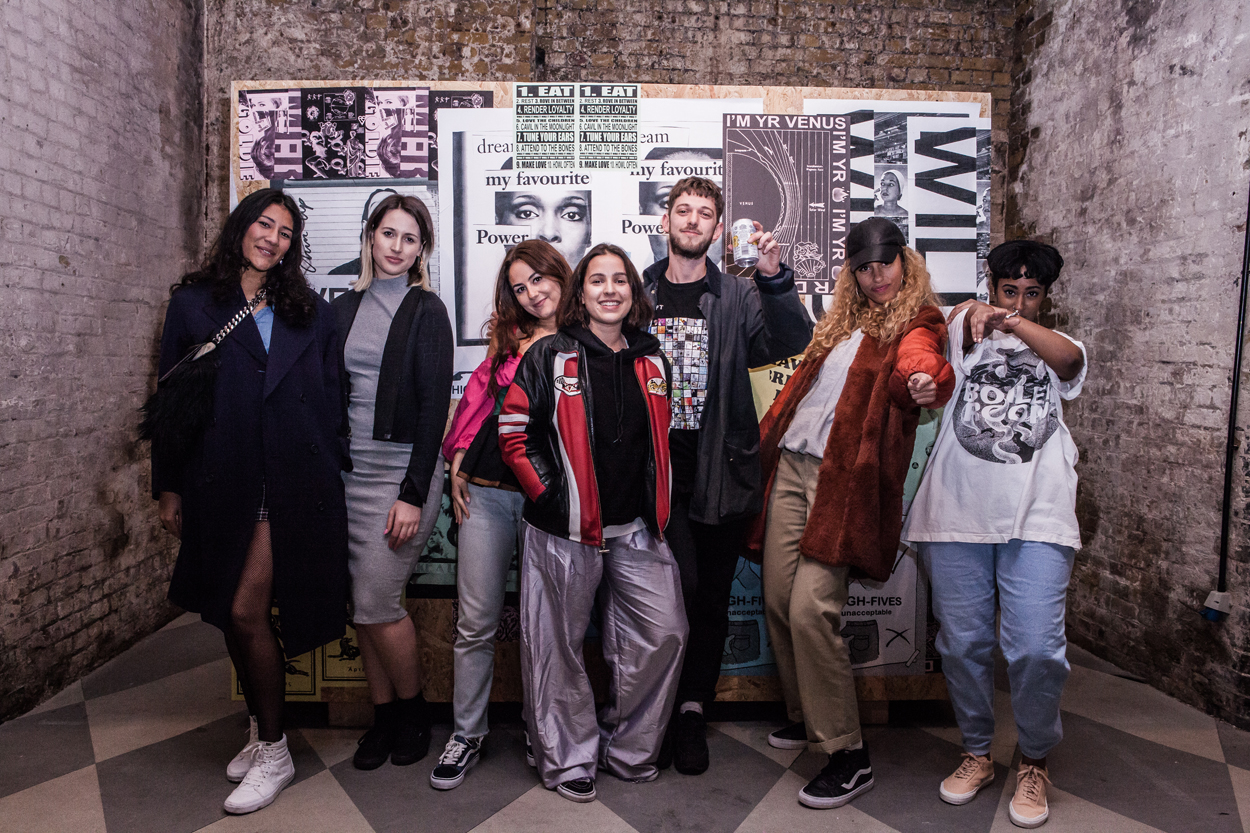 Girls Month held its launch party on Thursday 25th of February at the House of Vans – a cool venue beneath Waterloo Station, formally known as the Old Vic Tunnels – celebrating the first of a variety of events by the shoe manufacturer in celebration of International Women’s Day, with exhibitions, movie screenings, workshops and talks taking place until March 10th.

D.I.Y.ourself saw boys with skateboards and girls in sports clothes knocking around, while organisers plied guests with free Prosecco at the exhibition, created to celebrate women and their creative expressions through a series of Xerox posters. 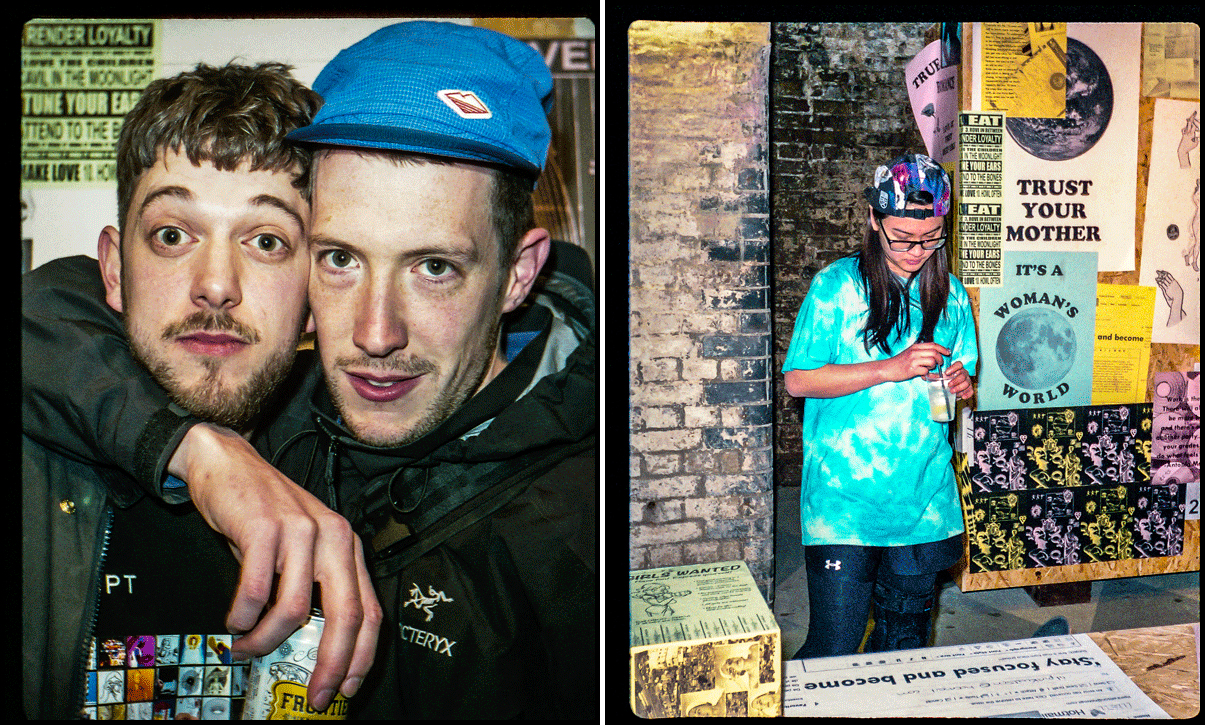 Controversial and feminine posters with slogans such as: Dream my favourite power. For every girl. Every Woman; True Romance. Love at first deep like; and Slave 2 fashion graced the walls, all presenting the independence and power of women. Many of them, although comical, were pretty shocking, but all in keeping with the mood of real ‘Vans girls’ – girls who know who they are.

Copies were available for guests to take home and get inspired to create, further to a free poster making workshop with Lotte Andersen that took place on the 27th February.

In keeping with the controversial nature of the exhibition, there was also a screening of Brian Percival‘s 2001 short, About a Girl. If you haven’t seen it yet… be sure to watch the full eight/nine minutes.

More cocktails were served and guests moved to the dance floor where the DJ got everyone dancing until around 10pm, when just as the event started to look like a real Hip Hop party, guests were politely asked to leave. Nevertheless, the exhibition, together with amazing club music, a DJ set from Work It and the screening of the short movie, was a very successful launch party.

D.I.Y.ourself continues until March 11th. In addition to the recent jewellery making workshop with Tatty Divine and Girl’s Skate Night, Girls Month has more exciting events in store, including the ongoing Girls in Film series. There will be talks on International Women’s Day, the 8th of March, with successful girls sharing their achievements, ambitions and future plans, along with advice on achieving a dream career.

On March 10th, there will be a screening evening for the Dogwoof Film Series, which will include an amazing documentary entitled Speed Sisters.

Check out www.houseofvanslondon.com for more information.