Distortion: Party of the Year to Hit the Streets of Copenhagen

Countdown to the legendary street party festival in Copenhagen has begun – this Wednesday will see the old streets taking in thousands of celebrating hipsters.

Distortion has almost turned into a holiday for many Copenhageners. People take time off work and school, and travel across the country to spend five days in the Danish capital to party. And they party hard. The city is turned inside out as stores, bars and shops are taking over the side walks, and the streets with stages, DJs and outdoor serving. 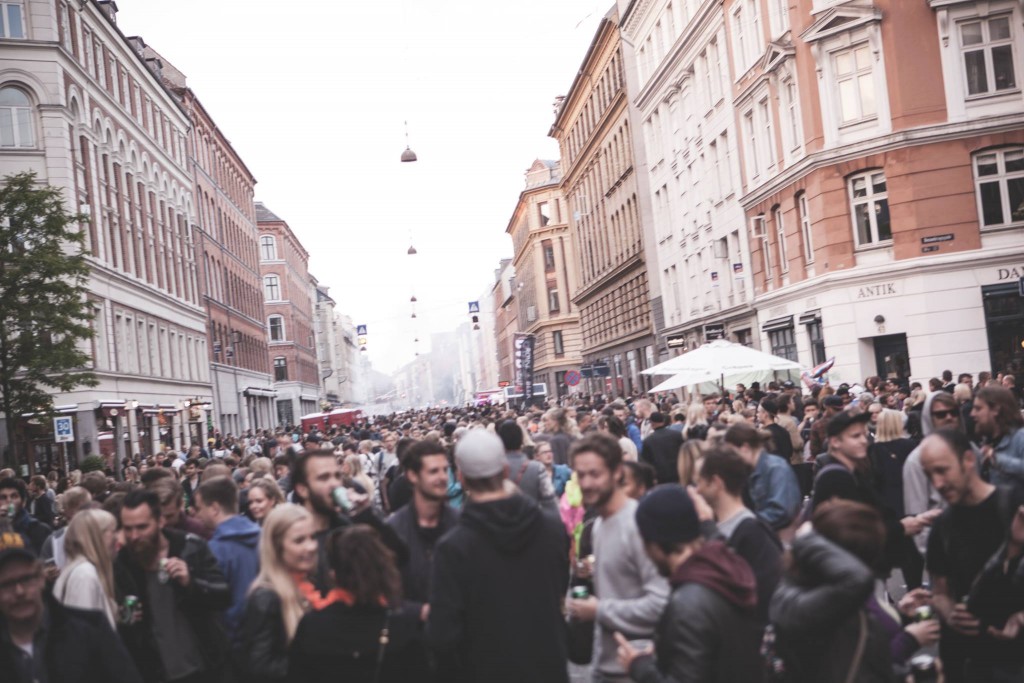 It’s estimated that the festival gathers 100,000 people every day, so it might just be one of the biggest events in Europe.

With more than 30 stages, it moves around different parts of the city, ending in Refshale Island (Refshaleøen) with a two-day party across nine stages – Distortion Ø. Wednesday the 3rd of June is in Nørrebro, and Thursday the 4th of June in Vesterbro – the two most hip areas of Copenhagen. The street parties are notorious for leaving a huge mess, as one can guess, but in buying a street party bracelet for the cost of only 100 Danish kroner (£10) you support the vast clean-up.

The weather reports seem to cast prosperity over this year’s festival as they promise 20+ degrees in the sunshine – an essential factor in the major outdoor party of the year. Fingers crossed.

Distortion started out as a celebration of electronic music and is still pretty much so. The event called Elsker Nørrebro on Wednesday, by the beautiful Peblinge lake, will present old school house and techno from Brynjolfur and Kim Kemi among other DJs. Along with the Fat Berri’s Block Party with names like DJ T.O.M. and Unkwon.

One of the main streets in Vesterbro, Istedgade, will once again be strictly rock’n’roll. Classic rock bar Simpelt V will be hosting a big stage with one of Denmark’s most rocking bands,  The Blue Van, alongside other cool rock acts.

Check out Distortion’s website and social media channels for more information, and we’ll see you there.