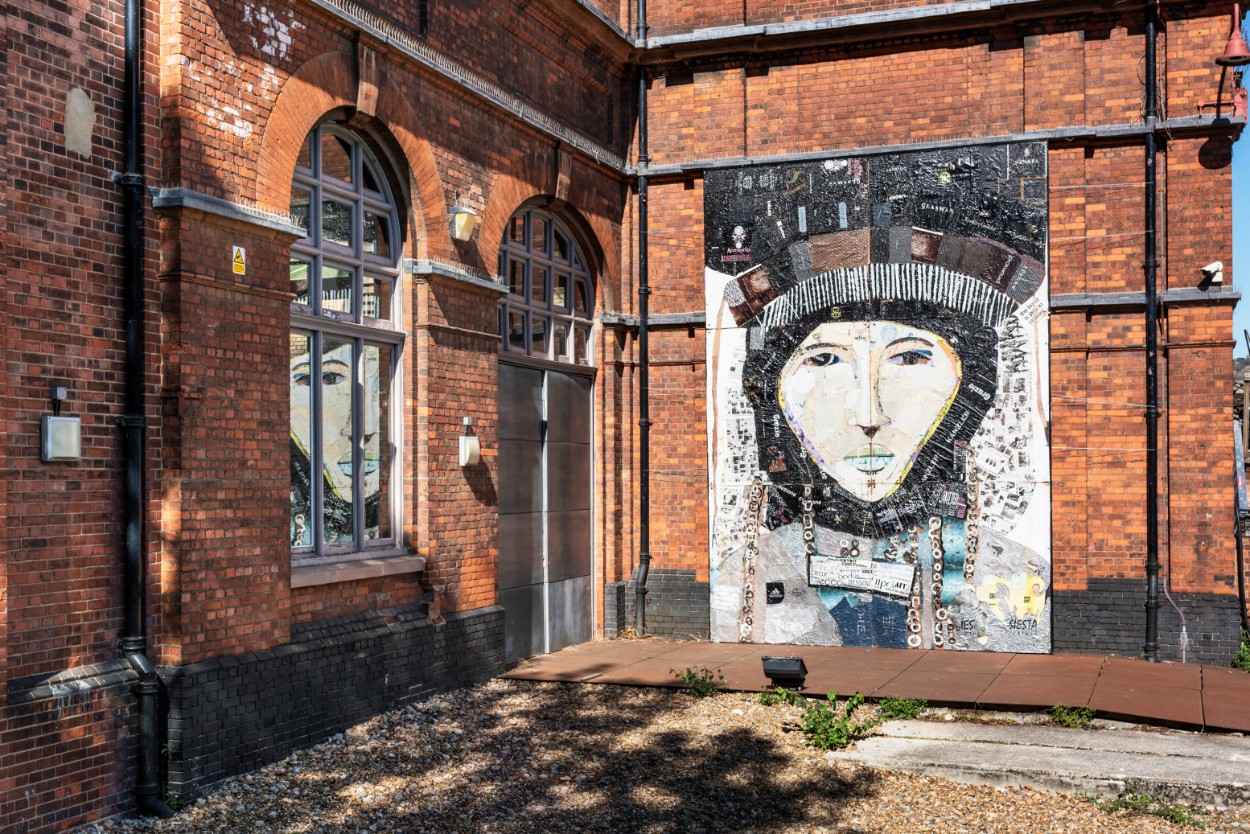 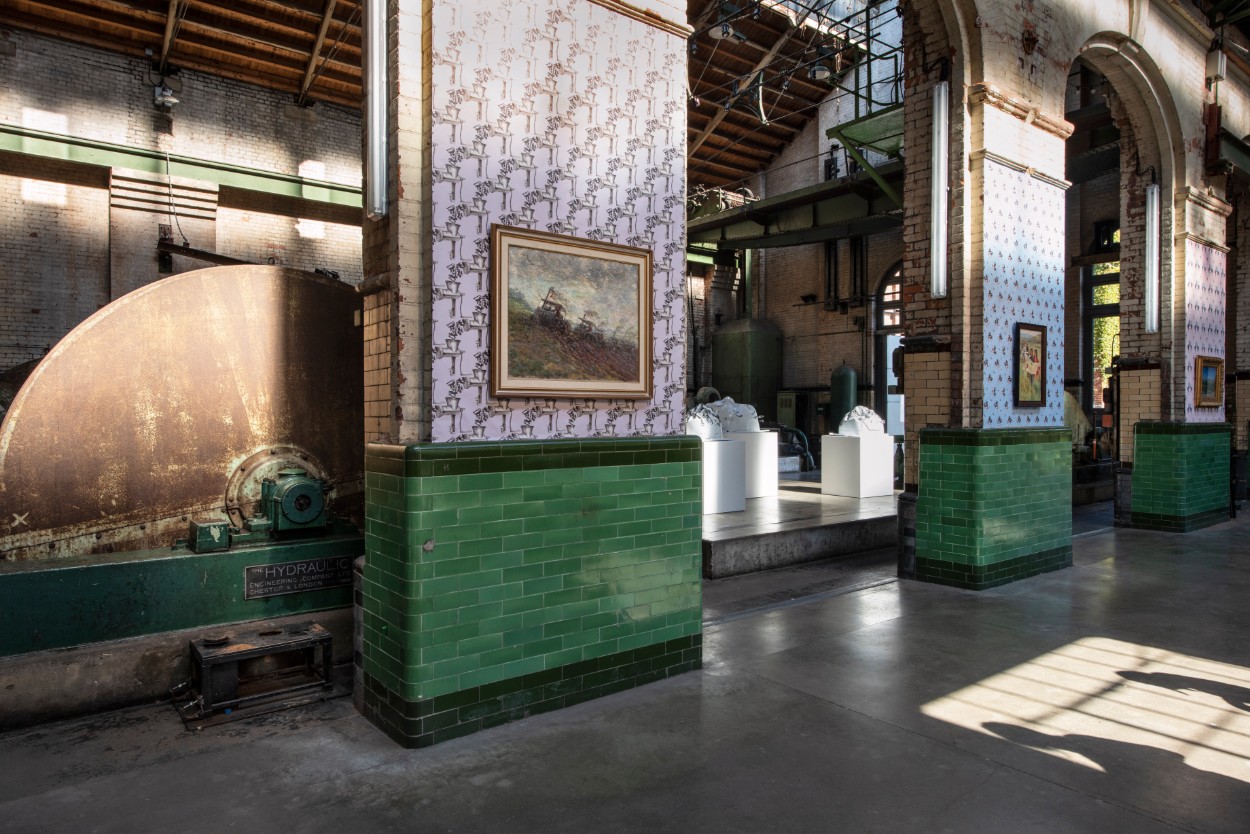 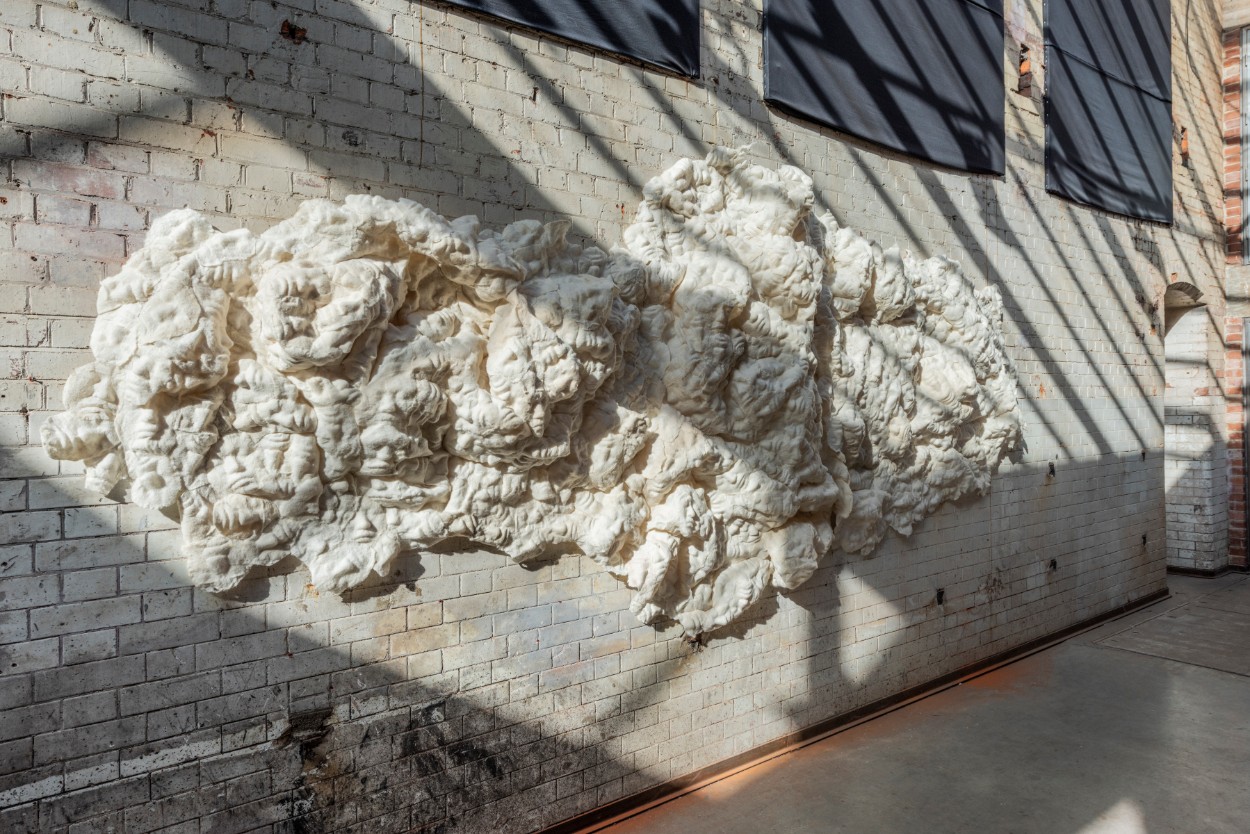 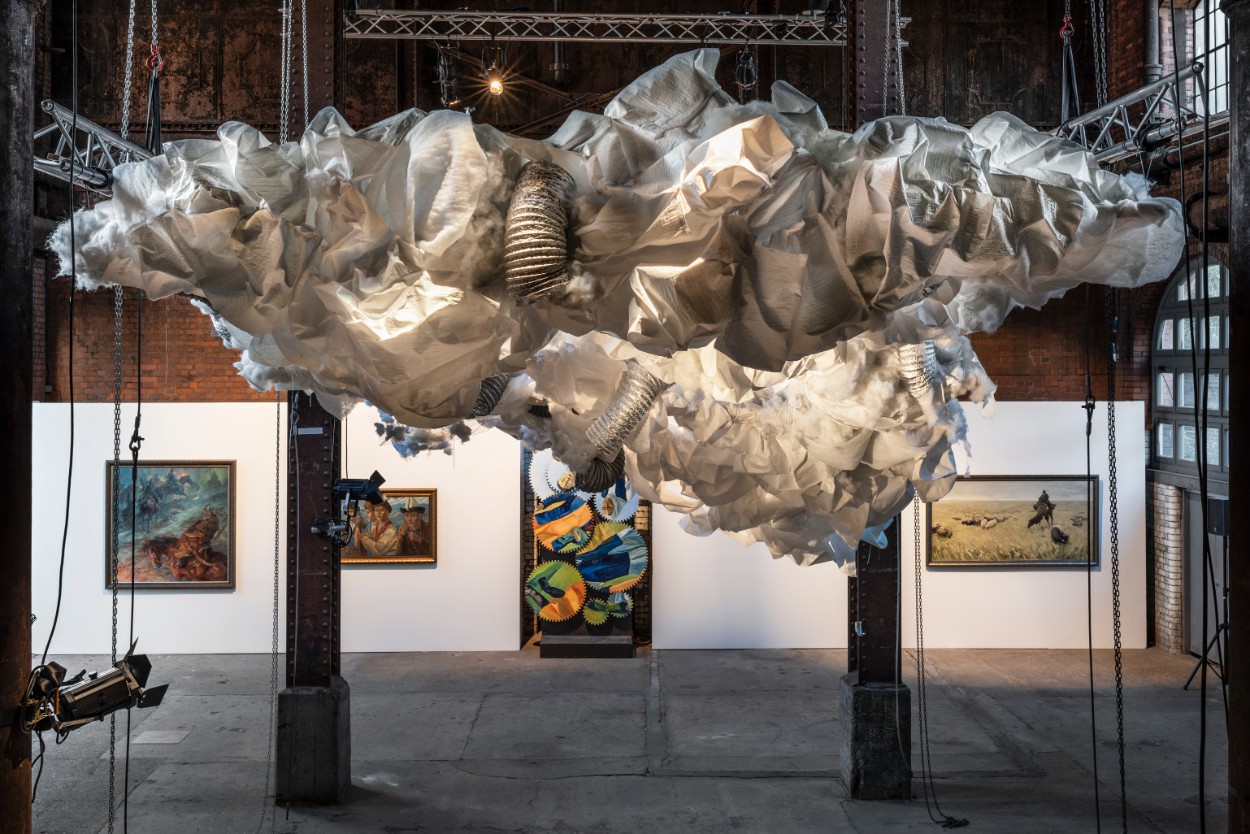 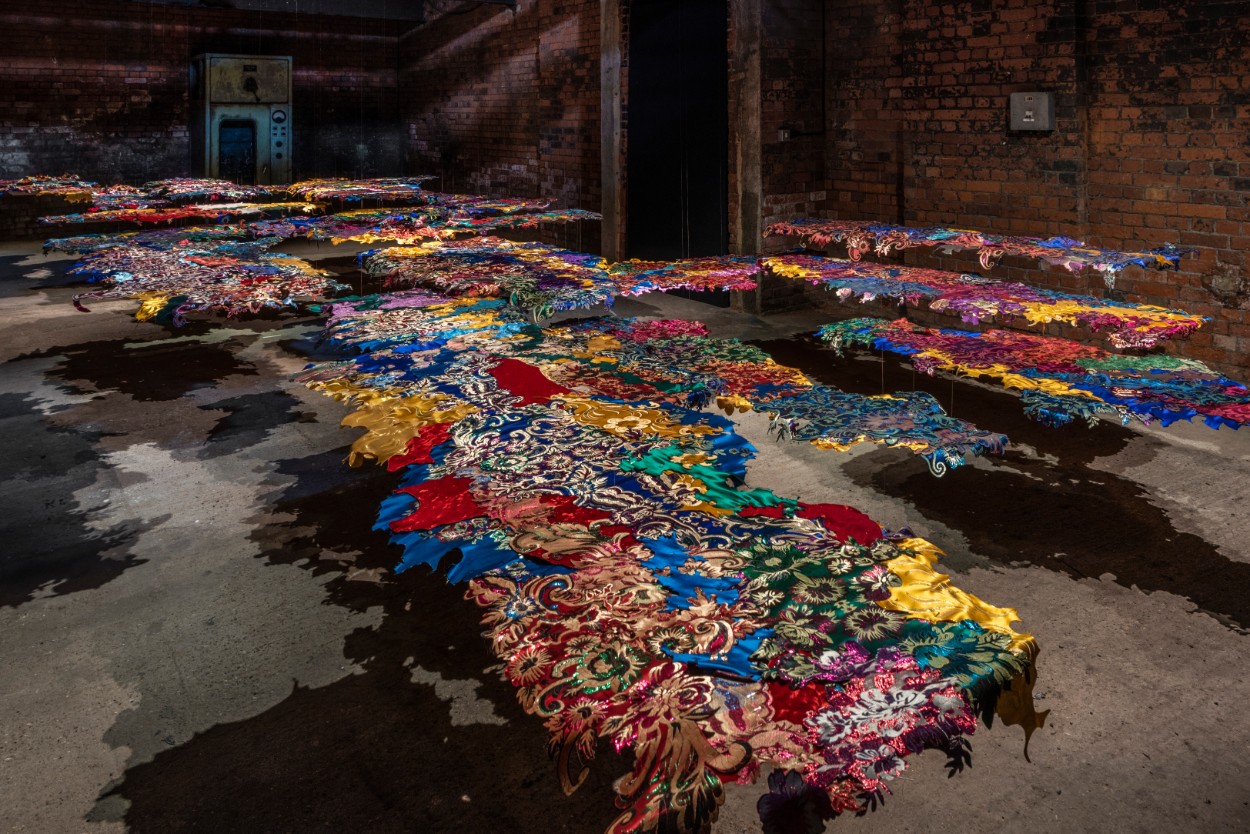 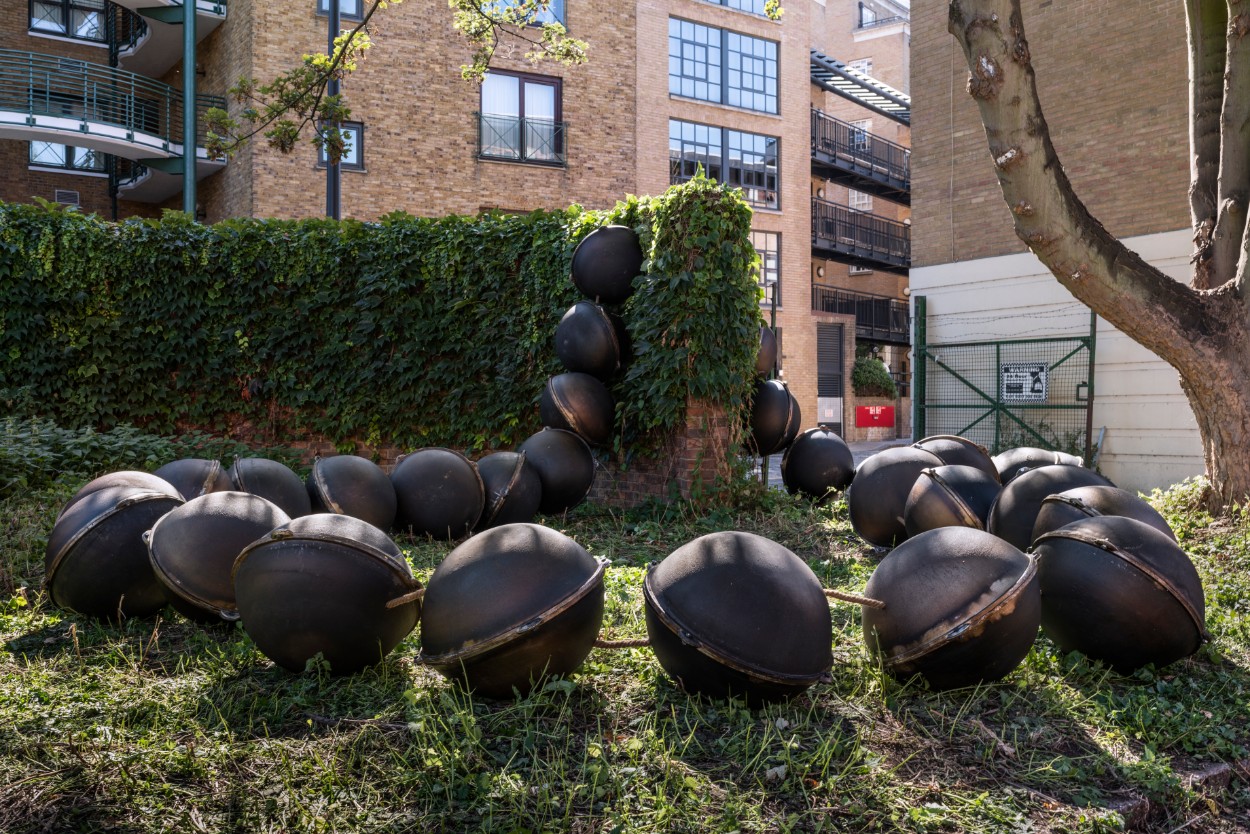 Last night saw the opening of Focus Kazakhstan: Post-Nomadic Mind, which runs through until 16 October 2018, at the wonderful space that is Wapping’s Hydraulic Power Station, on the north bank of East London’s River Thames. 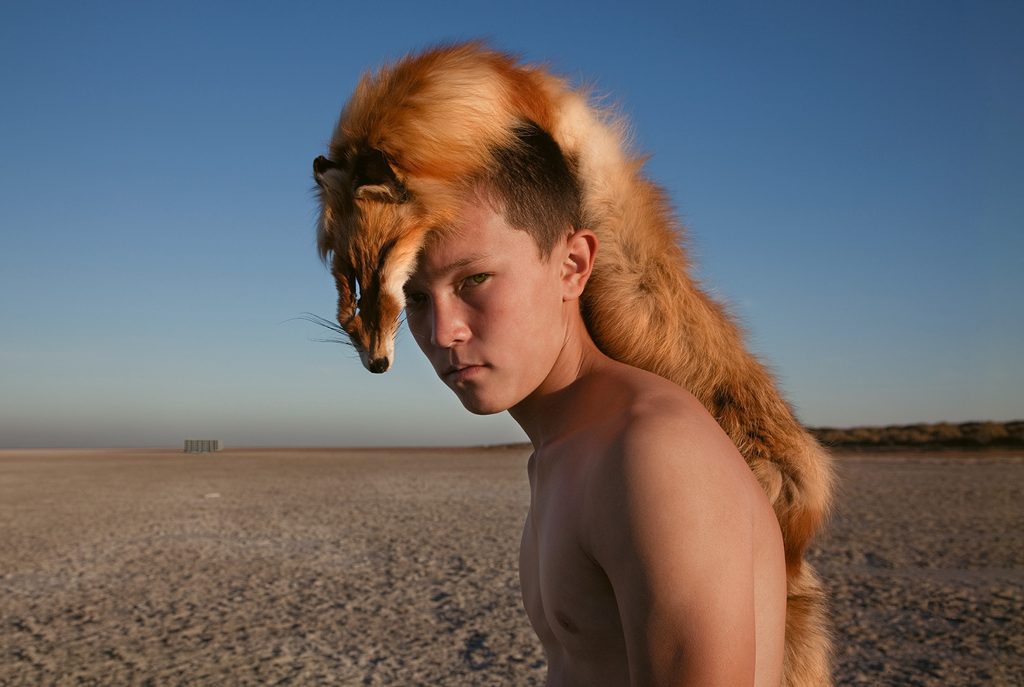 There are 32 artists in the exhibition, including Almagul Menlibayeva, Yerbossyn Meldibekov, Gulnur Mukazhanova, Saule Suleimenova, and Aza Shadenova. They all use a common language of Kazakh post-modernism, working in various mediums including, painting, photography, sculpture, installation and video.

The art history of Kazakhstan is viewed through a series of dialogues held by modern and contemporary Kazakh artists — drawing from nomadic and shamanistic art influences; The Soviet Union’s imposing of the western fine art tradition; the post-Soviet move away from traditional methods by contemporary artists; and the current era of open discourse and revival of previously suppressed culture. 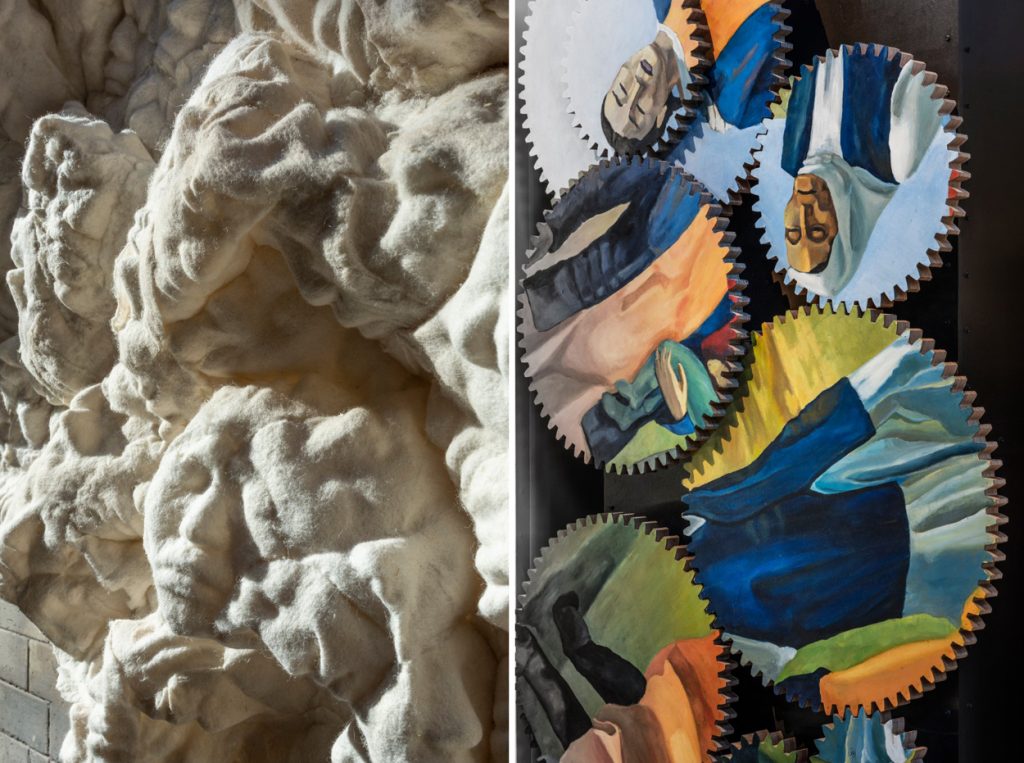 The exhibition considers the history of art in Kazakhstan on an international stage and the developments of the society of Kazakhstan during the process of globalisation. Amongst the region, there is a societal trait to search and find individual and collective identities through the prism of historical and mythological nomadism and its rapid disappearance.

The artist’s works selected challenge the viewer to consider the roles they play on such subjects as nationalism, traditionalism, consumerism, feminism, post colonialism, and post-nomadism.

Works featured in the show include Almagul Menlibayeva’s video work Butterflies of Aisha-Bibi, where the artist stages and films complex mythological narratives, with reference to her own nomadic heritage and the Shamanistic traditions of the cultures of Central Asia.

A piece by Yerbossyn Meldibekov called ‘Communism Peak’ studies the political implications of the sequence of re-naming of one of the mountain peaks in the Pamir range in Central Asia, which has been renamed six times in the last 130 years.

Artist duo, Galim Madanov and Zauresh Terekbay, will display an installation piece previously shown in the Central Asian pavilion at the 54th Venice Biennale entitled Transgression, which reflects on the sudden and intrusive changes in Kazakh society imposed by modernity.

Asel Kadyrkhanova will display her piece entitled Machine, which commemorates millions of nameless victims of the Great Purge in the USSR in the 1930’s, by displaying thousands of arrest warrants with erased data, posing questions of individual participation in collective violence.

Post-nomadic Mind is a part of the Focus Kazakhstan initiative implemented by the National Museum of the Republic of Kazakhstan in association with the Ministry of Culture and Sports.